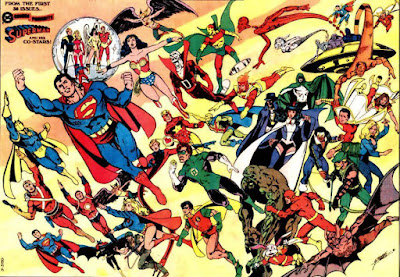 Remembering artist George Perez (June 9, 1954 to May 6, 2022) on his birthday with a special double page spread he did for DC Comics Presents #38 (October, 1981), featuring Superman and all his guest stars from DC Comics Presents (well, until that time....and, missing Aquaman and the Red Tornado). 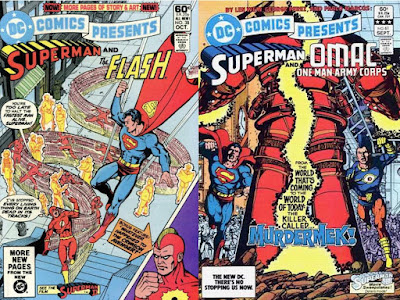 George did draw the cover for that issue as well, and later, did the cover and interiors for DC Comics Presents #61 (September, 1983), featuring OMAC (as well as interior art NOT featuring Superman, as he and Marv Wolfman premiered the New Teen Titans). 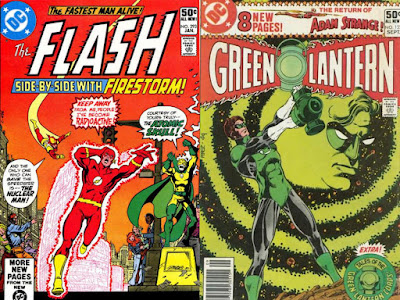 George did many covers for DC as he started work there, including Green Lantern, Flash, Adventure Comics, as well as books he worked on interiors, like New Teen Titans and Justice League of America. 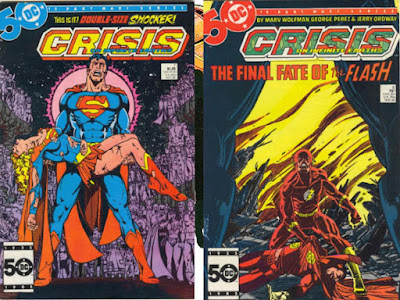 Still only a fraction of the work George Perez did, and, as the years progress, more will be covered here, but it is important to remember his work!

Posted by Dave's Not Here Comic Blog at 6:44 AM