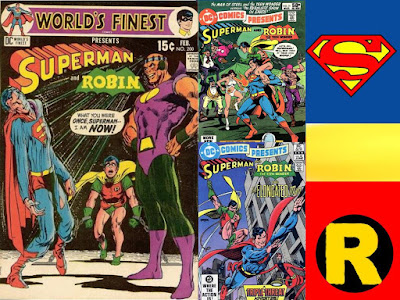 Here's the cases where that happened! 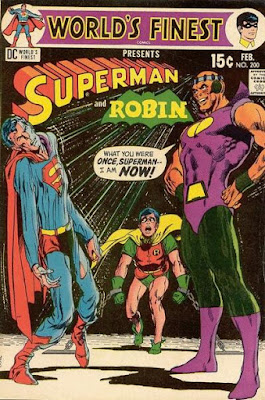 The first time around, Superman and Robin became "Prisoners of the Immortal World" in World's Finest Comics #200 (February, 1971) in a story by Mike Friedrich, Dick Dillin and Joe Giella, under a cover by Neal Adams.

There was a bit of calamity on the campus of Hudson University (where Dick Grayson attended college), with Clark Kent covering the news for WGBS, when two brothers (Dave and Marty) were making the conflict personal, ignoring their safety, being stopped by Robin, but the conflict continued, almost killing all three when a bomb detonated....but they were saved by Superman.  At the same time, in another planet, two brothers there (Migg and Kartal) were looking for a living power source to maintain their immortality, and decided Superman would be a choice, so teleported him to their planet (bring along Robin and the lads by accident).  Leaving Robin and the two behind to be finished off by the local jungle, the alien brothers hooked Superman up to their machine to start siphoning his life.  Robin got the two human brothers to work together, and they ended up where Superman was held captive, and helped him get free, and Superman and the Earthlings returned home, with Dave and Marty having a new appreciation for each other. 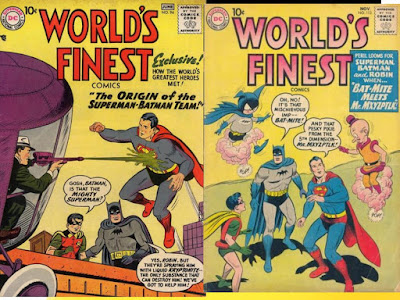 The issue had a one issue text piece interview, with Superman, Batman and Robin reviewing the history of World's Finest Comics, including their origin, the first time Luthor met Joker, the first Mr. Mxyzptlk/Bat-Mite team-up and so much more over 200 issues! 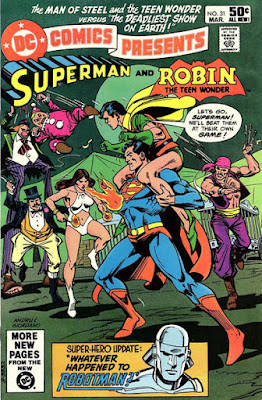 Another spotlight team-up of Superman and Robin happened in DC Comics Presents #31 (March, 1981) by Gerry Conway, Jose Luis Garcia-Lopez and Dick Giordano, with Ross Andru and Dick Giordano providing the cover, which featured the duo facing "The Deadliest Show On Earth".

This time, Robin was sneaking into a circus that was staying in Gotham City, which he did because he saw an old friend of his there earlier that day, but Waldo Simpson the clown didn't recognize Dick (and he should have, as Dick toured circuses with Waldo, as a part of the Flying Graysons).  Robin found the hypnotized Waldo, and other circus folk, and was captured by a hypnotized Superman under the bidding of the mysterious circus master.  Robin was then hypnotized as well, and the two were part of the circus act for a bit (being seen by Lois Lane and Jimmy Olsen, who visited the circus as it was headed to Metropolis next).  That night, Superman freed Robin from his cage, said he was only playing along to find the master and freed the folk, and needed more time.  Sadly, the circus master found this out and set his slaves to attack, and while Superman kept them busy (restraining himself not to hurt the innocent), Robin figured out who was in charge, and helped catch him, freeing those hypnotized as well. 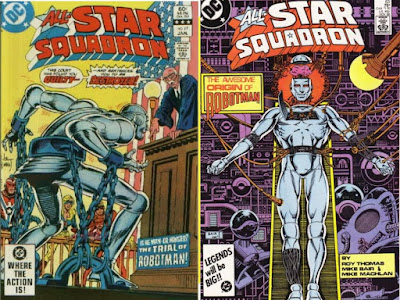 As a back up tale, readers found out "What Every Happened To Robotman?"...

...not the fellow from the Doom Patrol and Beast Boy's best buddy....

....but this guy, who worked with the All-Star Squadron! 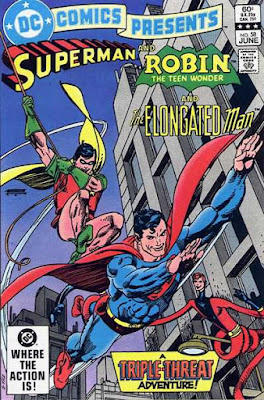 Last, but not least of team-ups featuring the Man of Steel and the Teen Wonder is DC Comics Presents #58 (June, 1983), which also included the Elongated Man, as this trio faced "The Deadly Touch Of The Intangibles" under a Gil Kane cover, with story by Mike W. Barr, Curt Swan and Dave Hunt.

Robin and Elongated Man are helping old circus performers by performing at a benefit for them, while Clark Kent covers the proceedings for WGBS.  His broadcast is interfered with by three men in golden costumes who come through the circus tents (literally!).  The Intangibles freed the circus animals, which Robin helps to stop, as Elongated Man and Superman are unable to lay a hand on the criminals, who embody their name, though Superman does use his vision powers on them (which he really shouldn't have, as these Intangibles were only holograms, designed to harness Superman's vision power energy, allowing the real crooks to power their real intangibility devices!).  The group begin a high powered crime spree in California, targeting movie memorabilia and box office takes, leading the heroes to realize the villains worked in special effects.  The heroes surprise the villains at their headquarters, but they attack Superman with a device that distorts his vision, rendering him momentarily useless, while the Intangibles attack Elongated Man and Robin with special gloves and boots, that allow them to touch the heroes, but the villains remain intangible. 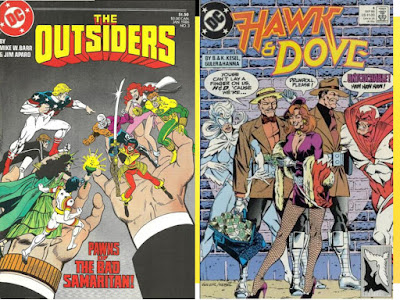 The two figure out how to take the gloves off the villains, forcing them to surrender to be able to eventually become tangible, while the third is stopped by Superman, who returns after clearing his vision (by going to Earth's sun!).

The Intangibles later return to face Looker of the Outsiders and Hawk and the female Dove as the Untouchables! 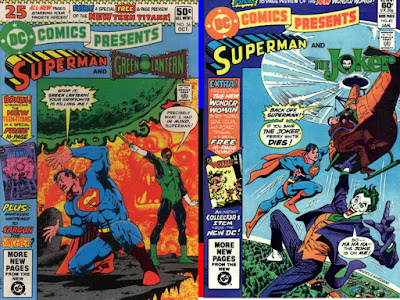 Robin also appeared in DC Comics Presents #26 and #41, but the later was to keep Batman busy so Alfred could recruit Superman to fight the Joker, and the former, was in a special insert, where Robin and Raven met for the first time, and the issue introduced readers to Raven, Cyborg and Starfire for the first time a month before the premiere of the New Teen Titans title (Superman was busy in another story, working with Green Lantern). 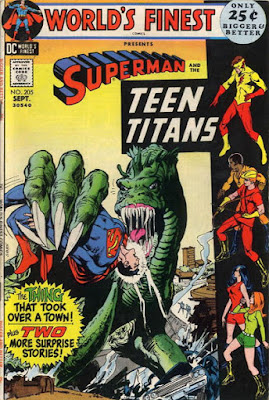 While the Teen Titans never made another appearance in DC Comics Presents, the team did work with Superman in World's Finest Comics #205 (September,1971), facing "The Computer That Captured A Town" by Steve Skeates, Dick Dillin and Joe Giella, under a cover by Neal Adams.

Kid Flash, Speedy and Mal stop a thief in Fairfield, but treat Mal pretty badly after, Donna and Lilith are dreaming about dates back at their apartment, and Clark Kent says the Teen Titans are in trouble, on the air, but doesn't know he did it!  Meanwhile, an old man dies approaching a computer.  Sounds like trouble only Superman can solve....and gets weirder as it goes on.  They find out that old man was Richard Handley, who imprinted his backwards way of thinking on that machine, but, Lilith managed to get a psychic message out to Superman, who came, and stopped the dragon of evil plaguing this small town via an old man's dying thoughts.
Posted by Dave's Not Here Comic Blog at 3:30 AM