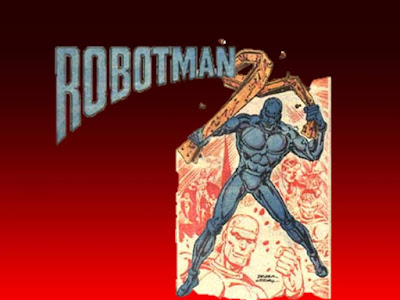 Before Cliff Steele had problems racing, Dr. Robert Crane ran afoul of some criminals trying to steal the robot body he and Chuck Grayson were building, resulting in Dr. Crane being shot by Mason, one of the thieves.  Chuck Grayson transplanted Crane's brain into the stronger, faster robot body...

....creating a cyborg, the man known as Robotman! 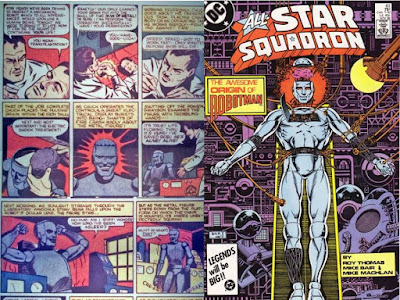 This happened in Star-Spangled Comics #7 (April, 1942) in the story later titled "The Birth Of Robotman" by Jerry Siegel, Leo Nowak and Paul Cassidy, and Robotman did capture Mason, clearing Chuck Grayson of the murder of Robert Crane (though Crane did adopt a new human identity of Paul Dennis at the time).  This story, though not reprinted, was covered in All-Star Squadron #63 (November, 1986) by Roy Thomas, Michael Bair and Mike Machlan. 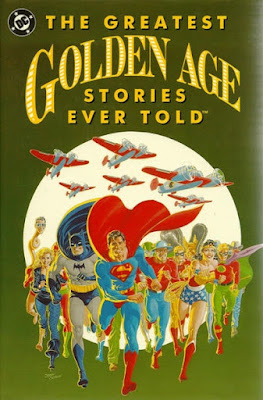 The only of his Star-Spangled Comics tales to be reprinted is from Star-Spangled Comics #77 (February, 1948) by Joe Samachson and Jimmy Thompson, with the story of "Robotman vs. Rubberman", where Robotman (and his robotic dog partner, Robbie) faced off against a man made of rubber, tracking him down through the local circus to catch the criminal.

This story was reprinted in the Greatest Golden Age Stories Ever Told of 1990, under a cover by Jerry Ordway. 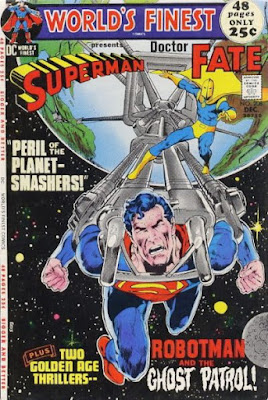 Robotman's first appearance in Detective Comics, Detective Comics #138 (August, 1948) is his next reprint, with "The Inside Story of Robotman" by Otto Binder and Jimmy Thompson, along with retelling Robotman's origin, it detailed his battle with Dirk McGurk, stealing from the Dixon Gem Company, and then wrecking Robotman....until scientists found plans to rebuild Robotman in his heel, rebuilt him, and Robotman was able to bring McGurk to justice, to be able to continue to thwart evil in his hometown.


This story was reprinted as a part of the bureau of missing heroes in World's Finest Comics #208 (December, 1971), under a cover by Neal Adams, featuring Superman and Dr. Fate! 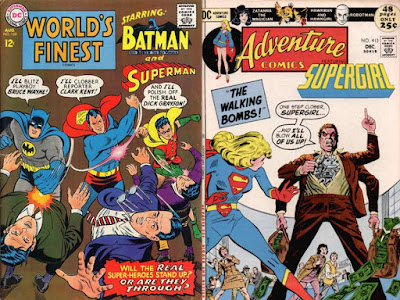 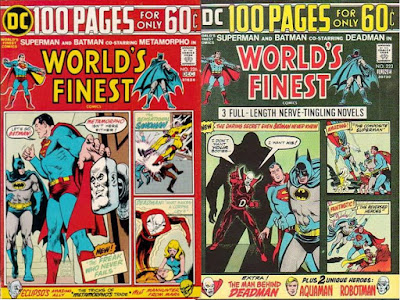 The last of Robotman's reprints, from Detective Comics #197 (July, 1953), with the story "License For A Robot" and art by Joe Certa, was reprinted in World's Finest Comics #223 (May-June, 1974), both with Nick Cardy covers on the reprints. 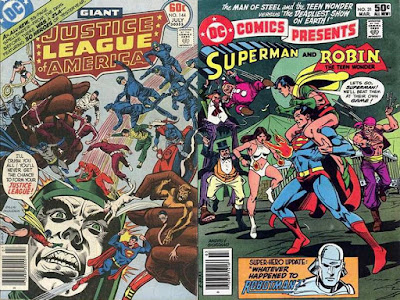 This wasn't the end of the original Robotman, as he made two appearances later in life, being a part of the untold origin of the JLA in Justice League of America #144 (July, 1977, by Steve Englehart, Dick Dillin and Frank McLaughlin) alongside Congorilla and more, and finding out whatever happened to him in  DC Comics Presents #31 (March, 1981 by Bob Rozakis, Alex Sauvik and Vince Coletta), where his robot body had been trapped in a mine until freed, to find Chuck had died (yet willed his body to Robotman, so he could live as a human again).  The now human Robotman even appeared in America vs. the Justice Society #2 (February, 1985), and even later, helping the new Star-Spangled Kid in Stars and S.T.R.I.P.E.! 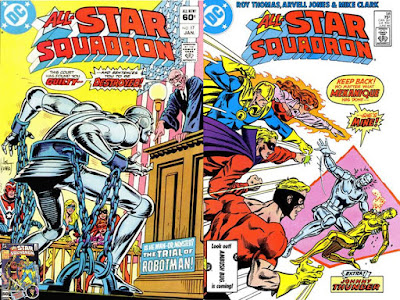 Robotman had ties to the JSA thanks to his time in the All-Star Squadron, a series from the 1980s, set in the 1940s, dealing with "retroactive continuity"...adding depth to stories already printed, giving new life to old heroes like Flash, Green Lantern, Hawkman and Hawkgirl, Dr. Fate,  Atom, Dr. Mid-Nite, Hourman,  Liberty Belle, Johnny Quick and Tarantula  (and allowing them to meet newer ones, like Commander Steel).

After all, we are all more than just machines! 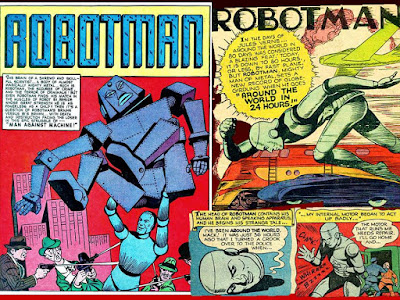 Posted by Dave's Not Here Comic Blog at 4:20 AM