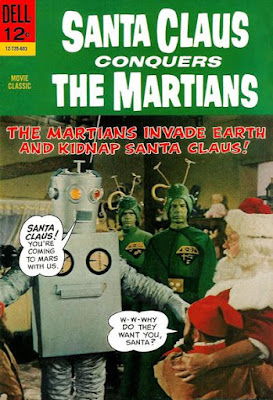 Yes, you've heard it all when you realize that they made of movie called Santa Claus Conquers the Martians.

But, did you know that they made a comic book based on that movie?

Dell did, in March, 1966, with this photo cover with an image taken from the 1964 movie, and interior art by Bob Jenney, based on the story that Paul L. Jacobson wrote for the movie (based on the original story that Glenville Mareth....no comic writer of the story has been identified). 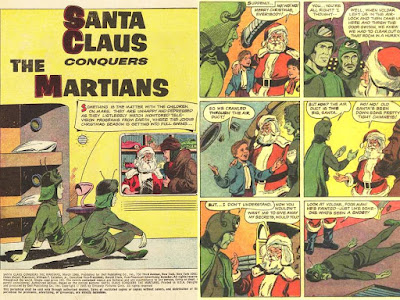 Words cannot describe how truly odd this movie (and comic) were.

But, the movie is famous for having an eight-year old Pia Zadora as one of the Martian children, and for being the first appearance of Mrs. Claus in live action (played by Doris Rich). 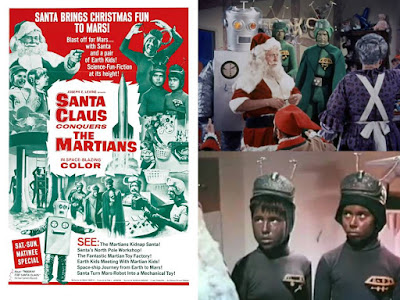 Posted by Dave's Not Here Comic Blog at 4:55 AM