Luthor vs. Batman and Superman Part 1 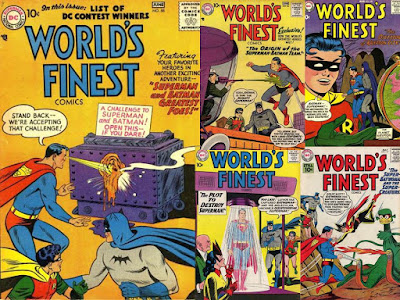 
Let's take a look back at some of these earliest meetings! 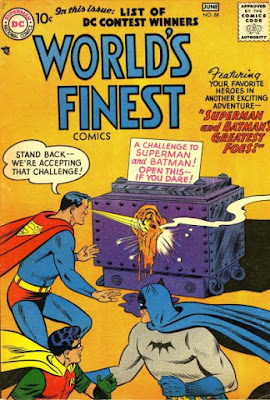 "Superman's and Batman's Greatest Foes" from World's Finest Comics #88 (May-June, 1957) by Edmond Hamilton, Dick Sprang and Stan Kaye was Luthor's first appearance facing the World's Finest team, and he didn't do it alone!

Luthor faced Superman, Batman and Robin with the help of the Joker, and the pair created robots called the Mechano-Men!


All this to the villains advantage, and still they were unable to be victorious against Superman and Batman!


Still, this just strengthened the brilliant Luthor's resolve, as he would come back to face the trio again.... 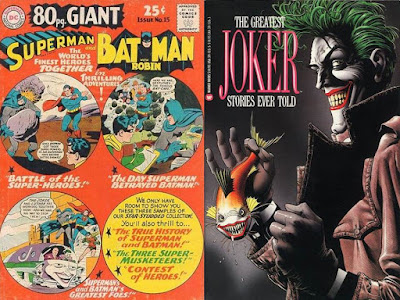 Oddly, Luthor and Joker didn't make the cover of the original printing of this story (by Curt Swan and Stan Kaye), but did for its first reprint in the 80 Page Giant #15 (October, 1965).  The story has also been reprinted in Batman from the 30s to the 70s (1972), the Greatest Joker Stories Ever Told hardcover and tradepaperback (both in 1989), the World's Finest Comics Archives #2 (2002) and in the Superman/Batman: The Greatest Stories Ever Told tradepaperback of 2007, so you have plenty of opportunities to read this tale for yourself! 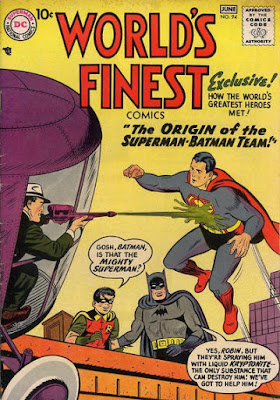 "The Origin of the Superman-Batman Team" from World's Finest Comics #94 (May-June, 1958) by Edmond Hamilton, Dick Sprang and Stan Kaye deals with Luthor escaping from prison, and Superman getting help from Powerman to stop him, leaving Robin to recall how the team originally got together (without Luthor), as well as featuring a main first meeting of Superman and Batman.

This story featured an idea which played out a great deal in these team-ups, that Superman would be overprotective of his human friends, and that Batman seemed to be there to do the thinking and to protect Superman from Kryptonite (at least, this was a limitation of some of the Silver Age stories....). 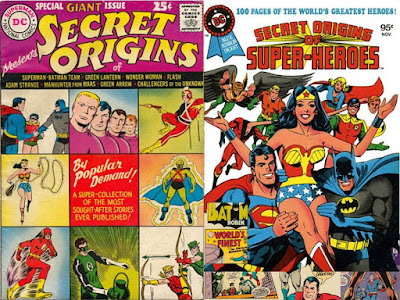 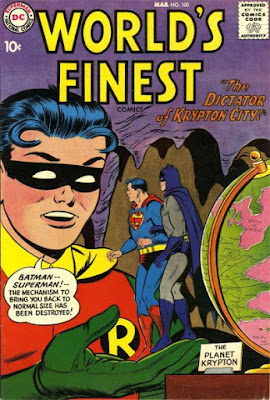 With "The Dictator Of Kandor" in World's Finest Comics #100 (March, 1959) by Bill Finger, Dick Sprang and Stan Kaye, the Superman/Batman stories really started to delve into the individual character's histories...

...with Luthor breaking into the Fortress of Solitude and into the miniature Kryptonian city of Kandor, facing off against a powerless Superman (though Batman and Robin show up, and are able to defeat Luthor and his gang, as they possess no powers to lose)...

...though Superman and Batman are left stuck in smaller size for a time. 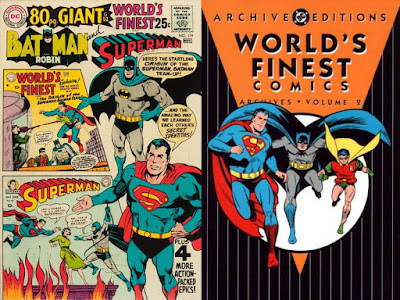 This issue's cover also shows how important Robin was to the early Superman/Batman team-ups, being there since the beginning as well... 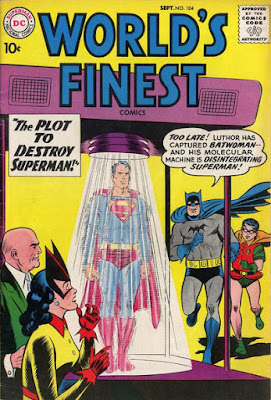 "The Plot To Destroy Superman" is next up, from Worlds' Finest Comics #104 (September, 1959) by Bill Finger, Dick Sprang and Sheldon Moldoff, has Luthor using a science fair in Gotham City as a trap to get rid of Superman.


Luthor might have been able to get away with it, if not for the detective work of Batwoman (Kathy Kane, a woman who decided to take on the bat-mantle, and help the dynamic duo in Gotham City for a time). 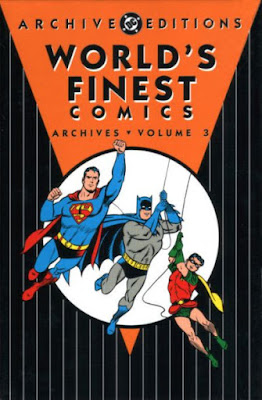 Sadly, this story has only been reprinted in color in World's Finest Comics Archives #3 of 2005...

...which ended just short of getting to our next appearance of Lex Luthor issue... 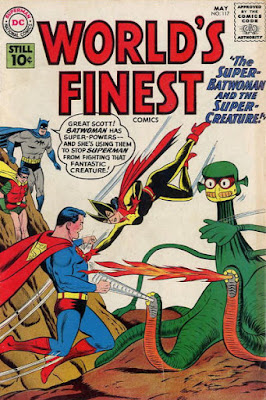 "Super-Batwoman and The Super-Creature" from Worlds' Finest Comics #117 (May, 1961) by Jerry Coleman, Curt Swan and Stan Kaye has Batman and Robin being stopped from catching criminals by a super-creature, and they call Superman for help.  Batwoman trails the escaping criminals to their HQ, finding out Luthor controls the villains as well as the creature, and Batwoman gets bathed in radiation from the creatures eyes, gaining super-powers, as Luthor and his men escape.  The World's Finest team catches up to Luthor, but Luthor finds he can also now control the super-powered Batwoman, and uses her against the heroes, until the team destroys Luthor's monster controlling machine (which also frees his control of Batwoman, and robs her of her new powers). 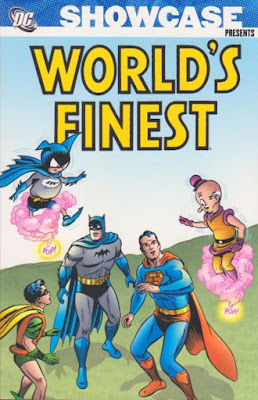 This story has only been reprinted in black and white, in the Showcase Presents: World's Finest Volume #2 of 2008, along with World's Finest Comics #112 to #145.


Wouldn't it be nice to see more of these Superman/Batman team-ups in color?