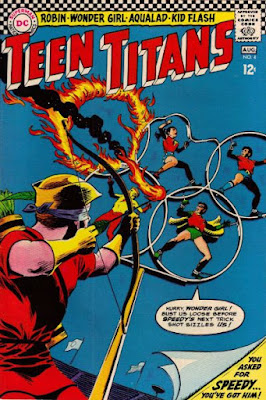 Holy hot rings, Batman!  Continuing a look back at Olympic comic book moments, here's an entry from the swinging sixites by Bob Haney and Nick Cardy, with "The Secret Olympic Heroes" from Teen Titans #4 (July-August, 1966). 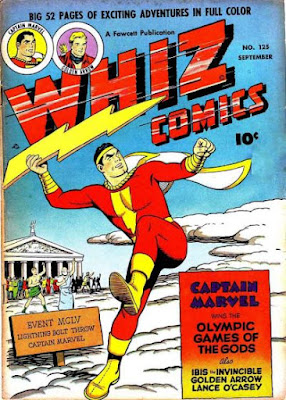 Holy Moley!  When Billy says Shazam!, some of the gods he gets his powers from are Greek.  It took some time, but Captain Marvel was involved in "The Olympic Game Of The Gods!" in a story by Otto Binder and Kurt Schaffenberger, under a cover by C.C. Beck in Whiz Comics #125 (September, 1950).

Posted by Dave's Not Here Comic Blog at 4:33 AM No comments: 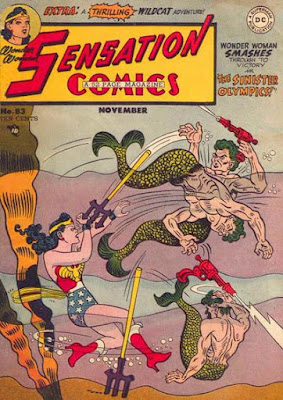 Wonder Woman had Greek beginnings, but it took a trip to the future, where Diana helped President Virtura of the female kingdom of Noman against the male forces Prowd, the director of Elam in Olympic games, in a story by William Marston and H. G. Peter in Sensation Comics #83 (November, 1948) in "The Sinister Olympics".

Posted by Dave's Not Here Comic Blog at 4:44 AM No comments: 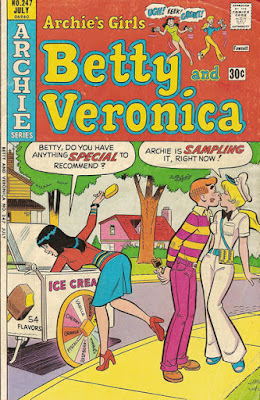 Celebrating National Ice Cream Day, but while Veronica Lodge is looking for ice cream, Archie Andrews is getting his two scoops with Betty Cooper, in this cover by Dan DeCarlo to Archie's Girls Betty And Veronica #247 (July, 1976).

Posted by Dave's Not Here Comic Blog at 3:00 AM No comments: 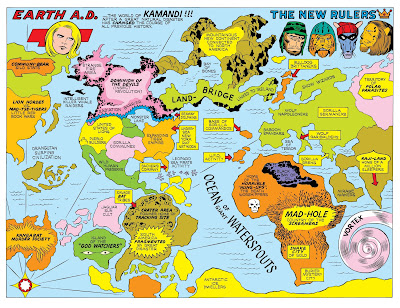 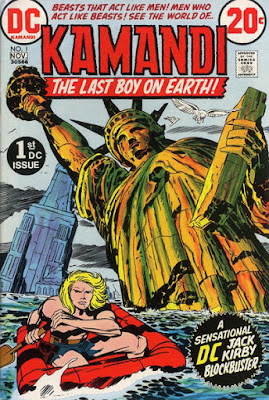 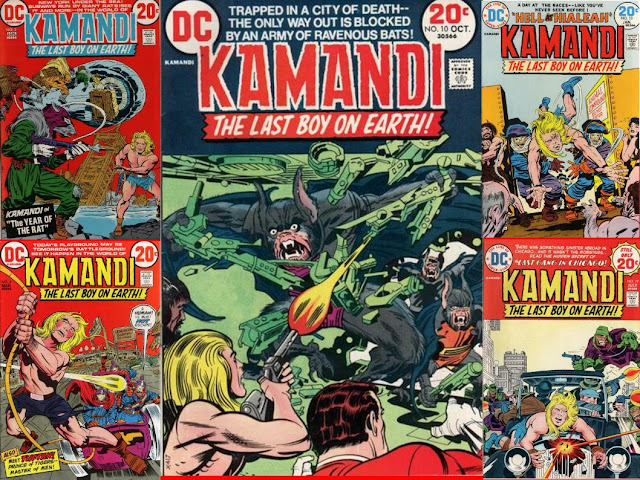 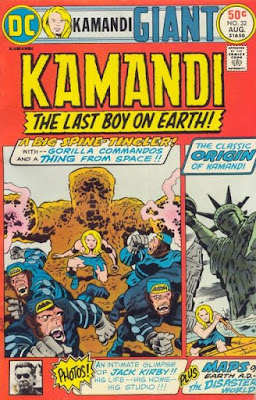 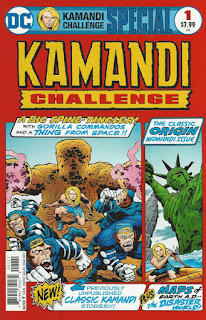 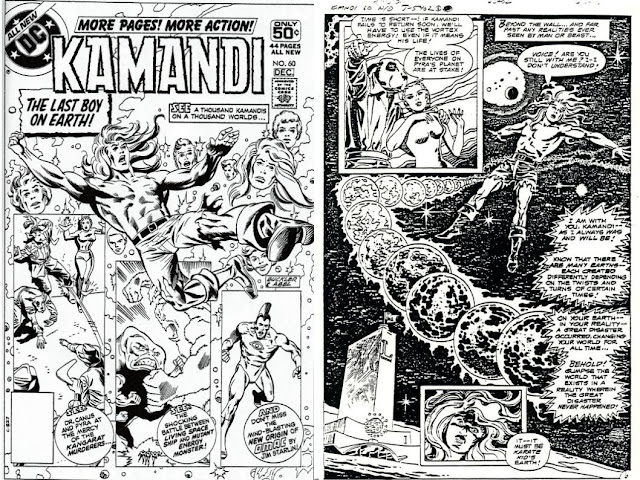 Posted by Dave's Not Here Comic Blog at 10:06 AM No comments: 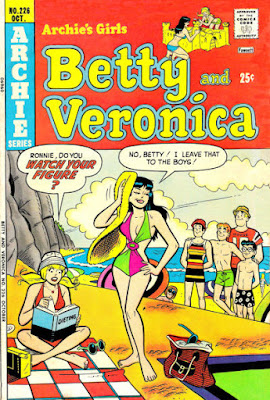 Another year, another National Bikini Day, and this time, just watching Betty Cooper and Veronica Lodge..

...as are Archie Andrews, Reggie Mantle and the boys from Riverdale, as on this cover to Archie's Girls Betty And Veronica #226 (October, 1974) from Dan DeCarlo.

Yes, technically a bikini is a two-piece, so these are swimsuits, but just enjoy the cover and the day....

Posted by Dave's Not Here Comic Blog at 2:44 AM No comments: 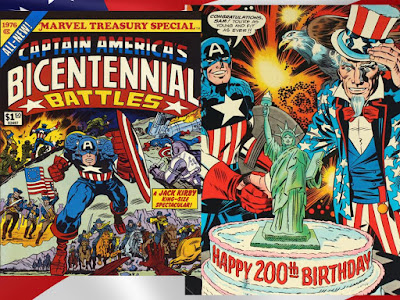 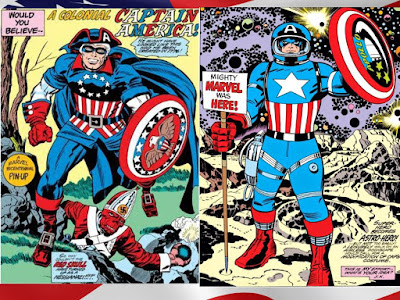 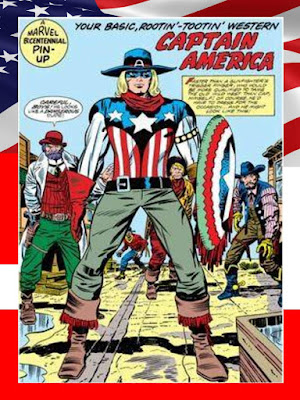 Posted by Dave's Not Here Comic Blog at 1:08 AM No comments: 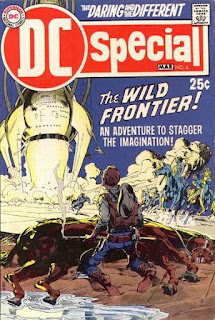 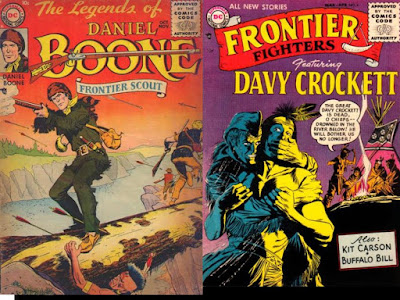 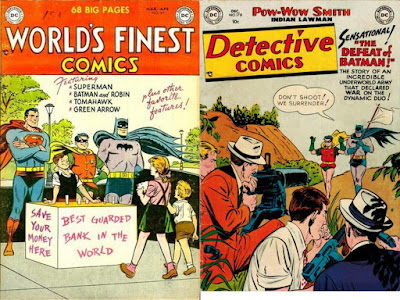 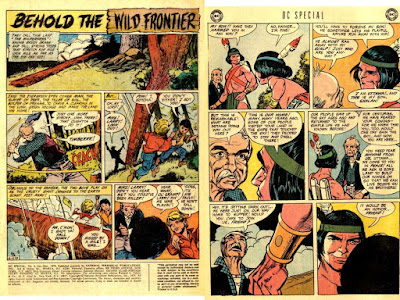 Posted by Dave's Not Here Comic Blog at 2:25 AM No comments: