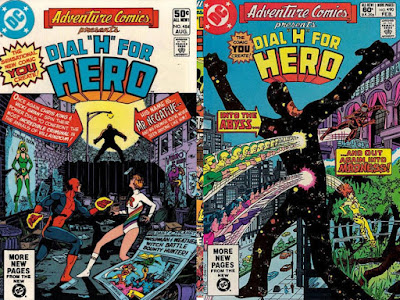 Continuing coverage of covers that George Perez drew, a small group of odd ones from the 1980s...four issues from Adventure Comics (which, sadly, were covers only), that handled the heroes of Dial H For Hero....Vicki Grant and Chris King, who would become new heroes whenever they dialed on their "H"-Dials!

Characters submitted by readers. with the first three of these written by Marv Wolfman, with interior art alternating between Don Heck and Carmine Infantino (with Carmine drawing the interiors on the last, and E. Nelson Bridwell providing the script). 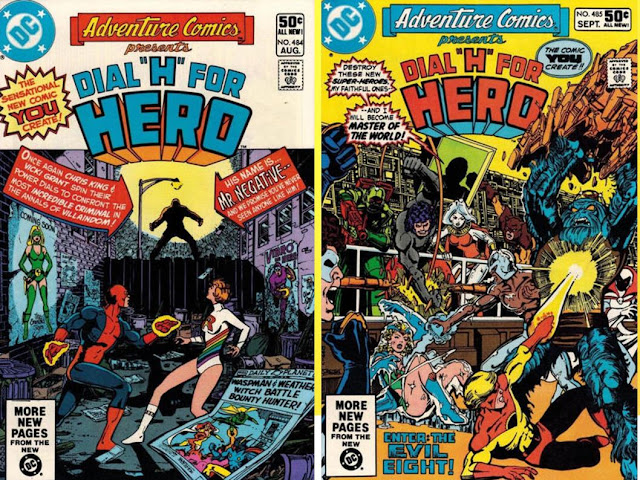 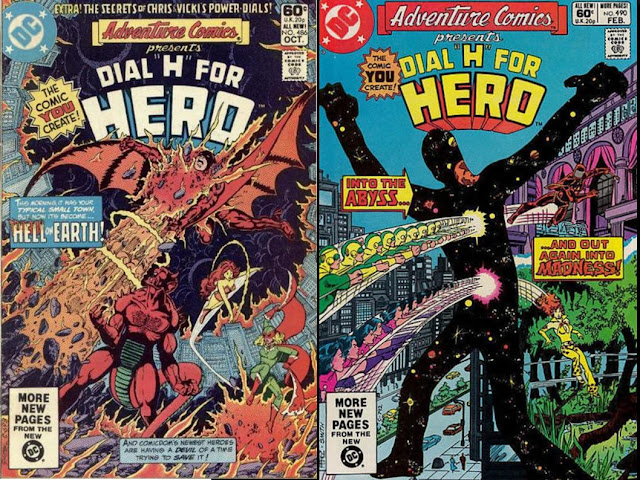 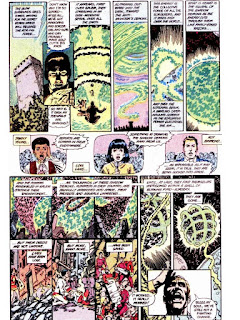 Even if only for a cover, what a thrill it must have been to have a character YOU created, drawn by George Perez!  George even snuck Vicki and Chris, along with original H Dialer, Robby Reed, in the last issue of Crisis On Infinite Earths, behind Green Lantern reporter, Tawny Young (with Vigilante and Owlwoman behind Lois Lane, and the Secret Six behind Roy Raymond!).

Posted by Dave's Not Here Comic Blog at 1:22 PM