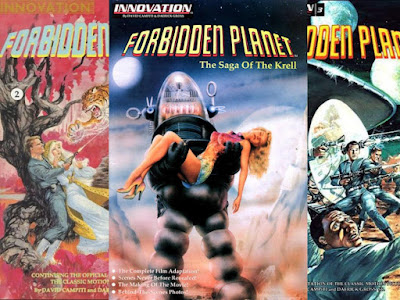 The 1956 classic MGM movie, Forbidden Planet, got a movie adaptation by the short lived comic book company, Innovation, in the early 1990s.

Based off of the original movie script by Cyril Hume, Irving Block and Allen Alder, writer David Campiti provided the comics, with art by Daerick Gross. 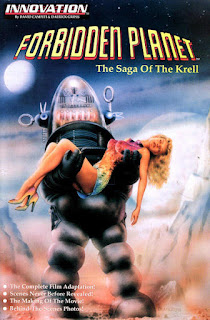 After the four issues were completed (with a bit of a pause between issues 3 and 4) they were gathering in a tradepaperback (common now, but much more of a rarity back then).

A unique way to experience the sci-fi tale of Commander John J. Adams as he and his crew of the United Planets starship C-57D met Dr. Edward Morbius, his daughter Altaria and Robby the Robot on Altair IV, uncovering the mystery that is there, finding out why only Morbius and his daughter survived, as well as uncovering the secret of the Krell. 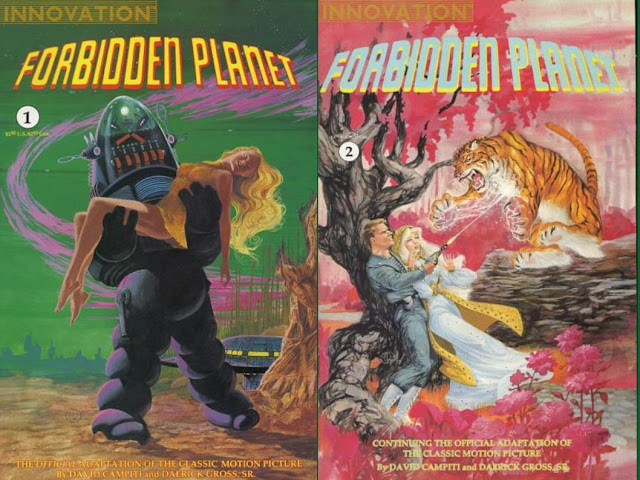 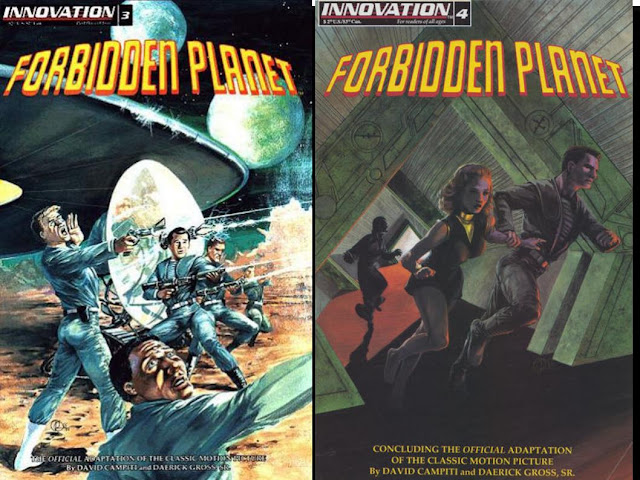