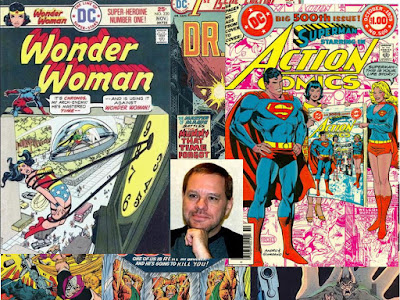 Martin Pasko (August 4, 1954 to May 10, 2020) was a writer/editor for television and animated features for years, but his beginnings were in the comic book industry.

His works proved to be very influential to fans, and later comic professionals as well...

...so, here are a look at a few of his best that I've covered (and a few more that should likely get a look at, sometime in the future!). 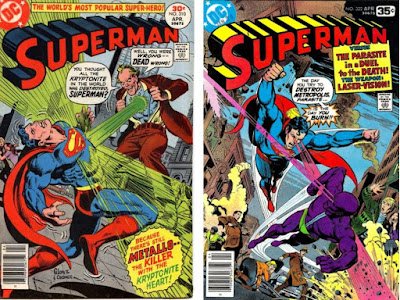 When working on the Superman titles in the 1970s, two of the villains he revived were Metallo and the Parasite.  Both storylines unfolded over many issues, and would be the issues that helped keep them in the forefront of Superman villains (after Luthor, Brainiac and the Phantom Zone villains) for decades to come. 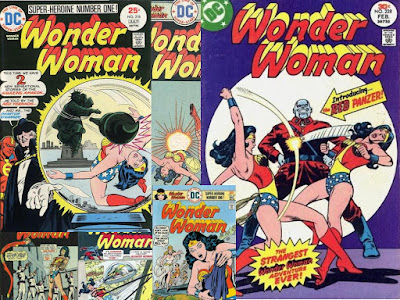 Pasko came into the Wonder Woman title during the later issues of her twelve labors to rejoin the JLA, and stuck around for a few issues after....enough to have two Wonder Women meet, and the adventures to switch to World War II (as was going on TV with Lynda Carter at the time).  Marty didn't stick around for too many WWII issues, though.... 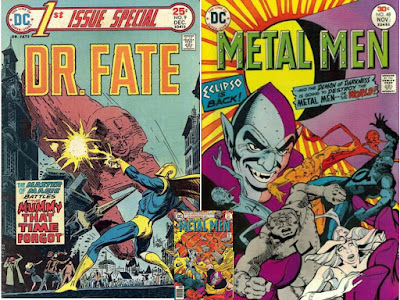 Trying for a bit of a mystical bent, Martin Pasko got an incredible First Issue Special, featuring Dr. Fate (and later wrote the Dr. Fate back ups in Flash in the 300s), and had the Metal Men face Eclipso for two issues of Metal Men, all with art by Walt Simonson. 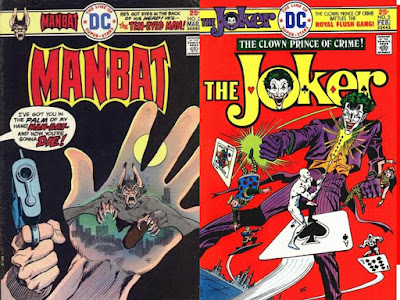 Though not working on the Batman title proper, Marty did work on a few titles around the Batman, most notably Man-Bat and the Joker

(for all of an issue each; writing Man-Bat's later team-ups with Batman and Superman as well in Brave and the Bold and DC Comics Presents). 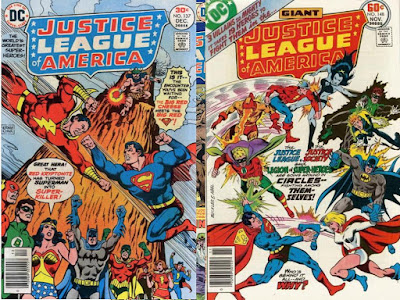 Speaking of team-ups, working with E. Nelson Bridwell and Paul Levitz, Marty Pasko got to write team-ups of the JLA and JSA, with those teams working with the Marvel Family and the Legion of Super-Heroes, respectively, in Justice League of America. 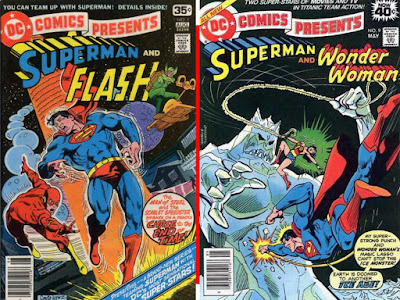 Martin Pasko got to start a title of Superman team-ups in DC Comics Presents, giving readers the first two issues with a race with the Flash, and later issues as well, including a team-up with Wonder Woman, and issues with Man-Bat, Plastic Man and Metamorpho. 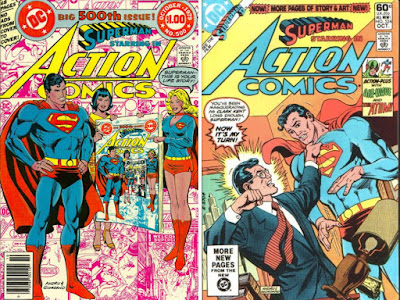 Back to Superman, and one of his best works, Marty Pasko wrote Action Comics 500, a tour of Superman's life, and the follow up issue to that as well, showing his strength as a writer, taking what was there and finding the interesting things in it! 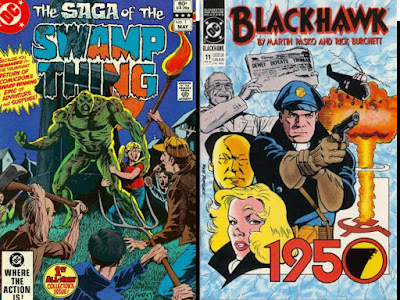 It was his ability to find the character and make stories around that character that served him best...

...including his revival of Swamp Thing in Saga of the Swamp Thing, or in his run with Blackhawk in Action Comics Weekly and Blackhawk's own title.... 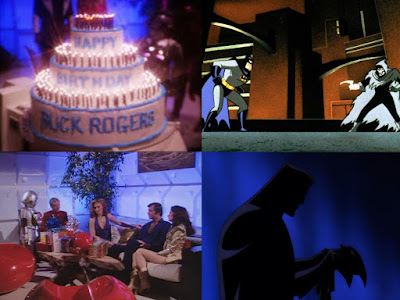 ...in his Hollywood career, where, among so many great credits, he wrote the Buck Rogers in the 25th Century episode "Happy Birthday, Buck" and polished Batman's origin flashbacks in the Batman: The Mask Of The Phantasm movie.... 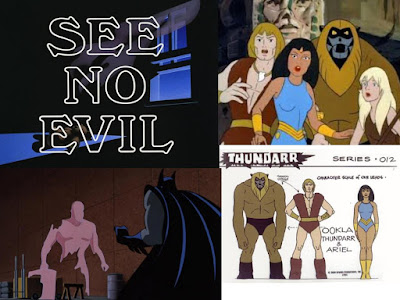 ...in his role as writer and story editor on series like Batman: The Animated Series and Thundarr The Barbarian (where he named Ookla the Mok with friend, Steve Gerber), and why Martin Pasko will be missed.