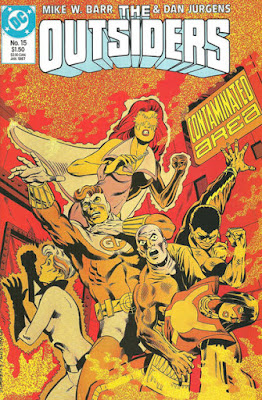 On what was suppose to be Free Comic Book Day 2020, the nation is still dealing with a pandemic, from the unleashed coronavirus, trapped in isolation to prevent contact.


The team of heroes formed by Batman had to deal with a potential pandemic as well....but they were slightly more successful in stopping it before it got out of the lab that created it.


Here is that story from Outsiders #15 (January, 1987) from Mike W. Barr, Dan Jurgens and Mike Gustovich! 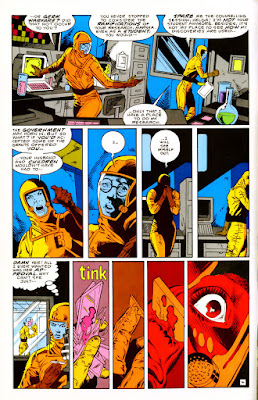 There, she meets with her former student, Dr. Marsha Chandler, who had created an aggressive virus designed to attack the immune system...and Dr. Jace berated Dr. Chandler for creating something that could be turned into a terrible weapon.

This was enough to distract Dr. Chandler, who accidentally exposed herself to the virus, triggering an alarm, and getting Dr. Jace to summon the Outsiders.


The call went to Halo and Katana, who were in the middle of training, and they summoned the rest of the team. 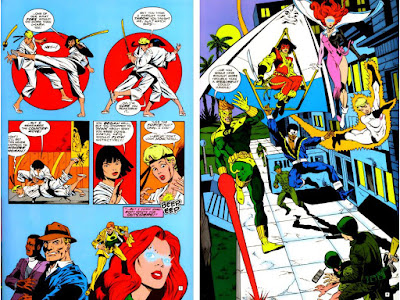 Once at the lab, Black Lightning used his electrical powers to break in, and found gear to prevent them from breathing in any foreign microbes.  The heroes fought a group of the labs' staff, seemingly possessed, then found Dr. Jace and other members in isolation.

Dr. Jace explained that the virus also attacks the brain, and had mutated into sentience.  Dr. Jace, using Dr. Chandler's notes, realized the virus could only survive in hosts, and would not survive long in the air, and thus creating a vaccine would eliminate it. 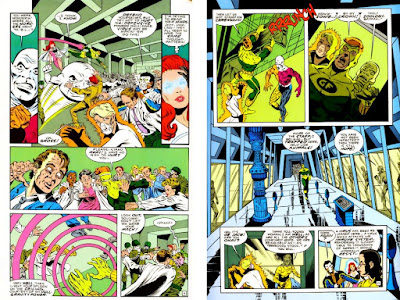 The virus didn't want to die, so it started to possess the military called in for containment, and started to use the lab safeguards against the Outsiders, with the group saved by Metamorpho.  Dr. Jace finished Dr. Chandler's cure....but as Geo-Force saw, was allergic to one of its components.

The team rounded up the military members, and got them the cure,  but the virus took Dr. Jace as a host, but some quick thinking by Looker got the virus out of Dr. Jace's body, ending this possible pandemic before it even started!  Would that it were so easy to wipe out a virus in a day!

Posted by Dave's Not Here Comic Blog at 6:52 AM