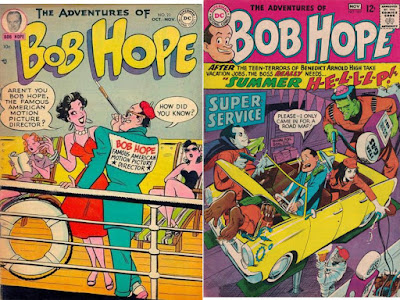 Bob Hope was famous for his vaudeville routines, his road movies with Bing Crosby, and his legendary tours for the USO to entertain the troops. 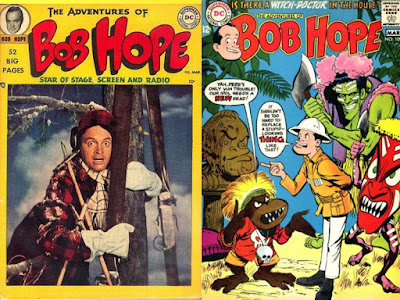 The earliest covers were photo covers! 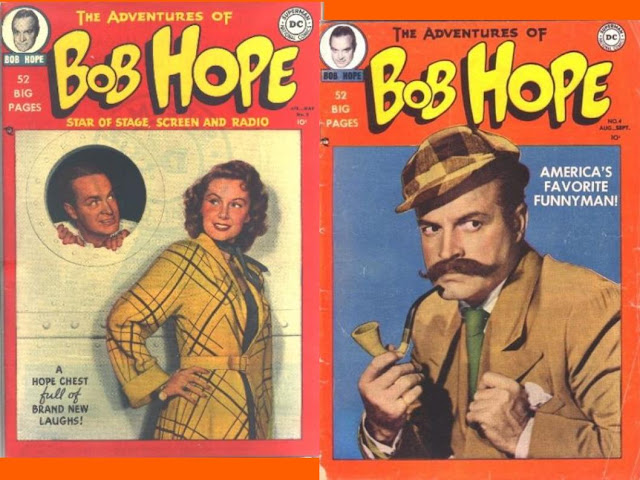 That changed to covers by Owen Fitzgerald 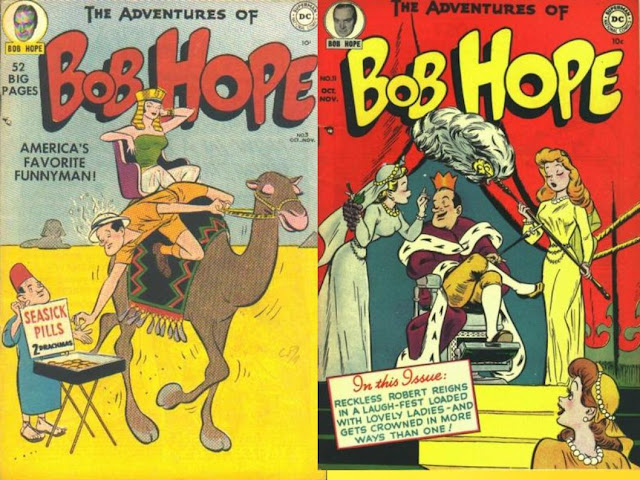 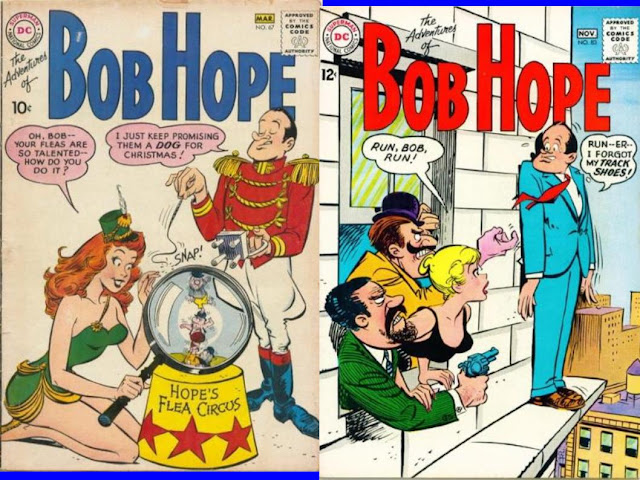 Then covers by Bob Oksner 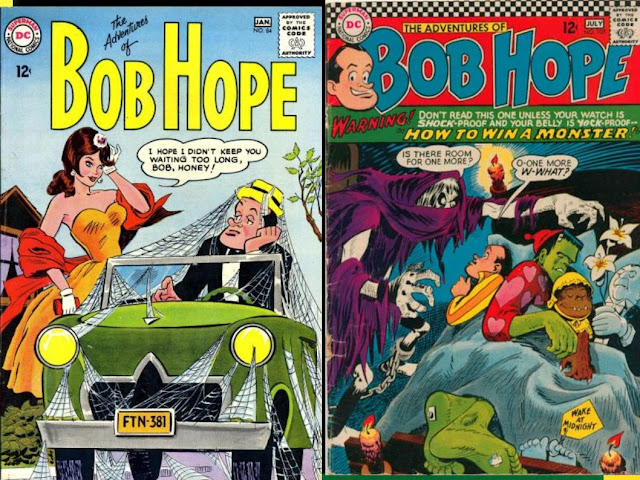 Even covers by Neal Adams! 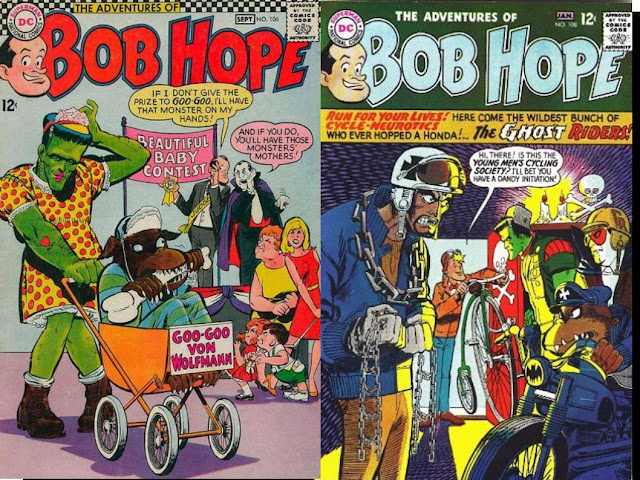 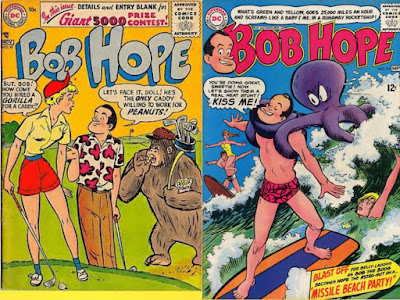 We do remember, and Bob....thanks for the memories!

Posted by Dave's Not Here Comic Blog at 9:22 AM