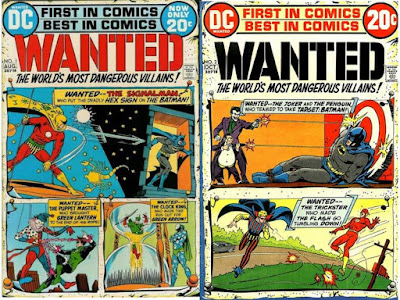 E. Nelson Bridwell was a fan of comics, and an editor at DC.  He loved old comics, and had a bit of success with reprints of heroes fighting villains in two issues of DC Special.  They proved popular enough to warrant the title Wanted -- The World's Most Dangerous Villains! 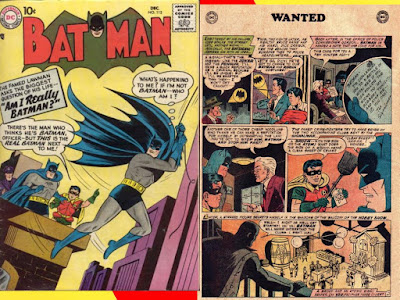 First up, the first story in the first issue is from Batman #112 (December, 1957) by Bill Finger, Sheldon Moldoff and Charles Paris (though this story isn't featured on the original cover by Sheldon Moldoff) which introduces the Signalman! 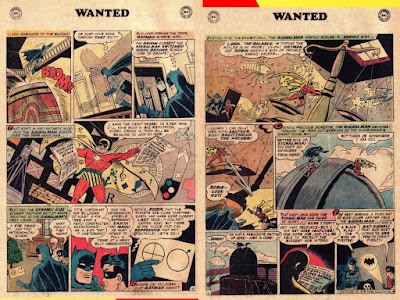 Phil Cobb was a small time hood who wanted to make it big leading a gang in Gotham....so, inspired by the Bat-Signal, he became....the Signalman!  Vexing Batman and Robin with crimes based on symbols, Signalman fought on land, air and sea before the Dynamic Duo put him in prison, where he joined a different gang.

Signalman would return a few times, then got a revival in the 1970s, being in the feature in an issue of Detective Comics that featured the Calculator, and being a member of the Secret Society of Super-Villains that faced the JLA/JSA.


The Crimes Of The Clock King 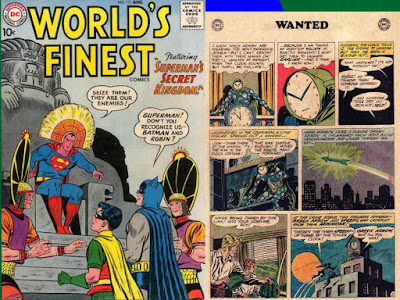 Next up from the first issue of Wanted is the story of the Clock King from World's Finest Comics #111 (August, 1960) by France Herron and Lee Elias (though Superman and Batman featured on the Curt Swan/Sheldon Moldoff cover of the original issue). 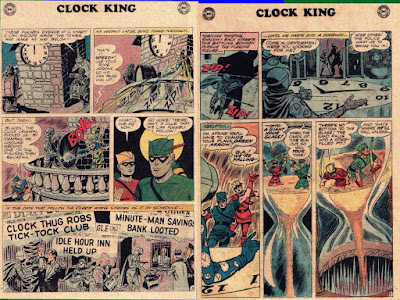 Clock King appeared next working with the next villain and a few others in an issue of Justice League of America (reprinted in giant size) as a Green Arrow villain, and then got a name for his alter ego (William Tockman) and motivation in an issue of World's Finest, then appeared in Crisis On Infinite Earths where he made enough connections to join the Injustice League during Invasion! along with Major Disaster and Multi-Man!


Menace Of The Giant Puppet 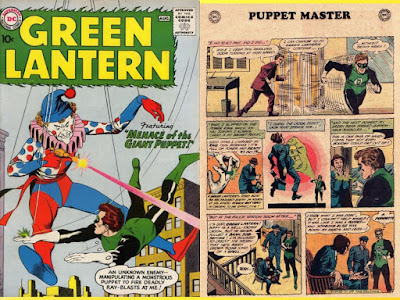 The last story reprinted in issue one is the last story of Green Lantern #1 (July-August, 1960) by John Broome, Gil Kane and Joe Giella (with a knock out of a cover by Kane/Giella), featuring the premiere of the Puppet-Master. 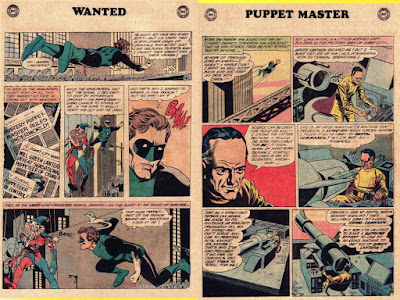 Oddly, the story begins with Carol Ferris, Hal Jordan's boss, who is playing puppet games of her own, thinking how she can win the heart of Green Lantern (not knowing test pilot Hal IS Green Lantern).  Then, Green Lantern deals with some odd burglaries where criminals are robbing banks, but not under their own free will, during parades (where Hal fights a giant float as well...which is like a giant puppet).  Green Lantern continues to track down the Puppet-Master, who is using a hypno-ray to get criminals to steal for him.  Carol wins a date with Green Lantern, but Puppet-Master tries his hypno-ray on Green Lantern, dragging him away.  Thanks to Hal's willpower, he beats the Puppet-Master, and takes him to jail (and faces Carol's wrath as Hal).

Puppet-Master returns with Captain Cold and others working for Doctor Destiny, then returns as the Puppeteer (a name hinted at in the original appearance) to face the Teen Titans (including Cyborg, Raven and Starfire) for H.I.V.E. (and gets an alter ego, that of Jordan Weir). 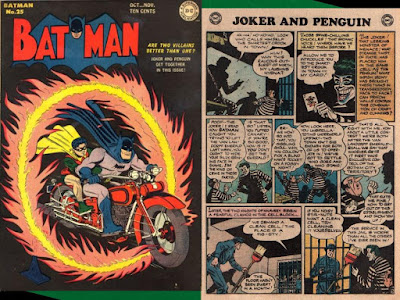 The first story of the second issue features a Golden Age tale from Batman #25 (October-November, 1944) by Don Cameron, Jack Burnley and Jerry Robinson (under an unrelated cover by Dick Sprang), with twice the fun...a team up of the Joker and the Penguin! 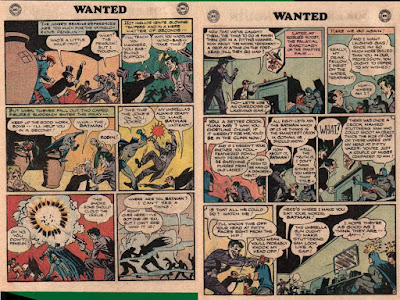 Batman and Robin put Penguin in jail, but, there, he meets the Joker, who has hatched a plan to get the two of them free, which is a sweeping success.  Free, the two villains plan to get revenge on Batman and Robin (who become aware of the villains), but also need cash, so plan to steal the Van Landorpf Emerald (and this is the competition to determine which of them will get to remain in Gotham.  Batman uses the gem to lure the villains into a trap, but, they both appear, and, though reluctantly, do work together to escape.  The villains keep the alliance going, and are successful as a duo, even capturing Batman and Robin, but that proves their downfall, as the Dynamic Duo turn the villains against each other, allowing the heroes to capture them!

Joker's origin was reprinted as well in a Limited Collectors' Edition, while it took a while to get an origin for the Penguin (a story for a later time).

The Trickster Strikes Back 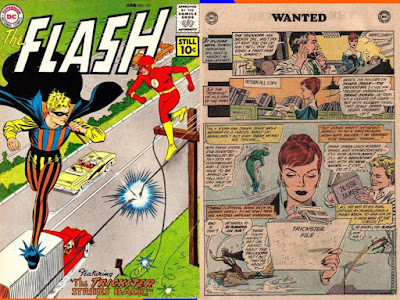 The second story of the second issue was from Flash #121 (June, 1961) by John Broome, Carmine Infantino and Joe Giella, under a cover by Infantino/Giella, and is the second story that the Trickster appeared in, as he tried to disconnect the Flash's phone line! 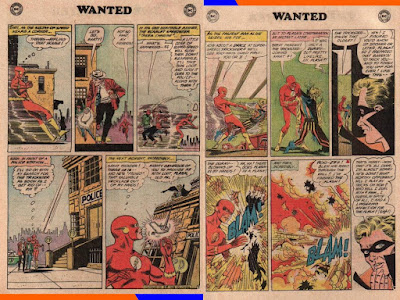 James Jesse is able to use a children's toy to fly free from prison, and, after reviewing his file, reporter Iris West checks in with her beau, police scientist Barry Allen about a date tonight as well as the Trickster (with Barry going off as the Flash to catch him).  After speeding around Central City, Flash tracks down the Trickster (who plays a few practical jokes on the Flash first).  Trickster puts the Flash through his paces, but eventually gets caught.  All this running gives Barry Allen sore feet....which makes him unable to dance with Iris West on their date!

Trickster's first appearance was first reprinted in a Flash Giant, and the Trickster would return again and again to vex the Flash (including two Flashes in his next appearance), as well as later facing Black Lightning and Blue Devil, as well as joining the Secret Society of Super-Villains. 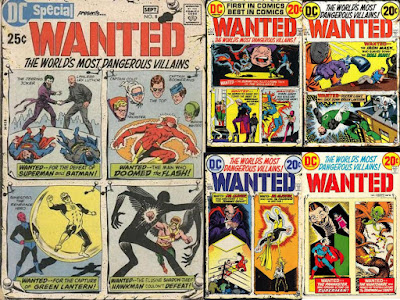 These weren't the only issues of Wanted -- The World's Most Dangerous Villains, and Bridwell had even teased future team-ups in the letters' page of issue number one, as well as answering letters on 100 Page Super-Spectaculars, which were full of reprints, though not necessarily with villains, like the two DC Specials that led to this issue!