The classic Universal Monsters have been reincarnated in Mego-style, with series two release of Count Dracula and the Mummy called Imhotep for EMCE Toys Retro Cloth line. 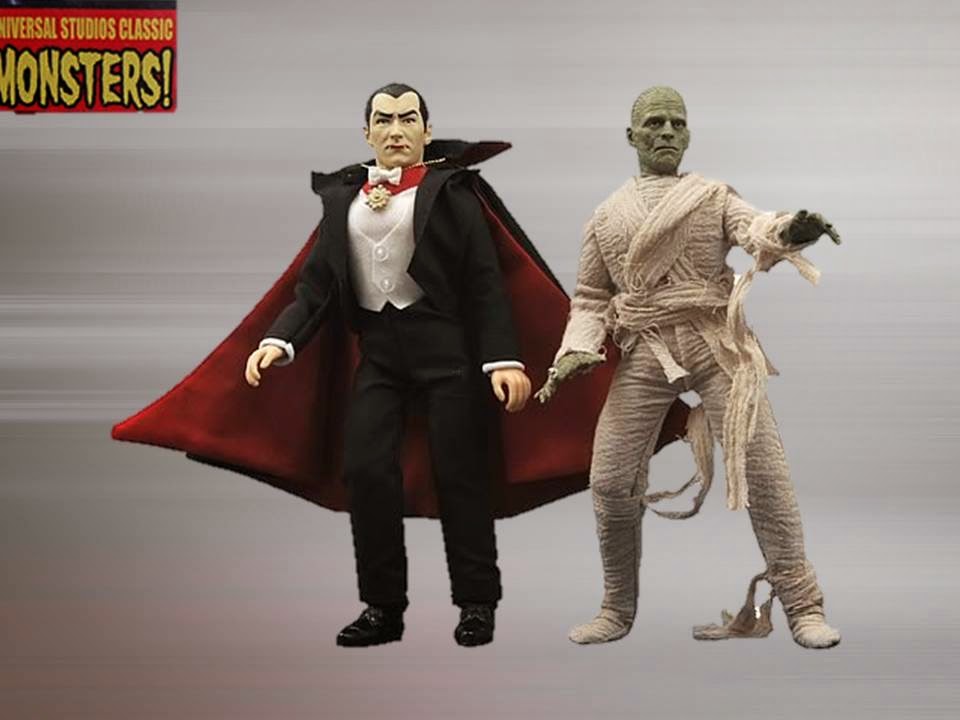 Eight inches with 14 points of articulation for all your classic Universal monster needs!

Following the success of series one, which had Frankenstein's Monster and the Wolfman...

here are two more creatures that go bump in the night! 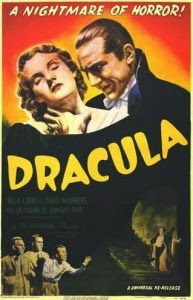 Dracula, premiered in the movies in 1931, with Bela Lugosi as the titular monster.  A vampire lord of some power who plans on expanding his evil influence past his small castle onto the greater society, he is undone by the end of this movie.

The Dracula idea continues with Dracula’s Daughter in 1936 (with no Dracula), Son of Dracula in 1943 with Lon Chaney Jr. as Count Alucard (aka Dracula!), House of Frankenstein in 1944, House of Dracula in 1945 (in both Houses, John Carradine was Dracula), and Abbott & Costello Meet Frankenstein in 1948, only the second time Bela Lugosi played Dracula, and the last of Dracula before the Hammer Films of the 1950s and 1960s, which took advantage of color in films, especially the color red!

Each of those later movies were deep in blood red... 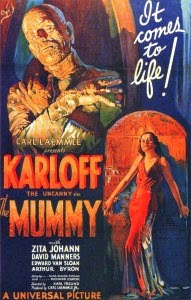 The Mummy, premiered in the movies in 1932, played by Boris Karloff, and was an ancient Egyptian priest named Imhotep who was revived, and tried to bring back his Princess.  He wasn’t successful.

This movie franchise did not have direct sequels, but instead spawned remakes early on…starting with The Mummy’s Hand in 1940, The Mummy’s Tomb in 1942, The Mummy’s Ghost in 1944 and The Mummy’s Curse in 1944 (all with Lon Chaney Jr as the Mummy, Kharis).

Kharis returns in Abbott & Costello Meet the Mummy in 1950, with Eddie Parker being the Mummy for this feature, which would be the last appearance of a classic, Universal Monster Mummy.

Future releases would be incredible, just to have versions of the Phantom of the Opera, the Invisible Man, the Bride of Frankenstein and even Dr. Jekyll’s alter-ego Mr. Hyde and the Creature from the Black Lagoon as well!

Posted by Dave's Not Here Comic Blog at 7:09 AM