Son of Monsters are Universal 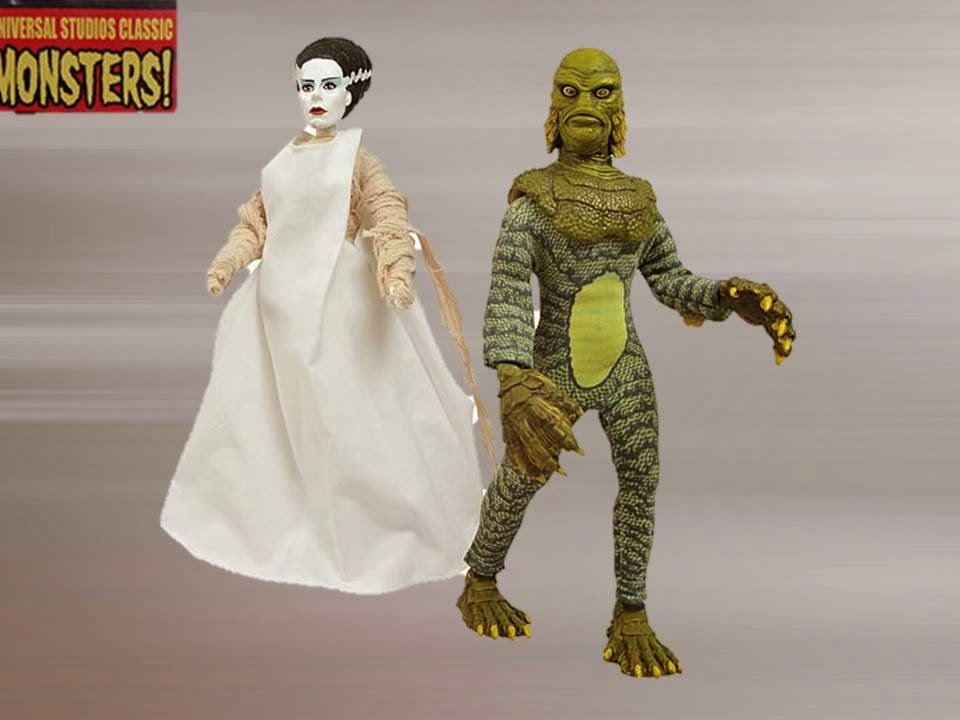 In this case, it is a son and a daughter!  But, either way, it’s more classics from the Universal Monster vault, this time being the Bride of Frankenstein and the Creature from the Black Lagoon in Mego-style!

The Universal Monsters Retro Cloth Action Figures Wave 3 stand 8-inches tall, with over 14 points of articulation and authentically detailed full-cloth outfits, packaged in re-sealable clamshell packaging…with the Bride in her cloth gown and the Creature all green and scaly.
Who wouldn’t love that around Halloween?

The Bride of Frankenstein

The Bride of Frankenstein came out in 1935, and was the first sequel to Frankenstein, and featured most of the same cast, adding Elsa Lanchester to the cast, as the titular character.

One of the greatest sequels of all time, and a true delight for the fans of Frankenstein.  Sadly, she made no future appearances in the classic Universal Monster films, though her look and idea has become iconic…and is a favorite among female horror fans (and the male fans who adore them!).

Phyllis Diller even took on the role for the 1967 Mad Monster Party (and she was quite the fright!).


The Creature From The Black Lagoon 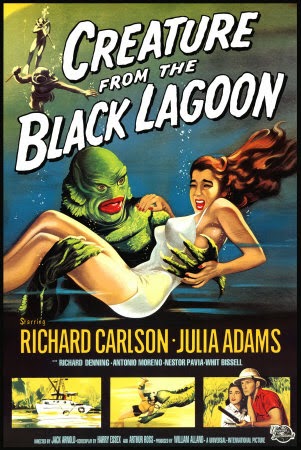 The Creature from the Black Lagoon was the Gill-man, and the movie came out in 1954, starring Richard Carlson as David Reed, Julia Adams as Kay Lawrence (the girl in the poster),  Richard Denning as Mark Williams, Antonio Moreno as Carl Maia, and Whit Bissell as Dr. Edwin Thompson, with the Creature being portrayed by Ricou Browning underwater, and by Ben Chapman on land.  Guess he couldn’t share space like Aquaman does.  The film originally came out in 3-D, and had two later sequels, Revenge of the Creature (which came out in 1955, and had Clint Eastwood in a small uncredited role as a lab technician, and was also in 3-D, and Tom Hennesy taking over as the Creature on land), and it’s sequel, The Creature Walks Among Us, which came out in 1956, and featured Don Megowan under the make-up on land (Ricou played the Creature underwater in all three movies), with none of the scientists, creature hunters or victims moving on through the movie series… 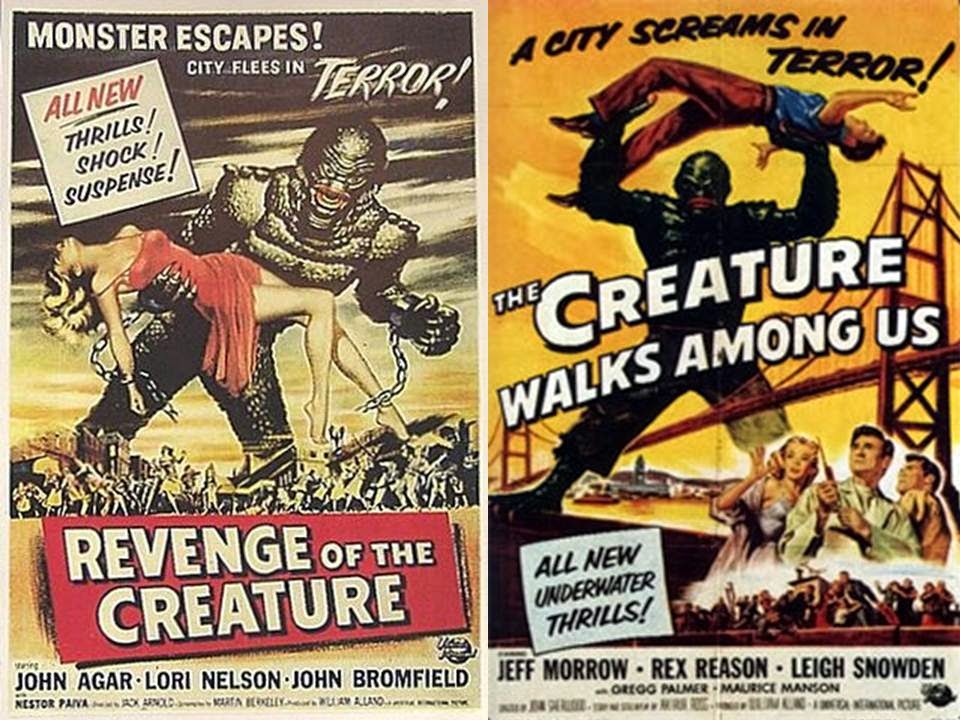 Though only in black & white, these movies took advantage of advances in movie-making, which allowed them to film underwater (and, of course, the early 3-D process, which, when you donned your special red and blue lensed glasses, made you feel the action in the movie was coming at you!).  Well, it was early in the process, but it was the beginning of the idea…and tried to draw more people into the theatres.

With wave one of Frankenstein and the Wolfman, and wave two with Dracula and the Mummy, the majority of the early Universal Monsters have been translated into Mego-like figures.  Who will be next? Can we hope to see the Invisible Man?  Dare we dream of the Phantom of the Opera?
Posted by Dave's Not Here Comic Blog at 8:19 AM

Email ThisBlogThis!Share to TwitterShare to FacebookShare to Pinterest
Labels: Action Figures, Bride Of Frankenstein, Creature From the Black Lagoon, Mego