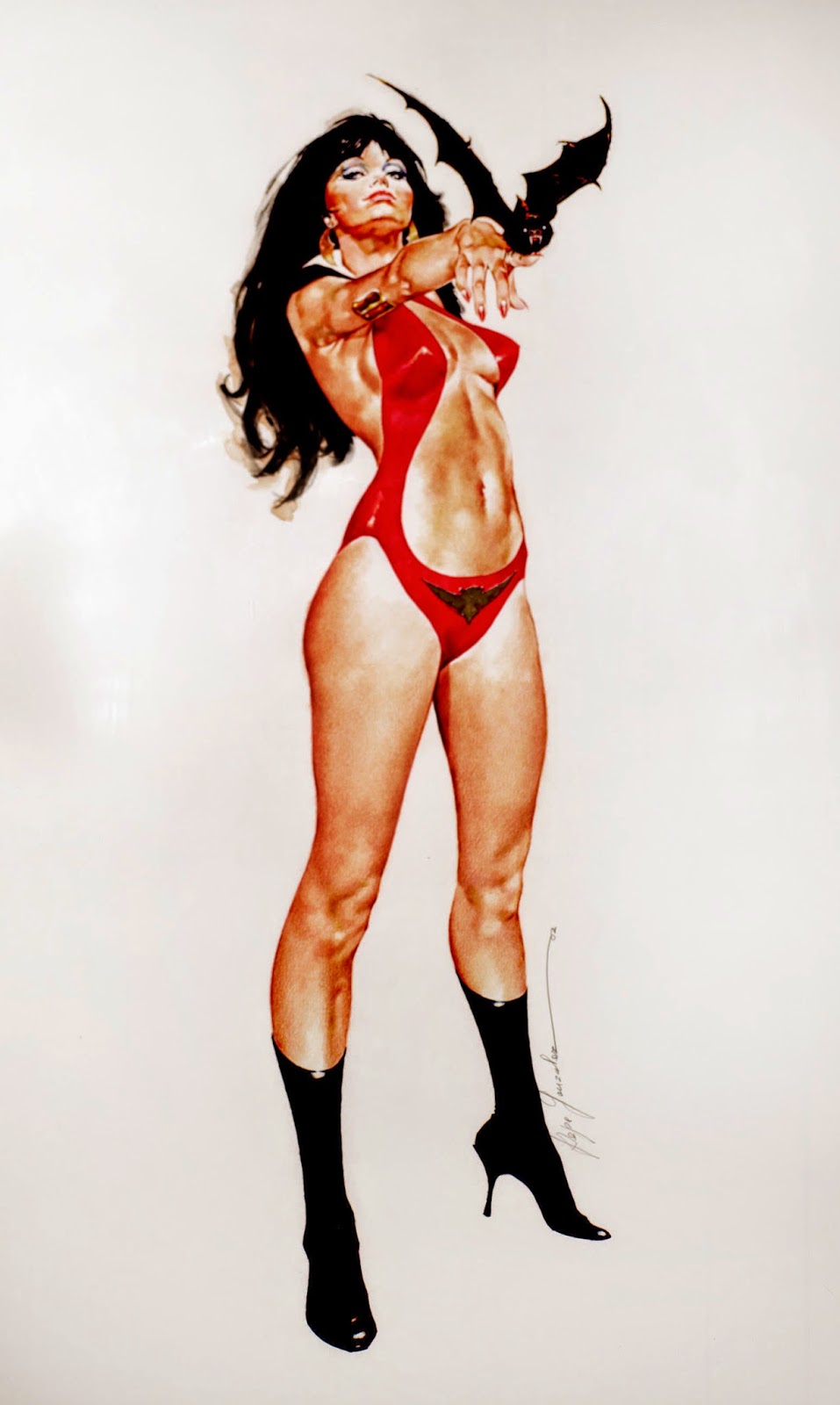 Back before Pamela Anderson made blonds synonymous with red swimsuits, there was a sexy brunette who did the same, and she did it all for fifty cents…and mostly in black and white as well!

Vampirella premiered in Vampirella #1 (September, 1969), with a stunning cover by Frank Frazetta.  Vampirella was created by Forrest J. Ackerman, and though Tom Sutton did the art of her first appearance, Trina Robbins came up with the hair and design of her iconic look.

Vampirella was an alien vampire from the planet Draculon, and for the first seven issues of her Warren Publishing magazine, she was the hostess of tales of horror…with tales of her own starting with her getting her regular costume (in a tale with art by Mike Royer in #2, in November, 1969) and with issue #8 (November, 1970), her adventures were a regular feature, when Archie Goodwin first took over editing of the book.

The magazine proved quite popular, and even added color inserts over time (but still stayed mostly black and white), and was published in magazine format, mostly to get into better circulation and avoid the Comic Code Authority of the time (the tales were a little racy…though nothing like the magazine 1984/later called 1994, and its tales, especially those of Frank Thorne‘s Ghita of Alizarr…very loosely based on his work with Red Sonja at Marvel…but, Ghita was a blond, not a redhead). 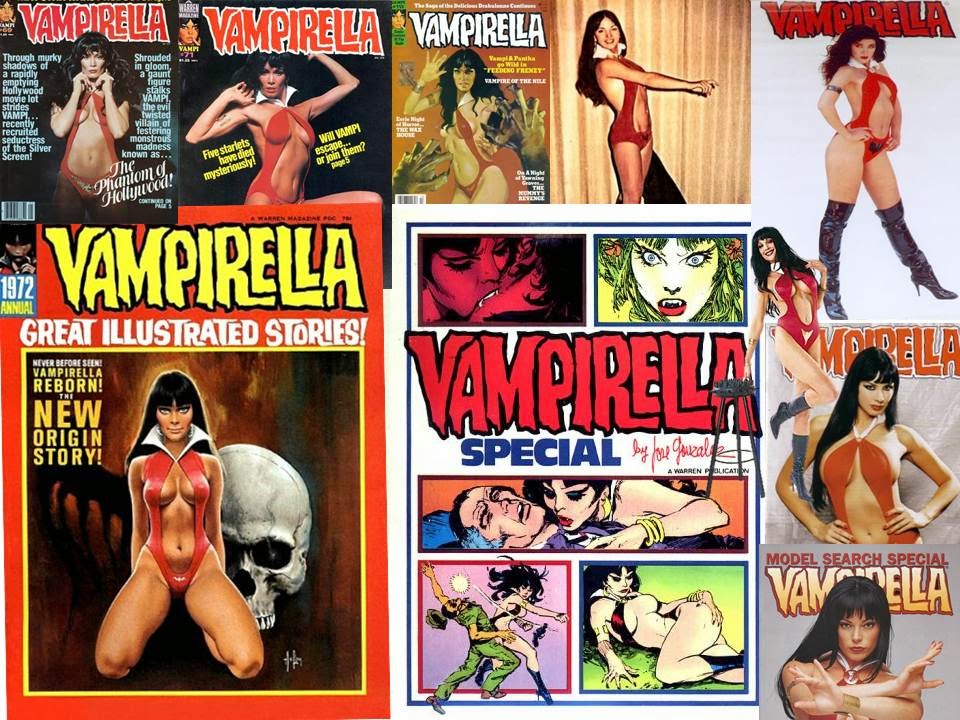 At one time, Vampirella was even to be a movie by Hammer Films (mostly noted for it’s sexy 1960s and 1970s remakes of classic Universal Horror films) with model/actress Barbara Leigh, but the studio failed before the project could get anywhere (though Barbara was immortalized in the red suit, as she appeared at conventions, and had seven covers of the magazine devoted to her as Vampirella…#67, 69, 71, 73, 74, 76, 77 and 78).  As the red suit proved to be very popular at comic conventions – with women wearing it, and the wide-eyed boys who followed them around – being an official Vampirella model became an important event (as Brinke Stevens began her modelling career that way!).


The series lasted for 112 issues (until March, 1983) at Warren (along with an annual and a special, that reprinted key issues), and Harris Publications even had an issue #113 in magazine size in 1988, before Vampirella came back again, this time in more traditonal comic book form…and her origin switched from science to a more traditional Earthbound vampire origin (making her the daughter of Lilith, the first wife of Adam….) and Harris Comics had a few different Vampirella models, including Cathy Christian, Kitana Baker, Julie Strain and Maria Di Angelis. 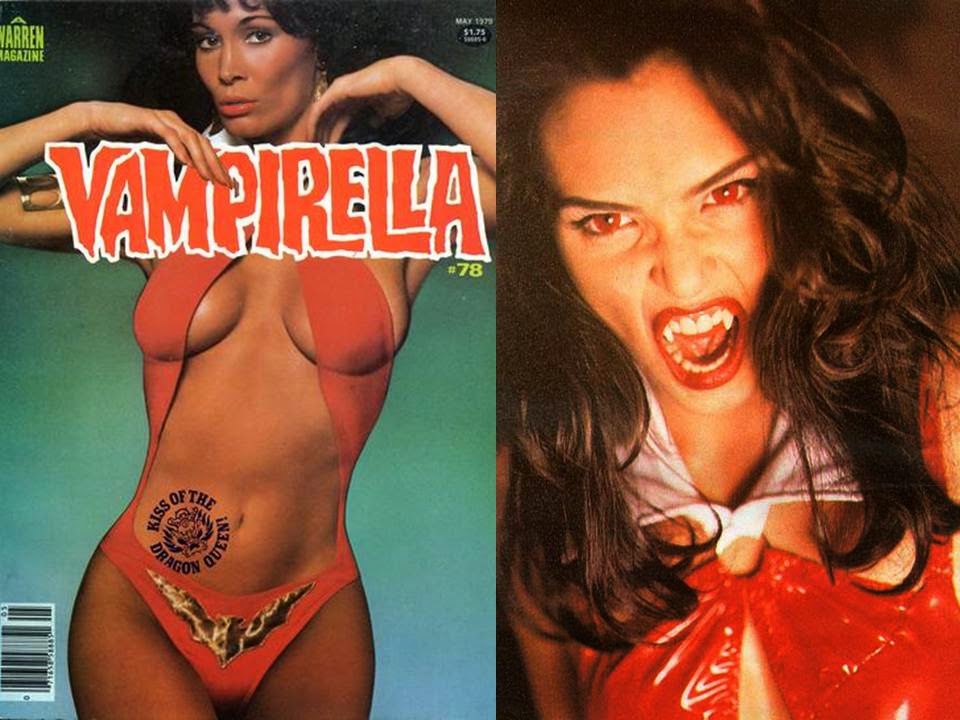 There was even a movie in 1996, with Bond girl Talisa Soto as Vampirella, and Roger Daltrey in there as well…but, well, it was direct to video, and…not really to talk about (though by this time, Drakulon became the preferred spelling of her planet’s name).

Dynamite Comics revived the character in 2010, and, along with publishing current comics about Vampirella, offers a series of graphic novels that reprint the original Warren tales and that incredible poster by Jose Gonzalez that opened this article!  Hope you enjoyed this little bite of Vampirella…and tell us if you need more bite to our coverage of Vampirella!  Check out the covers of the current ten volumes of Hardcovers produced by Dynamite… 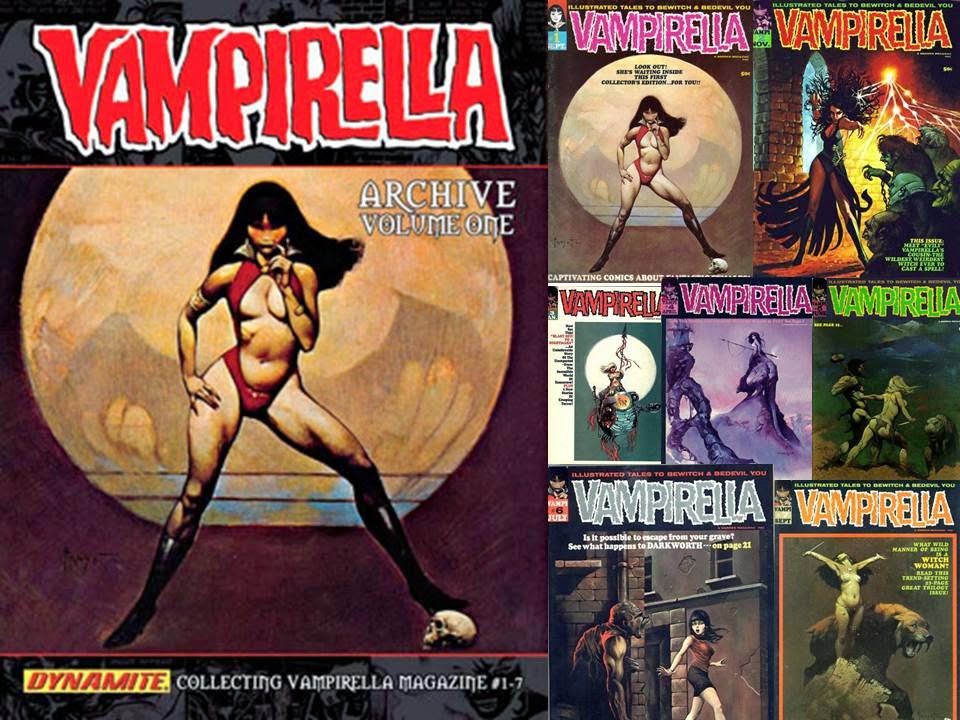 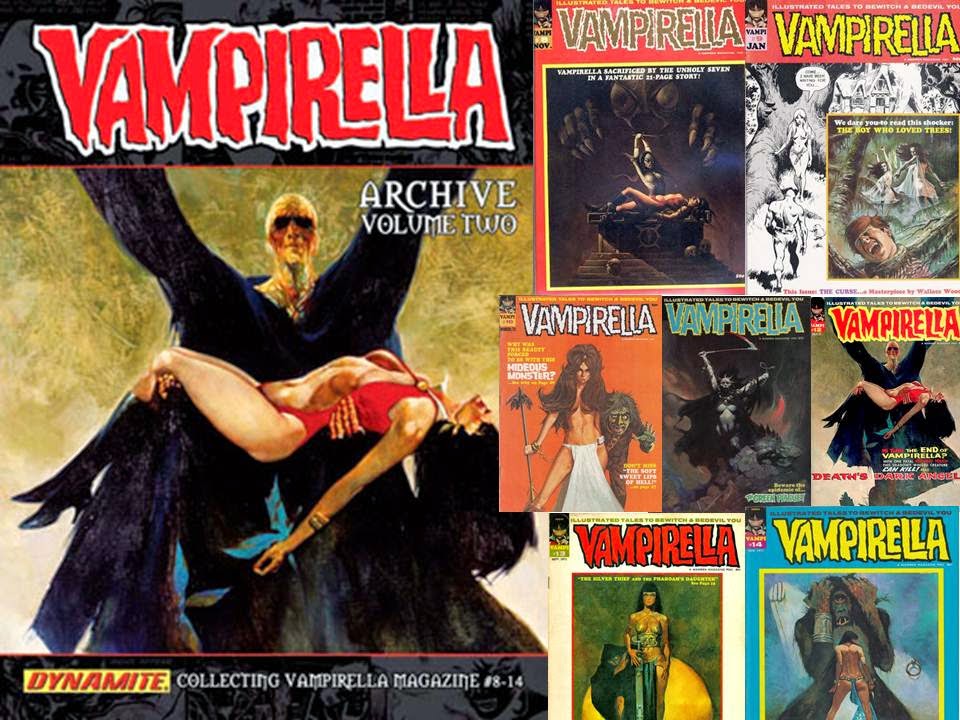 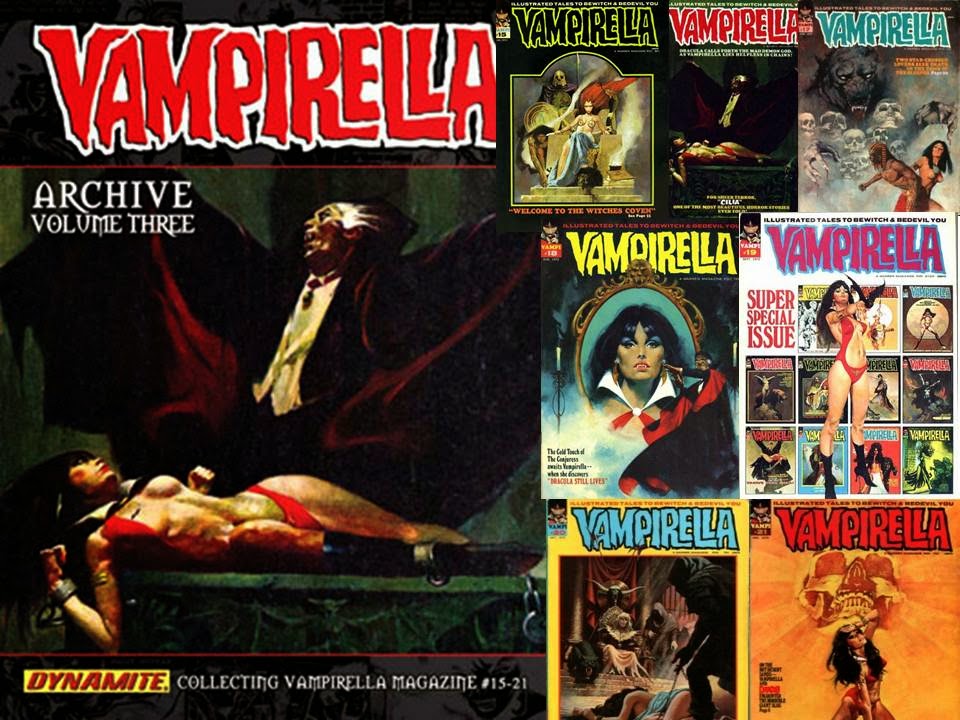 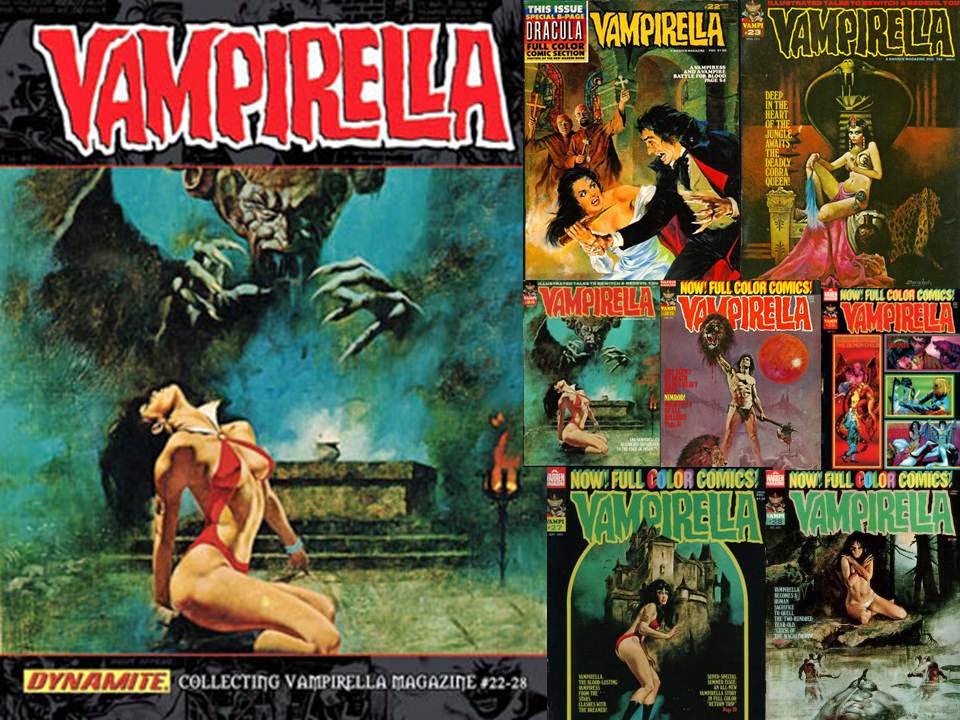 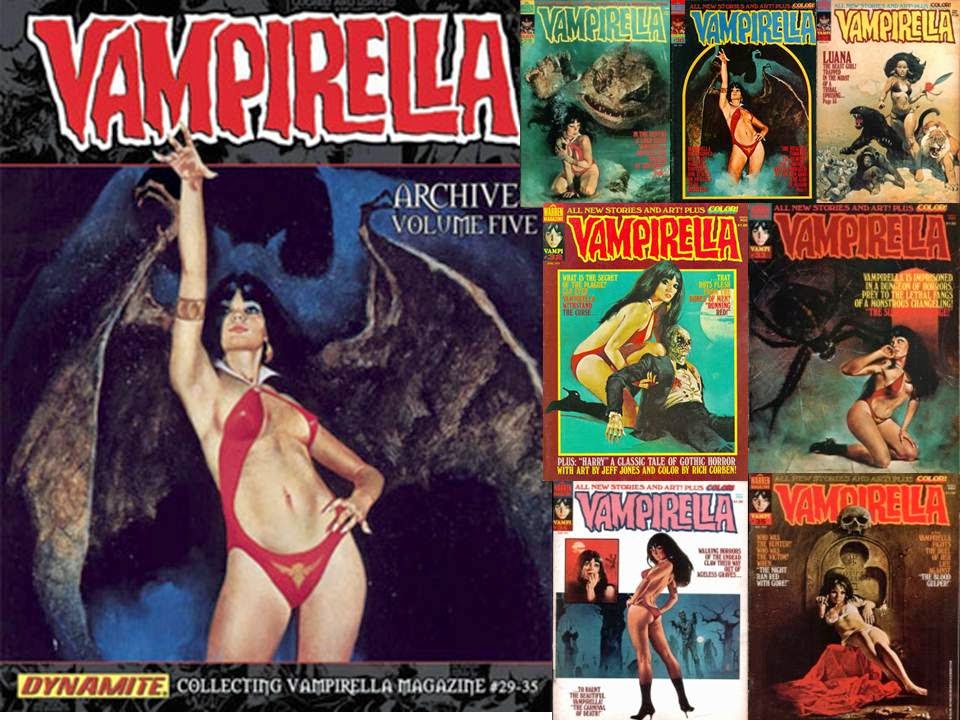 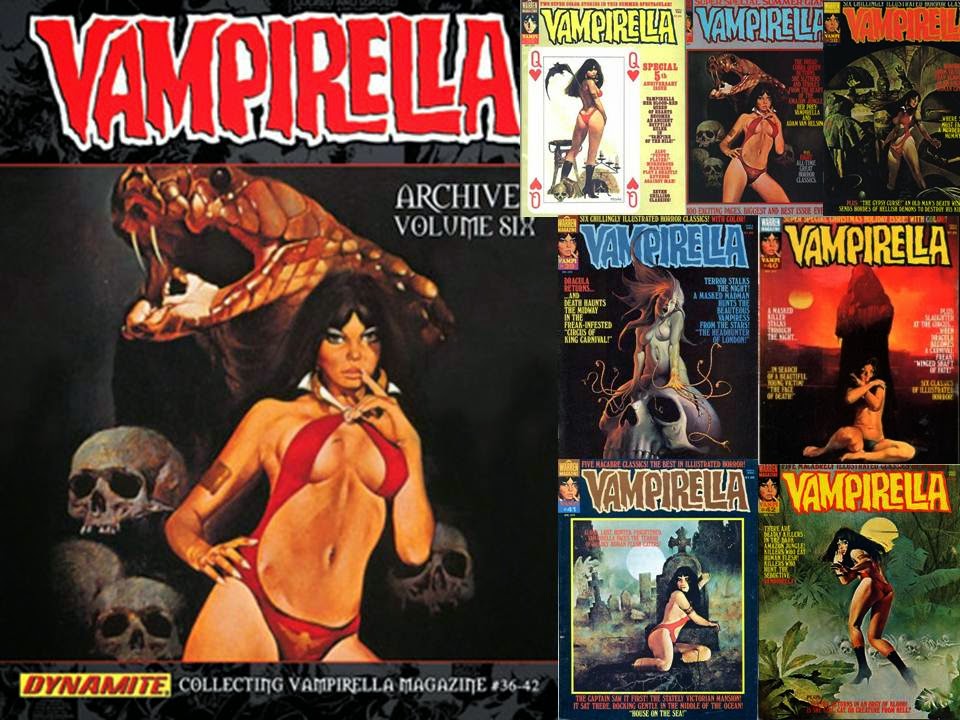 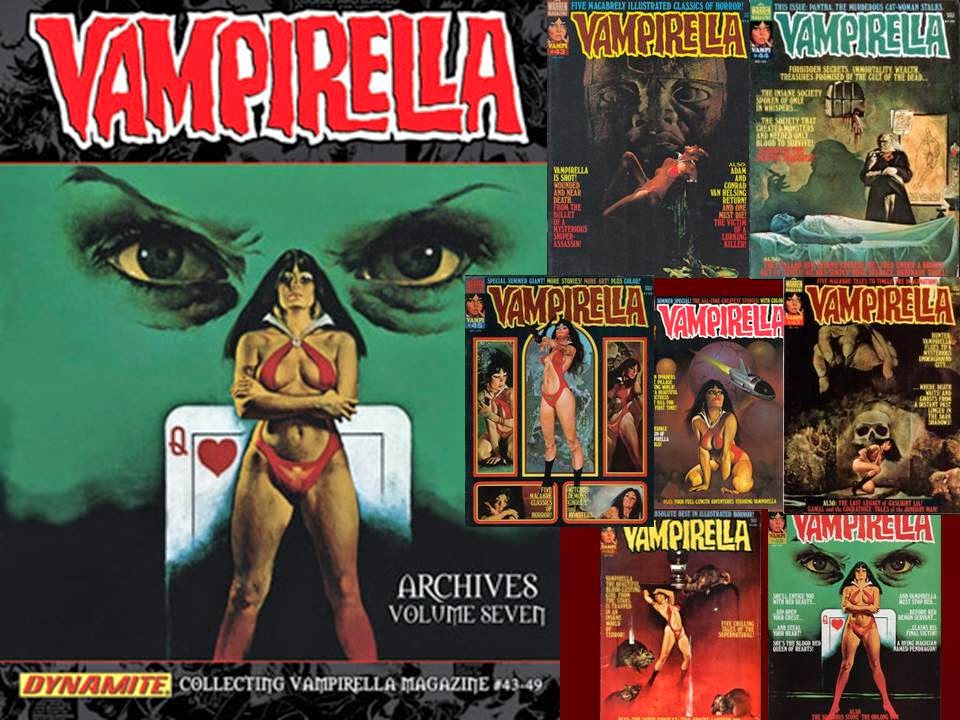 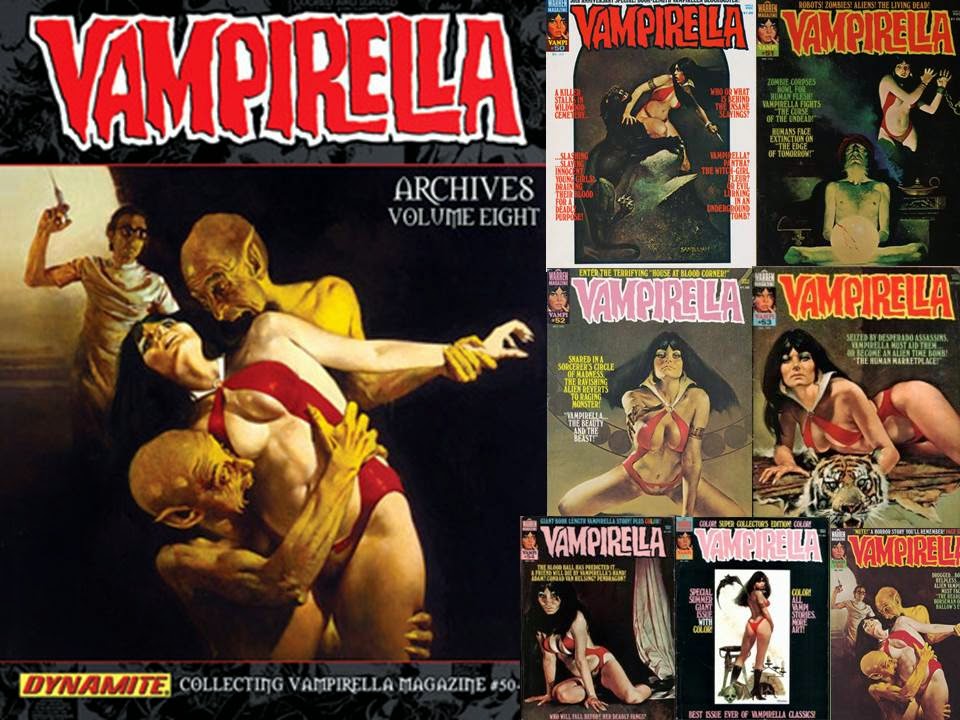 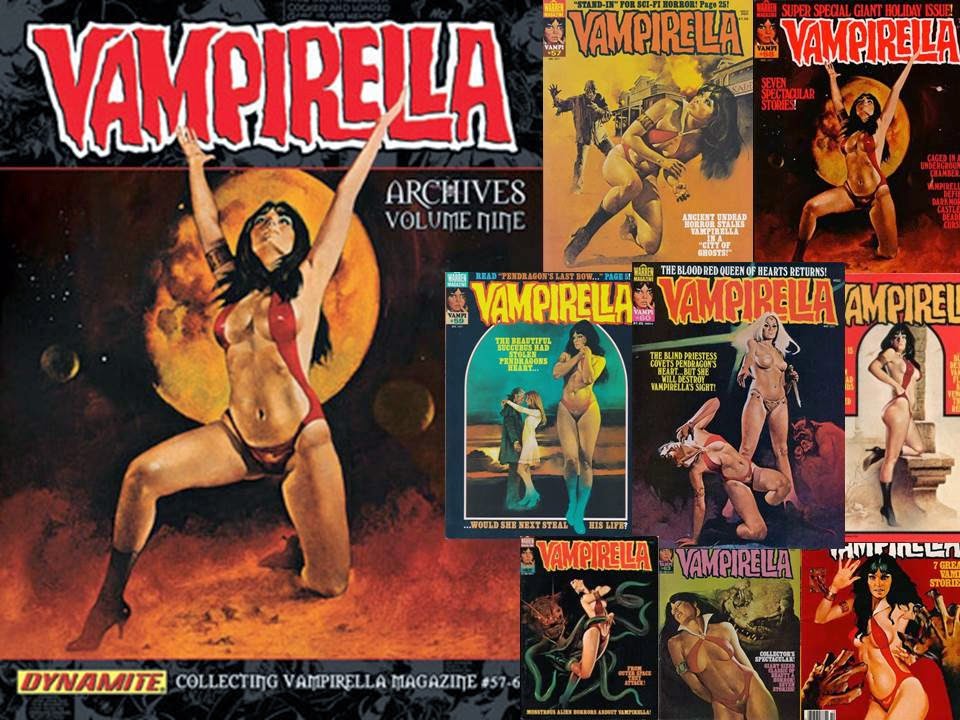 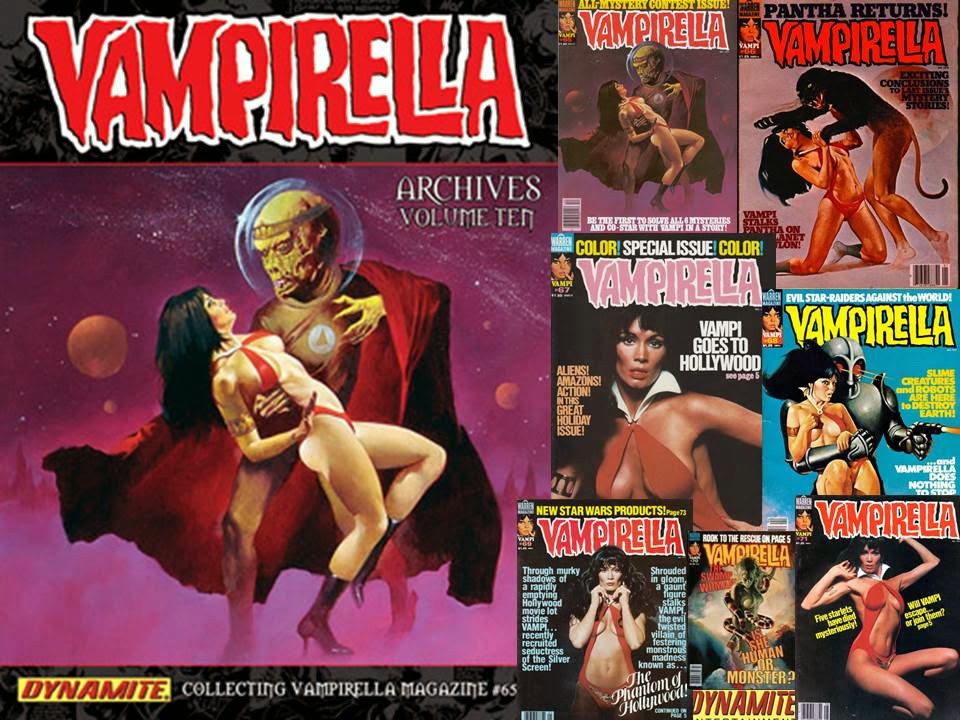 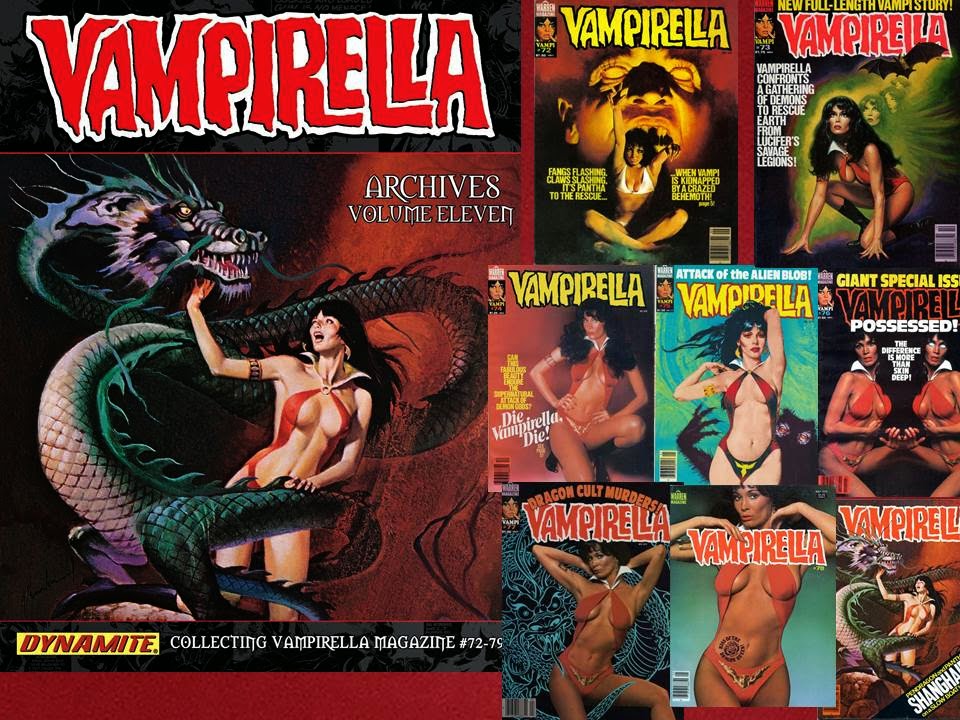