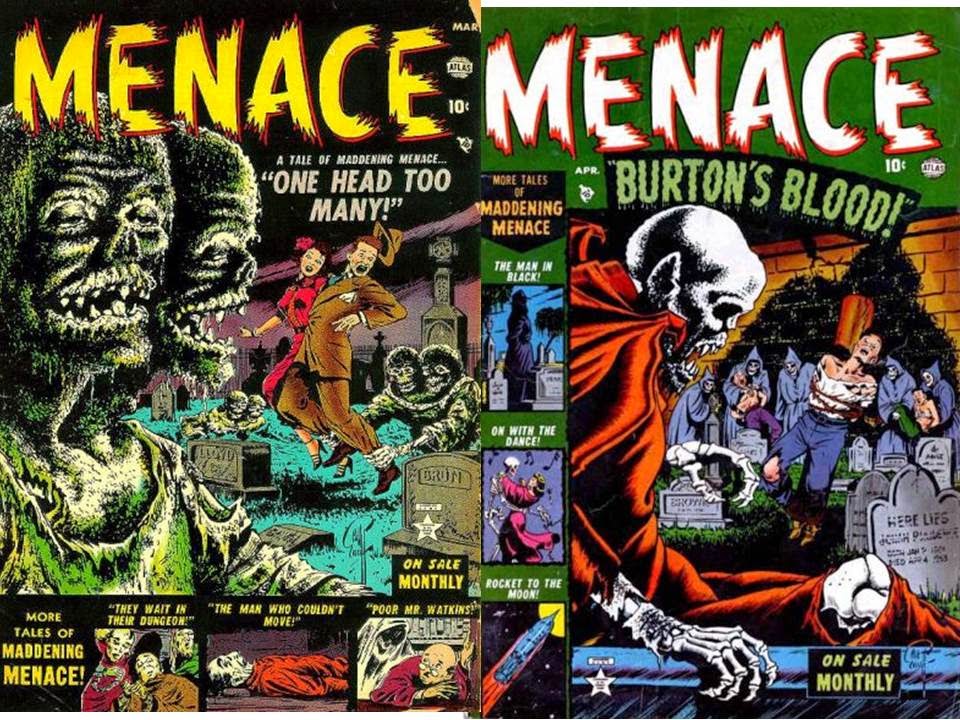 The title of the article is a bit of a misnomer, as it was technically Atlas Comics (a precursor to Marvel) that published Menace from March, 1953 to May, 1954, but it didn't quite give nice alliteration to a title!

It Came From the Bullpen


The first issue of Menace had stories by Stan Lee, and art by Bill Everett, George Tuska, Werner Roth and Russ Heath, all under that cover by Bill Everett! 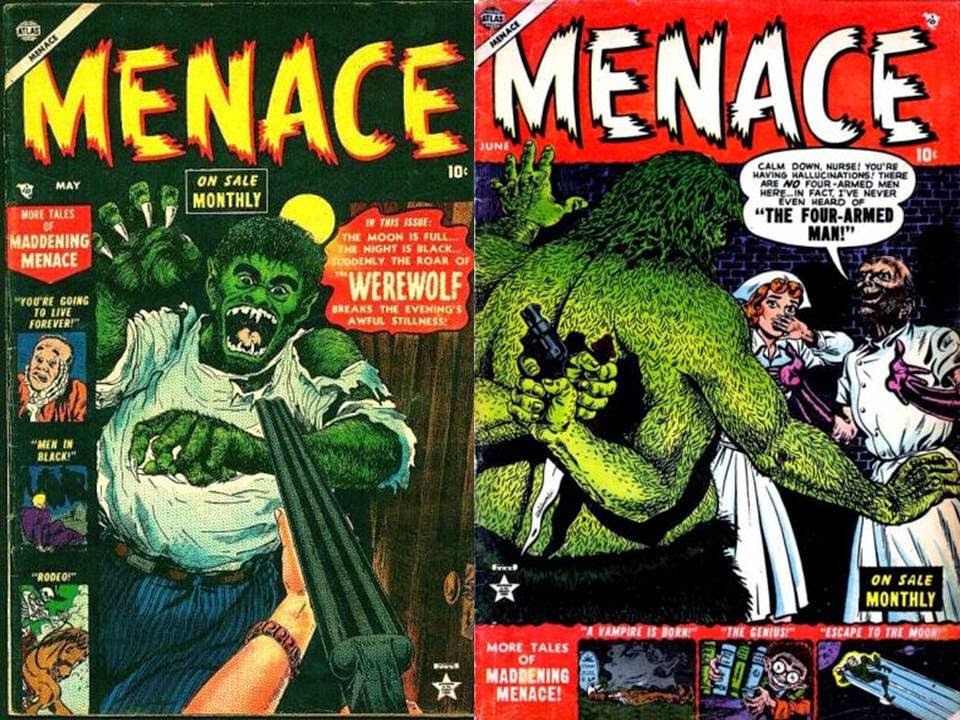 The second issue continued this trend, adding artist Joe Sinnott on a story called "Rocket to the Moon" (ironic, as it was with the Fantastic Four that Joe Sinnott became famous to the comic world, working on a foursome whose adventures started with the fantastic rocket ride!).

Issue #3 added John Romita for a story on the "Men In Black", which wasn't about aliens, but instead a lesson about bigotry....and with art by Bill Everett, an oddly green werewolf, as well as a story about a man who knows "You're Gonna Live Forever" with art by Joe Maneely (and that immortality might not be a good thing). 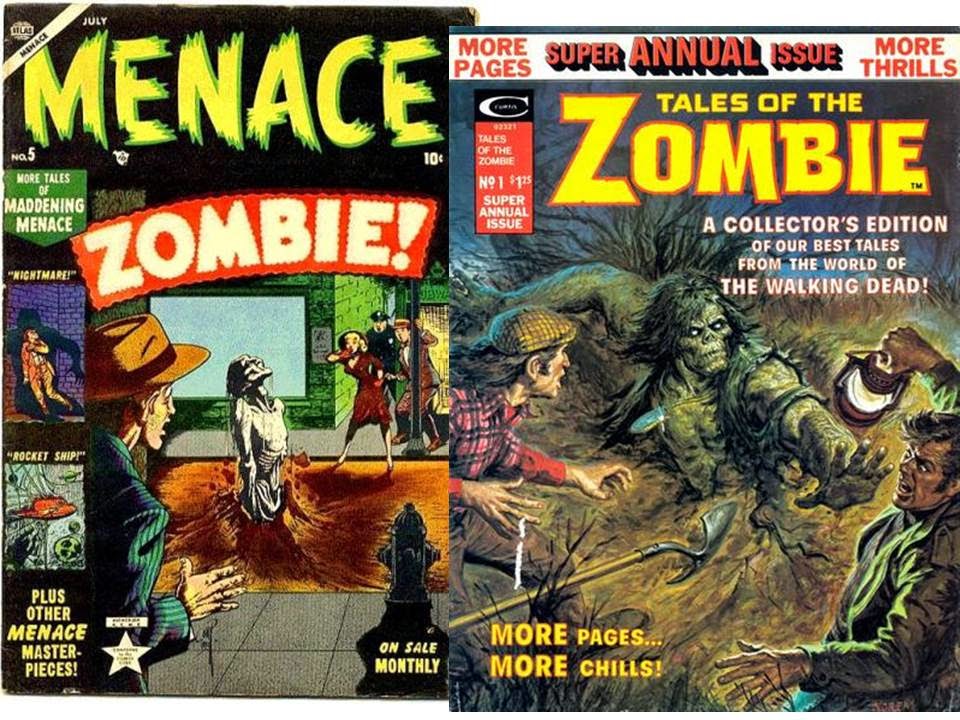 The fourth issue offers an odd take on the Cold War...as Stalin was proven to be a creature of the night in "A Vampire Was Born" with art by Fred Kida.

Issue #5 offers the walking dead....a Zombie, businessman Simon Garth, wandering through Louisiana, under the control of Gyps, his former gardener.  But, this zombie still has a little of his humanity left, and comes back to kill his master, then lie back down in his own grave.  Ironic, that this zombie comes back, in the Marvel Magazine Tales of the Zombie, where he is a feature for its first 9 issues, and even continues beyond that....not bad for a 7 page "Zombie!" story by Lee and Everett, whose idea was fleshed out by Roy Thomas, Steve Gerber, John Buscema and Tom Palmer! 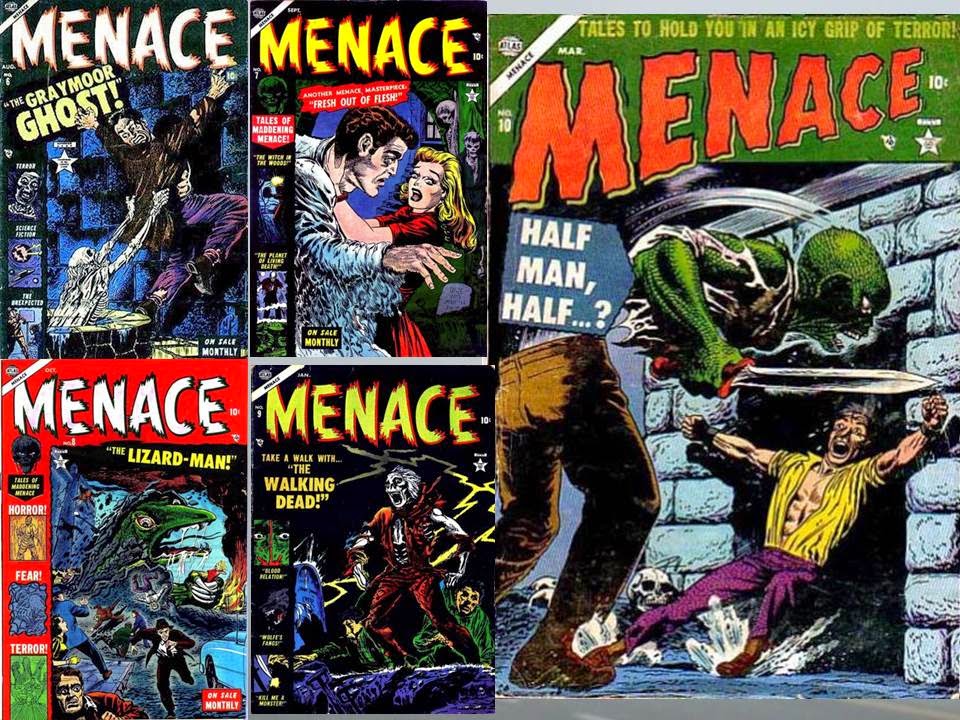 Issue #6 sees Gene Colan come on board for a story, issue #7 adds Syd Shores as an artist on "Fresh Out of Flesh!", issue # has all the usual suspects, and a giant lizard monster, issue #9 has more zombie fun with a cover by Gene Colan, and new artists Paul Reinman, Ed Winiarski and John Forte (who drew "The Walking Dead" story), and issue #10...relates to future Marvel tales as it has the first story relating to Hydra (the foes of the agents of S.H.I.E.L.D.), with art by Robert Q. Sale, as well as stories with art by Tony DiPreta, Al Eadeh, and Shelly Moldolf. 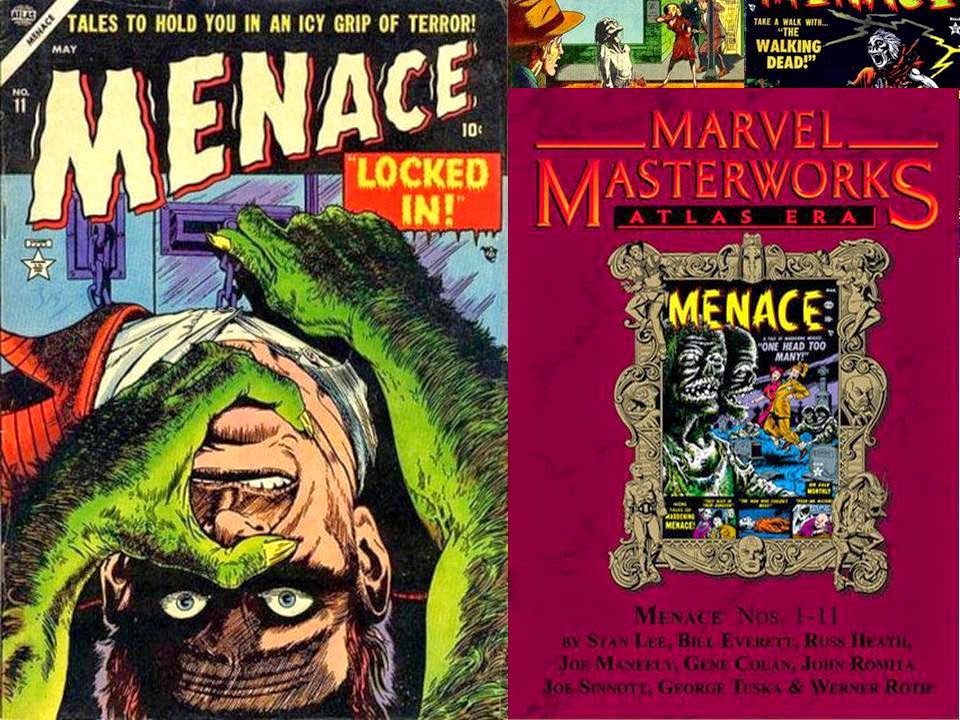 Issue #11 has the premiere of M-11, the Human Robot of the Agents of Atlas in a story drawn by John Romita, as well as stories with art by Seymour Moskowitz and Bob Powell.

Even better, all 11 issues of Menace are reprinted in Marvel Masterworks: Atlas Era Menace, so these old tales of sci-fi horror are available to all!   Seems Atlas and Marvel are a two-headed monster indeed, and great stories, like zombies, will always rise again!