A Quick Flash on Heat Wave 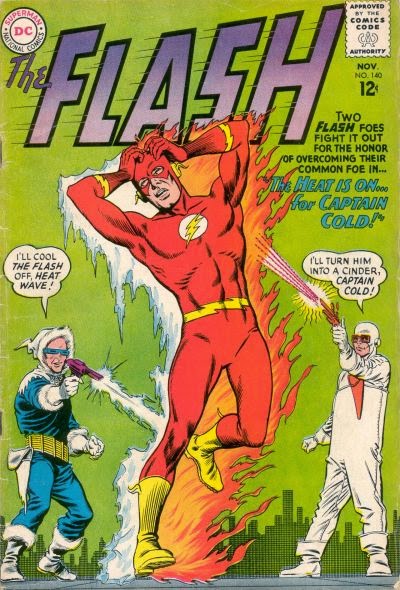 That could have been the title for Heat Wave's first appearance in Flash #140 (November, 1963, by John Broome and Carmine Infantino), wherein this hot Flash foe was introduced.

We Didn't Start The Fire


Mick Rory was a kid who was fascinated with fire. So much so, that he watched his parents' home burn...with them in them.

Mick was then raised by his uncle, and later ran away to join the circus and became a fire-eater. 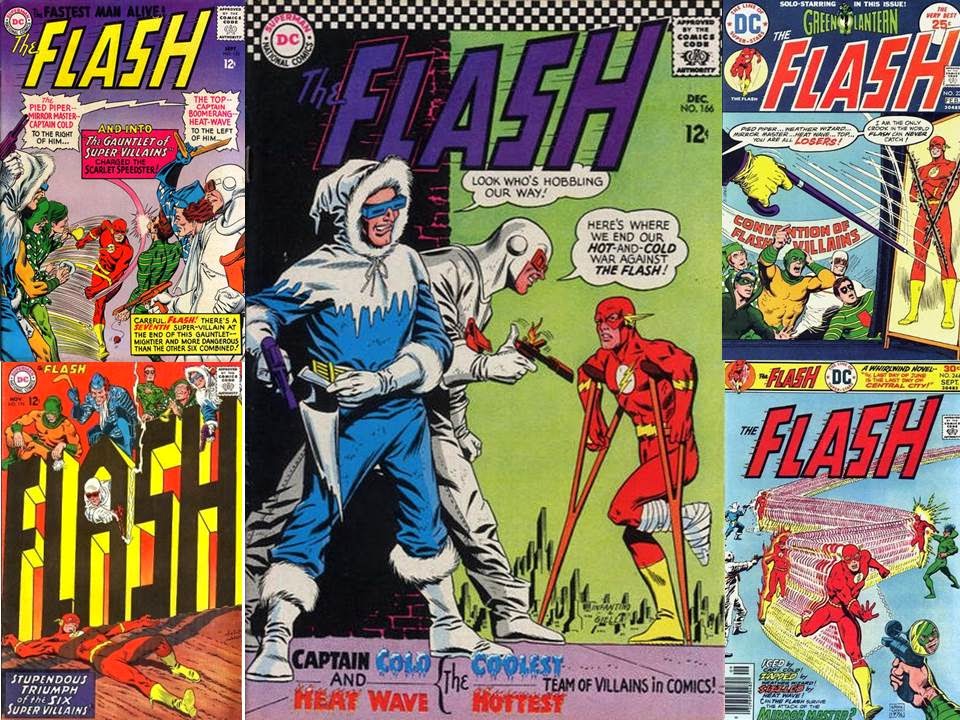 Didn't help him though, he burned the circus down. Mick was inspired by the Rogues to become Heat Wave, and he came up with his fire-resistant costume and heat gun, and started a competition with Flash foe, Captain Cold.

This led to Heat Wave joining Flash's Rogue's Gallery, and many battles with the Flash for a time, both with and without the rest of the Rogues. 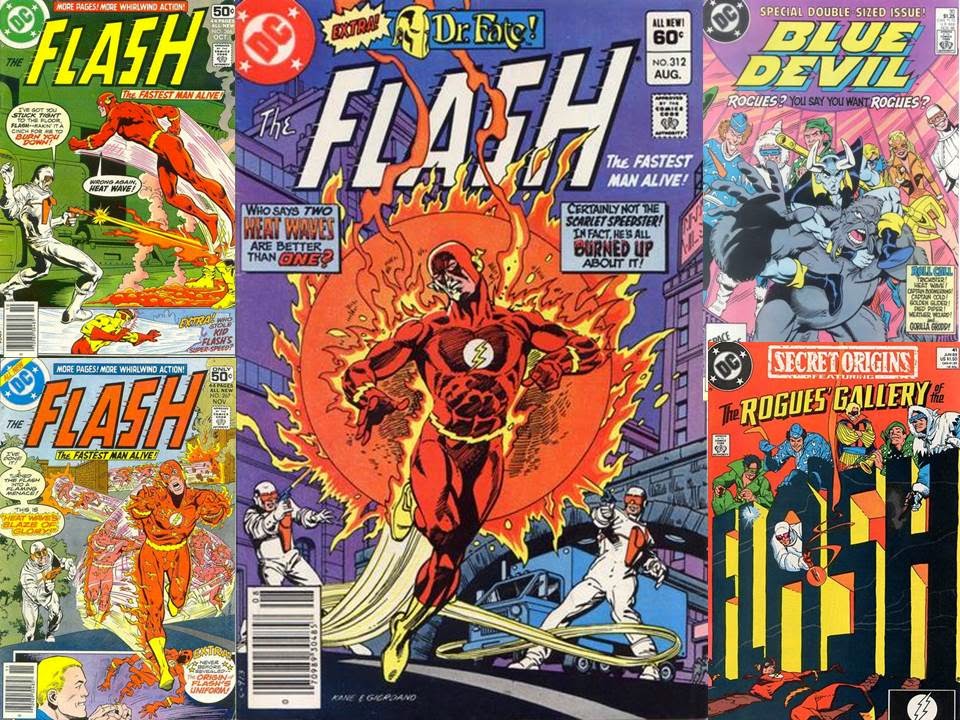 Mick does get tired of the criminal life, and tries to give it up for a time, encouraged by his Flash foe (secretly Barry Allen), and Mick even helps Flash capture a Heat Wave impostor.

With what seemed to be Barry Allen's death during the Crisis on Infinite Earths, Heat Wave had most of his reason to be a criminal, though he did mix it up with Blue Devil once. 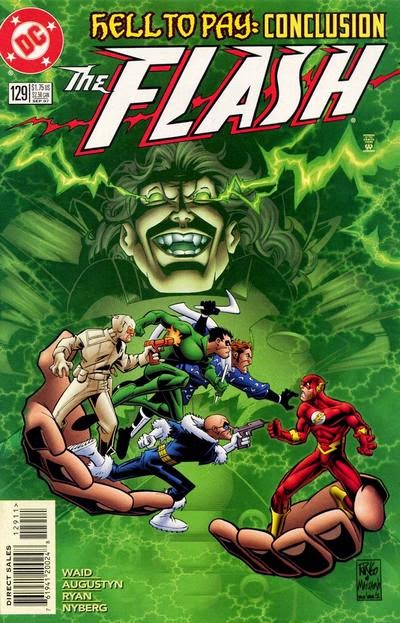 Heat Wave tried to reform, working with Captain Cold for a time...

...but Captain Cold's criminal nature and Mick's own fascination with fire led him to work with Weather Wizard, Captain Boomerang, and the new Mirror Master to release Neron (an evil demon who had designs on Earth's heroes)...

...where the Earth's heroes had to face Neron during the Underworld Unleashed event (and it had cost the Rogues their lives, to burn in hell forever more...).

Neron was a planner, he was. Neron had these foes trapped in hell, and later released them to bedevil the Flash (at this time, Wally West, having picked up his mentor's name and costume).

Now, the Rogue's worked together to prevent themselves from going to hell! It didn't last for Heat Wave, who teamed up with Green Lantern Kyle Rayner's version of Sonar and Green Arrow Connor Hawke's foe Hatchet to free the magnetic foe, Dr. Polaris.

Regretting this, Heat Wave tried to help out at Cadmus while Superboy was missing, and ended up working security there for a time under the watchful eye of the Guardian. 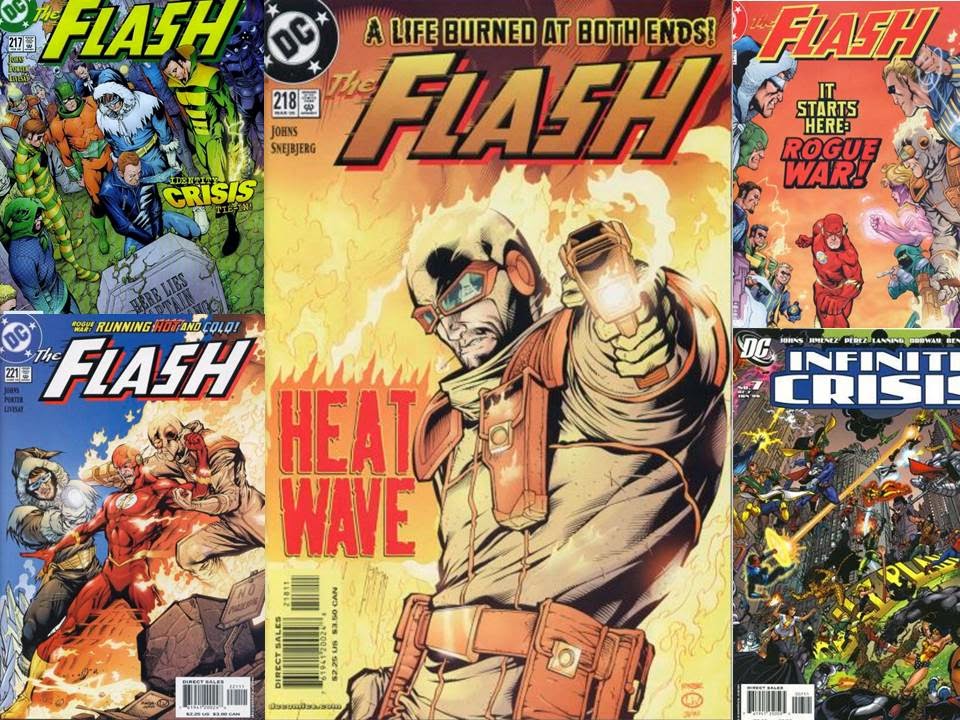 Still, the pull of the Rogue's got to Mr. Rory, and he came back to work with them for a time (though working more with the reformed Rogues, Trickster and Pied Piper). Still, at the end of the Rogue War, the Rogue's were reunited, and all pretense of Mick's reformation had gone up in smoke by the time of the Infinite Crisis, and Mick worked with other fire-foes like Effigy, Plasmus and Scorch against Superman. 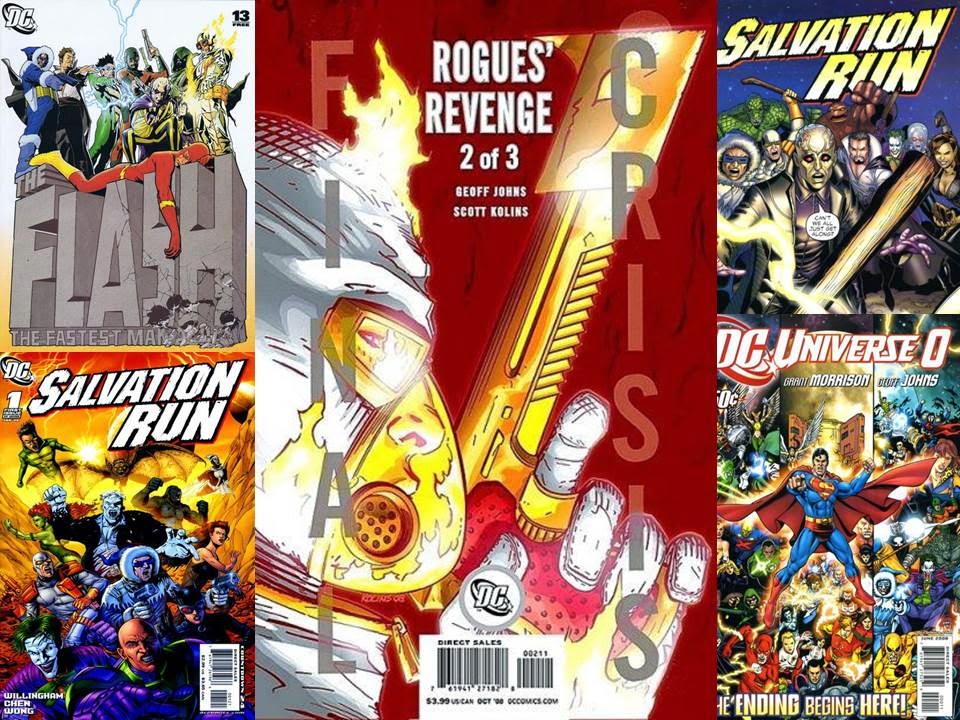 Then, Mick was one of the Rogue's who helped kill Bart Allen (he who was formerly Impulse and Kid Flash, and after the Infinite Crisis was Flash for a short time as part of the Flash legacy).

This sparked a manhunt for the Rogues and all villains, and let to the villains being exiled off-Earth in Salvation Run, and a Countdown to the Final Crisis.

Eventually, the Rogues returned to Earth, and got their revenge on Inertia (the Impulse foe who tricked the Rogues into killing the Bart Allen version of the Flash), and worked with the Rogues to stave off the rising of the undead Flash foes during the Blackest Night. 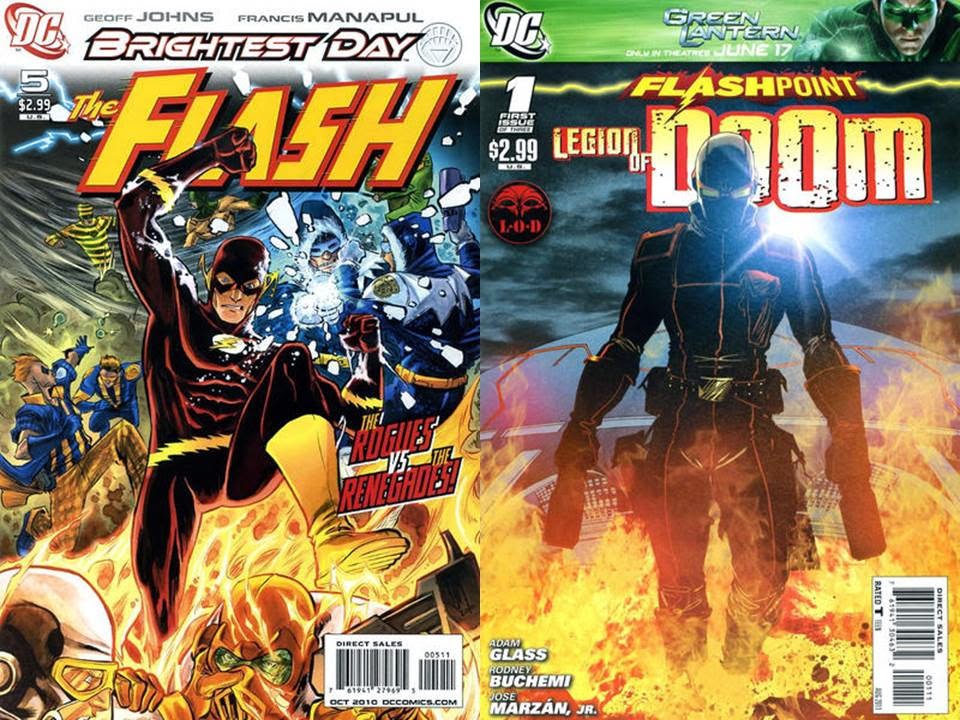 Heat Wave even worked with the Rogues to help fight the Renegades (25th Century police who used the Rogues as templates for their own to fight time travelers...

...basically a group like the Rogues, but inspired to do good by the Reverse-Flash of the 25th Century - Heat Wave's equivalent was Heatstroke). 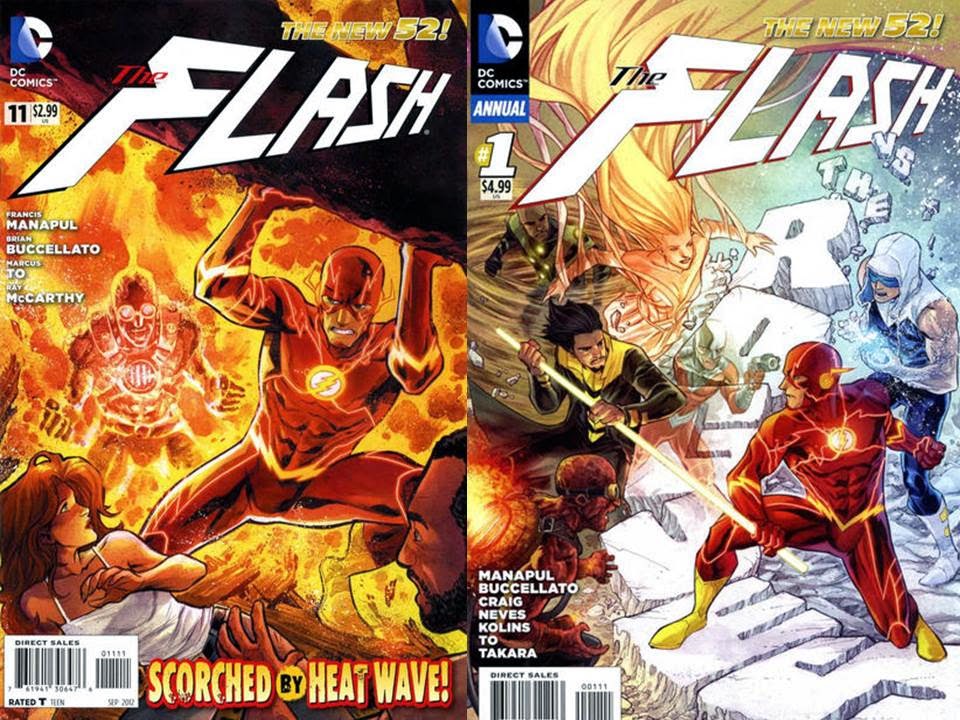 Then, Flash faced his foe, the Reverse-Flash, and changed time in Flashpoint (with an alternate Heat Wave being the star of the Legion of Doom mini-series..

...though Heat Wave was never a member of the original Legion of Doom, like Toyman II), and, now there was the return of Heat Wave in the New 52, with new internalized heat powers, which I'm sure will be a scorcher!
Posted by Dave's Not Here Comic Blog at 8:53 AM