Two things were so far ahead of their time, that they are still important today.  Universal Monsters and Mego Toys. 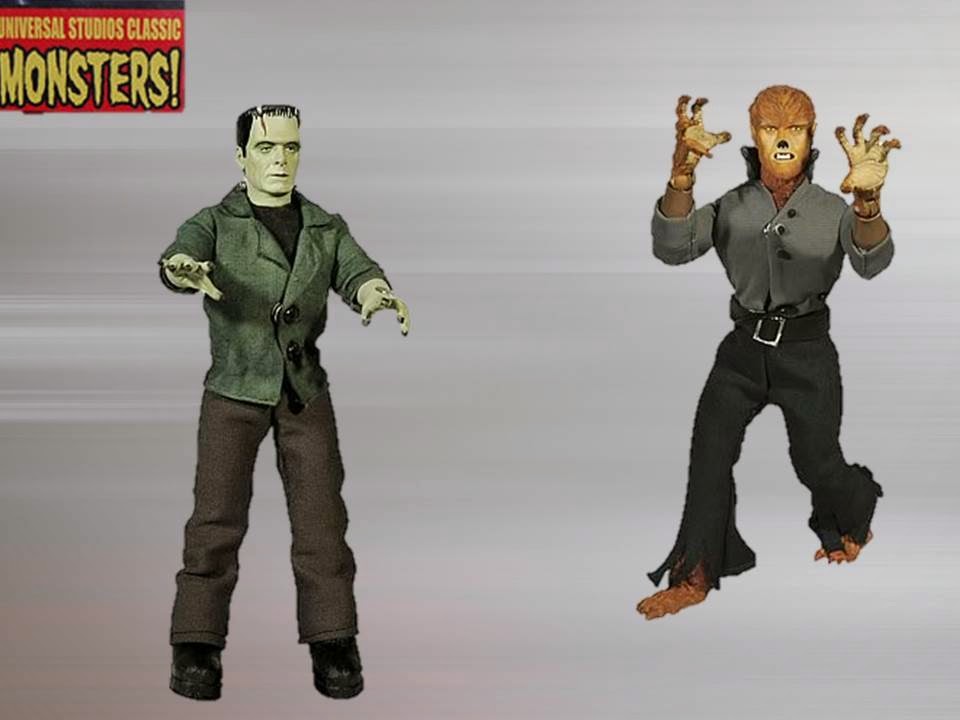 Thankfully, these two things are still able to be enjoyed today with slightly more modern modifications.

The bestselling retro cloth line made its terrifying return in 2010 with the series one release of Universal Monsters action figures! Fans have waited for retro cloth figures of the true Universal Monsters for over 30 years. And here they are! Each sensational action figure stands 8-inches tall, with over 14 points of articulation and an authentically detailed cloth outfit. Scare some up for your collection...Frankenstein’s Monster and the Wolfman. 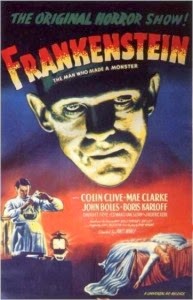 Frankenstein’s Monster came alive in the movies with 1931 in Frankenstein, with Boris Karloff as the Monster.  Pieces of people animated by a scientist who wanted to show he had power over life and death, where the creature had more humanity than other people.

Though not officially one of Universal’s monster movies, Young Frankenstein with Peter Boyle as the Monster, is a priceless gem written by comedic genius Mel Brooks in the Universal Monster style, including being in glorious black and white. 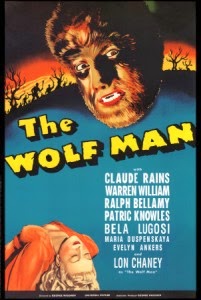 The Wolfman changed for the first time in 1941, with Lon Chaney Jr. as Larry Talbot, a man cursed to change into a wolf creature at the full moon.

The Wolfman was also revived, as was Frankenstein, Dracula and the Mummy, as part of Hammer horror films (starting with The Curse of Frankenstein in 1957, The Horror of Dracula in 1958, the Mummy in 1959 and the Curse of the Werewolf  in 1961, with Christopher Lee and Peter Cushing being the notable actors in these productions, and took full advantage of color in the films, as well as later entries being…well, a little provocative and not for the children), and all four movie franchises enjoy some success today.

Let’s hope these retro-cloth figures continue, as it would be incredible to have versions of Dracula, the Mummy, the Phantom of the Opera, the Invisible Man, the Bride of Frankenstein and even Dr. Jekyll’s alter-ego Mr. Hyde and the Creature of the Black Lagoon as well!
Posted by Dave's Not Here Comic Blog at 7:28 AM