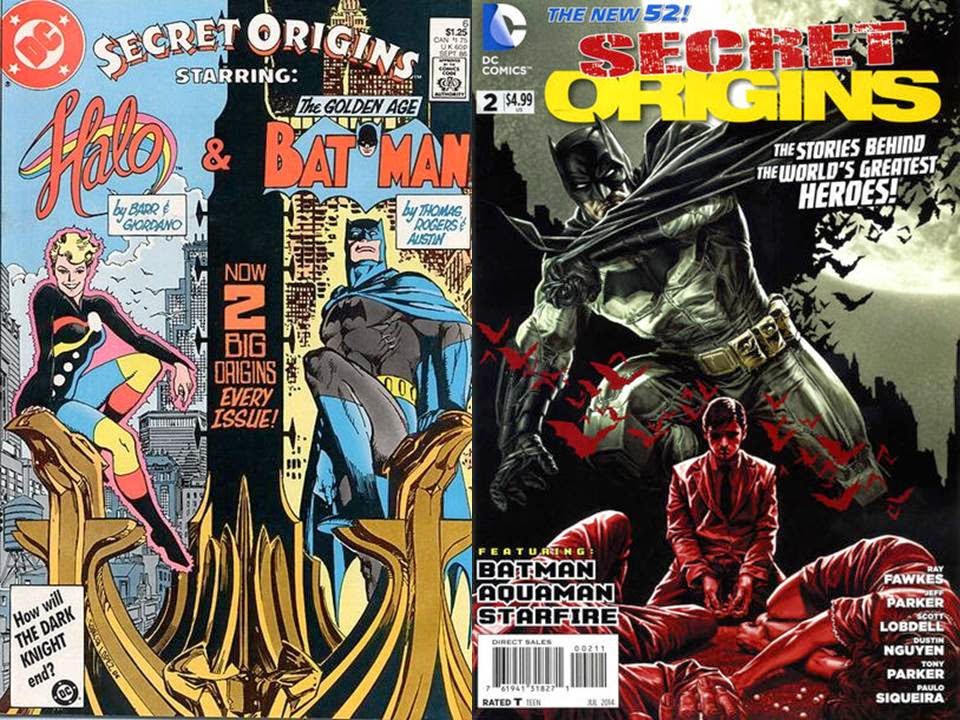 Over his 75 years of history, Batman's origin has been told many times.

But, there is one real great collection of Batman's origins...and here it is, as an excerpt from the Batman 75th Anniversary fanzine (Batman...75 Years) article I wrote.

The Untold Legend of the Batman 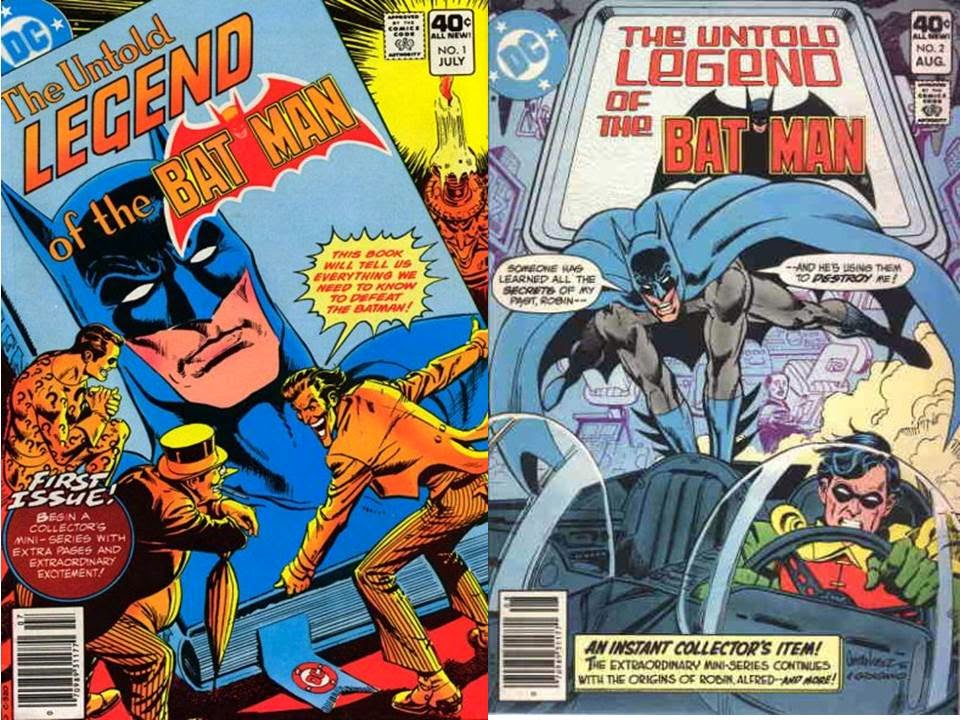 The Untold Legend of the Batman is a three issue mini-series  from July-September, 1980 by writer Len Wein, and artist Jim Aparo (though John Byrne penciled the first issue, Jim Aparo inked it, and drew and inked issues #2 and 3).  Like most of Len Wein’s stories, he drew upon the past and added to it, giving a good look at the past while propelling you into the future…and the story looks incredible as Jim Aparo is consistently rated as one of Batman’s most recognizable and defining artists.  This story is deceptively simple, as Batman has to deal with someone trying to destroy him, and starts with him getting the tattered remains of his father’s Batman costume (prompting Batman to reflect on his beginnings, such as how he originated the Robin identity as a cover for himself, confronted his parents killer Joe Chill and the mobster Lew Moxon who ordered Thomas Wayne killed as Bruce’s dad had foiled Moxon – dressed as a Bat-Man himself for Halloween, as well as the history of Robin, Batgirl, James Gordon, Alfred Pennyworth and more), as Batman has to deduce the identity of his soon to be killer... 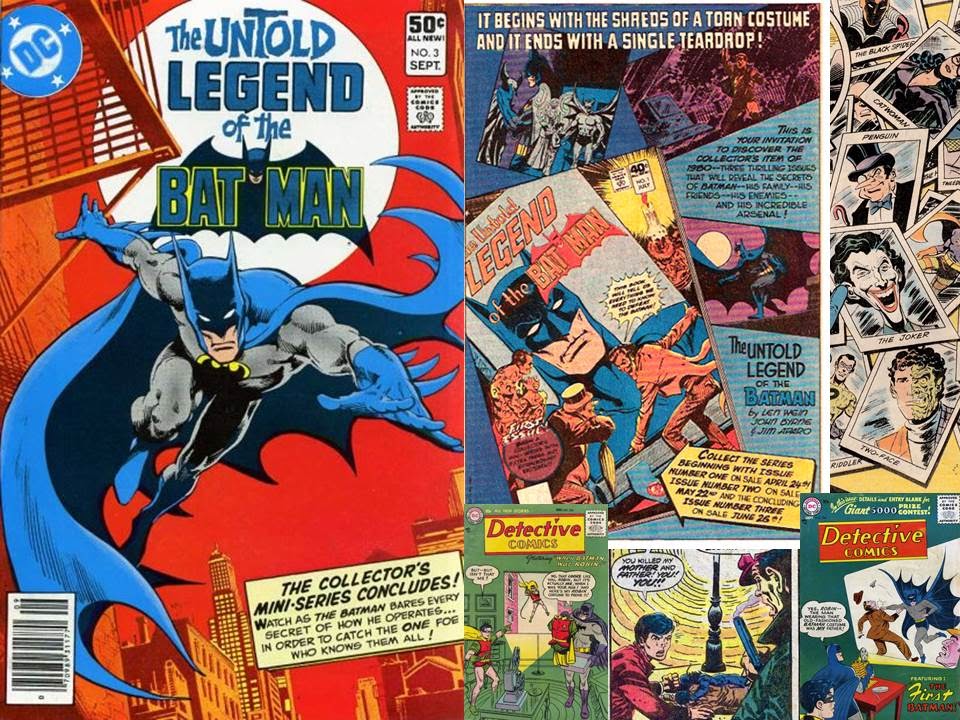 …probably the most comprehensive gathering of facts on Batman’s life at the time, as well as a good story in its own right, this story (along with a few others) is collected in Tales of the Batman: Len Wein due in the later part of 2014, and shows Len Wein’s belief (stated at WonderCon, 2014 and reported by Hero Complex on April 25, 2014) that Batman is “compulsive.  He’s not crazy.”. 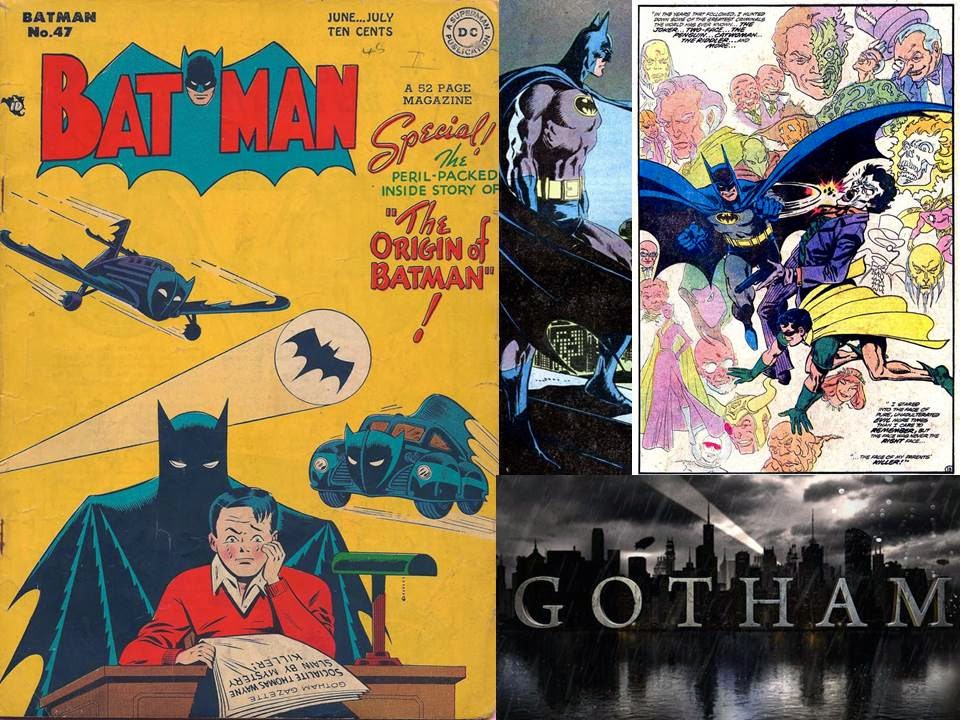 The best part of this story is that Len Wein mixes old origins for Batman (most notably Batman #47 from June-July, 1948, Detective Comics #226 from December, 1955 and Detective Comics #235 from September, 1956, as well as more than a few additions of his own, as well as bits on Robin, Batgirl, Alfred and James Gordon) to give a full picture of this tortured boy from Gotham, as well as his friends and foes, and proves there is much more to Batman's history to explore!

Posted by Dave's Not Here Comic Blog at 6:43 AM