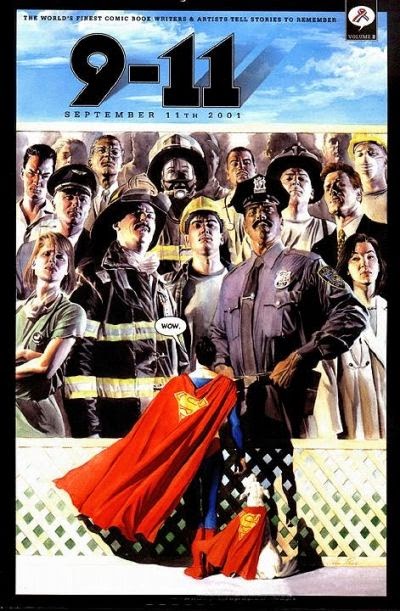 On 9/11, we remember the brave men and women of our police forces and fire departments, as well as all those we've lost.

This cover is from 9-11: The World's Finest Comic Book Writers & Artists Tell Stories to Remember.  The cover is by Alex Ross, and it is the second of two books that helped raise money for victims of the attacks on New York and Washington, DC on September 11, 2001. All contributors, as well as the suppliers, printers and distributors donated their work on this project. 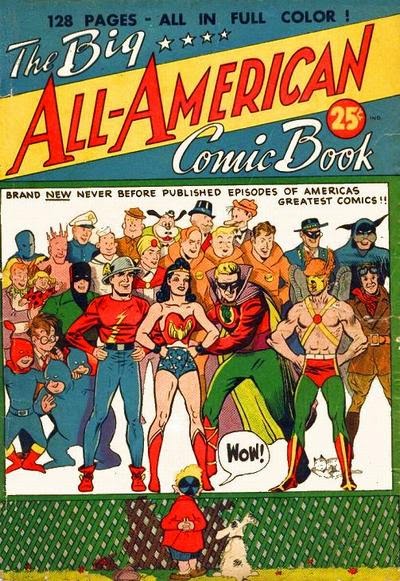 This cover is based on the Big All-American Comic Book that came out in December, 1944, with a cover by the greatest of the Golden Age, like Sheldon Meyer, Howard Purcell, and Everett E. Hibbard, and was reprinted in DC Comics Rarities Archive in 2004.
Posted by Dave's Not Here Comic Blog at 6:55 AM

Email ThisBlogThis!Share to TwitterShare to FacebookShare to Pinterest
Labels: 9/11, Heroes