Watching The Monitor: Batman And Friends 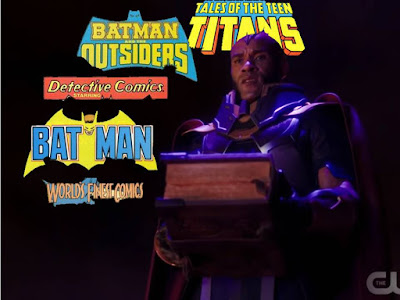 Batman was usually the one watching people....checking on his friends and associates to keep them safe and looking out for villains and criminals to prevent them from causing harm.

Still, the Monitor had to see what Batman was doing at this time, as he had walked away from the JLA to form the Outsiders, had strained relations with Superman, and had a new Robin in Jason Todd as Dick Grayson had become Nightwing and was working more with the Titans than ever. 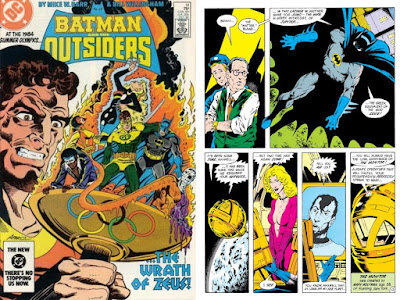 First up, an old foe of Batman's was in need of the Monitor's services in Batman And The Outsiders #14 (October, 1984) by Mike W. Barr, Bill Willingham and Bill Anderson (all under a cover by Jim Aparo).

Maxie Zeus, a Gotham mobster who thought he was the king of Olympus, had escaped prison and was planning a strike against the Olympics (kidnapping Greek contestant Lacinia Nitocris).  Maxie made a call to the Monitor to build his own New Olympians... 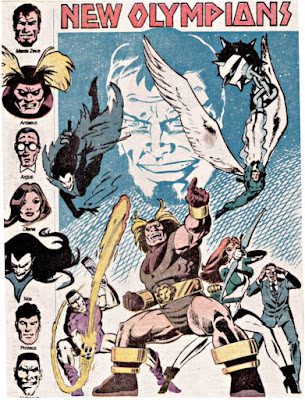 ...(metahumans with powers that were similar to the Greek gods...Diana, Nox, Antaeus, Proteus and Vulcanus....and Argus in the next issue; all as perfect counters to the Outsiders).


All while the Outsiders (Metamorpho, Black Lightning, Katana, Halo and Geo-Force) go through various problems in their own lives....until Batman summons them to the Olympics to compete with Zeus' New Olympians.

Going For The Gold 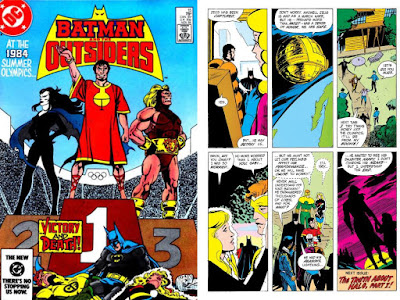 The battle between the Outsiders and the New Olympians continues in Batman And The Outsiders #15 (November, 1984) by Mike W. Barr and Trevor Von Eeden (under a cover by Jim Aparo).

The New Olympians and Outsiders battle, at least until Batman realizes why Maxie Zeus was interested in  Lacinia Nitocris....the single dad was looking for someone to take care of his daughter.

All this gave the Monitor and Lyla a great deal of information on Batman and the Outsiders.


Both Batman And The Outsiders tales were reprinted in Batman and the Outsiders Hardcover Volume 2 in 2018. Next up, the Monitor checks out the strained relationship between Superman and Batman in World's Finest Comics #311 (January, 1985) by Joey Cavalieri, Stan Woch and Pablo Marcos (all under a cover by Paris Cullins and Klaus Janson).

In what seems to be a more playful mood for the Monitor, he gives Davy (a teenage hacker from the suburbs) access to Superman's Fortress of Solitude's computers, unknowningly unleashing various of Superman's pets and giant robots loose on Gotham, as Batman tracks down the hacker, mostly as a test of Batman's detective skills (though he also sets into motion a group of villains, the Network, that would vex Superman and Batman over the next few issues).

This tale has yet to be reprinted (and for Superman's side in the Superman/Batman battle, check his upcoming fact sheet of Monitor observations). 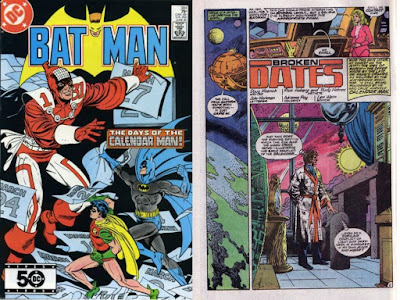 Doug Moench, Rick Hoberg and Rudy D. Nebres give us the next Bat-themed adventure of the Monitor and Lyla in Batman #384 (June, 1985), all under a cover by Paris Cullins and Robert Allen Smith.

The Calendar Man keeps with his calendar motif, attacking Batman and his new Robin, Jason Todd under crimes based on the days.


The First Day Of Spring 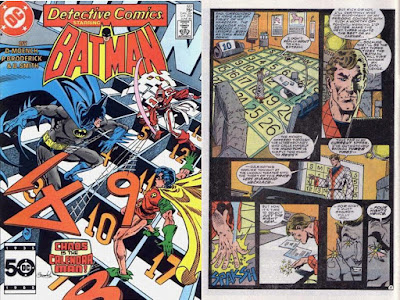 Doug Moench, Pat Broderick and Doug Smith set off the next tale of Batman vs. the Calendar Man in Detective Comics #551 (June, 1985) with Pat Broderick providing the cover.

The Monitor only gets named dropped here, but assume he is still watching, as, to protect Robin, Batman bars him from this case (as Batman is worried that Calendar Man will kill Robin....and, perhaps exposing a weakness of Batman's....his need to protect those around him, which will push him into danger for himself).

Neither of these Calendar Man tales have been reprinted, and he is defeated in the next issue of Batman. 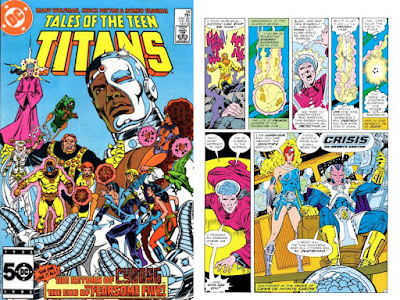 Though Batman does feature in Tales Of The Teen Titans #58 (October, 1985) by Marv Wolfman, Chuck Patton and Romeo Tanghal (cover by Patton/Tanghal), it is important for the Monitor and Lyla.

Nightwing (the former Robin, Dick Grayson) is a bit distracted with the Titans, as Cyborg (Victor Stone) attempts an operation at S.T.A.R. Labs to restore much of his humanity. 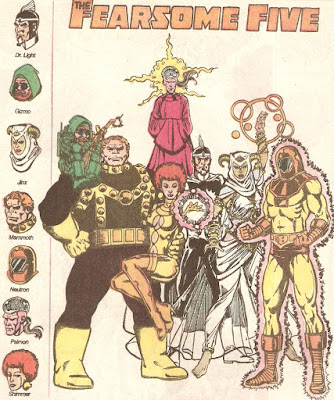 Of course, this would be a perfect time for the Fearsome Five to attack (Gizmo, Mammoth, Shimmer and new members Jinx and Neutron, led by Psimon, who replaced Dr. Light as leader).

In the battle between teams, Psimon gets thrown into the water and would have died....had not the Monitor sent Lyla (as Harbinger) to bring him aboard his satellite (as Psimon was one of a select few the Monitor had originally chosen to help against the Crisis On Infinite Earths....).

This tale has been reprinted in the 8th New Teen Titans tradepaperback. 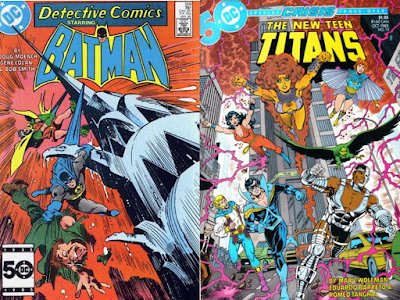 On a long, winding road to the Crisis, the Monitor has been checking on the Titans, JLA, JSA, the Legion of the Super-Heroes and folks like Swamp Thing....all getting ready for the battle to come!