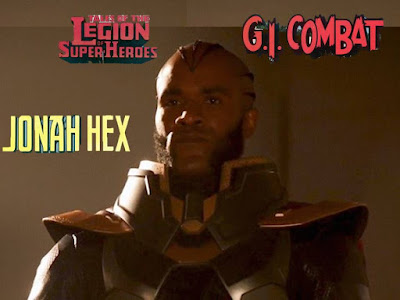 While it seemed the Monitor was only watching the here and now, he was surveying the length and breath of the DC Multiverse (hinted at when he looked back to World War II and the All-Star Squadron).

The Monitor would also check out an even bigger group, the Legion of Super-Heroes, before going back to World War II again to view the crew of the Haunted Tank, and even interfere a little, in the Wild West, with Jonah Hex. 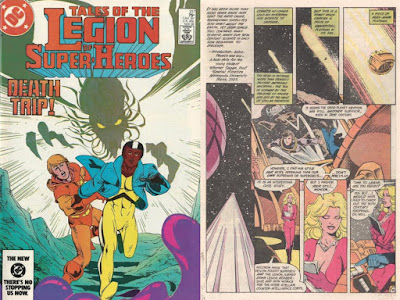 First up, a trip to the 30th Century in Tales Of The Legion Of Super-Heroes #317 (November, 1984) by Paul Levitz, Keith Giffen, Mindy Newell, Terry Shoemaker and Karl Kesel, wherein the Monitor and Lyla check on Dev-Em (a survivor of Krypton with powers similar to Superboy's; when Dev-Em returned after the Crisis, he was a Daxamite instead), all the while as the second Invisible Kid tries to save fellow Legion member Wildfire from an otherdimensional trap.


If Memory Should Fail 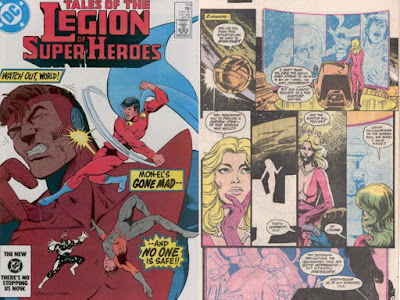 Next up, in Tales Of The Legion Of Super-Heroes #319 (January, 1985) by Paul Levitz, Terry Shoemaker and Karl Kesel, the Monitor and Lyla are kept as busy as the Legion, as the team is spread pretty thing, with Star Boy upset that he has to take on Mon-El (a Daxamite with powers like Superboy's, but going mad with worry from the thought of being exiled again to the Phantom Zone), and Brainiac 5 worried that he cannot properly secure the Legion's headquarters on Earth. 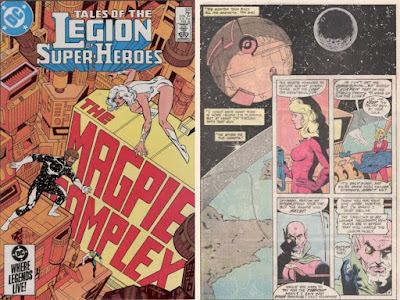 With Tales Of The Legion Of Super-Heroes #320 (February, 1985) by Paul Levitz, Mindy Newell, Dan Jurgens and Karl Kesel, readers see along with the Monitor as Star Boy and Dream Girl try to work our their relationship problems while dealing with Magpie, a thief breaking into their headquarters with tech supplied by the Monitor.  It was old Legion of Super-Heroes foe, Universo, who was trying to get more details on the Legion. 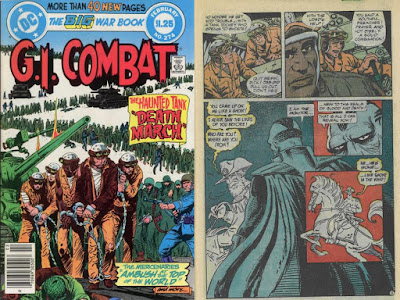 Next up in G.I. Combat #274 (February, 1985) under a Joe Kubert cover, and with story by Robert Kanigher and Sam Glanzman, readers finally get to see a little of the Monitor (as you may have noticed, his previous appearances have all been without actually seeing him).  Lt. Jeb Stuart headed the crew of the World War II Haunted Tank.....haunted by the ghost of Confederate General J.E.B. Stuart, who used his knowledge to help the living Stuart become a better leader.  Here, the Monitor hints at his power, as he meets with the ghostly General on his homeground, something the ghost is not used to.

This tale has not yet been reprinted. 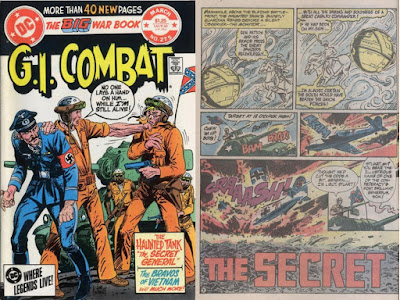 Next up, under another Joe Kubert cover for G.I. Combat #275 (March, 1985), with story by Robert Kanigher and Sam Glanzman, the ghostly General reflects on meeting the Monitor, as the Monitor's satellite leaves the after realm of the dead in World War II.   This hints at some of the length and depth of the Monitor's power, as well as how everything is threatened by the upcoming Crisis.

This tale has not been reprinted. 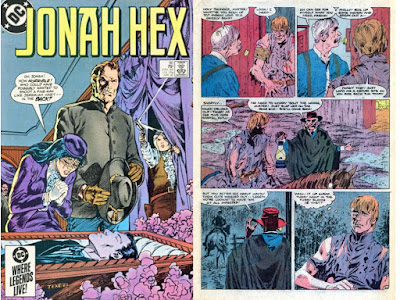 Jonah Hex #90 (April, 1985) by Michael Fleisher and Gray Morrow (under a Mark Texeira cover) has one of the odder appearances of the Monitor....but you have to look hard.  In the Wild West, Confederate gunslinger, Jonah Hex, was quite injured and desperate, but happens to find a home with a horse right when he needed it....and, surprise, that home owner was a disguised Monitor!  The Monitor knew the need of an old 1870s bounty hunter in the upcoming Crisis and beyond his own time. 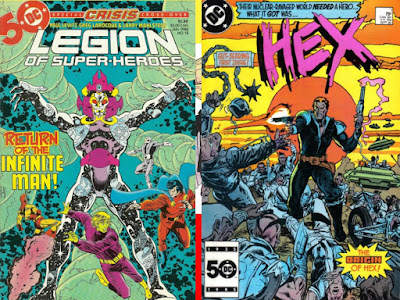 The Monitor has watched the Titans, Justice League, Justice Society and even more mystical lands, with the whole of the Multiverse in danger, wondering if the future (or the past) will survive, yet it is after his meetings with Batman and Superman that the Crisis would happen!