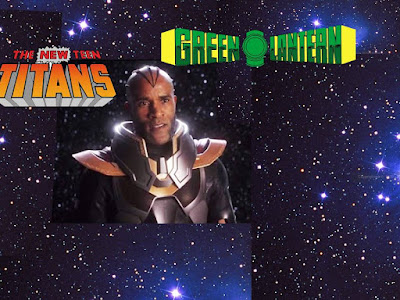 Starting a look into the man who was investigating the DC Universe, the Monitor.

In his earliest appearances, he spend his time watching and planning.....and, planning right now to look at what he did during those brief appearances.

First up, a look at issues of New Teen Titans and Green Lantern.

Beware The Wrath Of ...Brother Blood 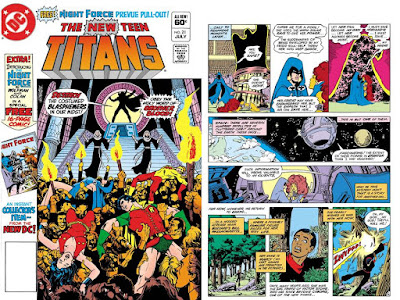 A quiet start, showing the Monitor's interest in events, but little more.  This story has been reprinted a few times, including in the New Teen Titans Volume 4 TPB. 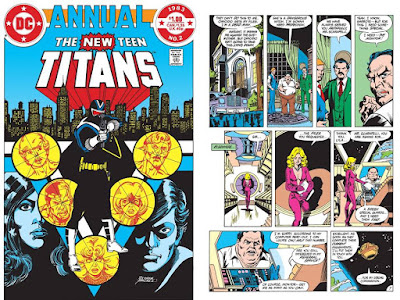 New Teen Titans Annual #2 (1983) was the next appearance of the Monitor by Marv Wolfman, George Perez and Pablo Marcos.  This issue also introduced the assassin Cheshire (along with others) as they were hired from the Monitor (who revealed an assistant, Lyla, later to be known as Harbinger) to deal with the Vigilante (the identity assumed in this book by Adrian Chase, to deal with the crime syndicate that killed his family).

This issue has been reprinted many times, including in the New Teen Titans Volume 5 TPB and in Vigilante by Marv Wolfman Volume 1 TPB. 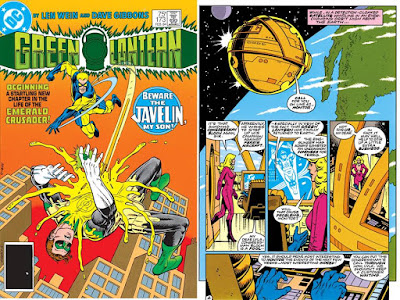 Green Lantern #173 (February, 1984) by Len Wein and Dave Gibbons was where the Monitor and Lyla next showed up, as Hal Jordan settled back to life on Earth and at Ferris Aircraft (and to being Green Lantern).  To stop Green Lantern, the Monitor was hired, and provided the villain, Javelin (in his first appearance).

This story was reprinted in Green Lantern Sector 2814 Volume 1 TPB. 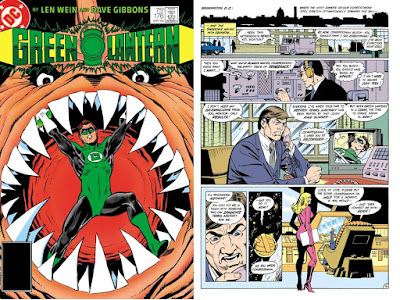 Green Lantern #176 (May, 1984) by Len Wein, Dave Gibbons and Dick Giordano, with the Shark taking a bite out of Green Lantern is the next appearance of the Monitor and Lyla.  The Demolition Team (a team of villains) premiere in this issue, again, with help from the Monitor.


This story was reprinted in Green Lantern Sector 2814 Volume 1 TPB. 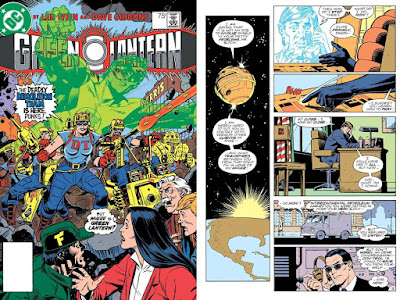 Green Lantern #178 (July, 1984) by Len Wein and Dave Gibbons helps firmly entrench the Monitor and Lyla in the DC Universe, as Congressman Jason Bloch tries to get out of deal with the Monitor, and you can see that doesn't go well (ending this little subplot with the Monitor, Lyla and the Congressman, establishing that the Monitor knows where to find villains)...

This story was reprinted in Green Lantern Sector 2814 Volume 1 TPB, with many more great Green Lantern stories (not unlike those here). 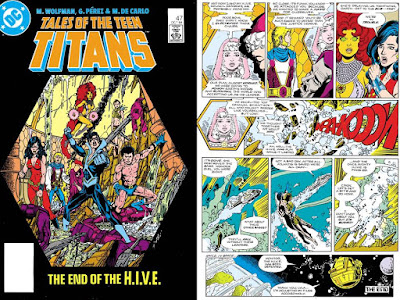 Tales of the Teen Titans #47 (October, 1984) by Marv Wolfman, George Perez and Mike DeCarlo, is the last of the appearances of the Monitor and Lyla we'll be looking at now, as the Titans (working with returning member Aqualad and his girlfriend, Aquagirl), defeat the H.I.V.E...with the Monitor and Lyla providing the epilogue to this story.

This issue was reprinted in the New Teen Titans Volume 7 TPB. 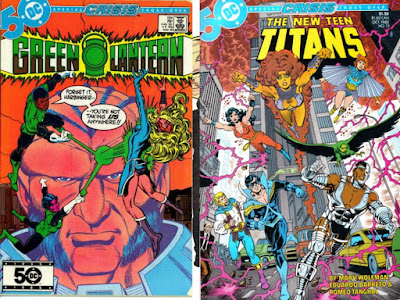 These appearances just give a slight tease as to what the Monitor might be up to in his satellite, watching the Earth, but future appearances will show more, including the Justice League of America, Infinity Inc., the Legion of Super-Heroes and more spots of the DC Universe as the Monitor continues to catalogue.....as these heroes and more head to meeting in the Crisis On Infinite Earths.