No Cold Turkey For Thanksgiving 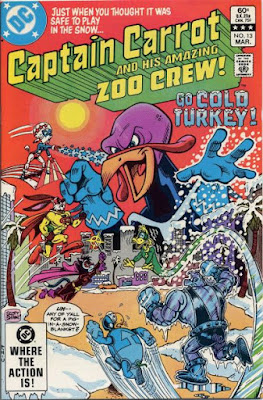 May you not be fighting with a cold turkey this Thanksgiving...unlike Captain Carrot and his Amazing Zoo Crew (Pig-Iron, Alley-Kat Abra, Fastback, Rubberduck and Yankee Poodle).

This, from the wonder series of funny animals, with a cover by Scott Shaw!, and interiors by E. Nelson Bridwell, Scott Shaw!, Stan Goldberg and Al Gordon for Captain Carrot and the Amazing Zoo Crew #13 (March, 1983). 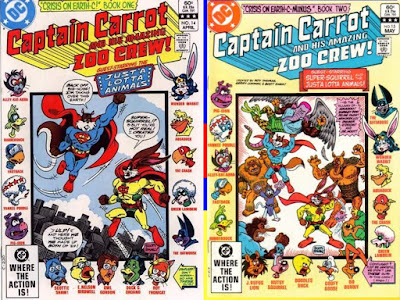 Of course, Captain Carrot and friends lived on Earth-C, a world populated by talking animals....and, wouldn't you know it, they had their own Crisis as well (but that's a story for another time).

Posted by Dave's Not Here Comic Blog at 4:55 AM