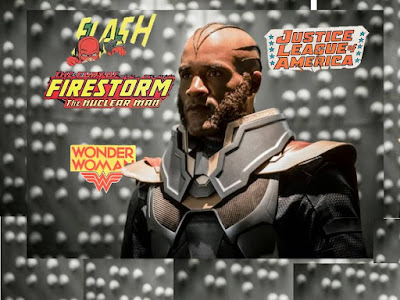 The Monitor and Lyla weren't just watching Green Lantern and the Titans.

His interests lie beyond...and that started to show has he watched rest of the Justice League of America as well.

Here are a few observations on those encounters. 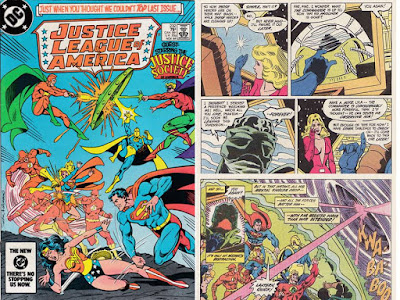 Justice League of America #232 (November, 1984) by Kurt Busiek and Alan Kupperberg, under a cover by Chuck Patton and Dick Giordano.  The Monitor is watching during the last of the JLA/JSA team-ups (with special guest, Supergirl), including being watched by the Commander, before the Crisis on Infinite Earths.

The End Of His Rope 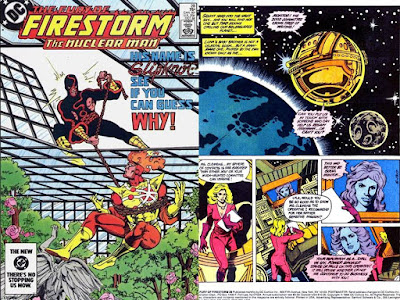 Fury Of Firestorm #28 (October, 1984) by Gerry Conway, Joey Cavalieri, Rafael Kayanan, Pablo Marcos and Rodin Rodriguez, has the Monitor and Lyla providing their services to Firestorm foes, the 2000 Committee, in capturing Firehawk, connecting them with the assassin, Slipknot (this being his first appearance).

This story has, sadly, not been reprinted as of yet.

The Revenge Of The Rogues 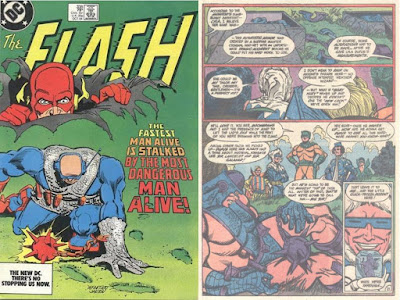 Flash #338 (October, 1984) by Cary Bates, Carmine Infantino and Frank McLaughlin, see Flash's foes, the Rogues (including Captain Cold, Mirror Master and Trickster), tired of being beaten by the Flash.  So, they get hi-tech armor from the Monitor (though he and Lyla don't appear physically in this issue) and provide to Dufus P. Ratchet (a victim of a health problem that saw his body grow, while his intelligence shrank) with the means to take on the Flash as Big Sir. 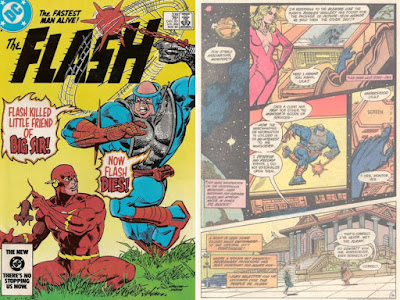 Flash #339 (November, 1984) by Cary Bates, Carmine Infantino and Frank McLaughlin, see the work Monitor put in behind the scenes pay off, as Big Sir attacks the Flash over confusion and a dead mouse.  Lyla questions the Monitor's choice, but he defends himself.

This story has, sadly, not been reprinted as of yet. 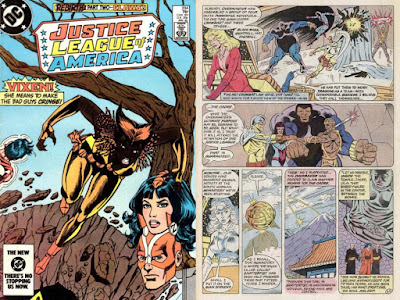 This story has been reprinted in the Justice League of America: The Detroit Era Omnibus.

Night Of Many Wonders 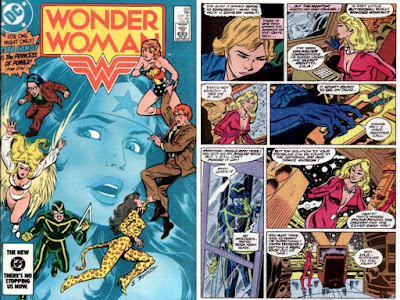 Sadly, this tale has yet to be reprinted. 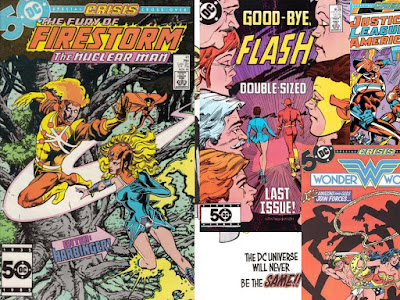 The Monitor watched more than these Justice Leaguers (including Green Lantern, previously covered), as will be shown, as future installments show his involvement with Superman, Batman (and the Outsiders), Blue Devil, Swamp Thing, Infinity Inc. and more!