May Spidey Be With You 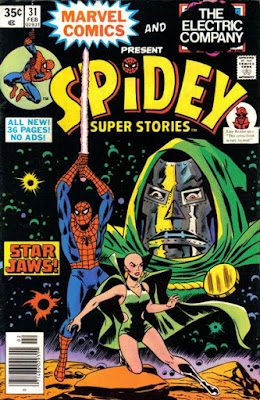 
....Spider-Man faced the evil Dr. Doom with the help of Moondragon, in an issue of Spidey Super Stories... 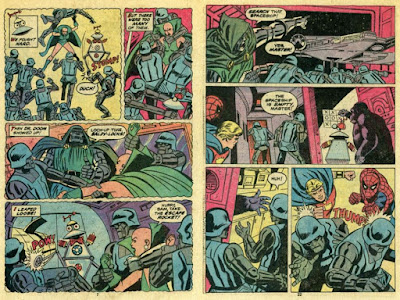 
....with a cover by Keith Pollard and Frank Giacoia...


....a little after some movie gave us all A New Hope. 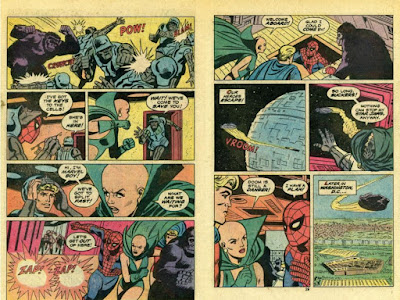 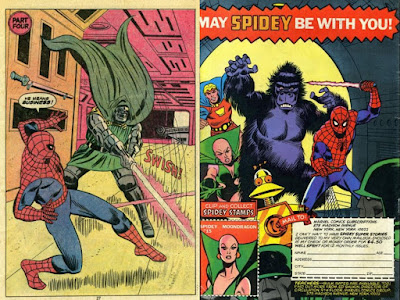 ....with Spider-Man as Luke Skywalker, Moondragon as Princess Leia, Marvel Boy as Han Solo, Paul the Gorilla from Electric Company as Chewbacca, Sam the Sesame Street Robot as R2-D2 and C-3PO, Dr. Doom as Darth Vader and his Doombots as Stormtroopers, as Dr. Doom used his new space station, Star Jaws, to try to eat the Earth! 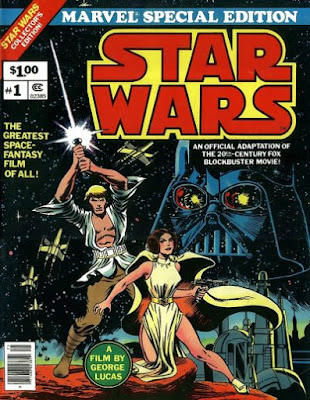 It was a simpler time.


Still, it was a little fun, and did give a little info on who Moondragon and Marvel Boy were, and, hey, Marvel did have the Star Wars Property at the time!