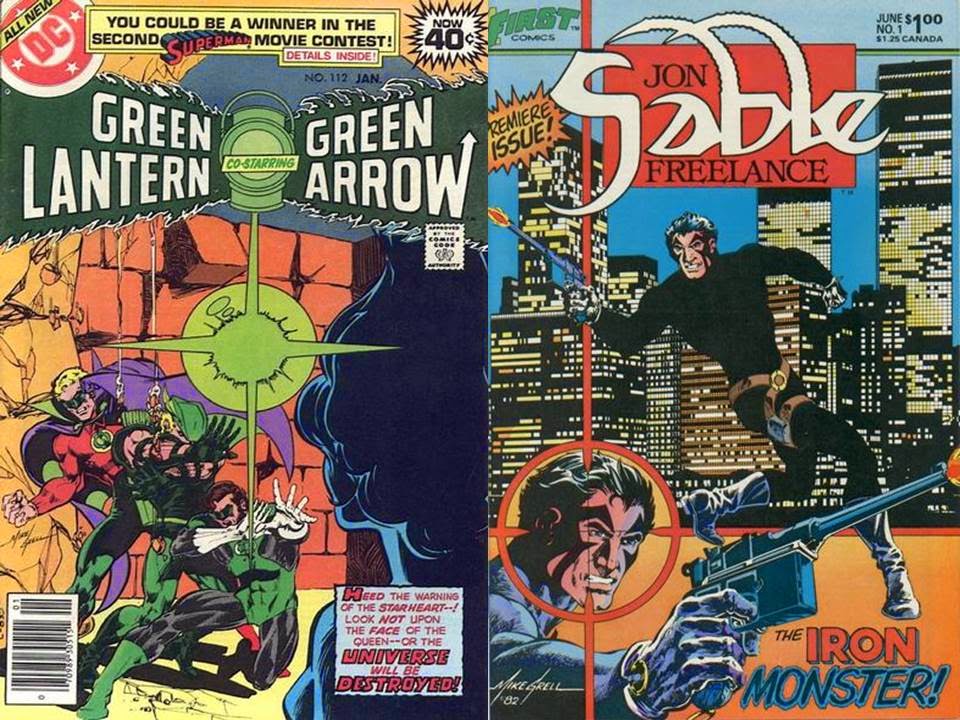 Mike Grell was quite the busy artist for a time...after his last work on Green Arrow (the cover of Green Lantern #112), working on his own creation, the Warlord, at DC, and then creating his own character, Jon Sable, Freelance, for First Comics....could this busy man find time for the Emerald Archer? 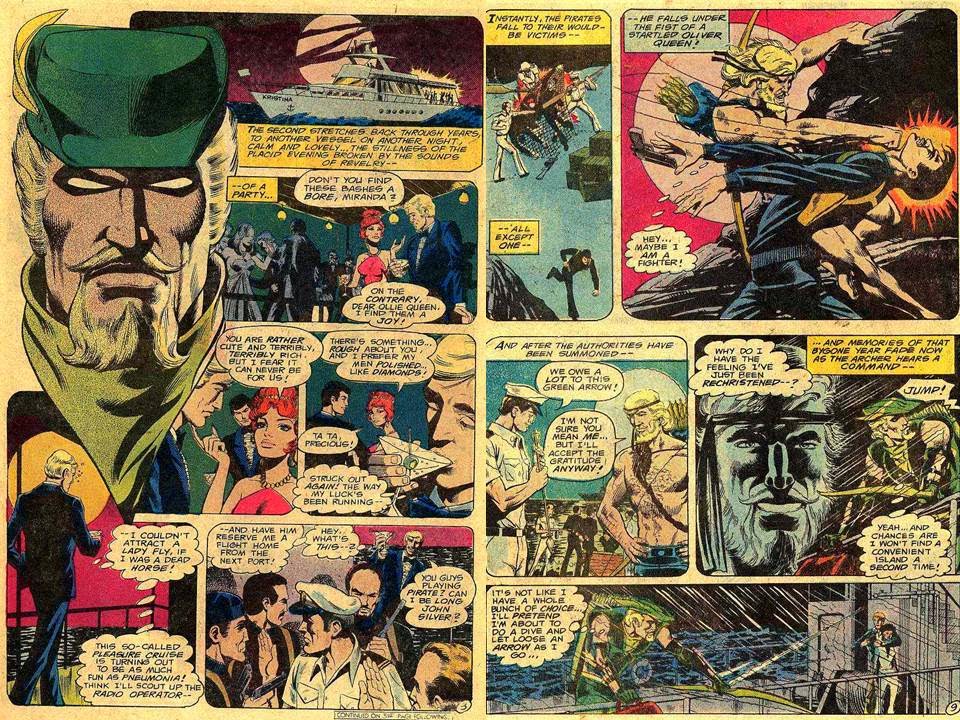 That's what Mike Grell did for Oliver Queen...

...continuing an idea from DC Super-Stars #17  (cover date of Nov/December, 1977),  wherein Denny O'Neil and Grell redid the Arrow origin, basing it on a little more reality (though keeping the basic idea from the origin as retold by writer Ed Herron and artist Jack Kirby in Adventure Comics #256, in January, 1959, wherein rich man Queen gets trapped on Starfish Island and learns archery to survive). 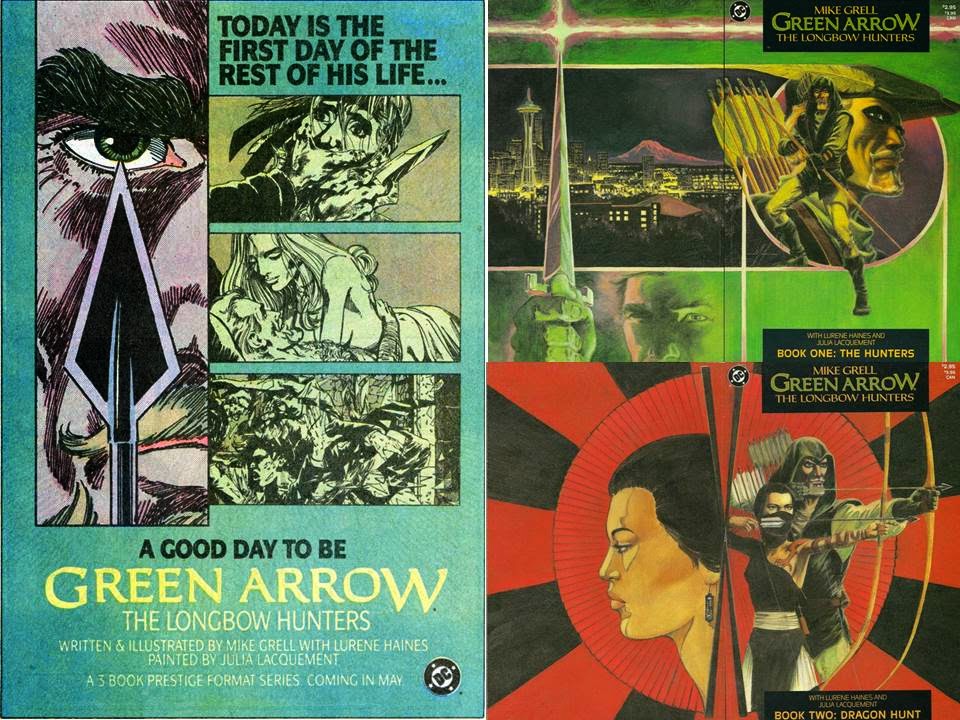 With the 3-issue mini-series Green Arrow: The Longbow Hunters (1987) writer/artist Mike Grell took Green Arrow back to being an urban hunter, getting rid of the trick arrows, the super-villains and almost everything else around Ollie (even injuring Black Canary to take her away from him for a bit). But, Ollie didn't just lose things in this series.

...both of whom became very important in the life of Oliver Queen as time went on....

...and Ollie had quite a time in his own ongoing title! 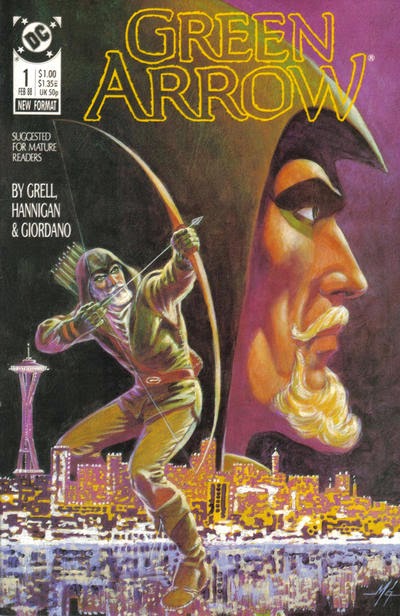 For eighty issues (from February, 1988 to November, 1993), Mike Grell guided Green Arrow through his new city (Seattle, instead of the fictional Star City), having the hooded vigilante deal with criminals, government agents and some of the worst of his own problems...

...and though Iron Mike didn't provide all the art for this series, he did draw more than a few covers... 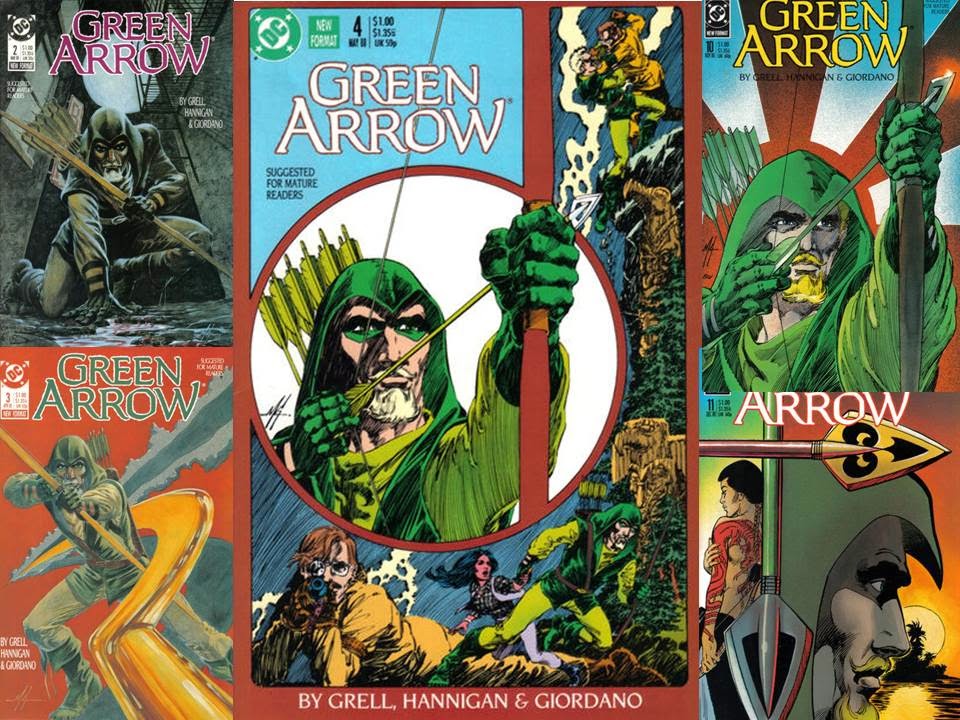 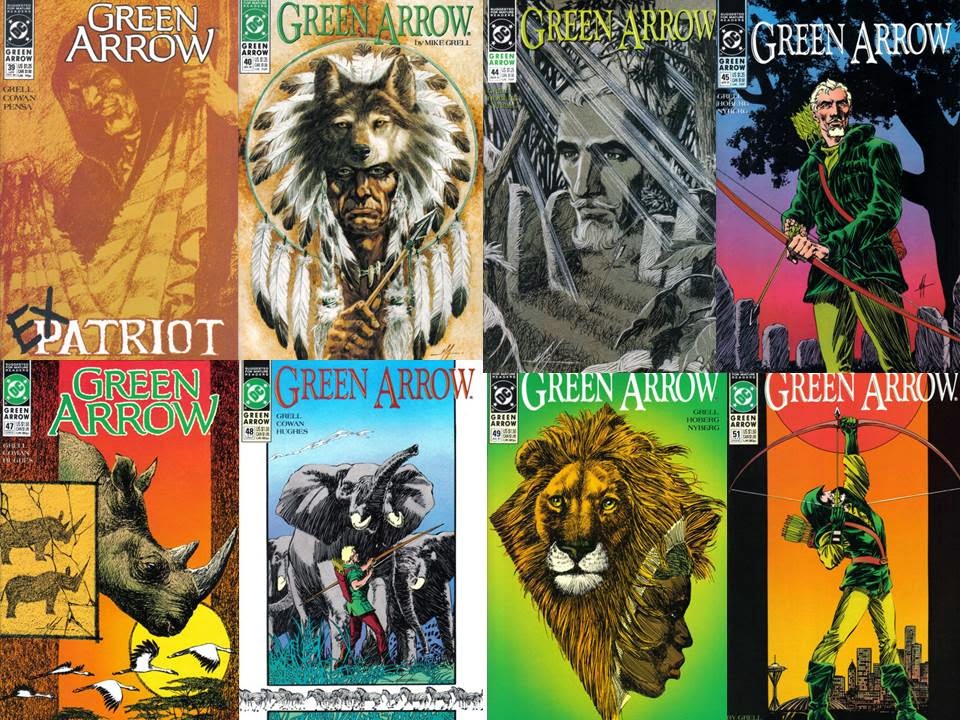 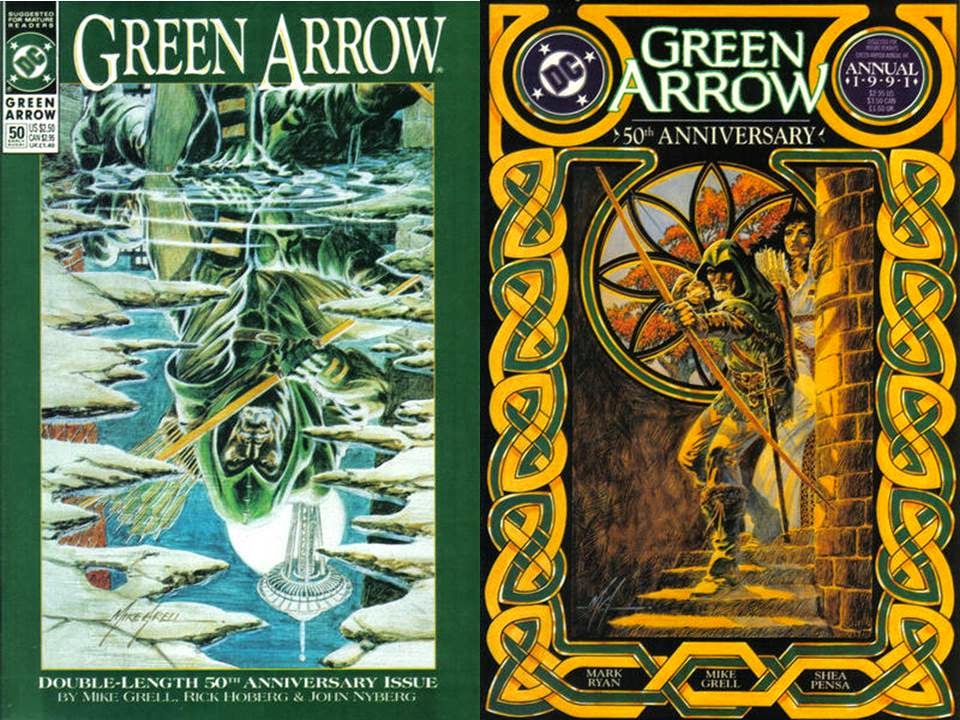 ...slowly returning to the DC Universe, at least by bringing Black Canary back... 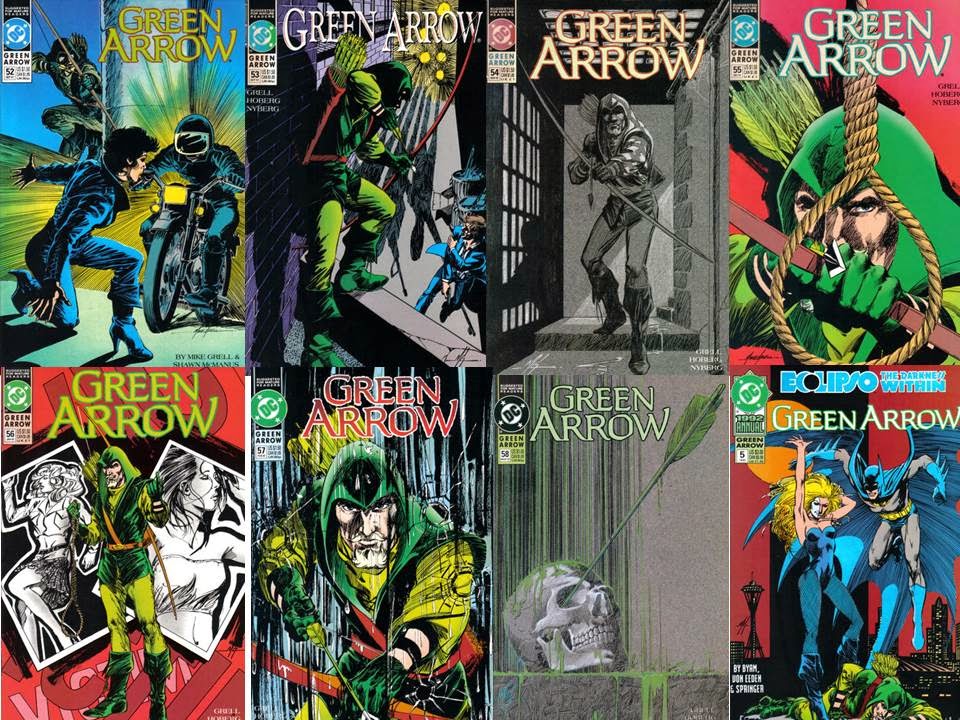 ...as well as teaming up with the Butcher and the Question... 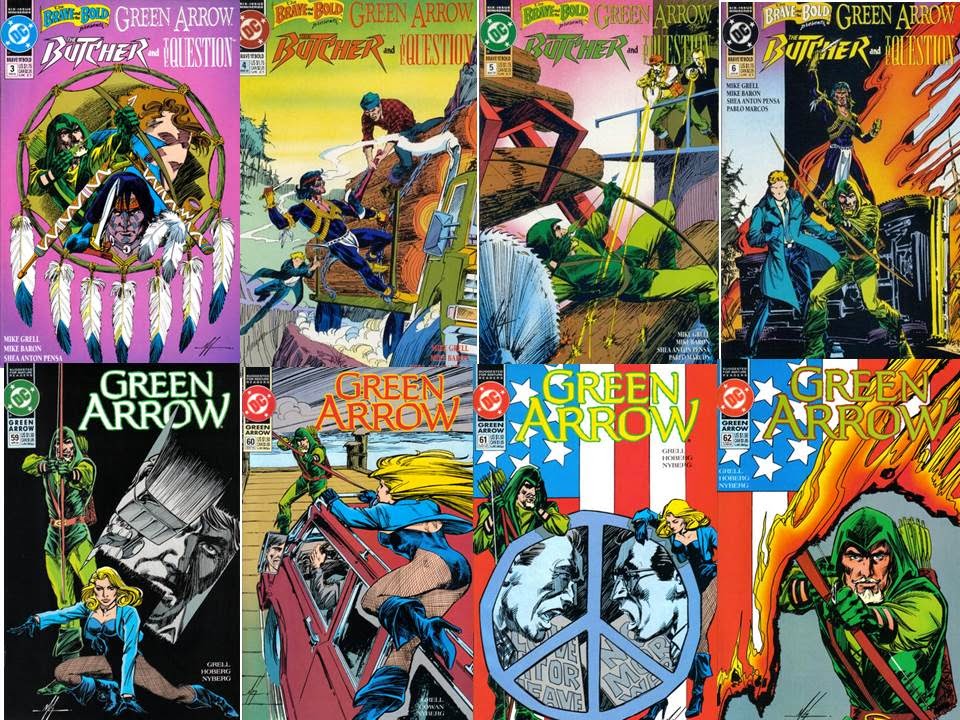 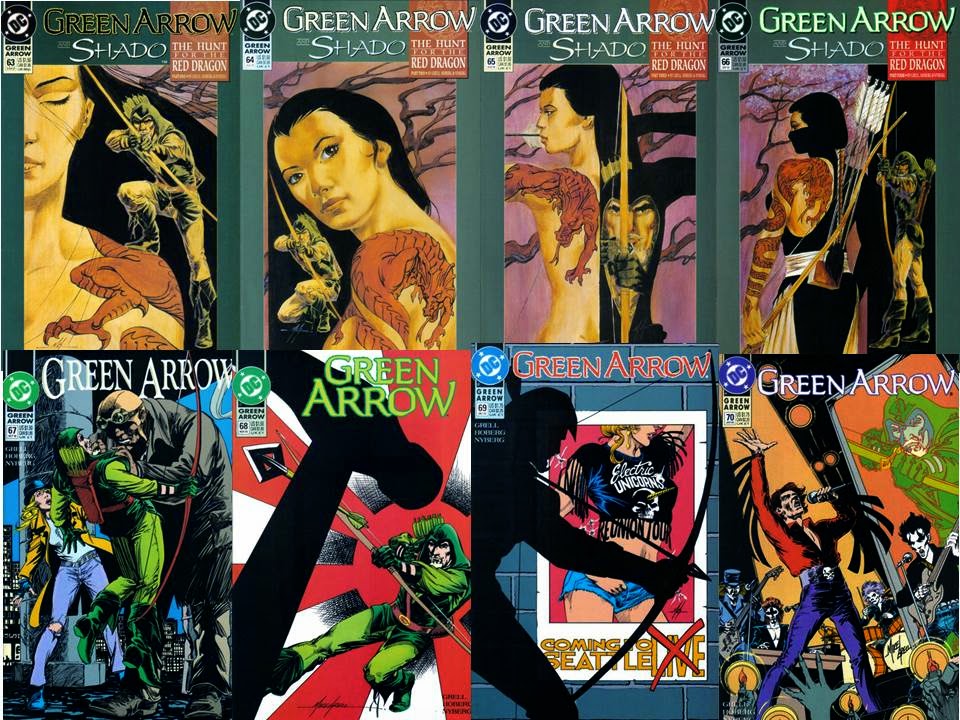 ...seeing Roy Harper (now Arsenal instead of Speedy), and having too many women... ...until the last of Grell's work on the title (though the title continued on)... 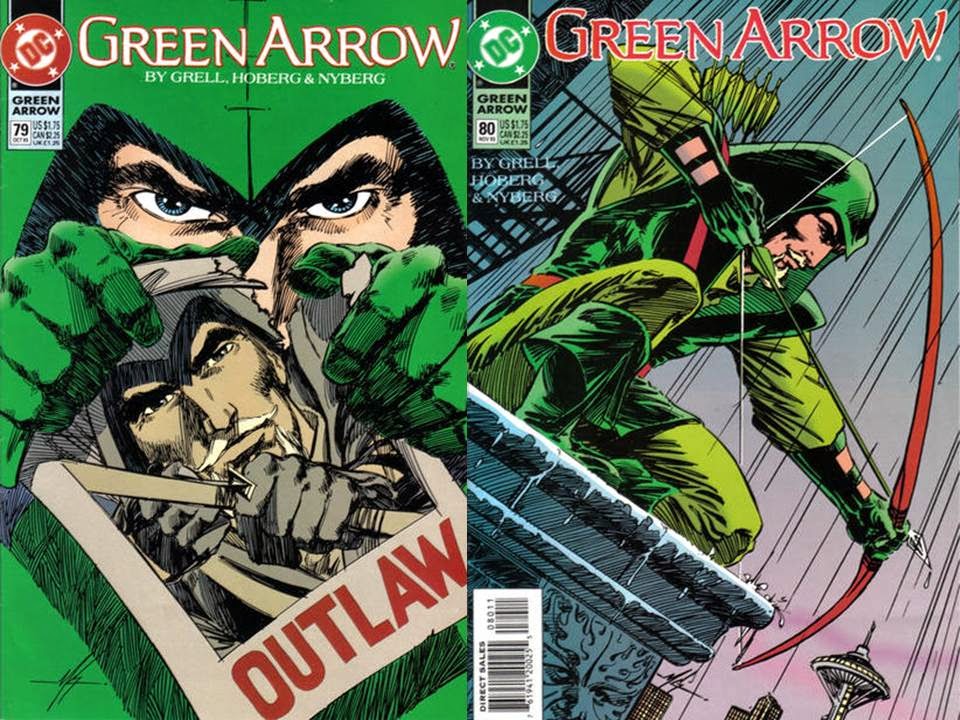 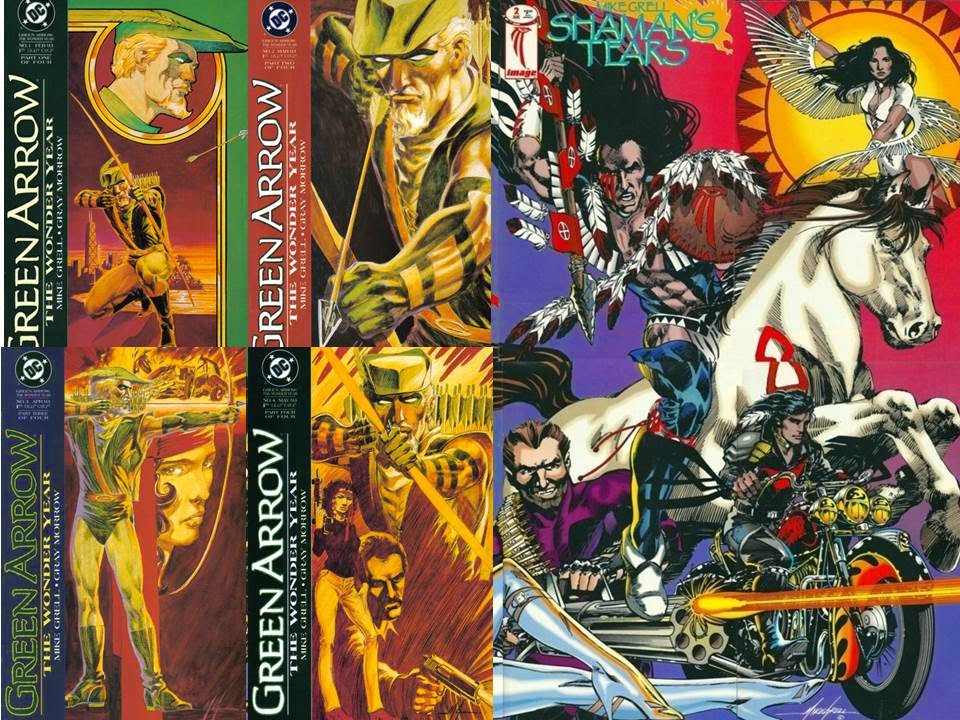 ...and creating Shaman's Tears for Image Comics, the archer called back to Mike Grell...

....and he listened, (after brief stops back with the Warlord and Iron Man as well)... 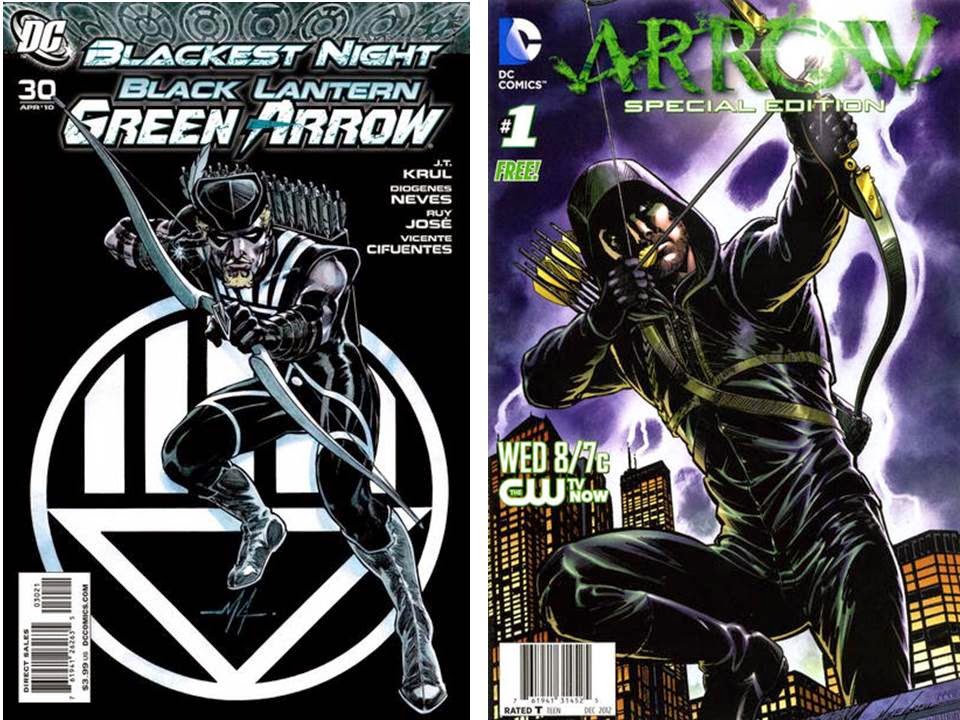 ...not to mention a Green Arrow variant cover for Blackest Night...


...this time thanks to the Arrow TV show on CW!

It's appropriate for Mike Grell to work on that series...having provided the sketch of "the Hood"...and being referred to on the series ("Judge Grell"). 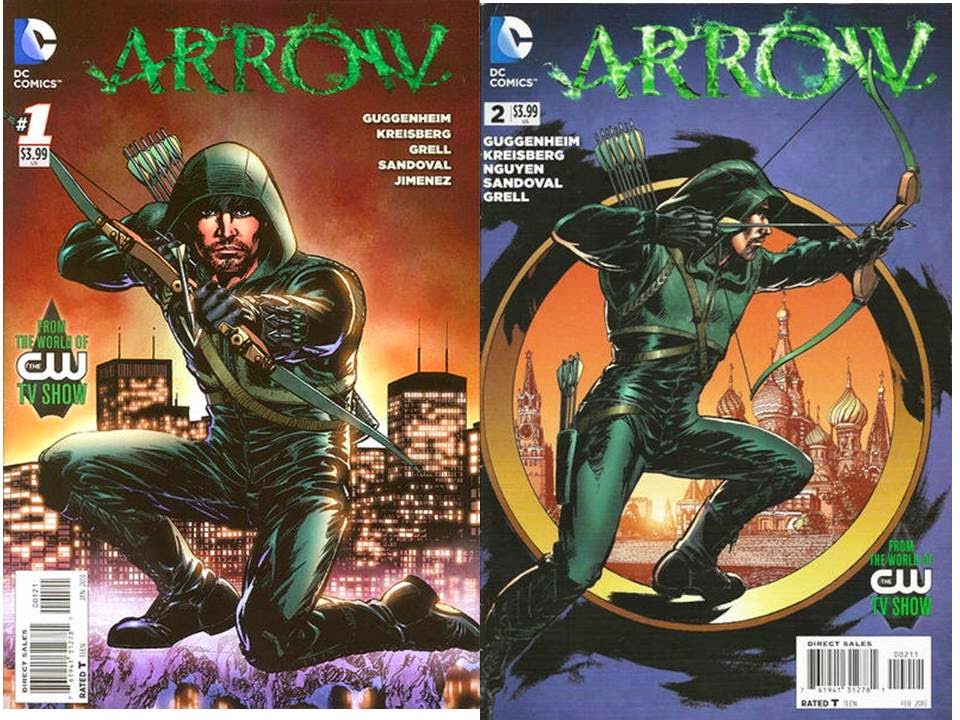 The Arrow CW show has mentioned a few other artists and writers over time, and we'll cover more of them here!

Remember to check out Mike's website as well for info on how to meet him!
Posted by Dave's Not Here Comic Blog at 7:13 AM