It's not a bird, nor a plane...it's a line of Superman Action Figures from Figures Toy Company! 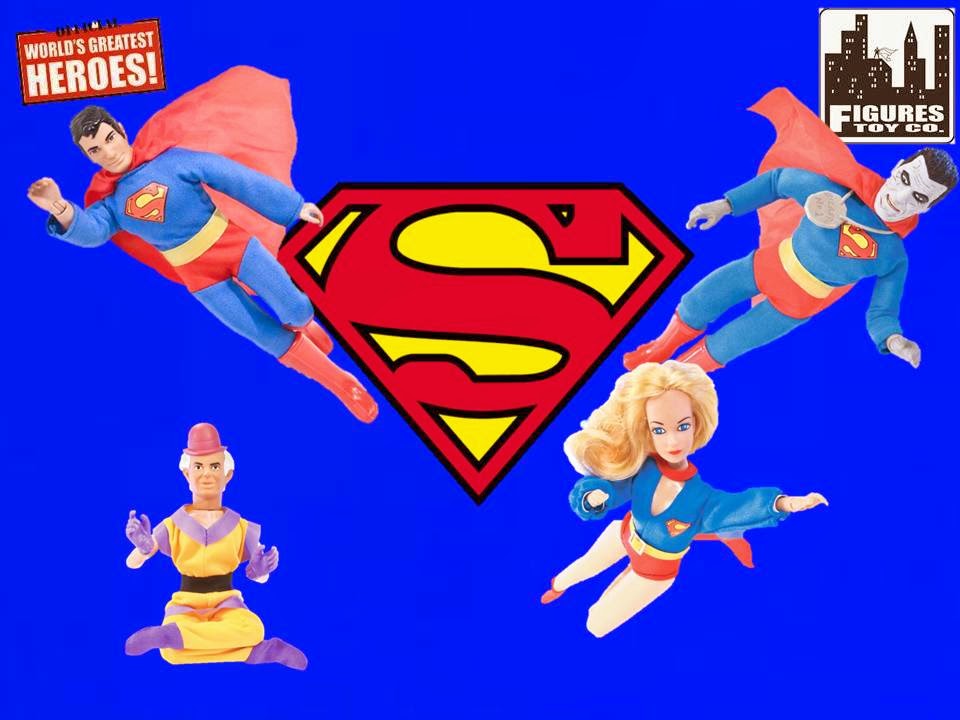 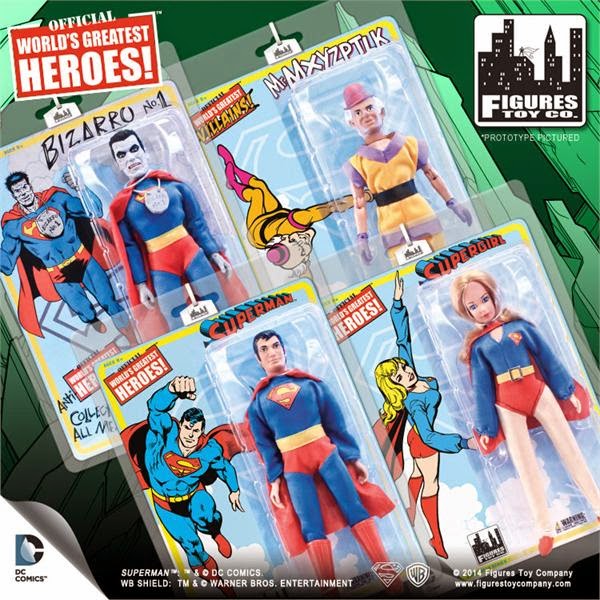 Superman and Supergirl are exact replicas of the original action figures that were released by Mego.

Mr. Mxyzptlk is also a replica, but is on the 6 inch teen body...so he's lost some weight!

Bizarro No. 1 is a Figures Toy Company original, all for the Superman Retro 8 Inch Action Figures.

The estimated release date for these is late November, 2014...but, as always, subject to change! 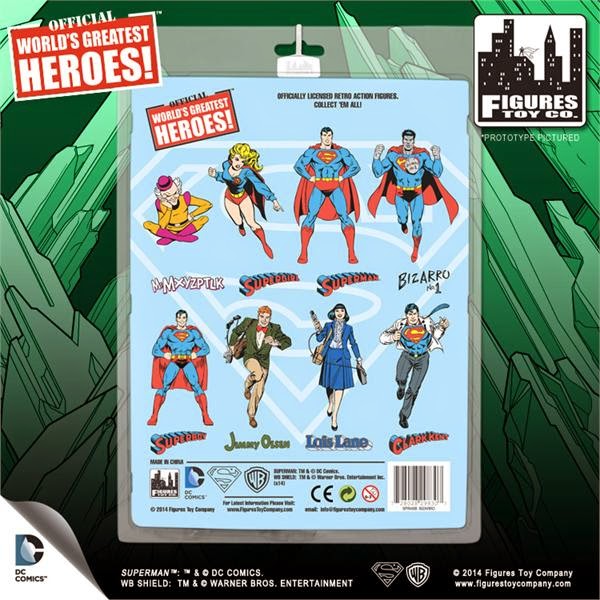 More exciting is what is to come in series 2...Superboy!  Lois Lane!  Clark Kent!  Jimmy Olsen!

Great Krypton and Great Caesar's Ghost!
Posted by Dave's Not Here Comic Blog at 6:19 AM