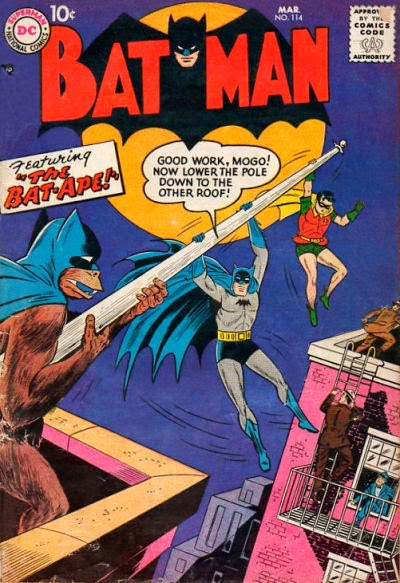 Well, for truth in advertising, it isn't Batman who goes ape in Batman #114 (March, 1958 with art by Sheldon Moldoff, but no listed writer....though Bill Finger is given a credit), instead it is a circus gorilla named Mogo.

Mogo's owner, Arthur Harris, gets blamed for a theft after Mogo creates a distraction at the circus...

Batman and Robin go to clear Harris' name and Mogo tags along. 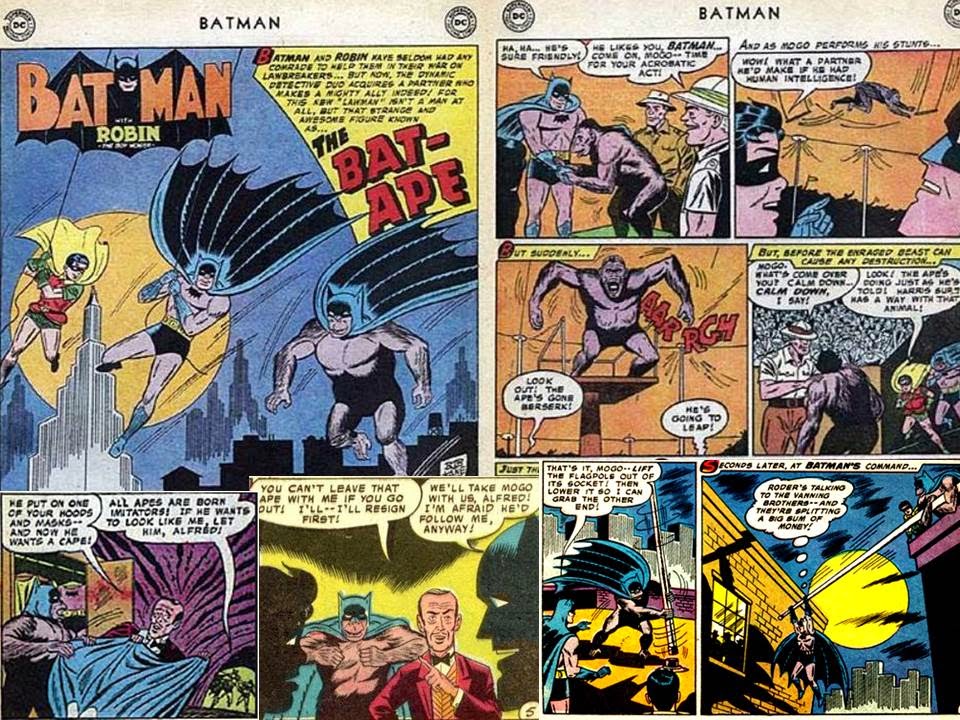 Mogo helps, and ends up in the Batcave, where he takes one of Batman's spare cape and cowl's (much against Alfred's wishes) and follows the dynamic duo...and helps capture the criminals!

As Harris is cleared, he takes Mogo back to Africa and sets him free (and later appears on an episode of the animated Batman: Brave & the Bold series).

Sounds almost like an episode of the 1960s Batman TV show produced by 20th Century Fox...no?

Planet of the Apes on Batman 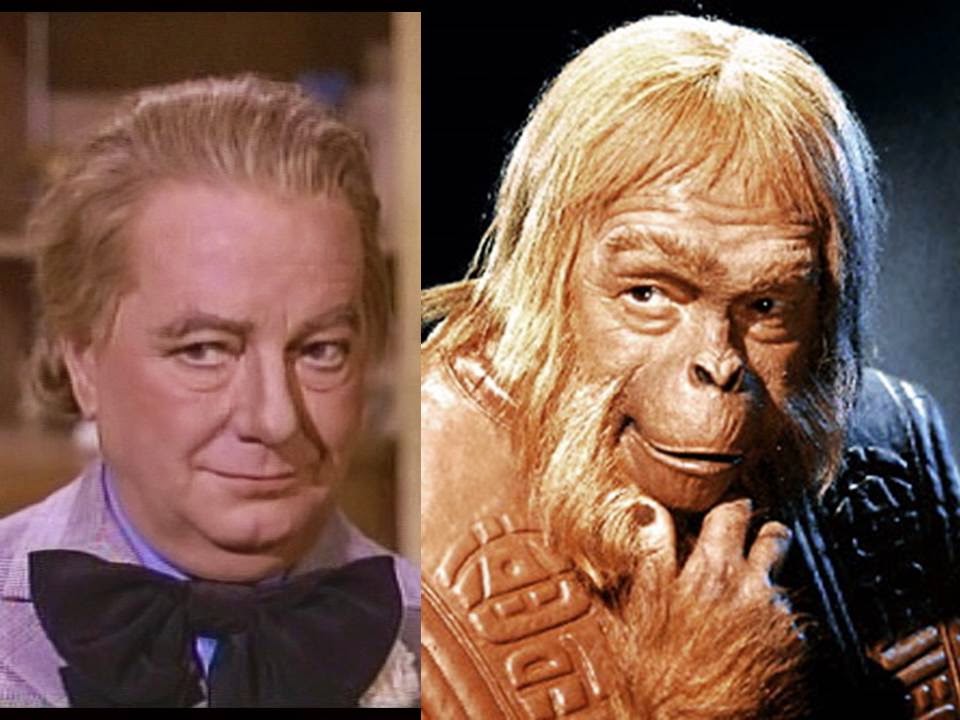 Well, a few of the Planet of the Apes (also made by 20th Century Fox) stars were on the Batman TV show!

Maurice Evans played the Puzzler (a Riddler-knock off when Frank Gorshin wasn't available) in two episodes of Batman, ("The Duo Is Slumming" and "The Puzzles Are Coming") in Season 2 in December, 1966...and was Dr. Zaius in Planet of the Apes (1968) and Beneath the Planet of the Apes (1970). 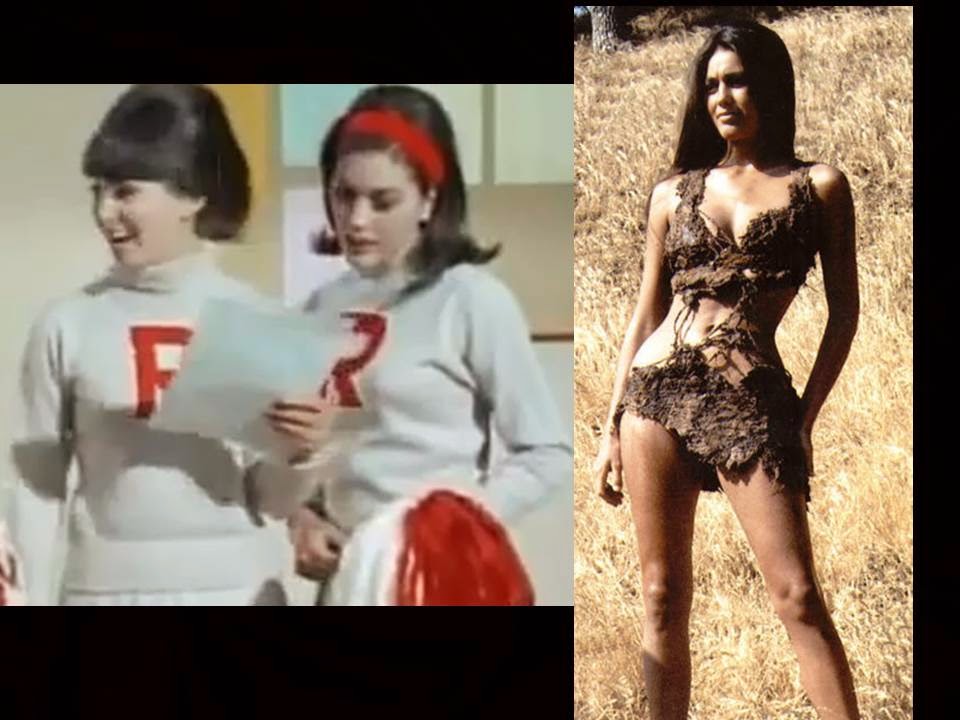 Don't blink or you'll miss her in the 2001 Planet of the Apes....or in the Batman episodes! 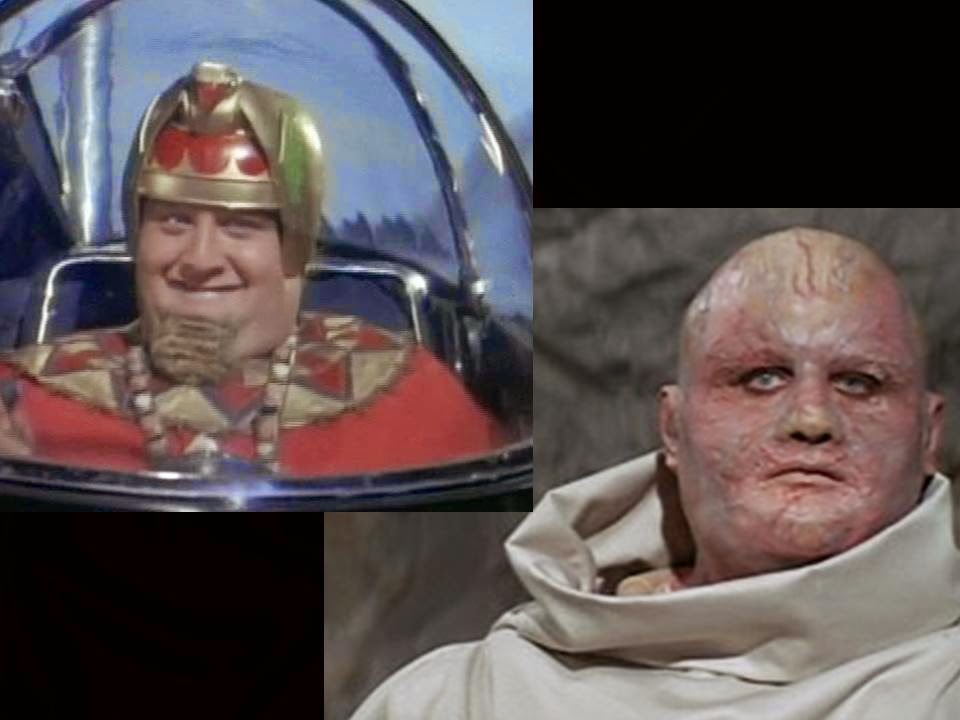 Victor Buono was the Egyptian master of menace, King Tut, in 10 original Batman episodes, "The Curse of Tut", "The Pharaoh's In A Rut", "The Spell of Tut", "Tut's Case Is Shut", "King Tut's Coup", Batman's Waterloo", "A Horse of Another Color", "The Unkindest Tut of All", "The Great Train Robbery" and "I'll Be A Mummy's Uncle"...and played the mutant Fat Man in Beneath the Planet of the Apes (1970).

"Fat Man" was a reference to the bomb, as the mutants worshiped the atomic bomb...and maybe to his other qualities as well. 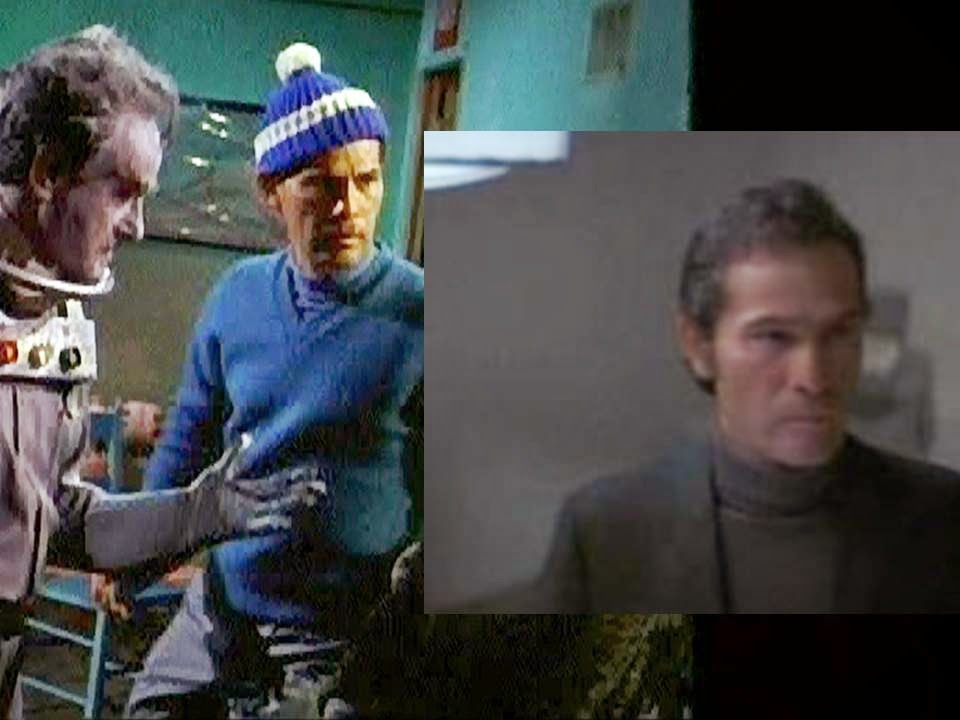 H.M. Wynant was Frosty in two Batman episodes ("Ice Spy" and "The Duo Defy") in 1967 with Eli Wallach's Mr. Freeze, and was Inspector Hoskyns (the henchman of Chief Inspector Kolp, who interrogated poor Armando) in Conquest of the Planet of the Apes (1972).

Wynant is likely best remembered from his time in the Twilight Zone, in the episode "The Howling Man" from 1960! 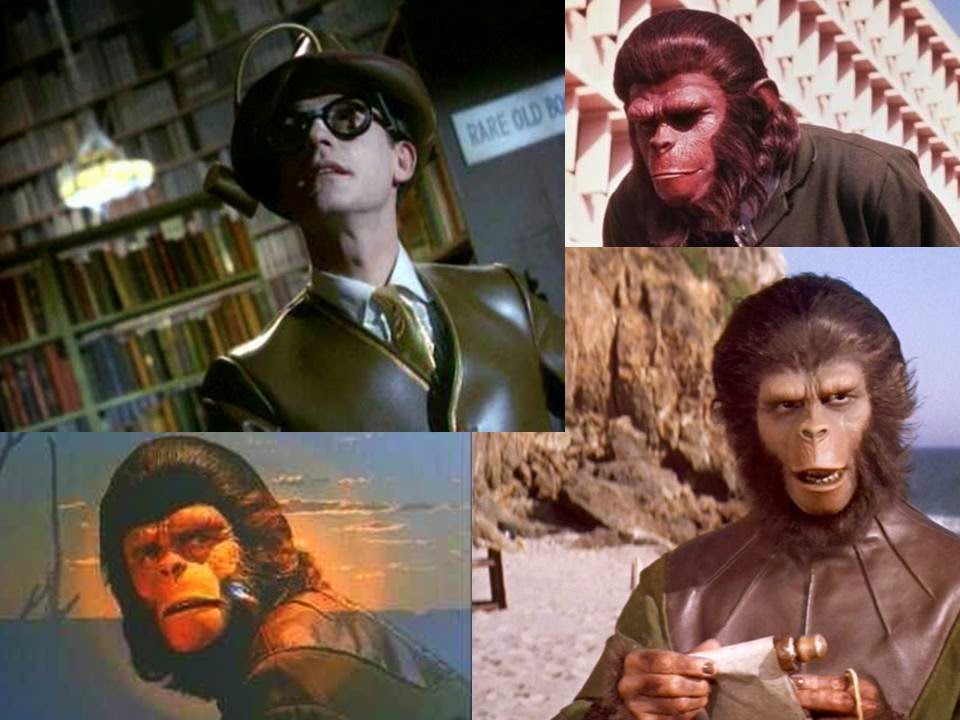 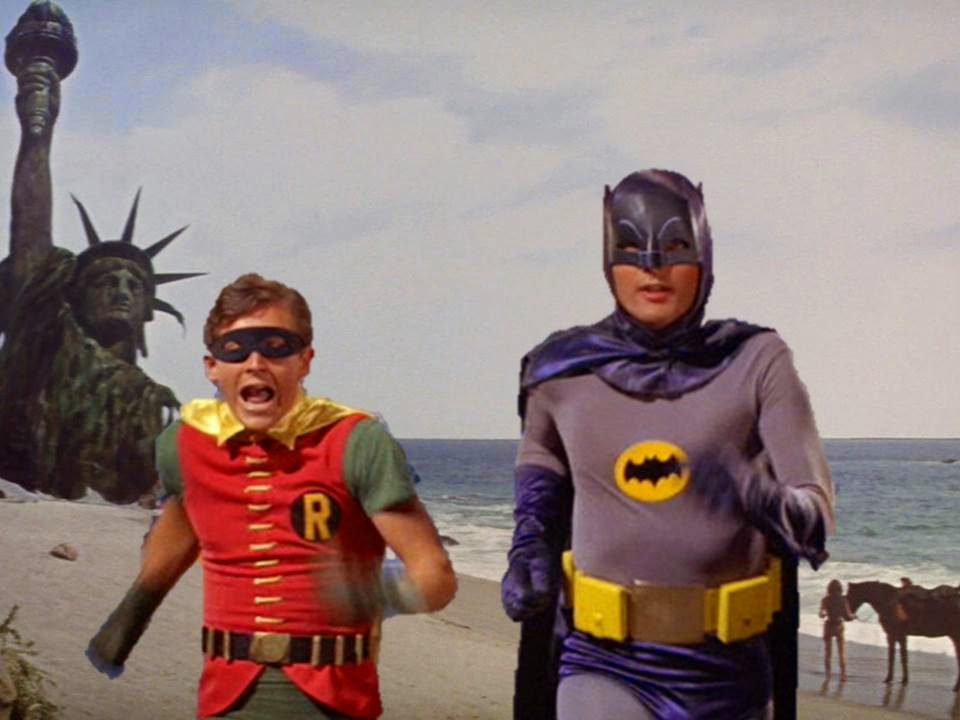