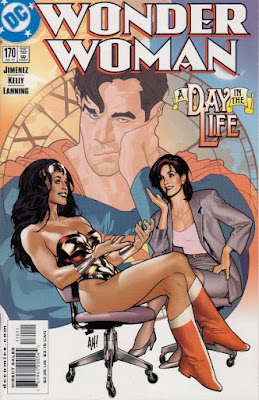 "She's A Wonder"....the title of the story in Wonder Woman #170 (July, 2001), by Joe Kelly, Phil Jimenez and Andy Lanning (all under a cover by Adam Hughes), has reporter Lois Lane following around Wonder Woman (Princess Diana of Themyscira) as she lives a day in her life...and gets some insight on who Wonder Woman is.

A simple, but well told and illustrated tale, that is helpful for anyone who needs to have Wonder Woman defined for them....and a great comic to start on if you've just seen the movie and want an issue to dive in with (as you very much see echos of this at beginning and end of the movie...this also follows very much of the Wonder Woman character that George Perez worked on, when Wonder Woman was rebooted in the 1980s adding more of classic mythology to Wonder Woman's origin.....also a great place to start!). 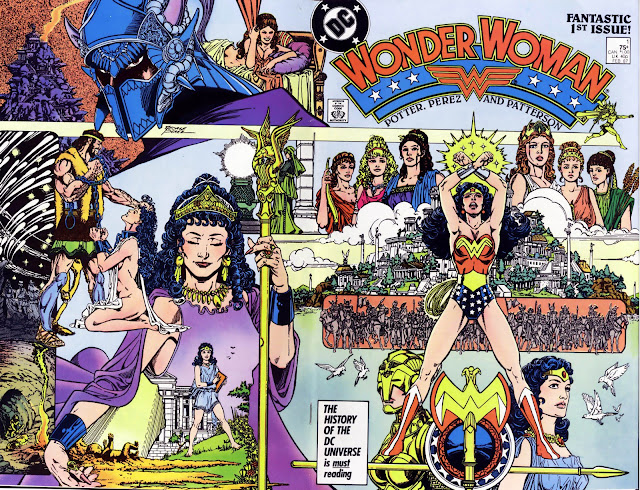