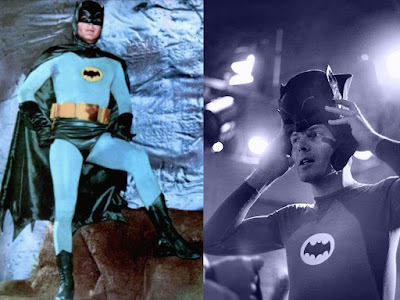 What to say about Adam West....the man who was linked with Batman since 1966 and the man behind the mask?


Who inspired generations of fans with his Batman TV Show?


Who was able to work seriously with a camp style Batman? 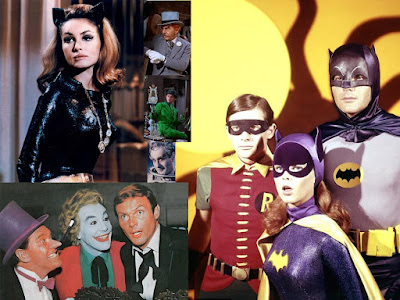 Whose series introduced non-comic reading America to not only Batman, but also to Robin and, later, Batgirl...

....and a host of Bat-Villains, like the Joker, Catwoman, Riddler, Penguin, Mr. Freeze and the Mad Hatter? 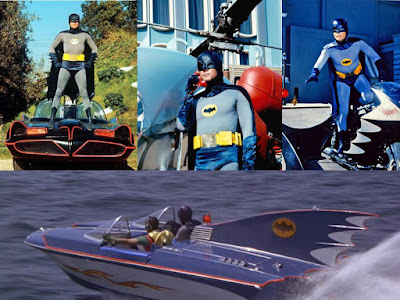 Who got a chance to drive every type of vehicle as the hero...

...from Batmobile to Batcopter to Batcycle to Batboat, proving that there was nowhere for criminals to run? 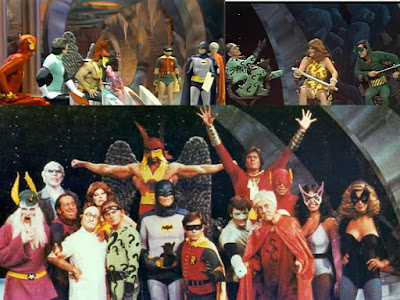 Who got to introduce fans to other DC heroes live in the Legends of the Superheroes over a decade after his show was off the air.....though it was two of the most forgettable hours of television aired, coming in second to last in both episodes of the specials that aired in the late 1970s? 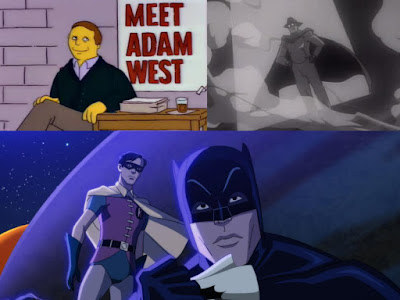 Who got to come back to the world of Batman, being "Simpsonized" for the Simpsons, playing Batman's mentor (Gray Ghost) in the Batman: the Animated Series, and even back to the Batcave for himself, with a new animated Batman movie in the 1960s style? 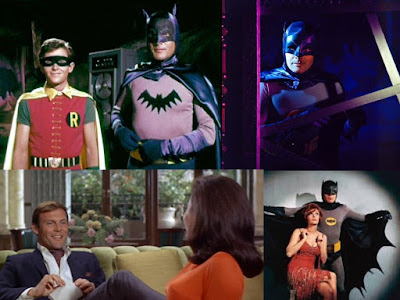 Well, we can look back at all that he's done, and say, thanks, old chum.....while the 1960s light-hearted TV Show might not have shown Batman in his best light, it did inspire others, putting Batman in the forefront of DC's heroes for a time, and that was due in no small part to the talents of Adam West.