It's hard to imagine two more different characters than Superman and Batman...

...one, the last son of doomed planet Krypton, rocketed to Earth to be bright, shining symbol of hope for the city of Metropolis...

...the other, the son of wealthy parents, taken from him in a horrible crime, dedicating himself to a war against all criminals in his home city of Gotham. 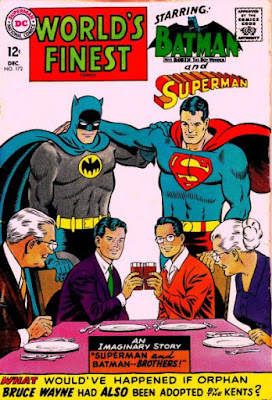 In World's Finest Comics #172 (December, 1967, by Jim Shooter and Curt Swan), readers were given an odd look at Clark Kent and Bruce Wayne's lives if they had intersected earlier...when Clark was Superboy and Bruce just lost his parents (in what they called, in the Silver Age, an "imaginary story", which was one which had significant differences than the normal continuity of monthly comics...and later could be said to have taken place on "Earth-172", as all stories fit somewhere...or maybe they are all imaginary stories?).

The Kents took in young billionaire Bruce Wayne to care for him (and Superboy thought Bruce on his way to becoming a criminal...until he learned the truth...as Bruce had become...Batboy!).

Superboy and Batboy continued their partnership through adulthood (and Bruce getting full control over his parents' fortune and Wayne Manor).  Bruce and Clark moved to Gotham (with Clark becoming a reporter for the Gotham Gazette)...at least until they cross paths with Lex Luthor...and he kills the Kents! 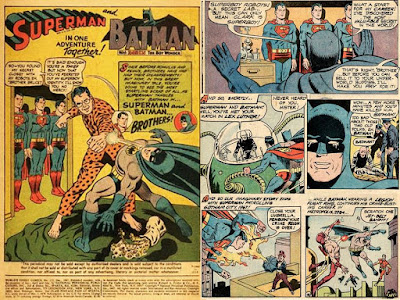 This pushes Batman over the edge..

....with Batman barely able to not kill Luthor!

For the good of the world, Superman takes Batman to the 30th Century to work with the adult Legion of Super-Heroes, while Superman stays behind to protect 20th Century Gotham and run the Wayne Foundation! 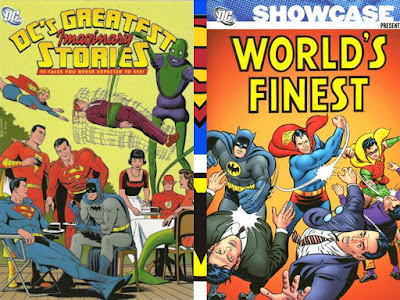 This little gem can be found in DC's Greatest Imaginary Stories Volume 1, and (in black and white) in Showcase Presents: World's Finest Comics Volume 3, and above all else, it teaches us to appreciate the family we have, and to be willing to accept the family that finds us...a central theme, common to both Superman and Batman!