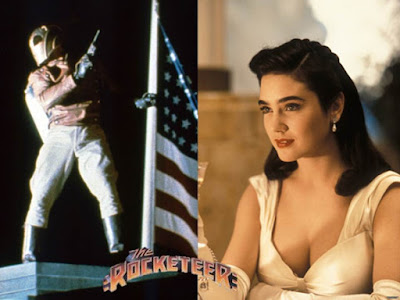 A line from the Rocketeer movie of 1991, spoken by Jenny (played by Jennifer Connelly, but she was really Betty) to Cliff (the Rocketeer...played by Billy Campbell). 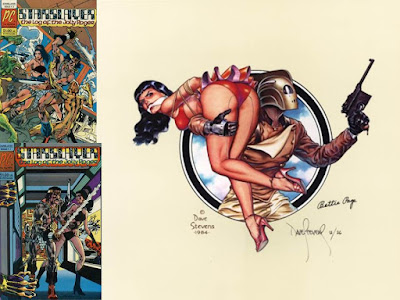 The Rocketeer first appeared in Starslayer #2 (April, 1982) with chapter 1 of his first 1938 adventure, where we met down on his luck pilot Cliff Secord and his buddy, Peev (and they found a portable jet-pack, which allowed Cliff to adopt the identity of the hero, the Rocketeer).

His second appearance, with chapter 2 in Starslayer #3 (June, 1982), introduced Cliff's girlfriend, Betty (modeled after famous pin-up, Bettie Page, quite an influence on artist Dave Stevens)...though neither character made the cover of these books by Pacific Comics. 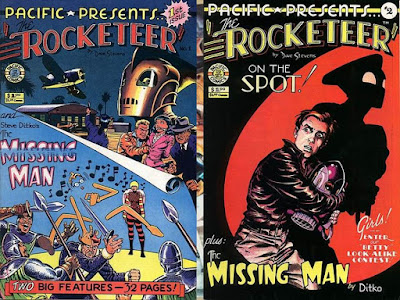 Chapters 3 and 4 of the Rocketeer's premiere adventure premiered in Pacific Presents #1 and #2 (October, 1982 and April, 1983), continuing Cliff's battles against the Nazis (as well as to capture Betty's hand), and even guest-starred Doc Savage and his crew (though not named to prevent copyright troubles, but there was much fun to be had with this new hero in the pre-World War II days)... 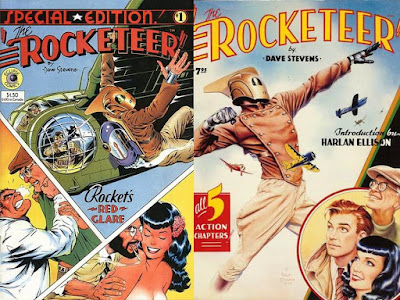 ...and this adventure ended with The Rocketeer Special Edition #1 in November, 1984 by Eclipse Comics!  This issue also contained pin-ups by artists such as Gray Morrow, Doug Wildey, Murphy Anderson, Russ Heath, Al Williamson and Bruce Jones.

These five original chapters of the Rocketeer were gathered in the Rocketeer, which came out in graphic novel form in September, 1985 by Eclipse Comics (and it even had an introduction by noted author, Harlan Ellison). 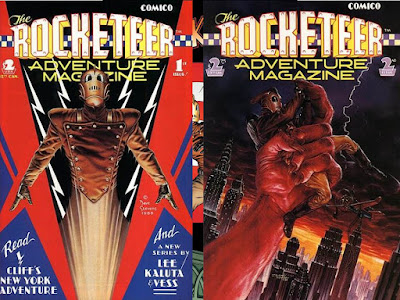 But, this didn't spell the end of Dave Stevens' adventures with the Rocketeer...as the hero and his cast headed to New York for the Rocketeer's New York Adventure....with Chapter 1 and 2 in Comico's Rocketeer Adventure Magazine #1 and #2 in July, 1988 and in July, 1989 (which also included cameos by Lamont Cranston a.k.a. the Shadow and his crew, also incognito)... 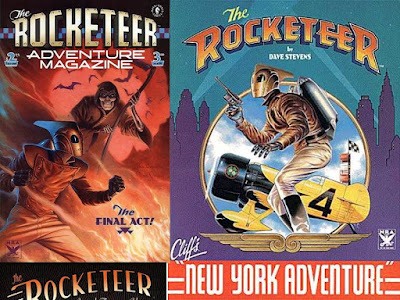 ...with Cliff's New York adventure was collected by Dark Horse in September, 1996); and during all this time, Dave Stevens renewed interest in pin-up queen, Bettie Page, and even helped her get royalties from publishers who used her image. 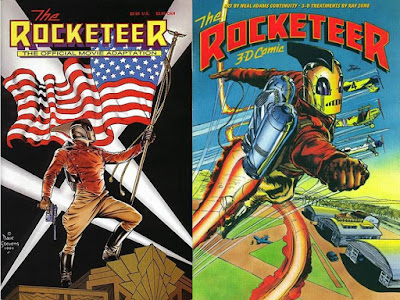 In between chapters 2 and 3 of Cliff's New York adventure is when Disney released the Rocketeer movie, and a couple of Rocketeer comics, which Dave Stevens did the cover for the regular movie adaptation in June, 1991 (with writer Peter David and artist Russ Heath providing the adaptation of the movie by Danny Bilson and Paul De Meo) and artist Neal Adams and his Continuity Studios making a different movie adaptation in June, 1991 as well for the Rocketeer 3-D Comic!  Sadly, the movie didn't do well enough for Disney to want to do a sequel (and you can see Dave Stevens in the movie briefly during the Nazi test flight sequence!), and Dave Stevens passed away from hairy cell leukemia in 2008. 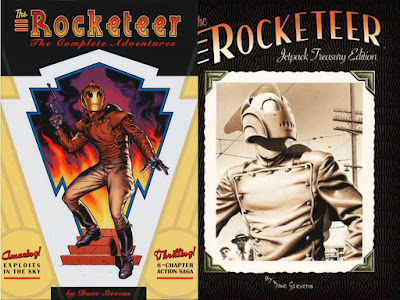 This hasn't stopped the Rocketeer from flying, thanks to IDW!

With the Rocketeer: The Complete Adventures in October, 2009, as well as the Rocketeer Jetpack Treasury Edition #1 of November, 2011, you can thrill to the pulp stylings of Dave Stevens' rocketman inspired hero at your leisure, enjoying all of the good girl art Dave gave us in the 1980s about the 1930s! 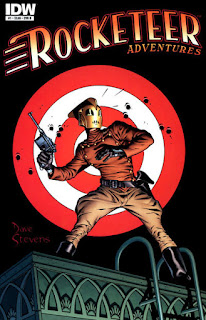 IDW is even giving us new adventures of the Rocketeer...

....and some of the variant covers for those Rocketeer Adventures books include Dave Stevens' art! 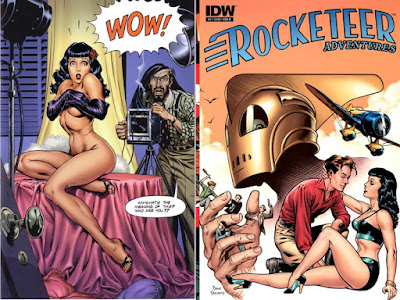 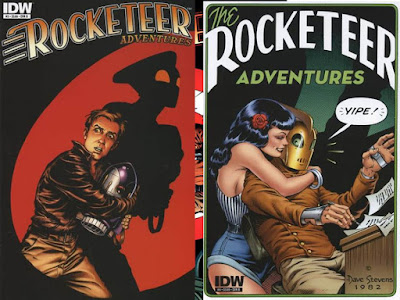 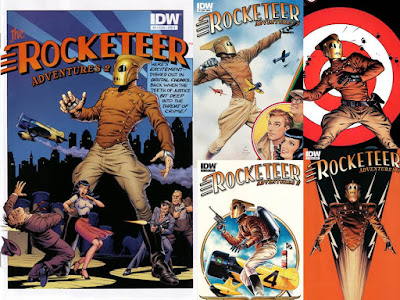 You can even see how Dave Stevens influenced modern artists, like Alex Ross and Jim Silke.... 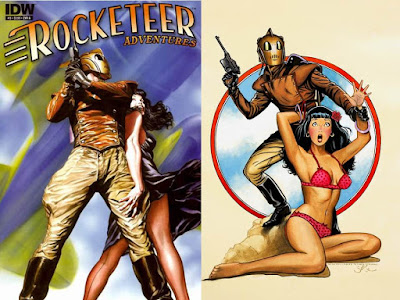 ...and you can also see how they were influenced by artists like Murphy Anderson and Russ Heath! 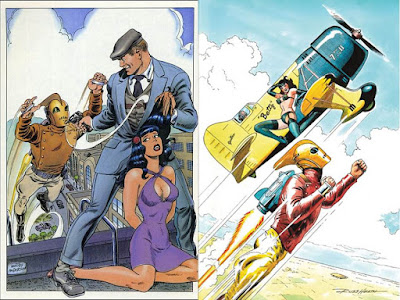