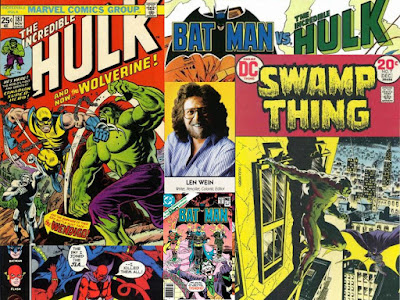 Len was the co-creator of Swamp Thing and the Human Target for DC and Wolverine, Storm, Colossus and Nightcrawler for Marvel, as well as launching the new team of X-Men in Giant-Size X-Men #1, and editing the early days of Alan Moore's work on the Watchmen and on Saga of the Swamp Thing, and even had a brief cameo as a Congressman in the movie X-Men: Days of Future Past in 2014.

But, now is a time to take a look back at some of his best stories. 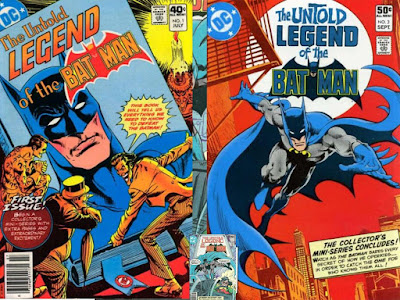 Over the years, Batman had many origins, but they all contained the basics of young Bruce Wayne's parents being shot, and Bruce vowing to avenge their deaths, and devoting himself to the hard work of becoming Batman.  But, with the Untold Legend of Batman three issue mini-series of 1980, Len, along with artist Jim Aparo, gave the most detailed summation of how Bruce became Batman, pulling in multiple stories from over the years, as well as adding new details, and giving a little history on Robin, Batgirl, Alfred, Com. Gordon and a few villains like Joker as well, all well pushing forward and telling a compelling story of the tortured life of Bruce Wayne in the here and now (even a little on Lucius Fox, who Len created during his run on Batman....). 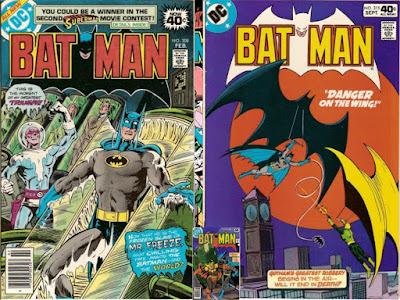 Not every Batman villain is in the same league as the Joker, Two-Face, Riddler or Catwoman (all of which Len wrote), but quite a few of them had only one or two appearances and then were forgotten.  Len revived quite a few of Batman's odder villains, like Blockbuster, Mr. Freeze, Calendar Man, Kite-Man as well as borrowing a few foes like Crazy-Quilt (who faced Robin), Captain Boomerang (who faced Flash) and Gentleman Ghost (who was a Hawkman foe), for a run in the 300s in 1979/1980, giving these second tier villains a chance to shine (best of all, all these tales as well as the Untold Legend Of Batman were recently reprinted in Tales of the Batman: Len Wein in 2015). 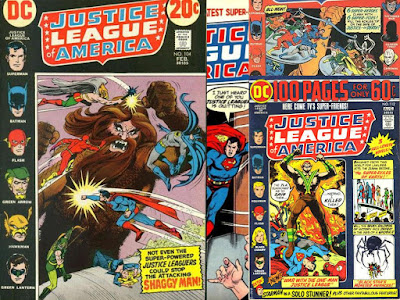 Reviving villains was nothing new for Len Wein, as he did quite a bit of that in his run of Justice League of America from 100 to 114 in the early 1970s.  Len brought back JLA foes Felix Faust, Shaggy Man, T. O. Morrow, the Key, and Amazo, as well non-JLA villains like Eclipso and the Hand, and created a few new ones, like Anakronus, the Nebula Man and Libra (with Libra forming the Injustice Gang of the World, which included individual League member foes like Chronos, Poison Ivy, Mirror Master and more).

Working with the Justice League 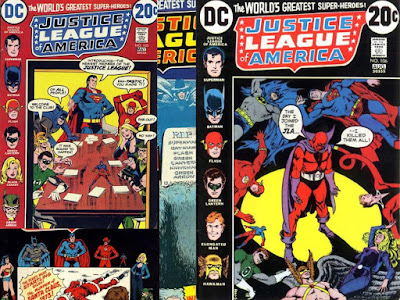 All these new villains required new heroes, so Len added Elongated Man (who Len had written some back-up Flash stories for) and the Red Tornado to the League, as well as many guest stars, including future League members, Zatanna (who Len wrote back up Adventure Comics and Supergirl stories for) and Metamorpho, almost member, the Phantom Stranger (whom Len had a lengthy run on in the early 1970s), having back up Green Lantern John Stewart guest for an issue (his second appearance), as well as writing three JLA/JSA team-ups, creating the Freedom Fighters (made up of old Quality heroes like Uncle Sam, the Ray and the Phantom Lady), finding out what happened to Sandman's partner, Sandy the Golden Boy, and, best of all, one large group of ignored heroes as well.... 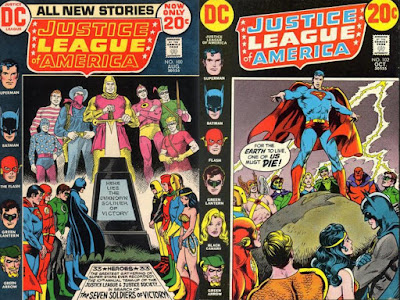 Len gave DC back the Seven Soldiers of Victory, a mostly forgotten team of heroes from the 1940s, which included Earth-2's Green Arrow and Speedy, the western Vigilante, the Shining Knight, the Star-Spangled Kid and Stripsey and the Crimson Avenger and his partner, Wing (who made 8 soldiers), plucking them out of the past in one of the largest JLA/JSA team-ups of it's time, but keeping them in the present to be available as modern heroes.  In the 1980s, Len did return to one of these heroes, writing a memorable tale that told "Whatever Happened To....the Crimson Avenger?" for DC Comics Presents #38 (October, 1981), which is both a heartbreaking and inspiring tale. 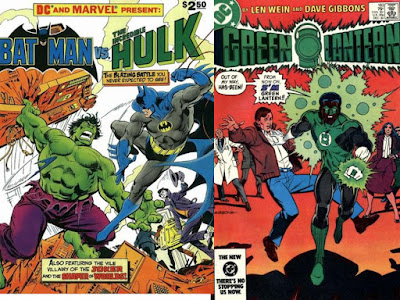 Len would often return to characters, working on Superman, Batman (even on DC Special Series #27, teaming Batman with the Hulk), Wonder Woman, a run on Green Lantern with Hal Jordan and John Stewart, as well as many Marvel characters, then handling Blue Beetle's revival at DC after the Crisis on Infinite Earths, and even later creating Gunfire, and back for a Human Target limited series and one for Swamp Thing.... 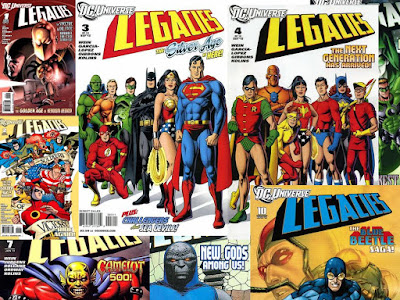 For all of this and so much more, comic book fans will remember the legacy of Len Wein.

Posted by Dave's Not Here Comic Blog at 4:13 AM