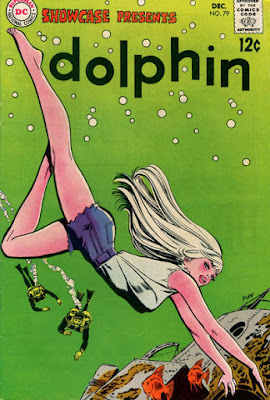 Pike was the creator and writer/illustrator of Dolphin's first appearance in Showcase #79 (December, 1968), with the story, "The Fantasy At 14 Fathoms".

This story has United States Navy frogmen retrieving documents from a ship sunk during World War II...and imagine the surprise when these men found a girl, living down there!  That girl was the white-haired girl named Dolphin, who has to stay near the water as she has gills, so needs the water to breathe.  Chief Petty Officer Chris Landau grows close to the girl, and tries to learn her origins from her....to find out she doesn't know.  She does help the team get the document as a storm approaches, completing their mission, meaning they will leave, but Dolphin stays behind, as the ocean is her home. 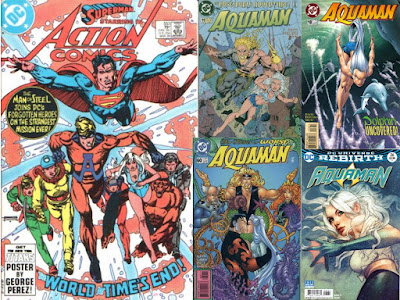 Dolphin had pretty much been left behind, but did appear again, as a member of the Forgotten Heroes (a loose-knit group of characters that hadn't had many features over the years, which began meeting semi-regularly, starting with Action Comics #552), and later joined Aquaman and Tempest in the pages of Aquaman, where she was a regular supporting cast member for years, and recently experienced a Rebirth there as well! 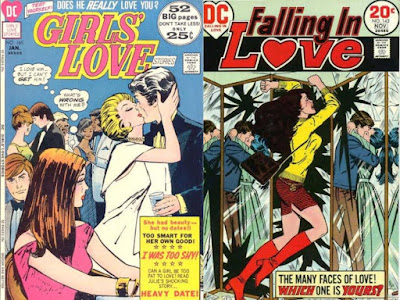 Sadly, Jay Scott Pike never returned to drawing his creation in the comics, but instead had regular work in various titles of romance comics for Marvel and DC, showcasing his talent for drawing beautiful women, on titles like Girls' Love Stories, Falling In Love, Love Stories, Young Love, Our Love Story, Heart Throbs and Young Romance, .

Occasionally, Pike got some comic book work after the 1970s, working on three issues of the female vampire series, Scarlett (#12 to #14, in the early 1990s), and on the interior of the DC adaptation of the final episode of Star Trek: The Next Generation "All Good Things" in 1994. 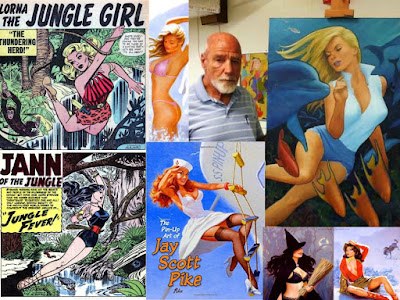 Mostly, Pike concentrated on his pin-up work, sometimes flashing back to earlier days, with commission work based on work he had done in the pulps or featuring good girl art, or on previous characters like Lorna the Jungle Girl and his co-creation with writer Don Rico, Jann of the Jungle, or even Dolphin.

Pike was still taking commissions up until he passed, leaving behind a legacy of beautiful artwork for all to enjoy.

Posted by Dave's Not Here Comic Blog at 4:35 AM