Flash Vs. Arrow In The Comics 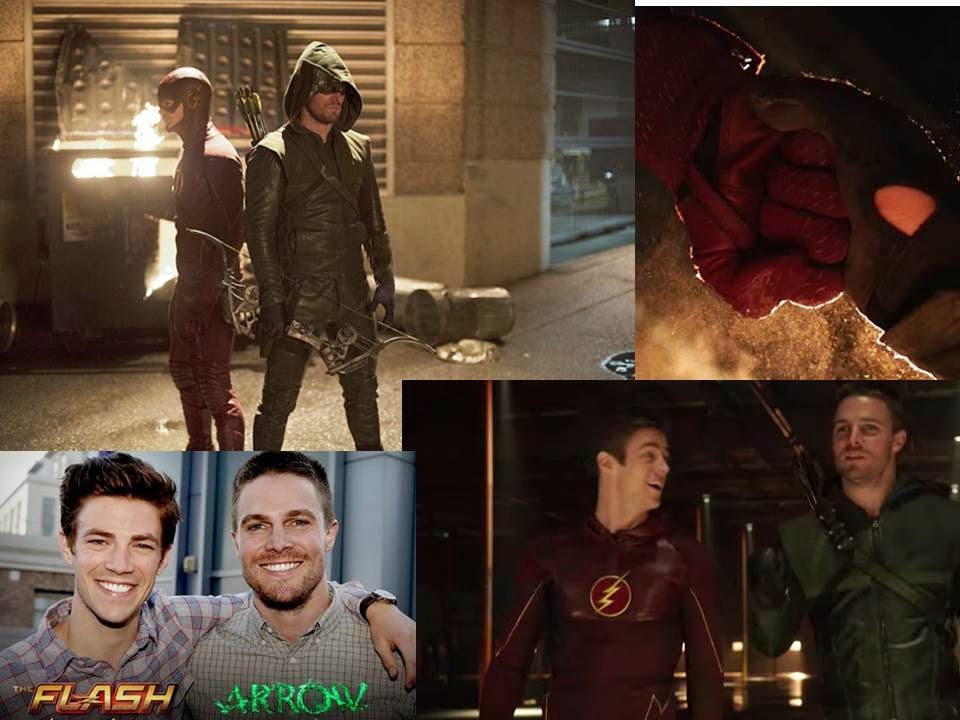 Flash and Green Arrow were never really the best of friends in the comic books, but thanks to the CW having a series based on Flash and the Arrow, which is having a two night crossover, the two heroes are now linked...


...and it's not like they didn't cross each other's paths in the comic books as well! 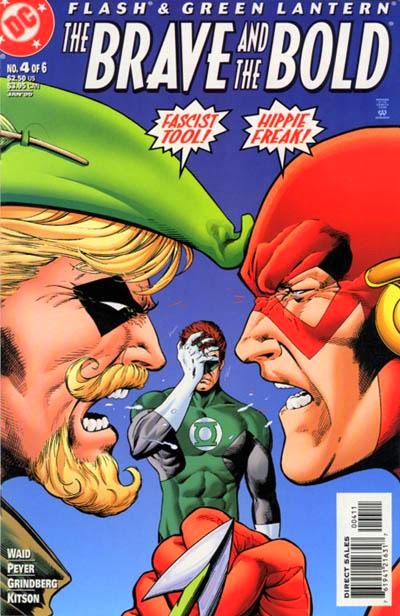 Probably the clearest representation of the battle between these two heroes comes from issue 4 (January, 2000) of a 6 issue mini-series, Flash & Green Lantern: The Brave and the Bold.

The series (overall written by Mark Waid and drawn by Barry Kitson) dealt with the friendship of Flash (Barry Allen) and Green LANTERN (Hal Jordan) over the years, and issue 4 (co-written by Tom Peyer and art by Tom Grindberg), dealt with the time that Green Lantern and Green Arrow became Hard Traveling Heroes...

...and how that left Flash behind (and some of the animosity that caused between the archer and the speedster!) as the emerald heroes ran into trouble in Central City.


The Brave and The Bold 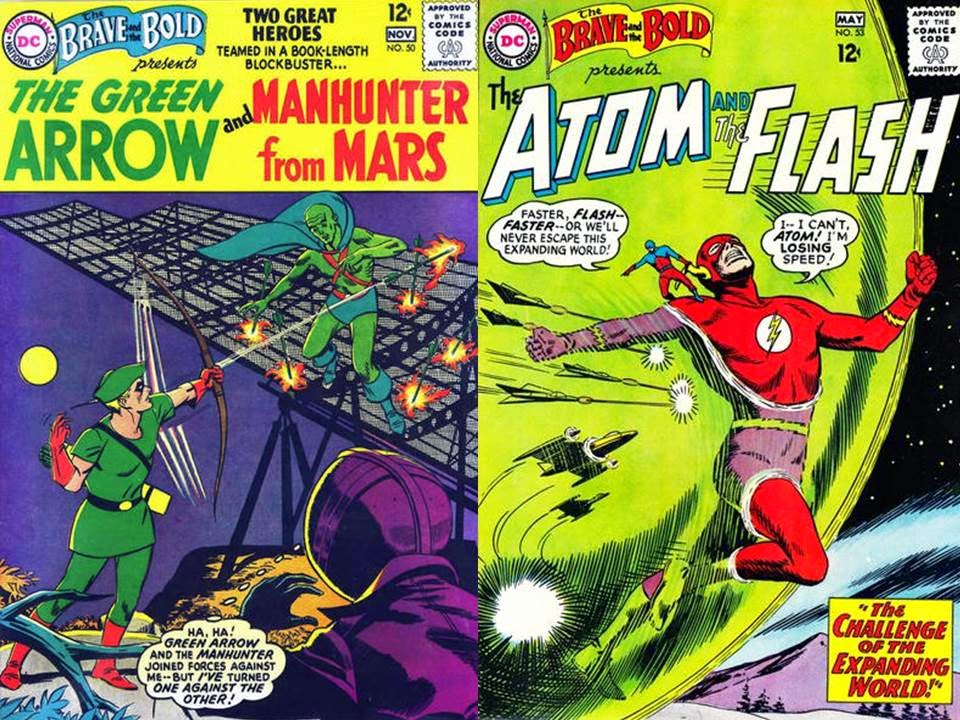 Though Flash and Green Arrow never crossed paths in DC's longest running team-up book, the Brave and the Bold, they both were well represented there!  Green Arrow had the most team-ups with Batman, with Flash not far behind....and Green Arrow was in the first B&B team-up (with Martian Manhunter) in Brave and the Bold #50 (October-November, 1963, by Bob Haney and George Roussos), and Flash, along with the Atom, (who is now a supporting character on Arrow, and also a frequent B&B partner for Batman) had a team-up in Brave and the Bold #53 (April-May, 1964, by Bob Haney and Alex Toth)!  Close but not quite there....


In A League Together 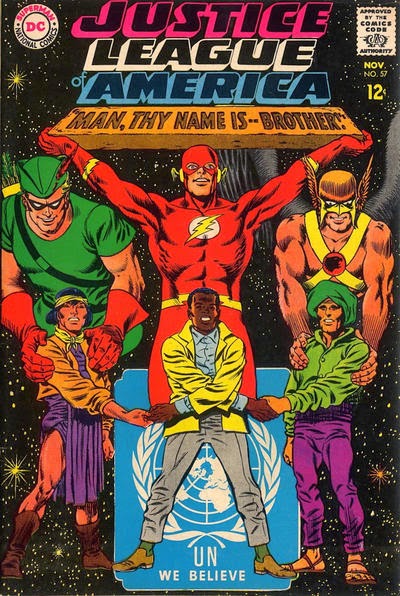 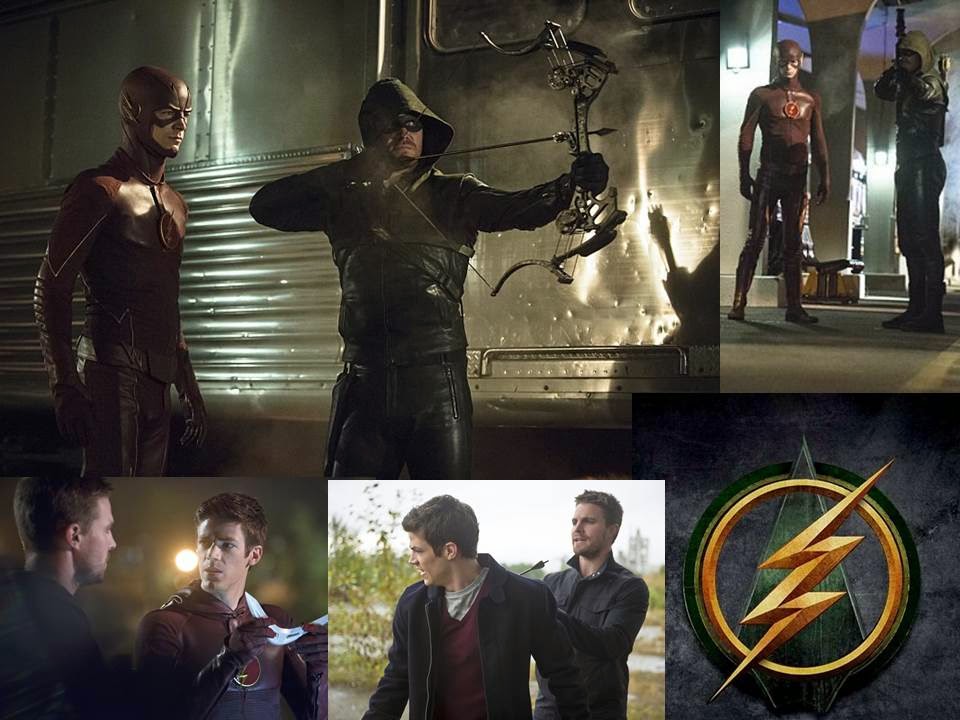