Star Trek Lands On The Planet Of The Apes 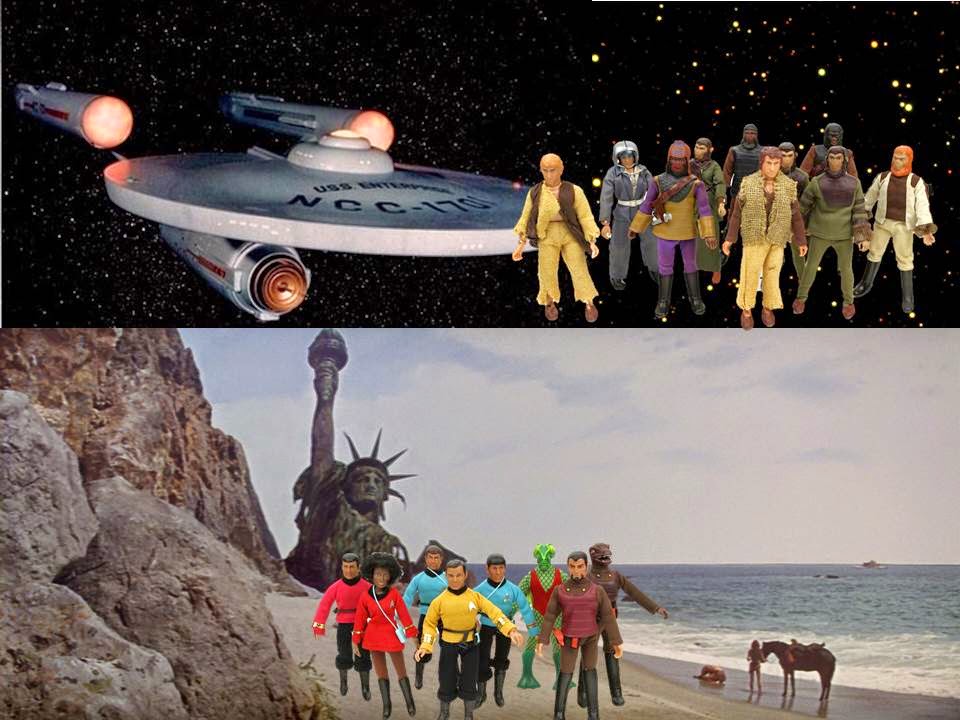 Well, it's been a fantasy for Mego collectors for decades...

...but, thanks to Boom Studios and IDW Publishing, the Planet of the Apes get new visitors...the crew of the starship Enterprise from Star Trek!

Boldly Going...Somewhere In the Universe 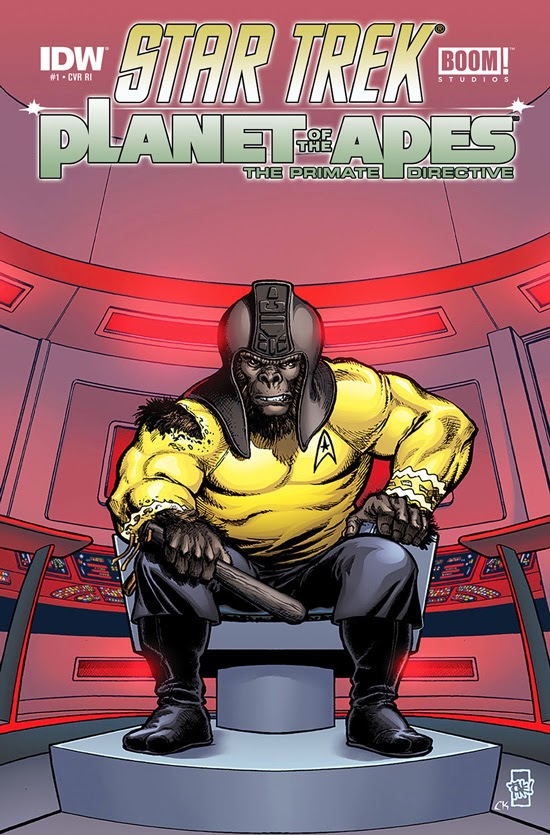 Written by Scott and David Tipton, with art by Rachael Stott and Charlie Kirchoff, Star Trek/Planet of the Apes: The Primate Directive mixes the worlds of Gene Roddenberry's original Enterprise crew with that of Arthur P. Jacobs' original Planet of the Apes movie.

Set during the first five year voyage of the Enterprise, Captain James T. Kirk, Spock, Dr. McCoy, Uhura, Sulu and Scotty find themselves dealing a Klingon plot of Kor....as well as monkeying around with Dr. Zaius, Cornelius, Zira, Nova and Taylor (all between Planet of the Apes and Beneath the Planet of the Apes). 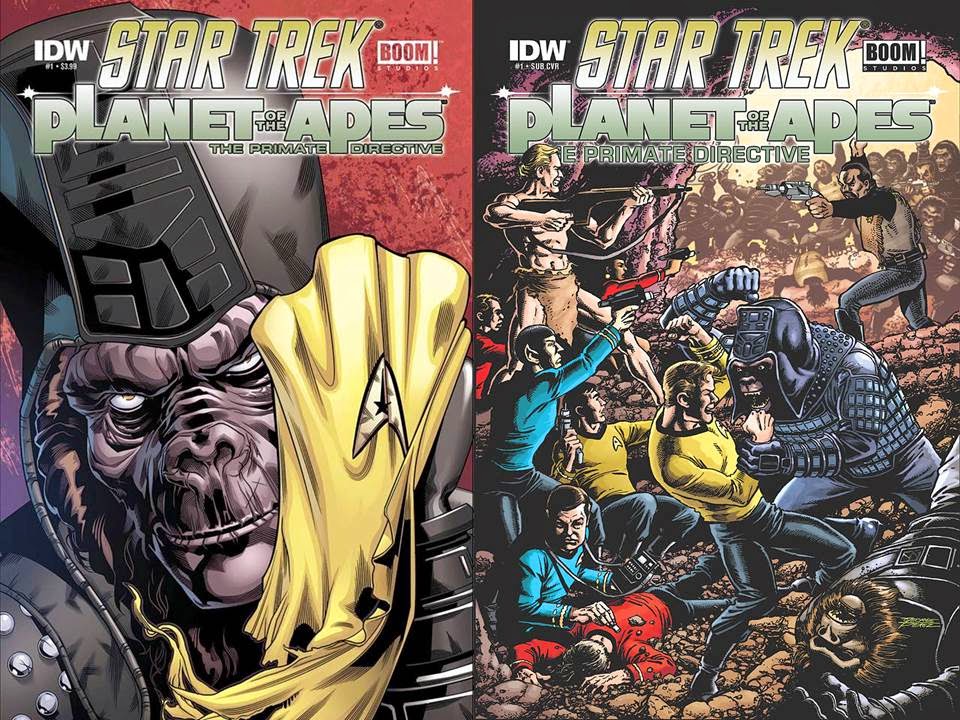 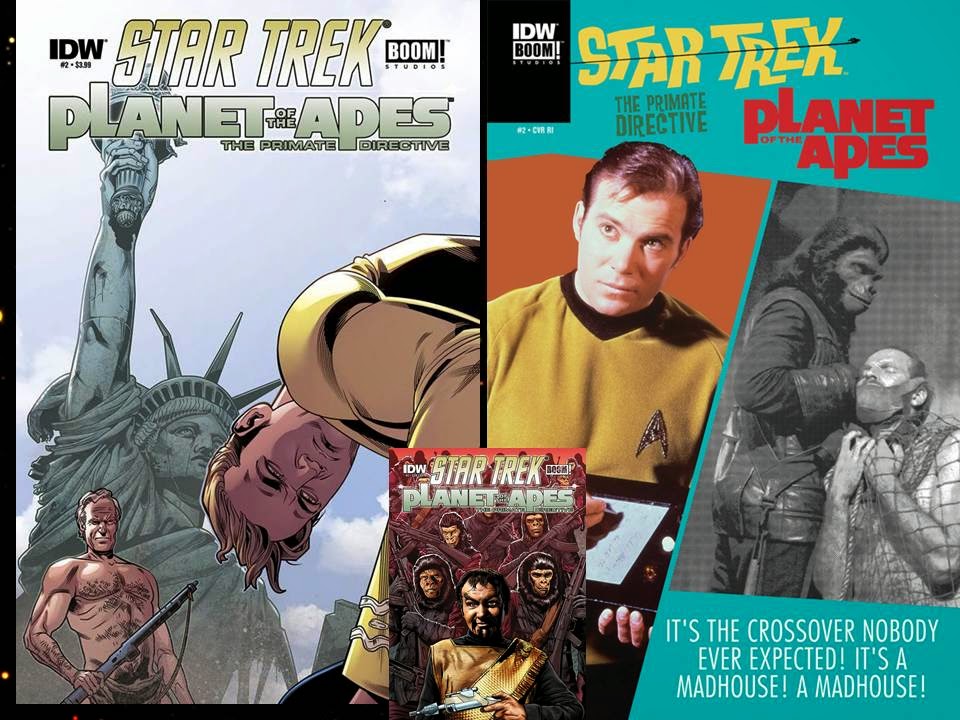 You'll want to get your stinking paws on these comics and beam them home! 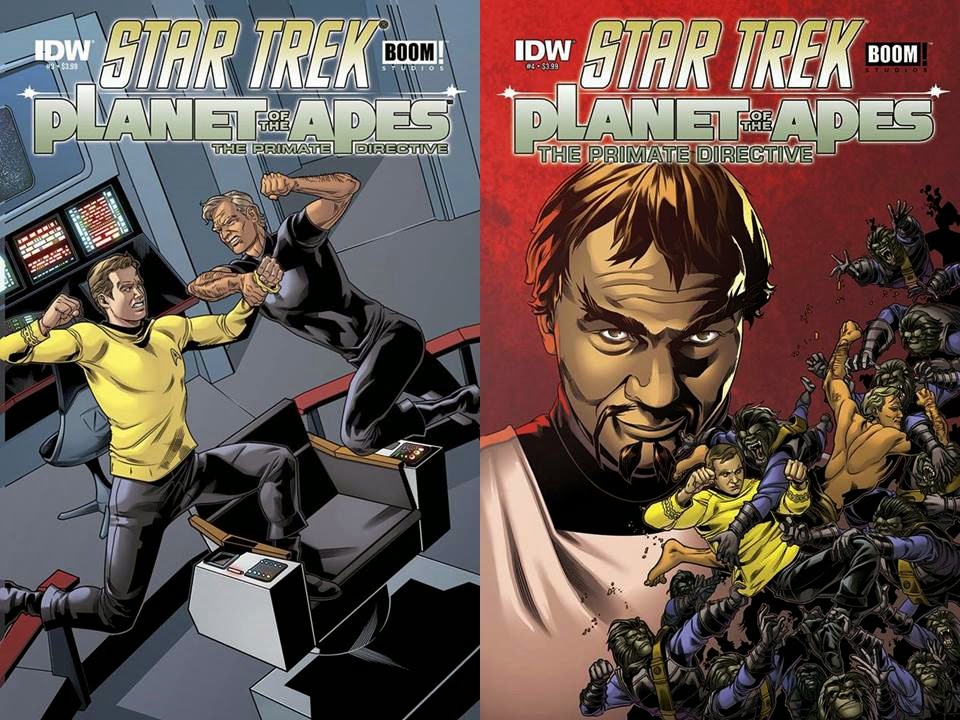 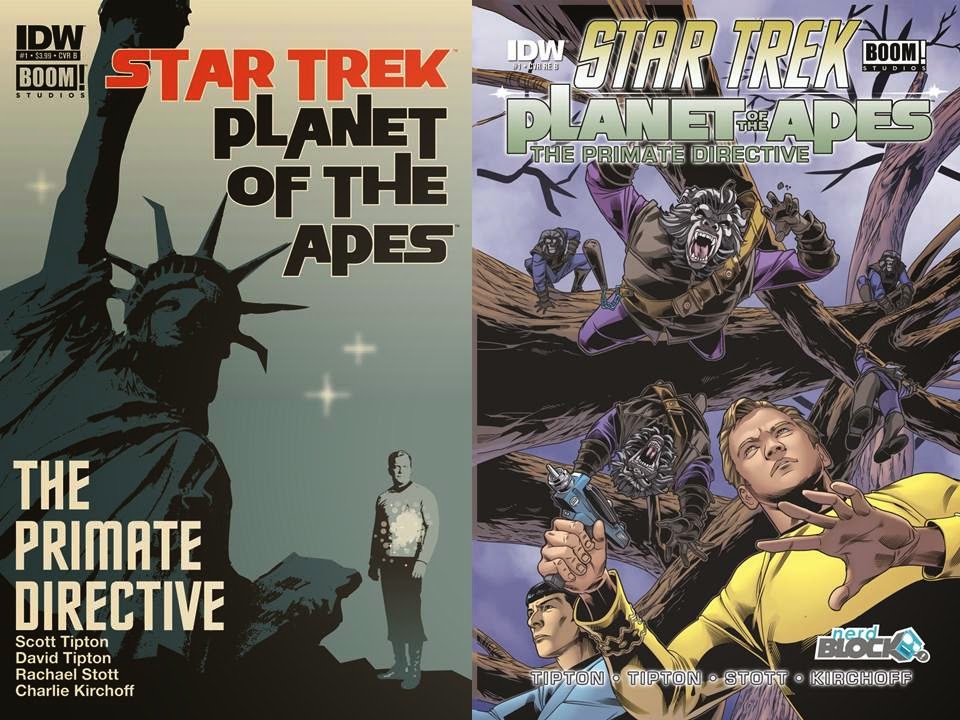 Posted by Dave's Not Here Comic Blog at 1:00 AM