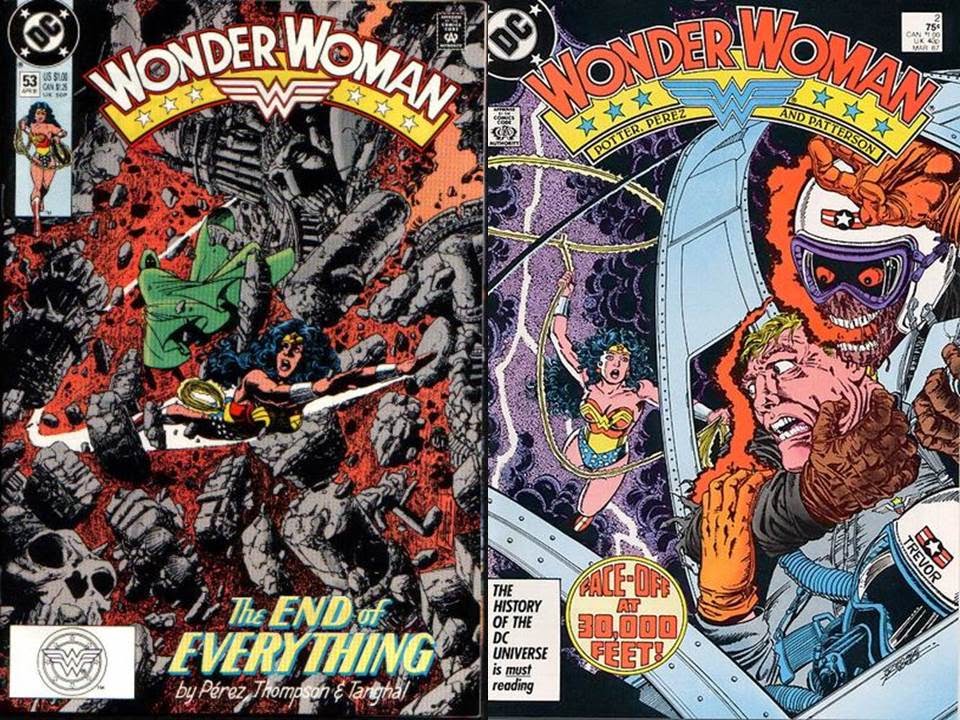 Thanks for coming back for more.  Part one of my interview with comic historian and co-author of the Wonder Woman Encyclopedia,  John Wells, was here, and we'll pick up right where the red skies, walls of anti-matter and warnings from Pariah from the reality-bending Crisis on Infinite Earths had left us with the end of Diana's Silver Age and the start of her new life, as every ending is a beginning...

Wonder Woman's history had become a bit....involved by the 1980s. So much so, that DC gave George Perez the ability to start Diana's history over from the beginning following on the heals of his success with Marv Wolfman on the New Teen Titans and Crisis on Infinite Earths.  At the time, John Byrne and Marv Wolfman were redefining Superman, and Frank Miller was getting a chance to explore Batman's origins.  What was the best thing that this reboot brought to Wonder Woman? And the worst? 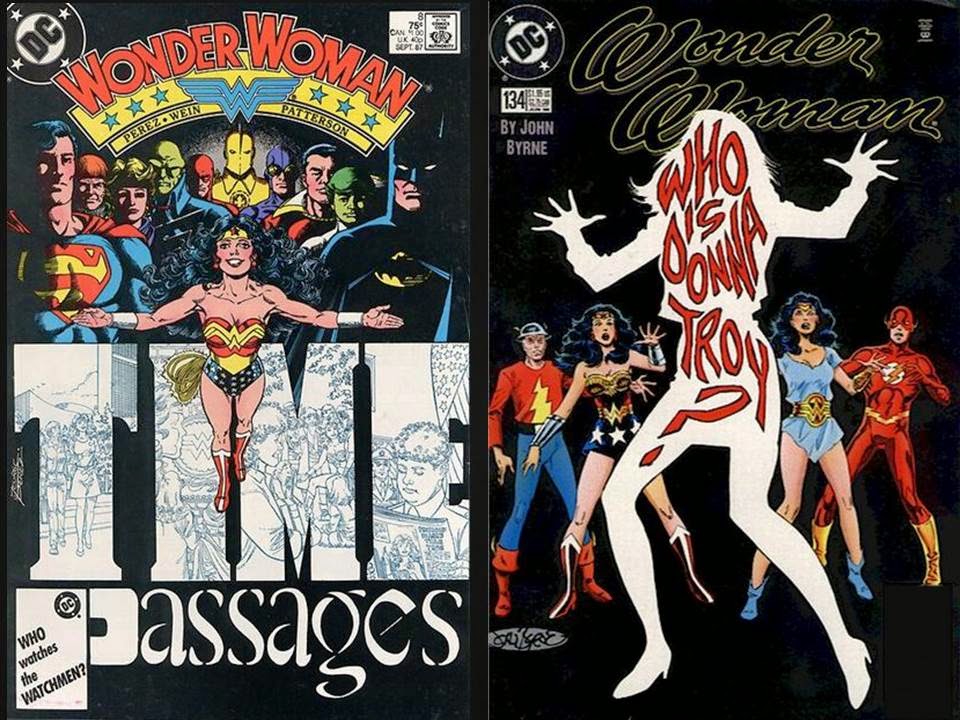 JOHN WELLS: Well, in fairness, Diana's history had truly gotten "involved" in the 1960s with stuff like the Wonder Family although the matter of Steve Trevor's two later resurrections didn't help. In any event, the Perez reboot was marvelous in the sheer amount of thought it put into the details and motivations of everyone connected to Wonder Woman's life. His run, particularly the first couple years, is an incredibly rich, satisfying experience. Honestly, the only downside has less to do with George than DC's decision not to have Diana's origin set in the past--which meant Wonder Woman was no longer a founding Justice Leaguer and started the slippery slope of Donna Troy's retcons.


DAVE MARCHAND: Sad that Donna had to suffer so because of Diana's improved history, but the Perez work was just breathtaking, and he introduced so many characters into Wonder Woman's history as well.  Do you have a favorite supporting character? Favorite villain? 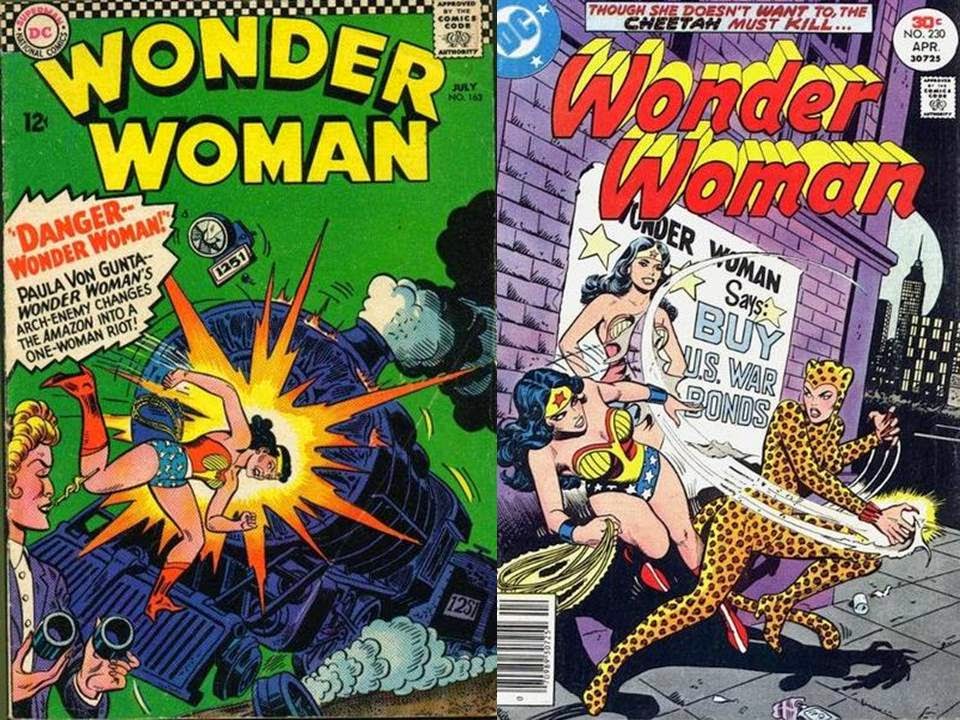 JW: I like Paula Von Gunther and the fact that she renounced evil and changed for the better as the series. Her reformation would've worked better if it had been planned from the beginning--it's VERY hard to believe she was working under duress in her earlier appearances--but I still like the fact that it happened.

The one-shot Elliot S. Maggin businessman/villain Maximus was LOTS of fun, too, and I really would've enjoyed seeing more done with him. The Priscilla Rich incarnation of the Cheetah (as conceived by William Moulton Marston) is a favorite, too. 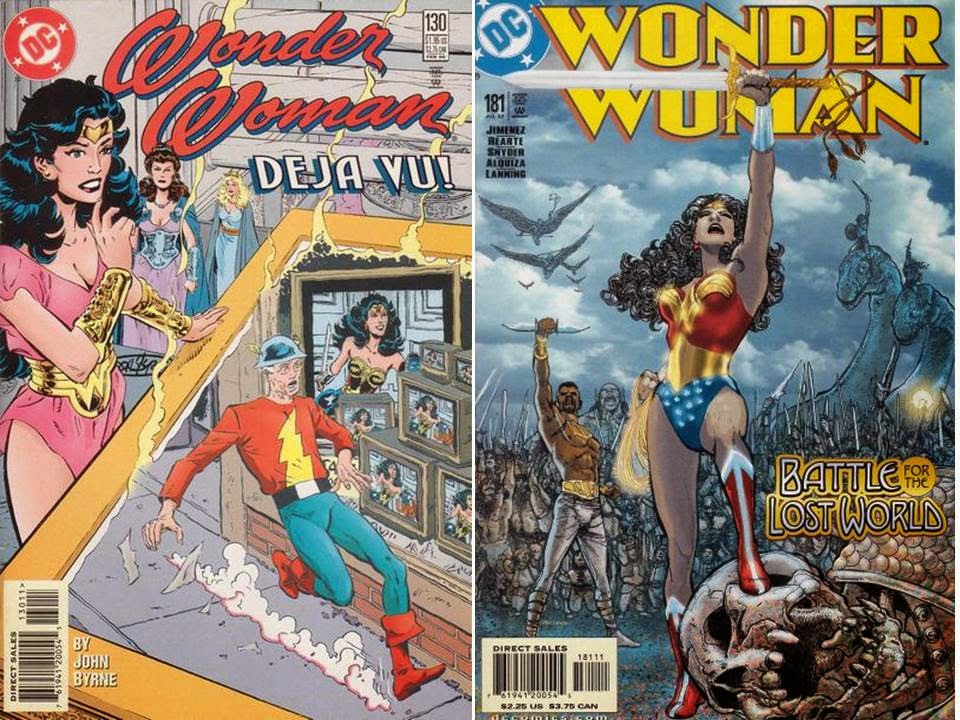 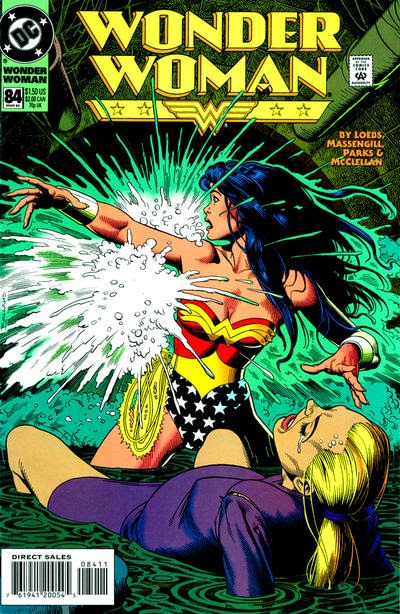 JW: Redemption. From Paula Von Gunther right through to Tohlifar and company in Gail Simone's recent run, Wonder Woman's compassion and empathy and willingness to forgive constantly returns to the surface. I thought that element was particularly strong in William Messner-Loebs' run (in ALL of his DC series, actually), particularly the long, fascinating Donna Milton subplot.

JW: I have a new appreciation for Dr. Marston's characterization and continuity in the original series. People who dismissed Steve Trevor as a "male Lois Lane" obviously never saw much of the character as depicted from 1942 to 1948. He was much more of an equal to Diana in these stories and actually saved HER a surprising number of times. 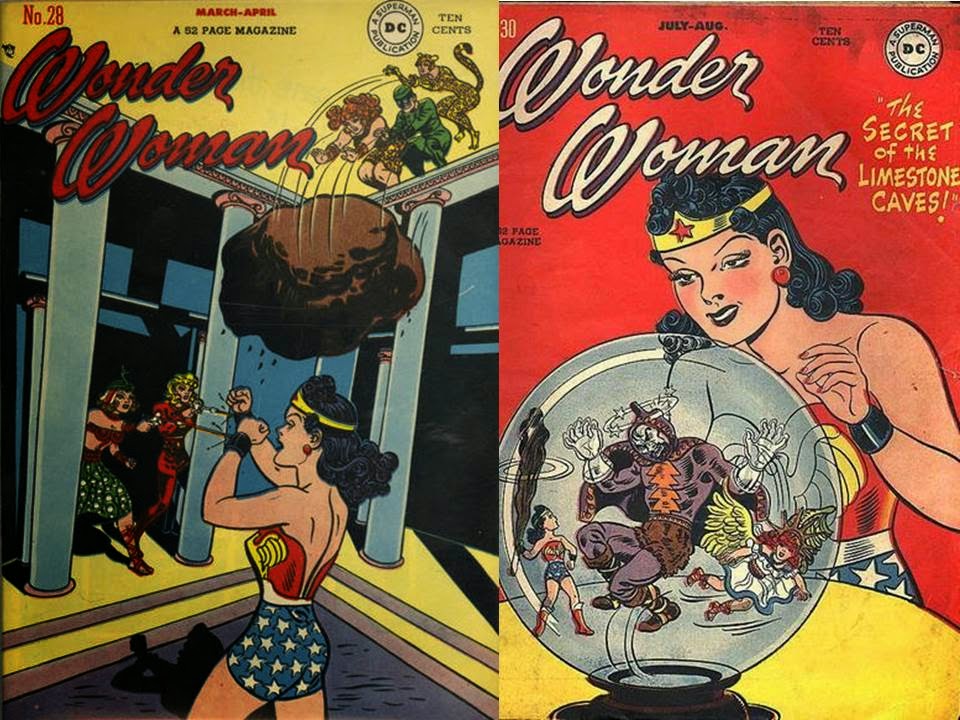 I'm also impressed that Marston was on top of the series' internal continuity, referencing developments from previous stories even when his editor messed things up by running those stories out of order. The famous 1948 Villainy, Inc. story where multiple old adversaries teamed up for the first time is typically attributed to Marston but it has several continuity gaffes that leave me convinced that he wasn't the author.

I also discovered that Marston devices like the Magic Sphere and Mental Radio were dropped from the series by the early 1950s, replaced by more modern but less colorful scientific instruments. It wasn't until the Schwartz era that they were folded back into the series. 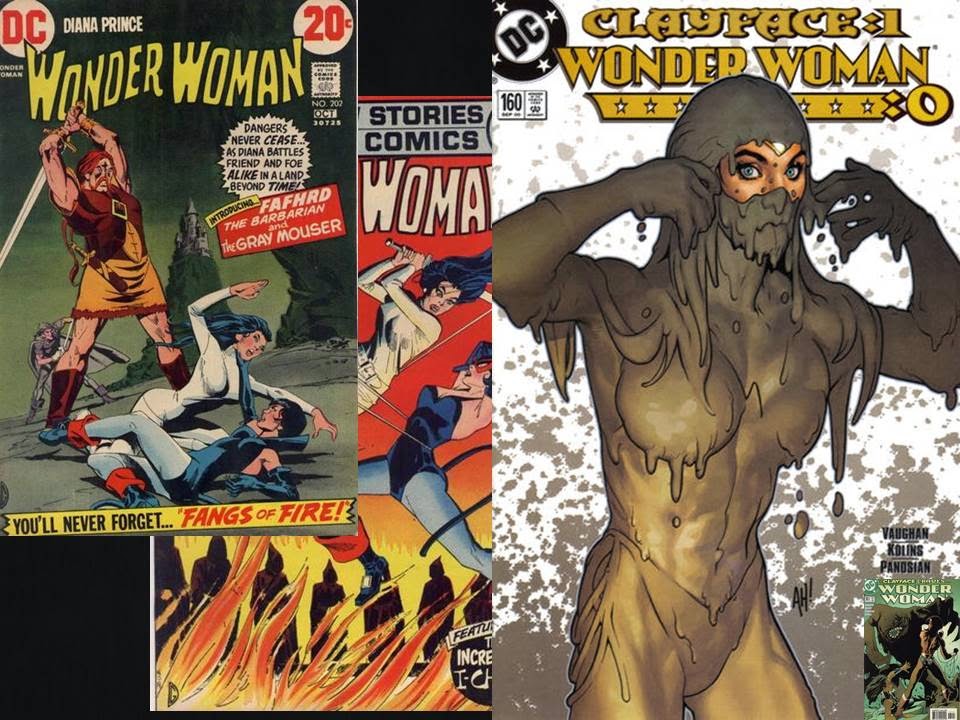 DM: Julie Schwartz helped mold the entire tapestry of the DC Universe.  More recently, comics have started to crossover, so which of SOMEONE ELSE'S rogue's gallery did you most enjoy seeing Wonder Woman face?


JW: My favorite issue of the Diana Prince run is Wonder Woman V1 #202, which is an utter delight in every respect, including the detail that Diana was able to turn Catwoman from an enemy into an ally. The chauvinistic Cavalier was a nice choice in the Len Wein launch of the mid-1970s Trials saga. And both John Byrne and Phil Jimenez did great stuff with Darkseid. But Brian K. Vaughn's more recent use of Clayface in Wonder Woman V2 #160-161 was simply inspired! Who better to fight a heroine created from a clay statue? 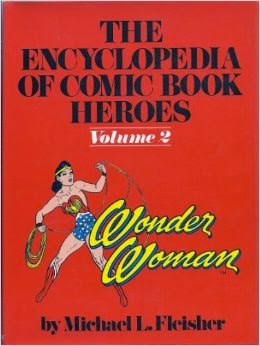 DM: A great idea, which was strange that no one thought of it before.  Seems someone at DC was looking through their old reference materials for both Batman and Wonder Woman.  Speaking of reference, when did you become aware of Mike Fleisher's Wonder Woman Encyclopedia and what did you think of it?

JW: I was first aware of it and the Batman book from the 1976 house ads. I discovered the Batman and Superman volumes at a local library in the late 1970s and LOVED them. The library didn't have Wonder Woman, though, so I was thrilled when I ran across it at a flea market in the early 1980s. Consequently, it was the last of the three Fleisher books that I read but the first I owned. Like the other books in the series, I loved the level of information on all these old stories and still consider the books to be some of the most invaluable resources on DC's Big Three. 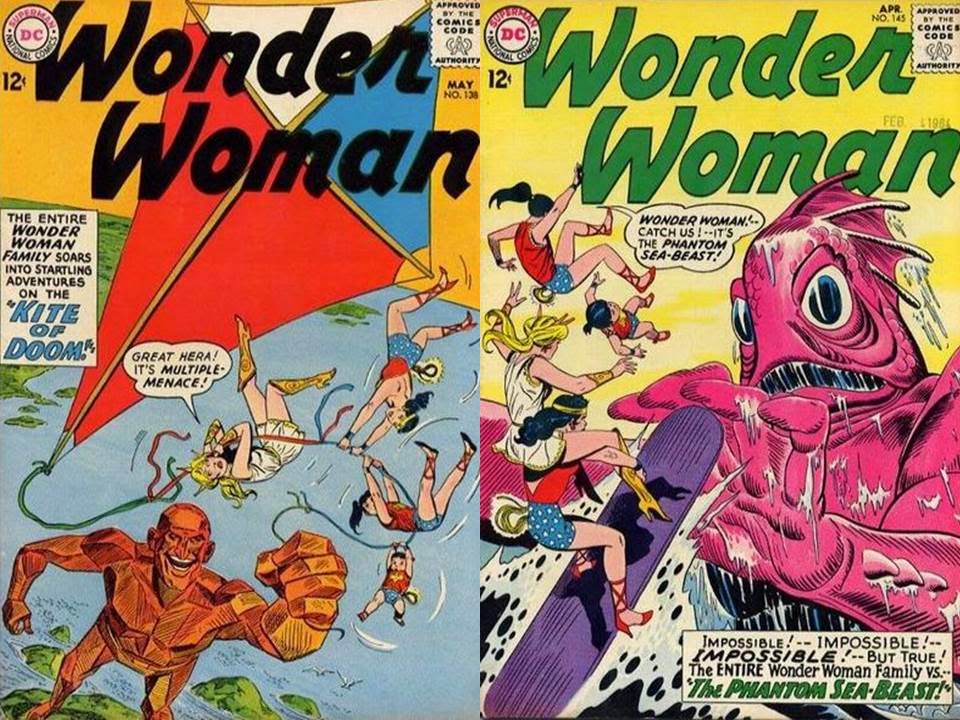 The only real disappointment in the Wonder Woman volume was its failure to cover many stories, particularly the continuity-defying Wonder Family run from the 1960s. I fully understand why they were left out but was still disappointed in the gaps left in my knowledge of the Wonder Woman series. Throwing caution to the wind, Phil Jimenez fearlessly decided to include characters from that crazy era in our book and I happily followed in his footsteps.

DM: Great to know that you improved on the work already done, as well as upgrading it!  I know more encyclopedia volumes covering Flash and Green Lantern were planned back in the 1970s, but they never happened, and Mike Fleisher went on to have great writer runs on comics like Jonah Hex and Warlord.  I hope to see more than DC's current trinity of Superman, Batman and Wonder Woman covered in encyclopedia form this time around, hopefully spreading the knowledge with at least a Justice League of America volume.  Wonder Woman has recently become known for her "treatment" of former Justice League coordinator-turned-traitor, Maxwell Lord, but why was this not so shocking? 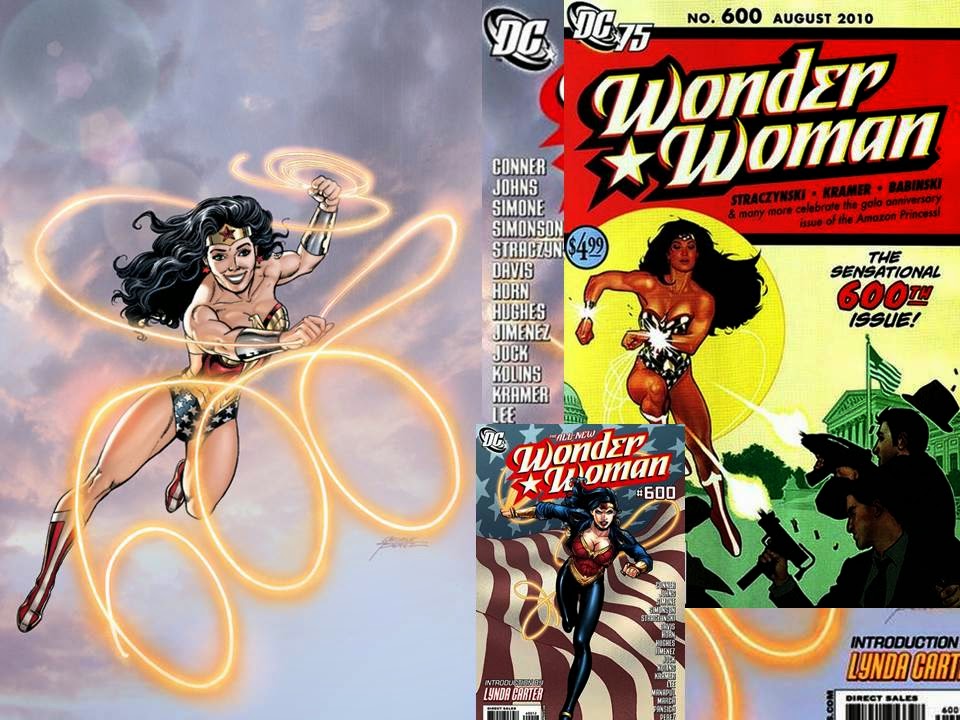 JW: Weird thing about Maxwell Lord's death.  Wonder Woman killed Triton in EXACTLY the same way in Wonder Woman V2 #163 and no one batted an eye.

DM: Would J. Michael Straczynski (Babylon 5 creator and a regular writer for Wonder Woman, sharing the book with Gail Simone for issue #600, with covers by George Perez, Adam Hughes and Don Kramer - an issue that is almost a history lesson in Wonder Woman itself!) find YOUR Wonder Woman Encyclopedia useful?

JW: Well, I'd like to think that he--or anyone reading the book--would find this an excellent resource on Wonder Woman and her world. Certainly, I think many of the entries Phil and I wrote are more thorough and accurate than anything found on the web. 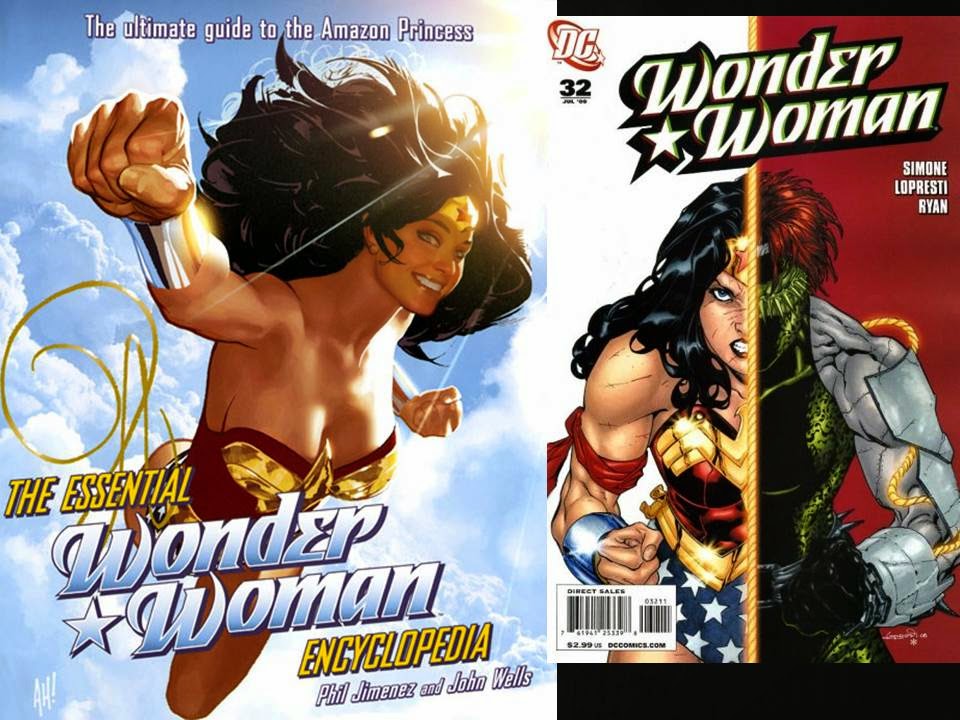 DM: I know it they are.  Covering from Wonder Woman's first meeting with Steve Trevor and first day in Man's World up back in 1941 through her battle with Genocide (Wonder Woman's version of Superman's Doomsday with a twist) and other recent events as well, not to mention all the comic related items we've mentioned here and plenty more!   A delight for any fan of Wonder Woman and for anyone interested in the character and wants to find out what Diana is all about.  Even Wonder Woman herself needs to check this book for her own history!    What is are a few of your  projects you'd care to discuss?

JW: I have an article of Claw the Unconquered in the current ALTER EGO #92 and a Silver/Bronze Age history of Wildcat in this month's BACK ISSUE #40. A few months down the road, my coverage of DC's weird westerns of the 1970s will be in BACK ISSUE #42.

DM: John, thank you for your time and your incredible research on Wonder Woman.  We all look forward to your upcoming projects! 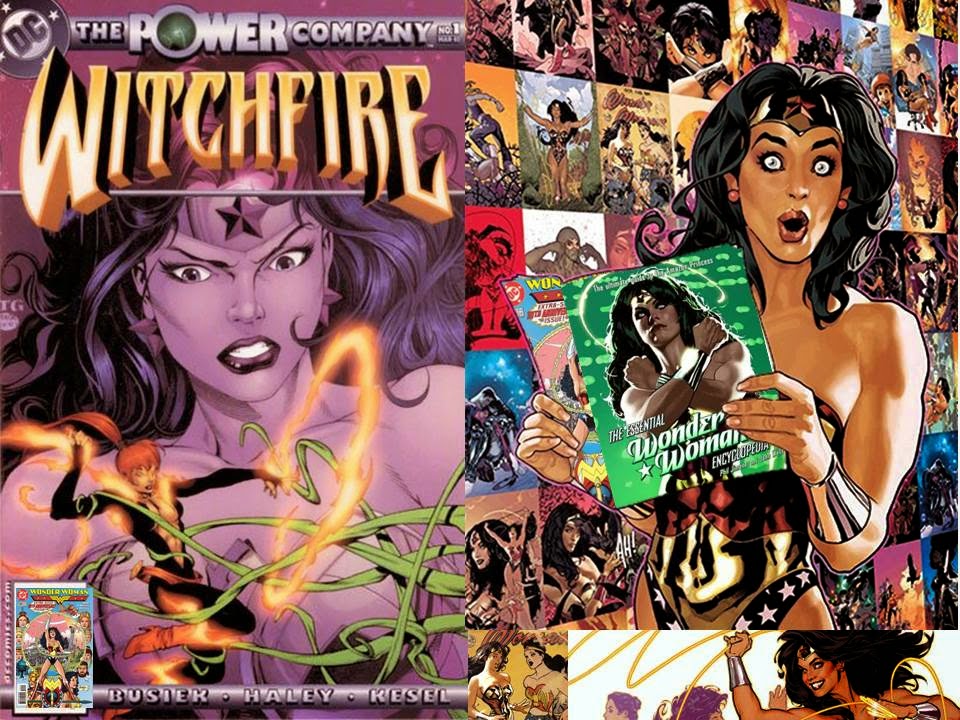 John Wells has been an encyclopedia on all things comics for a long time.   I first became aware of his work back in the 1980s and 1990s in the letter pages (I miss those!!) for books like Hawk & Dove, the Outsiders and Hawkworld, and followed him when he was Mikishawm on the DC message boards and Kurt Busiek's researcher on Power Company (I miss that series as well!!), and now many articles for BACK ISSUE and ALTER EGO.  A true gentleman, and one of the people I go to when I don't know something about comics; thanks for all the answers over the years, and, with this new Wonder Woman Encyclopedia, that is one less character's history I'll have to ask about, as I can look it up myself!  Treat yourself and do the same. 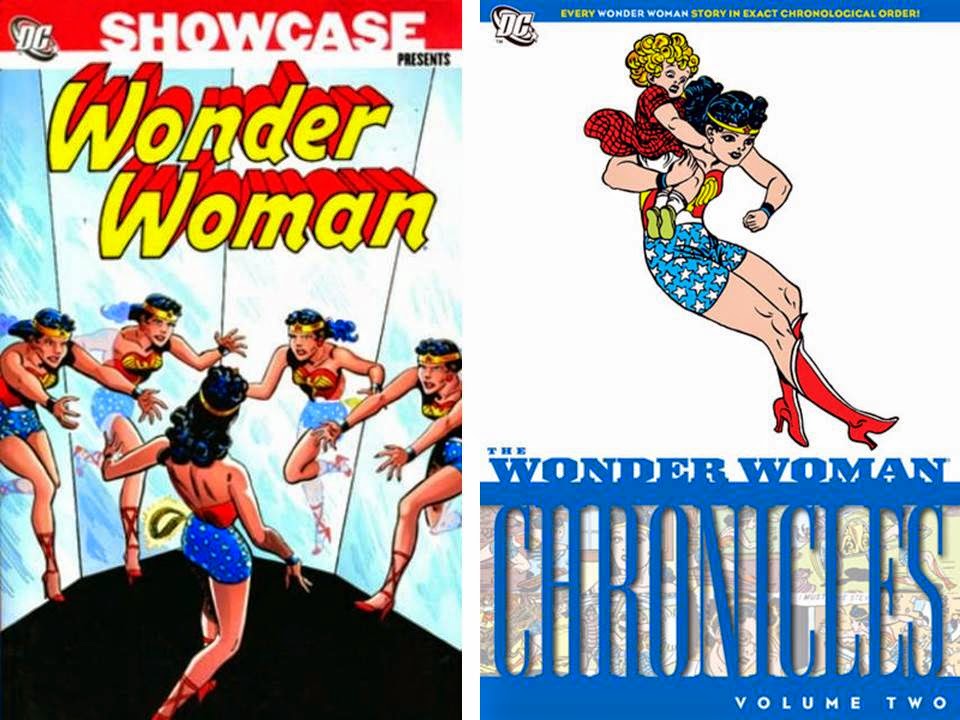