Welcome to My Alice Cooper Nightmare 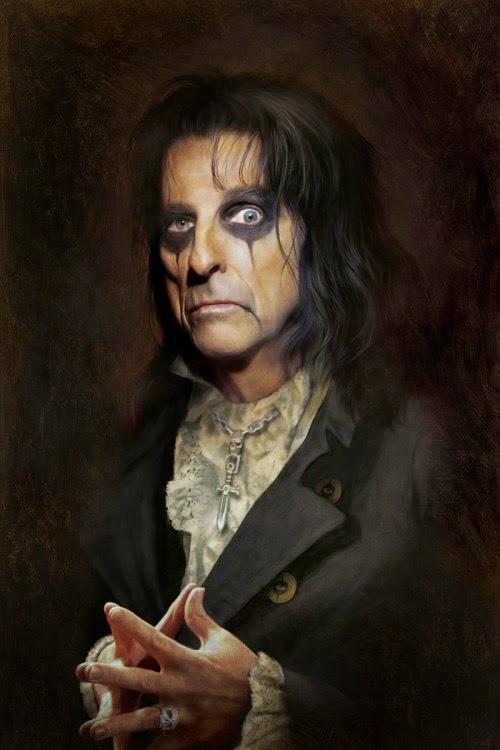 For Halloween, I was looking for something simple, short and a little horror related to feature...

...and I hit upon the bright idea of featuring comics with Alice Cooper, feeling that he's quite worthy of focus....

...and then the horror began, because there are quite a few comics featuring the greatest villain of rock and roll! 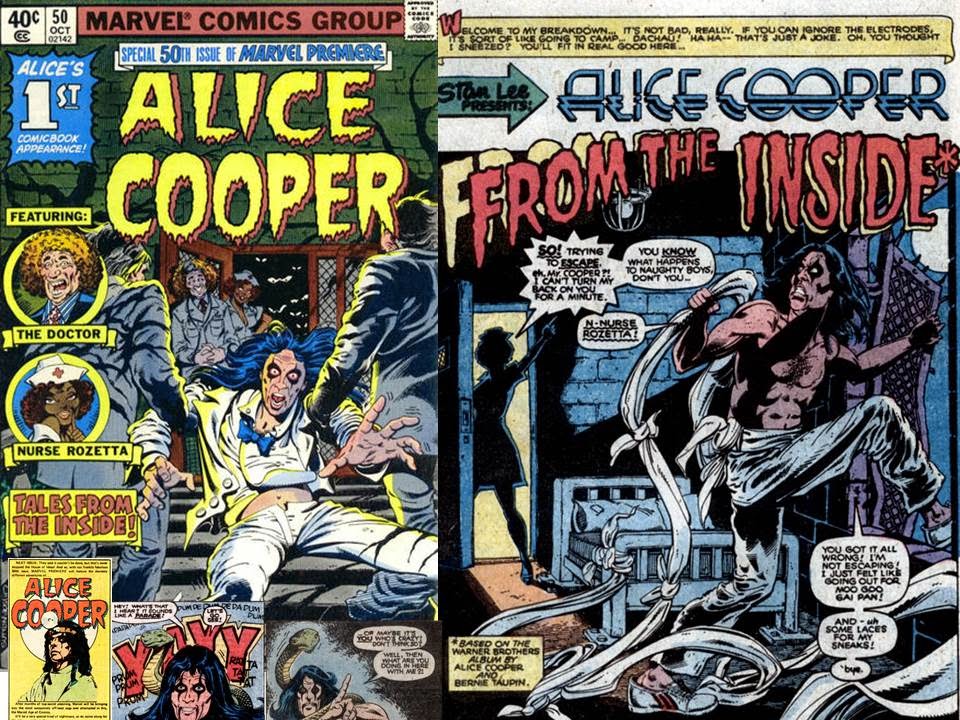 Done to support his album, From the Inside (about Alice's stay in an asylum in New York due to severe alcoholism), it ended up being licensed by Marvel Comics, and a story was presented in Marvel Premiere #50 (October, 1979) written by Jim Salicrup, Roger Stern, Ed Hannigan (and Alice Cooper himself), and art by Tom Sutton and Terry Austin, and featured Alice's attempts to leave the asylum and find his snake, Veronica, and face offs with Nurse Rosetta, Jackknife Johnny and the Doctor, and even an attempt to put Alice into politics...and Vincent Furnier (aka Alice) realizes "We're All Crazy". 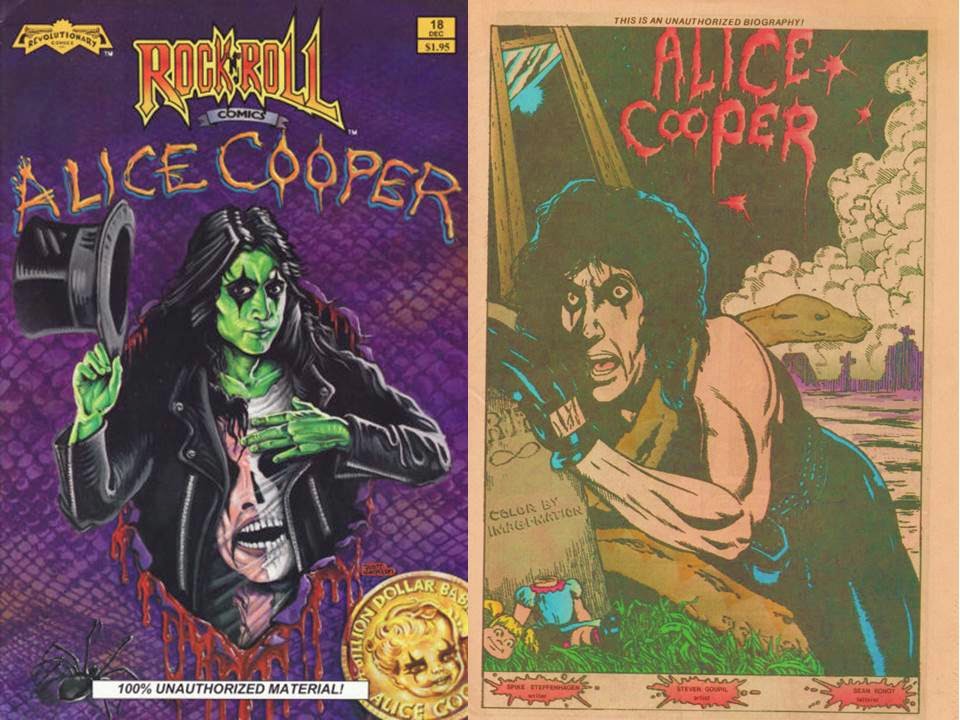 The next Alice Cooper comic was the unauthorized biography of the monster menace put out by Revolutionary Comics as Rock And Roll Comics #18 in 1991, coming out after Alice's wildly successful Trash album.  Written by Spike Steffenhagen and art by Steven Goupil, this covered much of Alice's real history, not being tied to a specific album.   It was unauthorized, having a real "Behind the Music" feel...as did most of Revolutionary's biographies...many stars felt they were "Poison"! 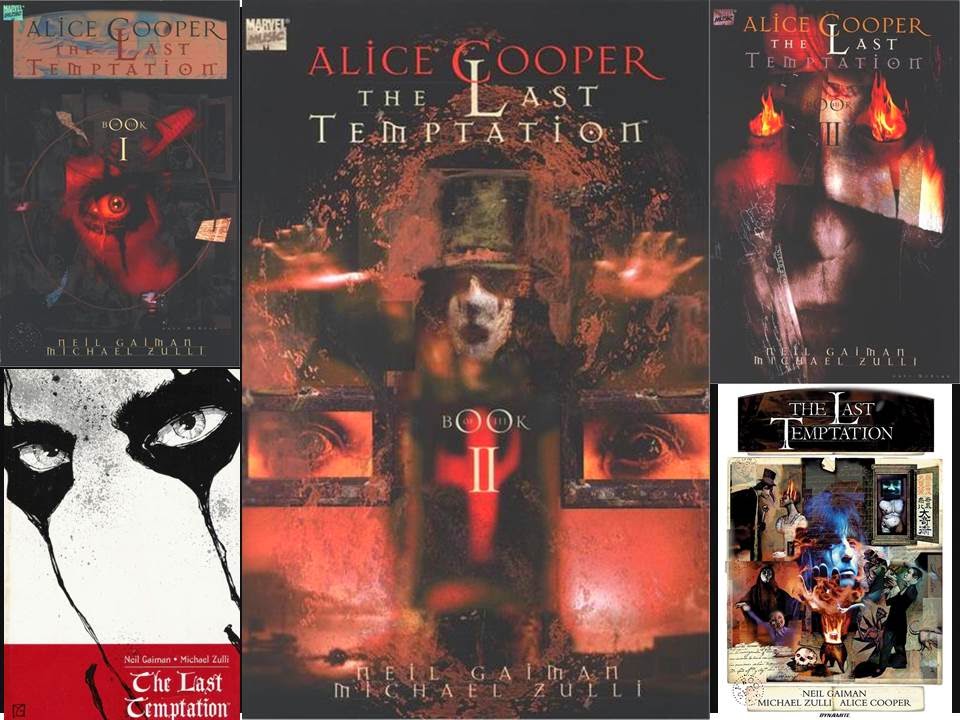 The Last Temptation was Alice Cooper's 20th studio album, and a three issue mini-series that was put out by Marvel Comics as part of their "Marvel Music" line.

The comics were written by Neil Gaiman (author of DC's Sandman and a few episodes of Doctor Who) and interior art by Michael Zulli, with covers by Dave McKean. 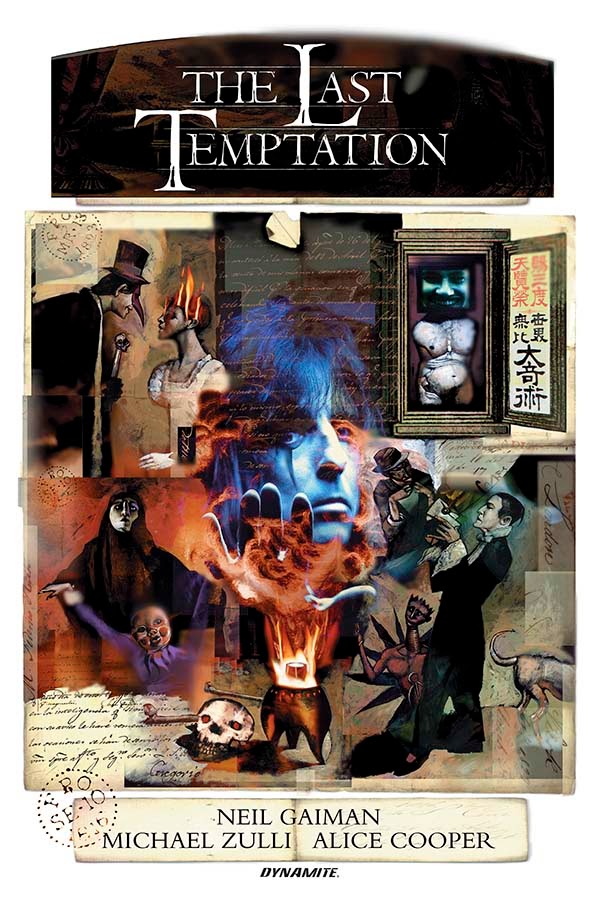 The issues came out cover dated May, August and December of 1994...and the album came out in July.

The story (and album) revolve around Steven, the usual protagonist of Alice Cooper, facing off against a mysterious showman giving the boy twisted visions of his life as he tried to get Steven to join his road show where the boy would never grow up... 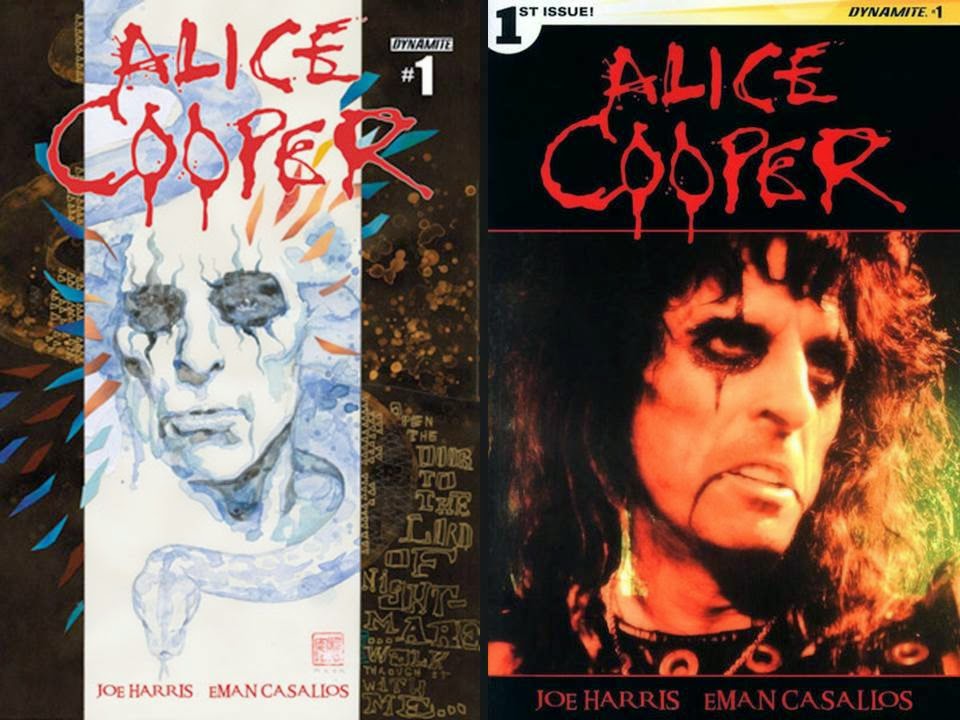 In September, 2014, Alice Cooper finally gets his own monthly comic by Dynamite.  With story by Joe Harris, and art by Eman Casallos, the Prince of Darkness reveals he's more than the master of horrific road shows, but Alice Cooper was also the "Lord of Nightmares" and watched over everyone...until those powers were taken away...and he wants them back, proving that there will be "No More, Mr. Nice Guy"! 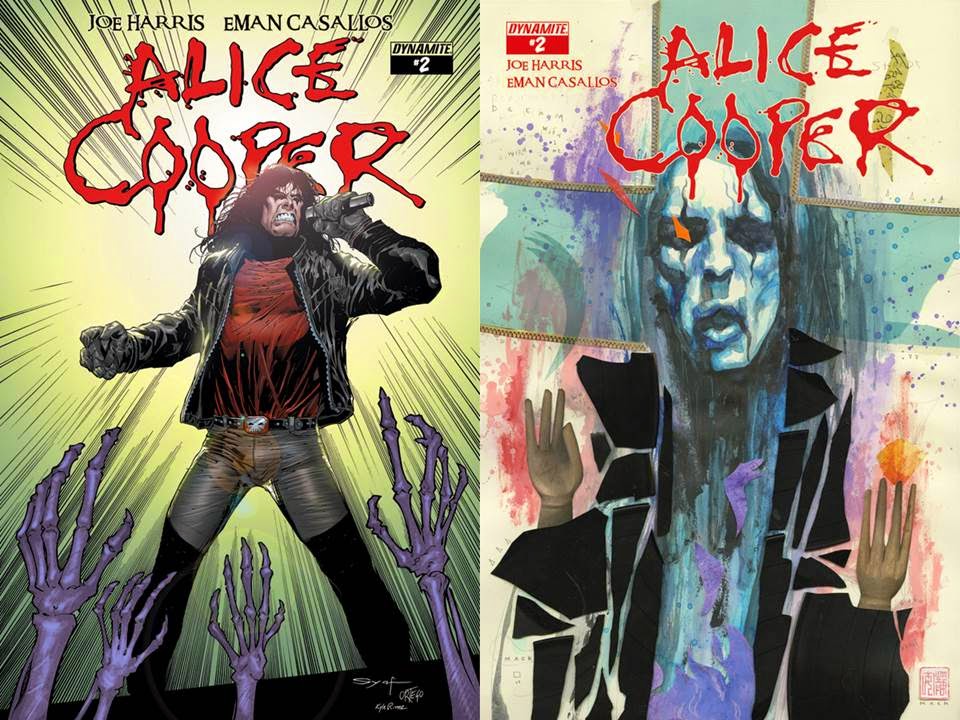 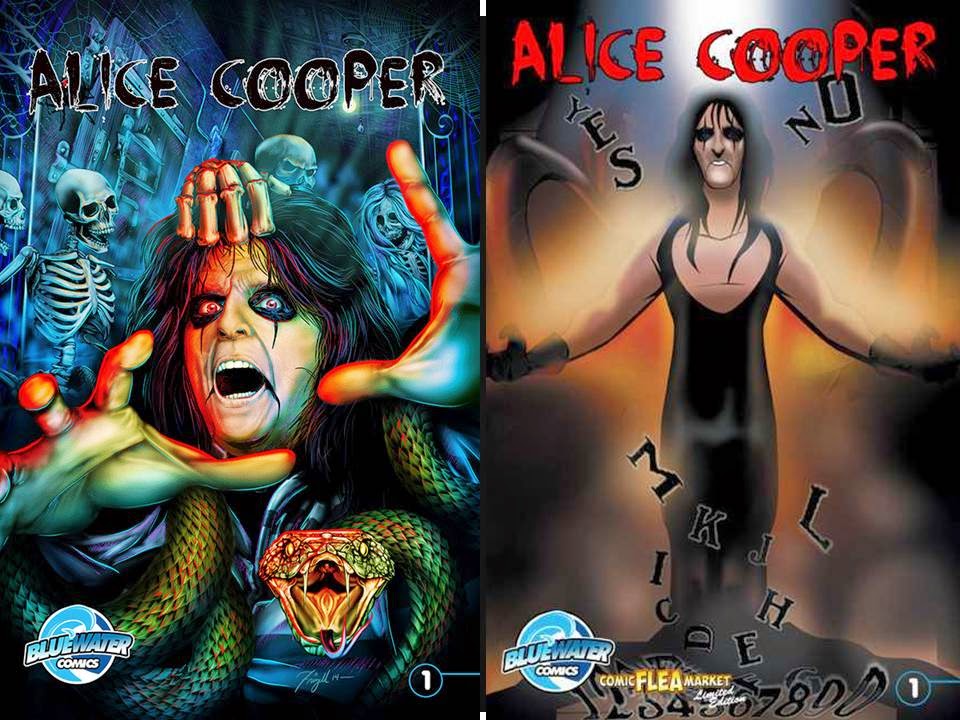 This time, it's by Bluewater Comics (home of comics about William Shatner, Adam West, Vincent Price and more)...and written by Michael Frizell and interior and regular cover art by Jayfi Hashim.  "School's Out"  on whether you'll like these..."and I hope I didn't scare ya..."