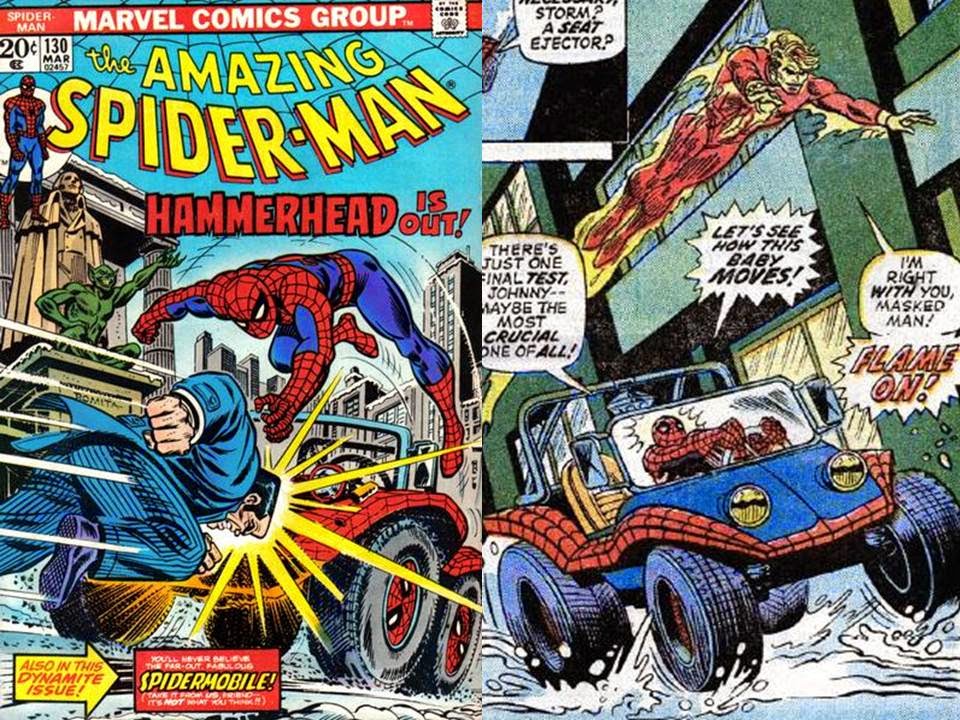 Yes, Spidey swung around Manhattan with the greatest of ease…but, I guess there were some days he needed a car.

So, here’s the spectacular Spider-Mobile!

Introduced to the world in Amazing Spider-Man #130 (March, 1974, by Gerry Conway and Ross Andru…one issue AFTER the 1st appearance of the Punisher, by the way), media moguls Carter and Lombardo (working to advertise Corona Motors; they had approached Spidey a few issues earlier), set up a deal with Spidey, where he accepted a check to have the Spider-Mobile…except he had to build it himself! With the help of his hot rod friend, the Human Torch (honest, Johnny Storm was into cars, check out early Strange Tales!), the Spider-Mobile came into being! The car had web-shooters, a spider-signal spotlight, and even an ejector seat (how very James Bond), and, with a push of a button, could disguise itself as a 1950s Chevy fleetline. Spidey even used it to capture some of Hammerhead’s hoods (but not the main villain himself…as Spidey could barely drive! All those spectacular things Peter Parker could do…didn’t include driving; yes, Spidey had never taken driving lessons!). 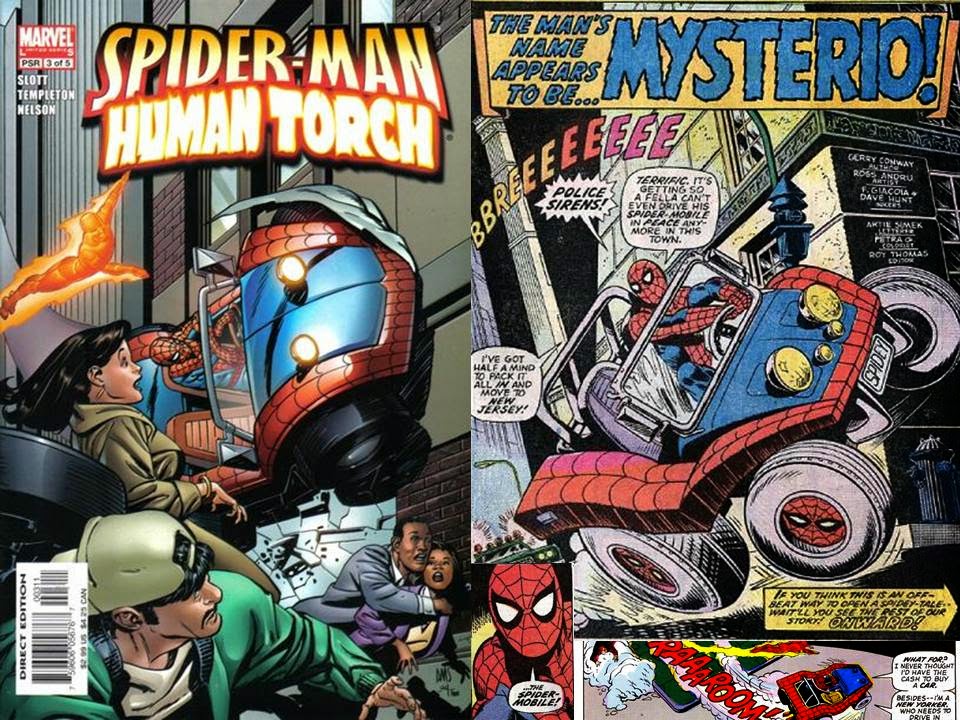 The Spider-Mobile next appeared in Spider-Man/Human Torch #3 by Dan Slott and Ty Templeton in May, 2005 (though it was a flashback tale), then a few more times…in Amazing Spider-Man #141, where Spidey looks for Jackal in the Spider-Mobile, and sinks the car in the Hudson River when an alley becomes a pier! (This tells you Spider-Man’s foe, the illusion-welding Mysterio is back in town…or does it?).

Then, in Amazing Spider-Man #142, Spidey checks out the wreckage of the Spider-Mobile and Mysterio jumps him!

The Spidermobile wheels back in 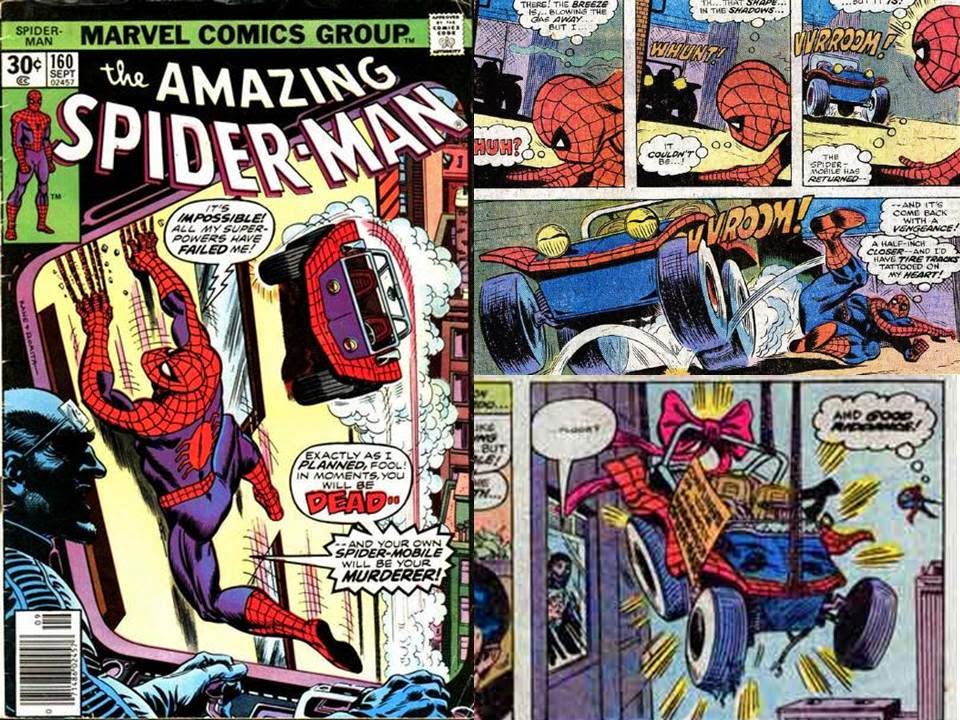 The Spider-Mobile returned in Amazing Spider-Man #160 (September, 1976, by Len Wein and Ross Andru), but this time under control of the Tinkerer (himself a Spidey foe all the way back from Amazing Spider-Man #2…where he worked with the original Mysterio before he was Mysterio!). And, like all car guys, the Tinkerer couldn’t resist tinkering with the Spider-Mobile, having added a remote control (to allow him to attack Spidey with the car), drive up walls (allowing the car to live up to its name), and launch gas bombs that nullified Spidey’s spider-powers! Still, Spidey was able to defeat the car…and returned it to Carter and Lombardo (albeit not in cherry condition!).

Likely, the Spider-Mobile was made to tie into the merchandise that was hitting store shelves in the 1970s… 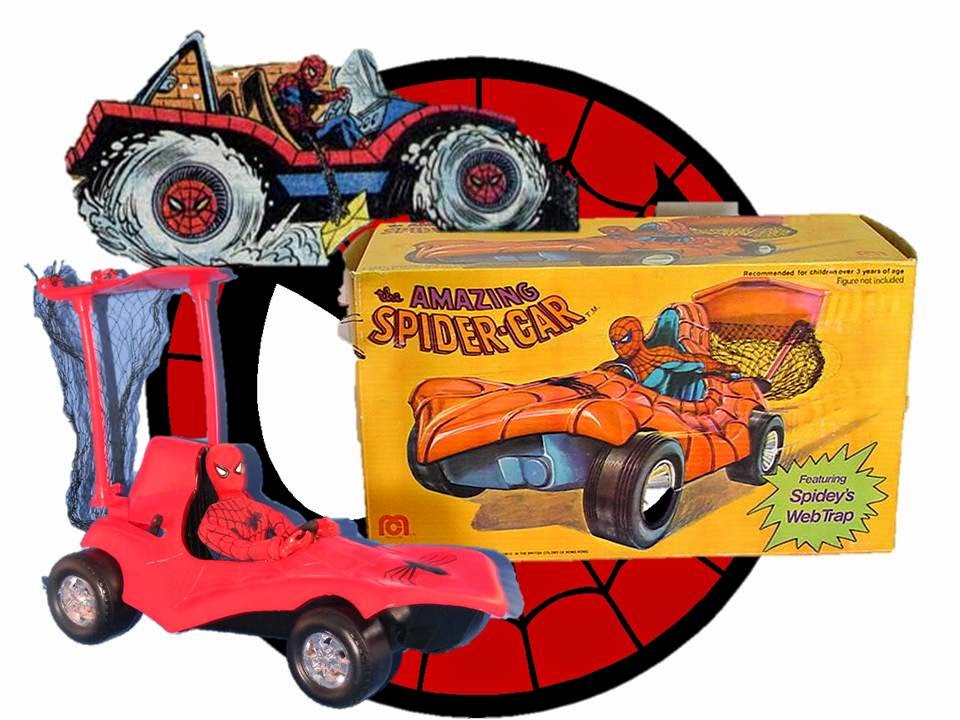 Spider-Man had himself a Mego action figure, and that was followed up by…the Spider-Car?
Well, it kind of looked like the Spider-Mobile (and likely might have been a reason for it to be put into the comics), but, sadly, this cool little Spider-accessory wasn’t quite in line with the comics, but it sure looked fun! (Isn’t that what having a car you modify all about?).


The Spider-Mobile has even returned a few more times in recent years….with a brief stop in a flashback in Marvel Knights: Spider-Man #7, but more would follow… 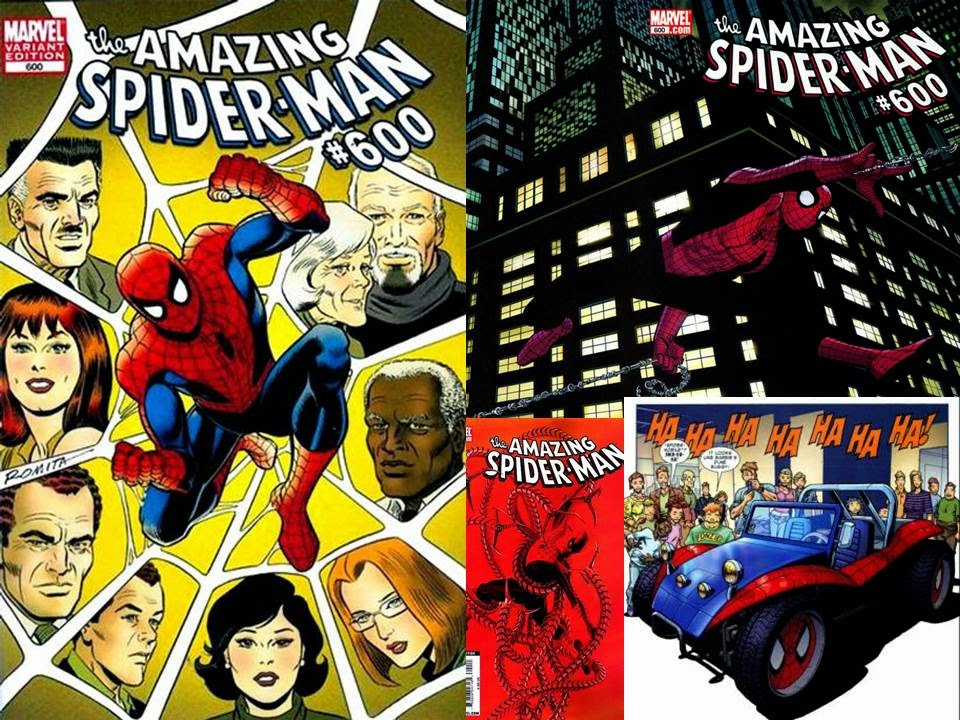 Popping up as a museum piece (fully restored) in Amazing Spider-Man #600 (in one of the stories in that September 2009 book by Zeb Wells and Derec Donovan; but the car was not quite fully respected by the museum patrons….).


In Amazing Spider-Man #647 (December, 2010, by Fred Van Lente and Max Fiumara; this time, the villain Overdrive, who has the power to make machines with his mind, turns an unsuspecting limousine into…the Spider-Mobile!). 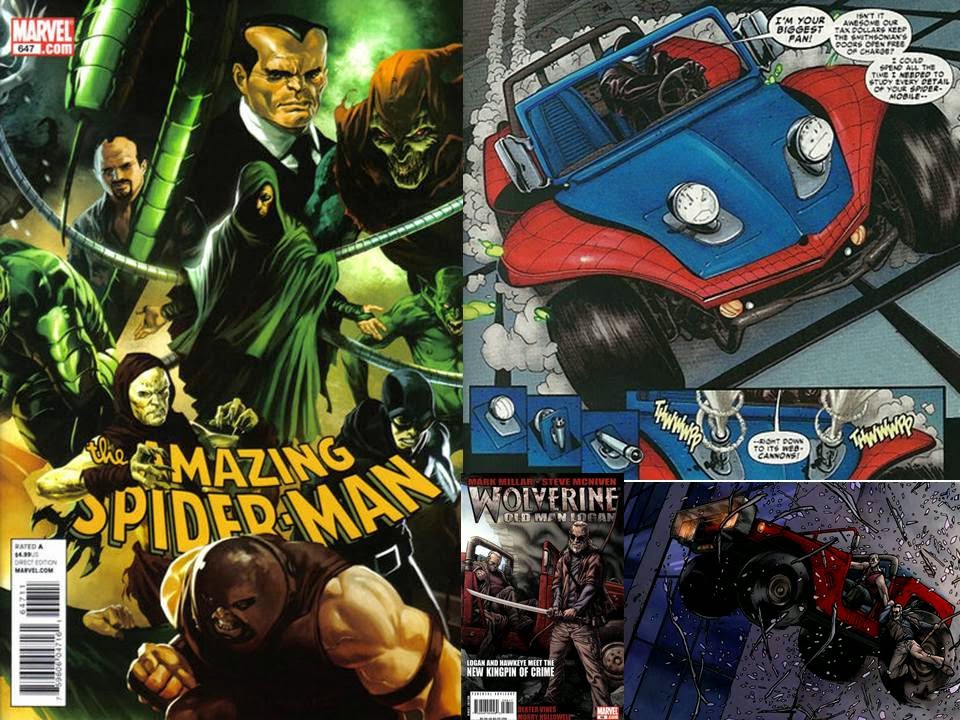 It even made an alternate future, where it had been upgraded even more…and was driven by Hawkeye (so he could help Old Man Logan in a run of Wolverine, easier to look for the “Old Man Logan” tradepaperback, though it is issues #66-72 in 2008 by Mark Millar and Steve McNiven!).

The Spider-Mobile might not be as famous as Batman's Batmobile, or even Green Arrow's Arrowcar, but it’s still….amazing! 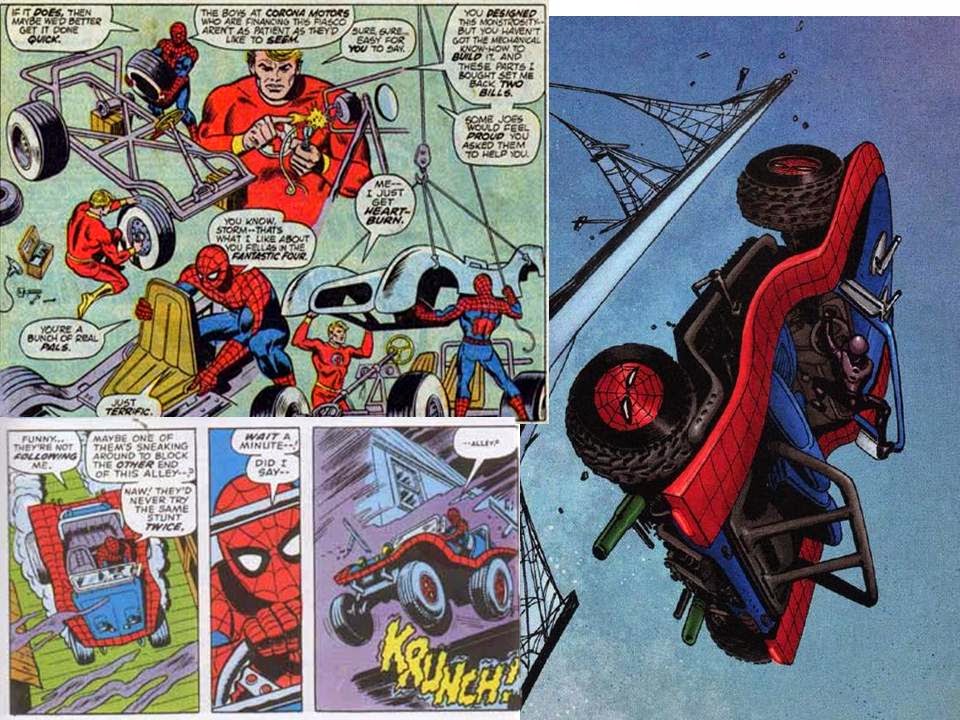