A New Look For an Old Green Lantern Cover

Comics changed with the Denny O’Neil/Neal Adams’ incredible work on Green Lantern #76 (April, 1970),  and that story has been reprinted more than a few times, as this series made comics more real and dealt with various social issues of the day as well.

But, there has also been a few variants on that classic cover!


Here's a little of the story behind those, and they are here...in there full glory! 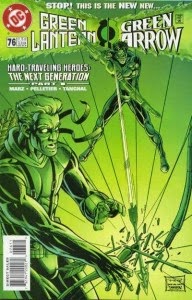 One of the earliest was in the 1990s, with the Green Lantern issue #76 (Late July, 1996) of that time, with Kyle Rayner meeting with Connor Hawke (the Green Lantern/Green Arrow of the time) and taking their own travels throughout America (with this cover by Paul Pelletier).

The journey wasn’t quite as long, but it did go back and forth from Green Lantern title to Green Arrow title (not an option back in the day, as Green Arrow didn’t have his own title back then, which is why he was in Green Lantern's title!).

The story ran from Green Lantern #76-77 and Green Arrow #110-111 as the Hard Traveling Heroes: The Next Generation! 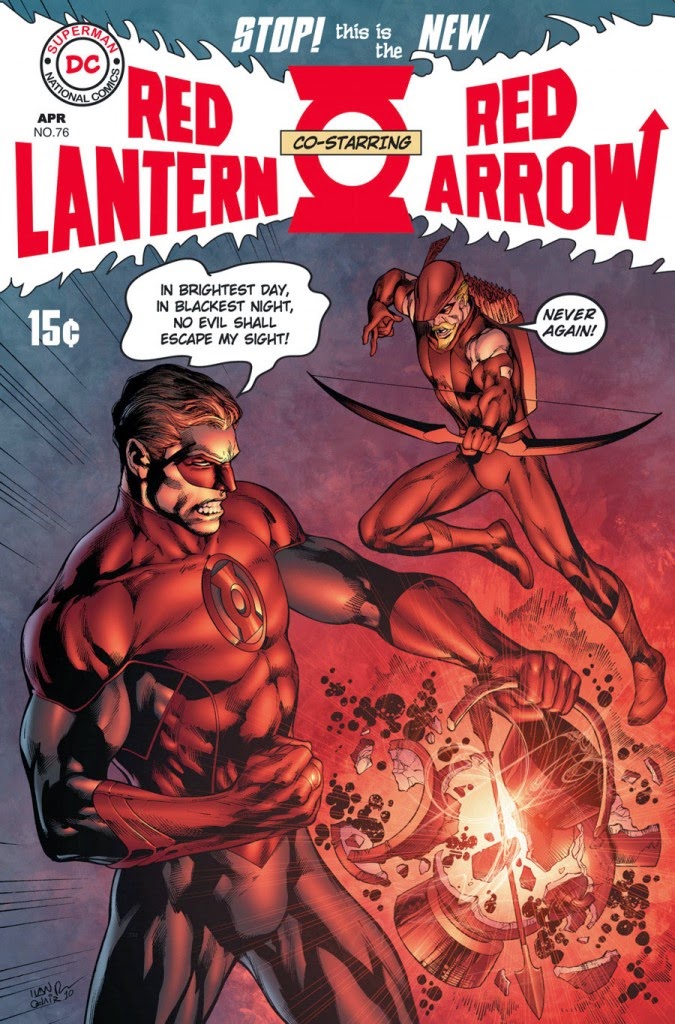 The Fox TV show Fringe provided what could be one of the oddest variants on the GL cover, as it created an alternate universe look at a few classic comics, substituting characters for each other on iconic covers.

Green Lantern and Green Arrow had a rainbow shift, and were turned red instead.  One has to wonder a few things about this doppler shift…like, what color is Hal‘s Red Lantern ring now vulnerable to?

Would Speedy grow up to become “Green Arrow” instead of “Red Arrow“?

What color would Black Canary have been? 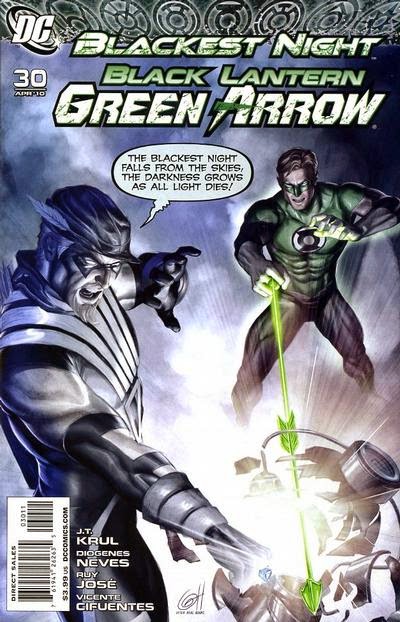 Here, in Green Arrow #30 (April, 2010, with cover by Greg Horn), the reanimated dead got into the act, as evil entity Nekron had turned a few of Earth’s heroes (including Green Arrow) into zombies with Black Power Rings in an attempt to end all life in the universe with the Blackest Night.

Green Arrow was forced to confront some of the things he had done wrong, with the help of his old buddy, Green Lantern (Hal Jordan), and pretty bird Black Canary.

A slightly darker look at how Green Arrow had fallen hard (and a slight reversal, as it was Green Lantern back in the day who had been the hero who had the ego in need of adjustment, and the hotheaded Green Arrow instead became the man in need of change)! 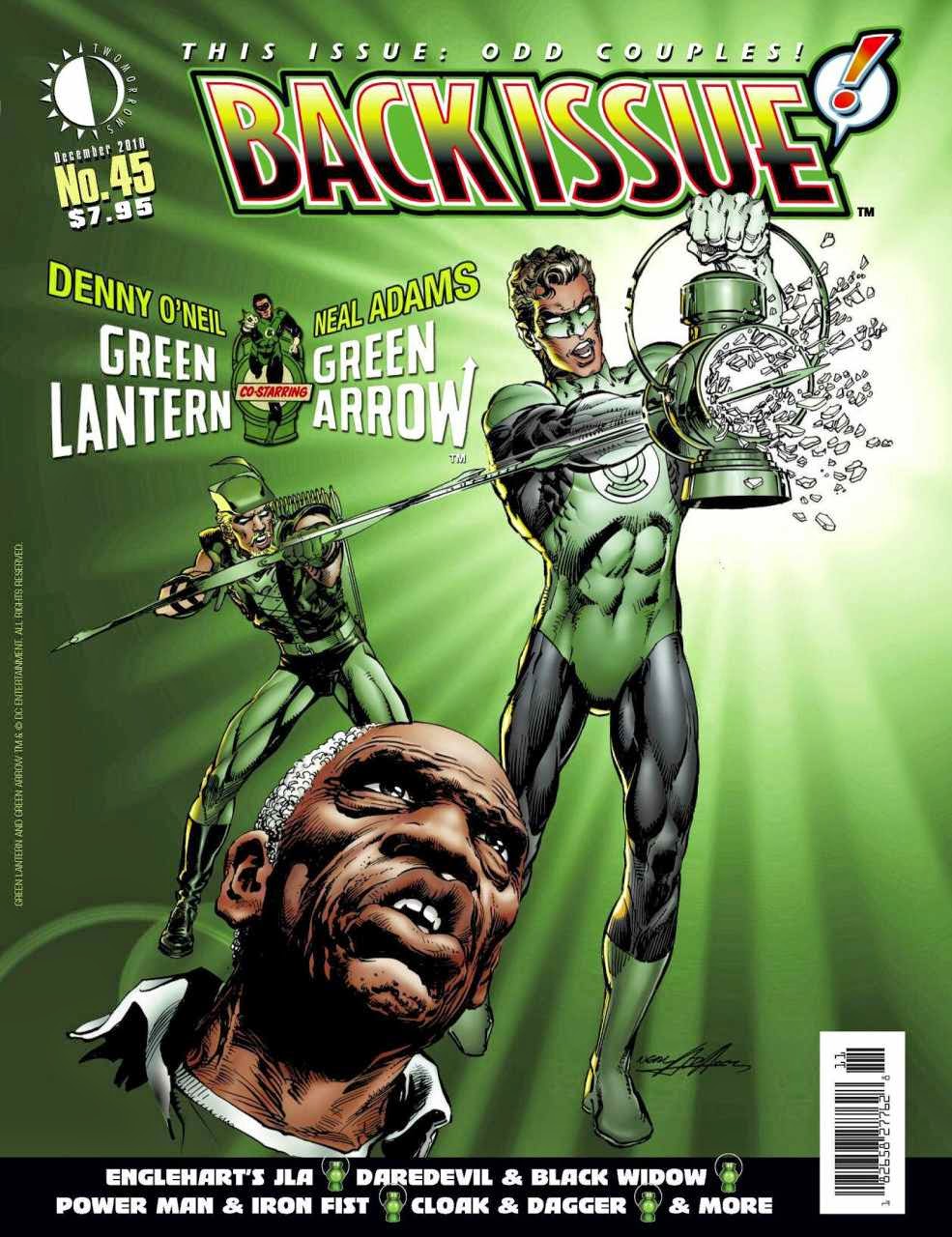 Neal Adams himself provided his own variant recently, as seen on the cover of Back Issue #45, which contains an overview of the classic issues from Green Lantern #76-89 and Flash #217-219 with an article by noted comic historian John Wells.