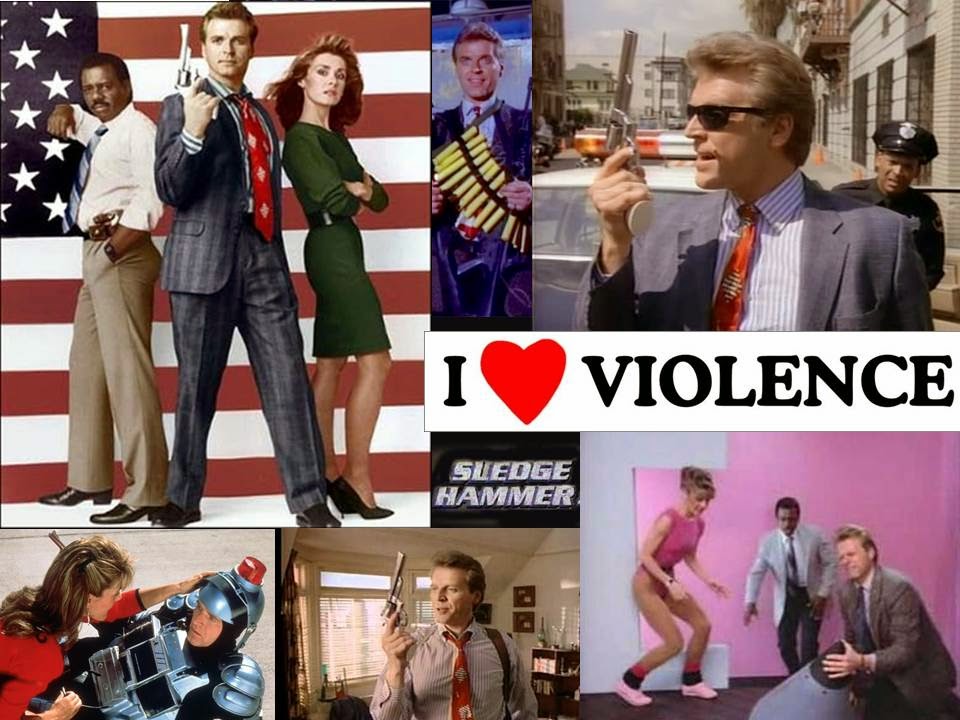 For two years, over excited and hyper violent police officer Sledge Hammer (played by David Rasche) kept his city by the bay safe, all the while talking to his trusty magnum and a car with an "I (heart) Violence" bumper sticker. 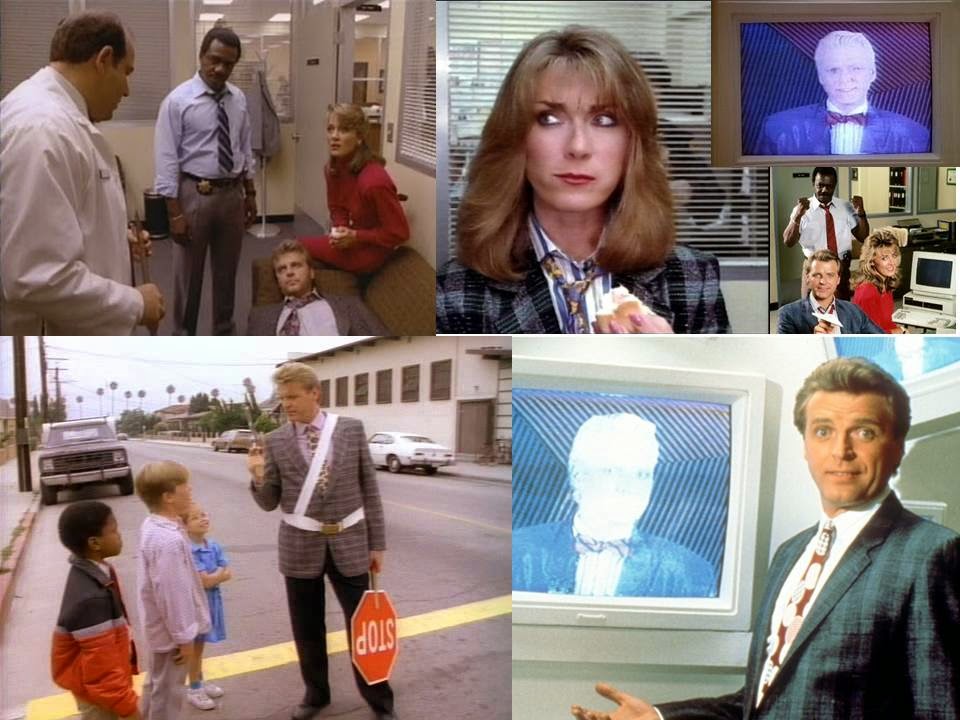 Partnered with Dori Doreau (Anne-Marie Martin) and ever frustrated police captain Trunk (Harrison Page), this satire lampooned the Dirty Harry movies in the style what Get Smart did to James Bond, and other pieces of the period (like Max Headroom and Robocop).  A great TV show (and creator Alan Spencer maintains sledgehammeronline to keep the show alive!).

This seems like an odd choice for a comic book series? 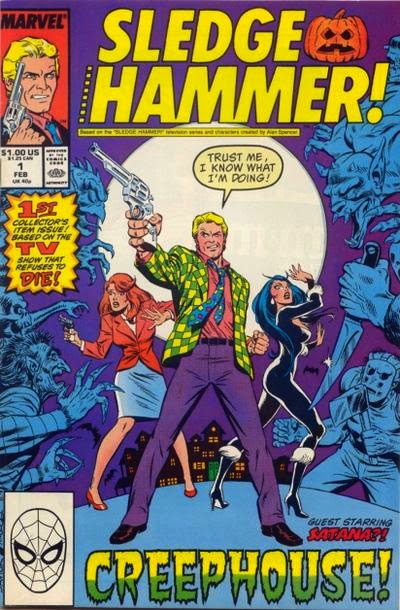 Sledge Hammer #1 was cover dated February, 1988 and featured Sledge and Dori helping a late night horror host, patterned after Marvel's own Satana, in "The Attack of the Famous Monsters of Filmland!" in a story by Jim Salicrup with art by Alex Saviuk (who also drew the cover).

The comics broke the tradition of having Sledge work an unnamed city (as San Francisco wanted nothing to do with the TV show...). 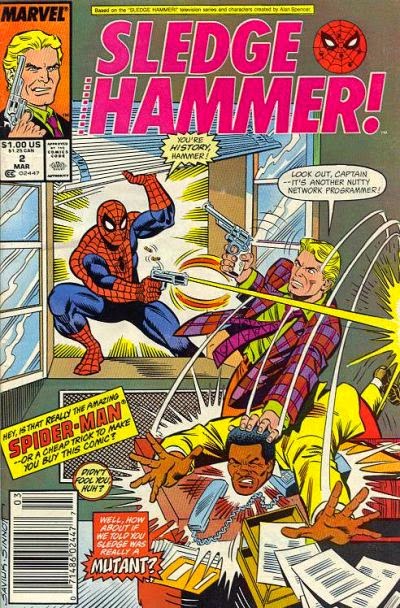 Sledge Hammer #2 came out in March, 1988, also by Salicrup and Saviuk...and had Sledge facing off against a Spider-Man impersonator, and, in a failed attempt to get readers, claimed Sledge as a mutant on the cover (as, in the late 1980s, any relation to X-Men helped sell a comic....).

Still, the comics and the series remain as a tribute to a time when we all could laugh at ourselves, and not take things so seriously! 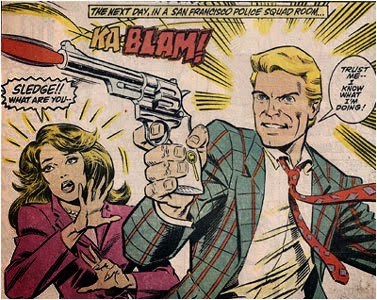 Posted by Dave's Not Here Comic Blog at 7:53 AM