Here's a few of the exclusives Mattel has to offer at the 2014 San Diego Comic Con!

Masters of the Universe 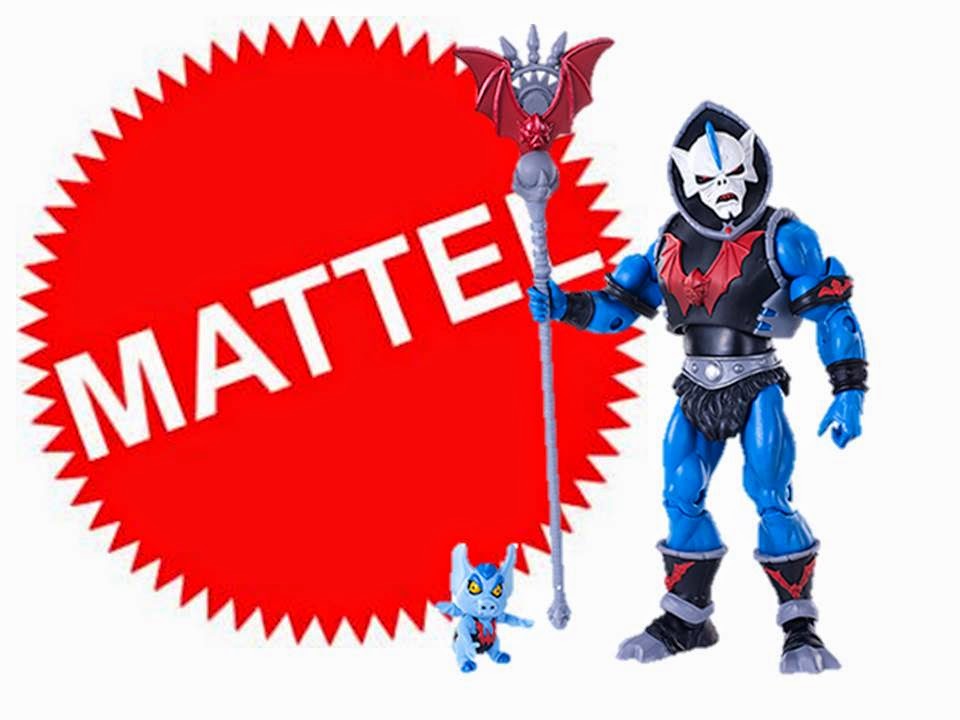 Celebrate the 30th anniversary of She-Ra® and Princess of Power® with the first-ever Filmation-style Hordak® figure! Inspired by his ‘80s animated appearance, complete with blue skin and interchangeable cannon/”human” arms, this figure includes a snap-on claw hand for his cannon arm and a Horde magic staff. Joining Hordak® is his sarcastic sidekick from the series, Imp, in his first appearance as a Classics figure.

Added Bonus Only at SDCC! When you purchase this Hordak® figure at the show or pre-order the figure to be picked up at the show, you also get a bonus “Imp as a Treasure Chest” figure! Packed in a separate poly bag (not on the blister card with Hordak® and Imp above), this special item is available only at SDCC and will not be included with the Hordak® with Imp figure sold at MattyCollector.com after the show. First come, first served. (Not pictured...)

It will also be available at MattyCollector.com on August 5, 2014, without the bonus “Imp as a Treasure Chest” figure. 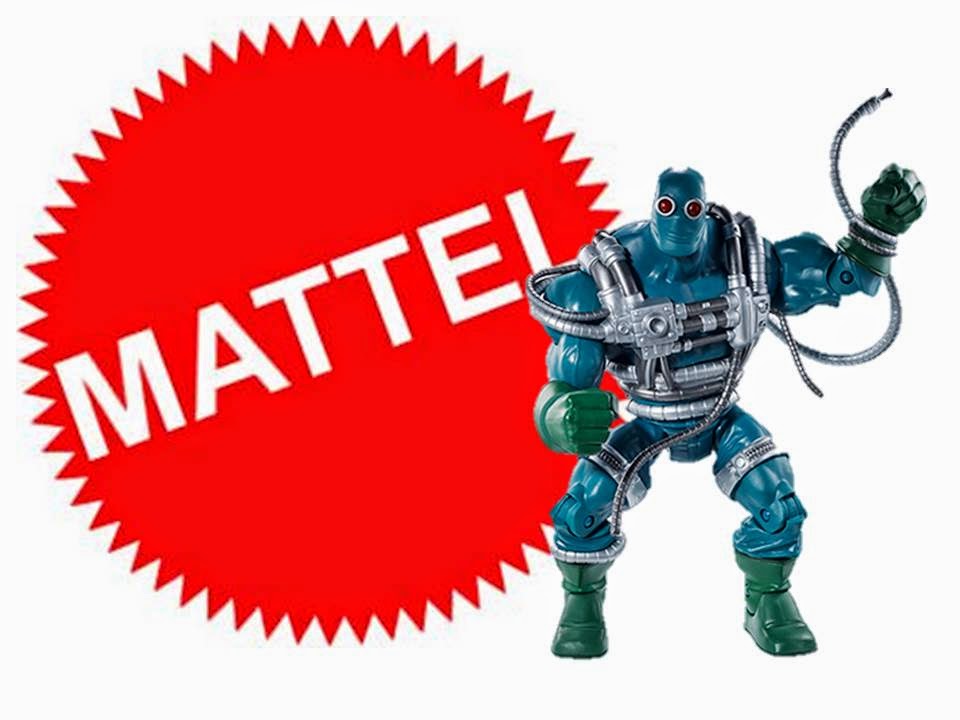 The line might be rolling to an end, so what better way to end than with Doomsday?

One of the most demanded figures in the DCU Classics Signature Series finally arrives! This massive maniac had the ultimate face-off with Superman™ in the best-selling issue of Superman #75, and now, he joins our DC Universe Classics line. Standing at over 9” tall with 16 points of articulation, the unstoppable killing machine arrives in his containment suit. Doomsday comes in a custom window box that pays homage to the cover of Superman: The Man of Steel #18, the issue where he made his first full appearance. 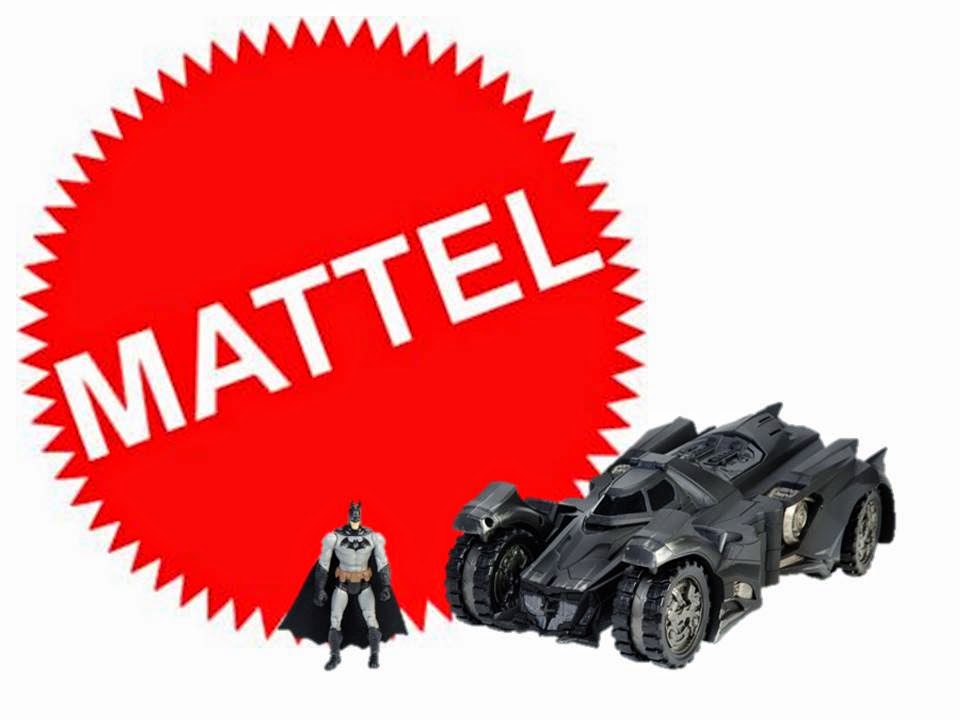 In the video game, Batman™ battles all-new threats in Gotham City with the help of an arsenal-equipped vehicle. This Batman™: Arkham Knight Batmobile features premium, highly-detailed deco and authentic sounds straight from the game, and much more!

The vehicle comes with an articulated DC Comics™ Multiverse Arkham City Batman™ figure with a fabric cape allowing Batman™ to sit in the driver’s seat! 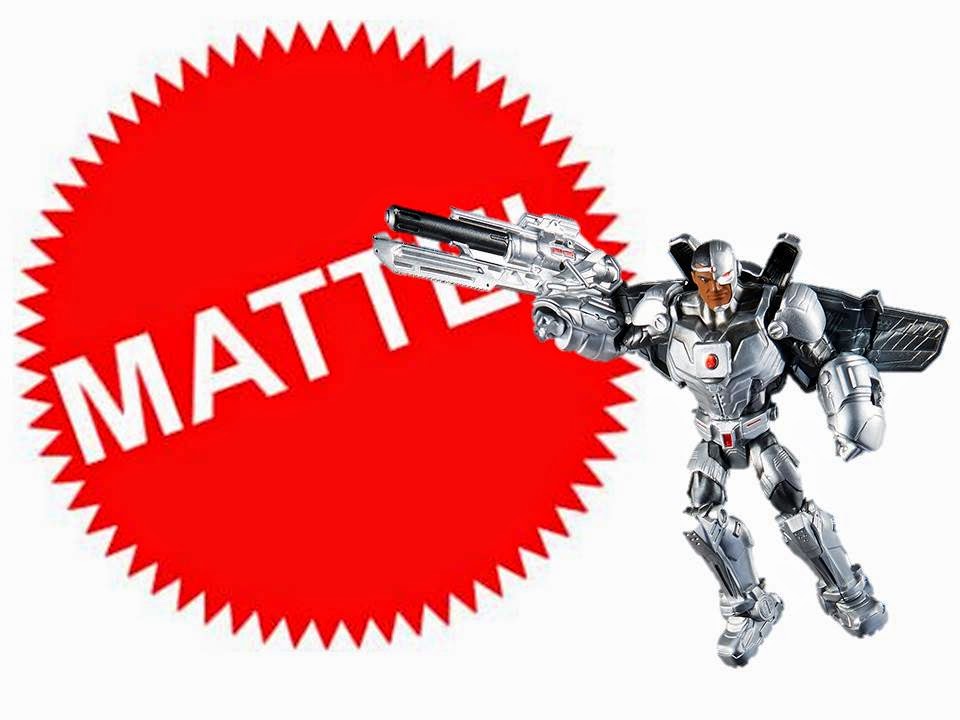 Tech-equipped Cyborg joins the Total Heroes™ lineup! As homage to the Super Powers Cyborg figure, this figure has silver VUM deco, and arrives with two interchangeable heads, his classic look and an updated stylized version, as well as three sets of hands. This hybrid of man and machine brings with him a tool and gear for just about any job he might encounter, including a Mega Blade, a Concussion Cannon and a Sonic Scrambler (all  of which fit onto his arms), and a Jetpack with Airfoil Wings so he can take to the air! 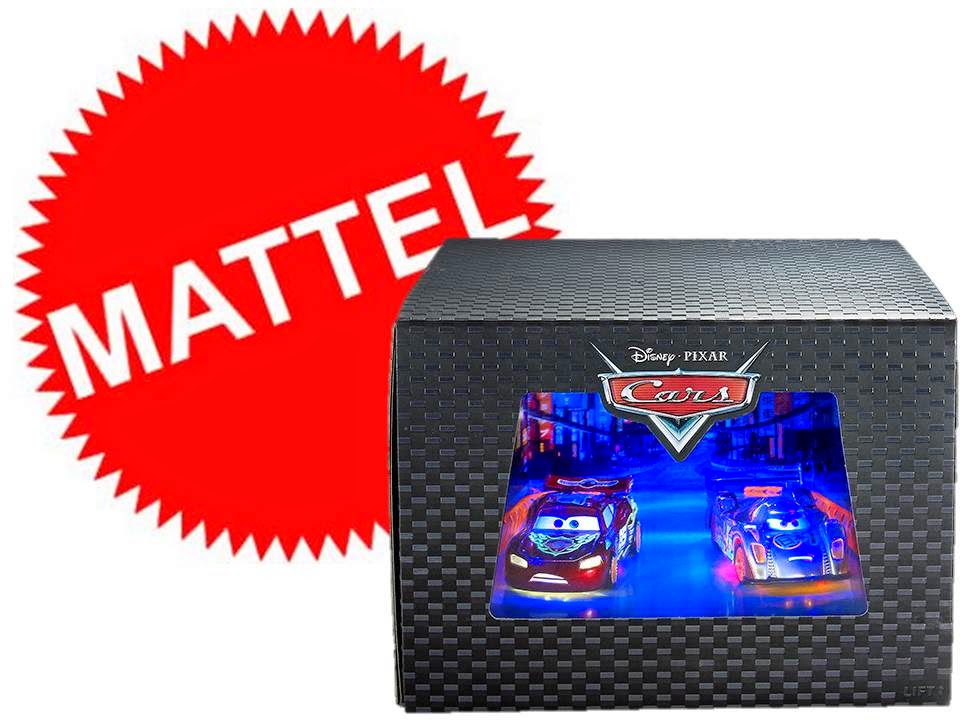 Welcome to Japan! Shu Todoroki is hosting an endurance night race from Mt. Fuji to Tokyo’s colorful Ginza District. Get ready to experience the exciting world of neon racing!

In Japan, the presentation of a gift is as important as the gift itself. You can experience this Japanese tradition with the 2014 Special Edition Neon Racers Gift Pack. The specially designed furoshiki, Japanese wrapping cloth, features comic book-style illustrations of the Neon Racers story. Open the wrap and you’ll find a racing diorama with die-cast characters Lightning McQueen and Shu Todoroki illuminating the streets of Tokyo in their amazing customized lighting and neon deco.
Please enjoy! Tanoshinde kudasai!

Posted by Dave's Not Here Comic Blog at 6:49 AM