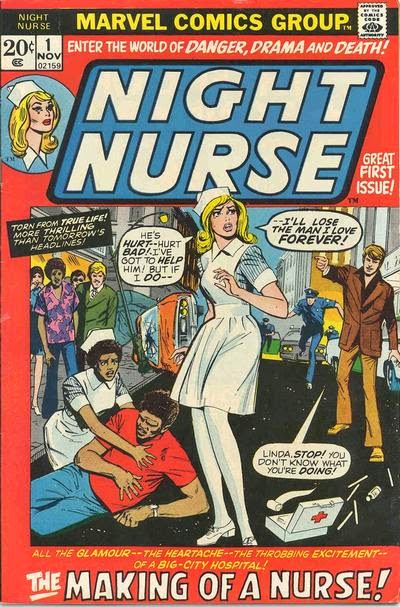 One of the things we should all give thanks for are the doctor’s assistants, and those that help you recover, the nurses!

Marvel Comics even featured nurses in their attempt at medical soap opera, the title of Night Nurse, that started in November, 1972 and asked you to “enter the world of danger, drama and death!”.

Night Nurse focused on three student nurses in a big city, blond Linda Carter, brunette Georgia Jenkins and redhead Christine Palmer.  The issues were written by Jean Thomas (wife of writer/editor Roy Thomas) and drawn by Win Mortimer (known more for his work with Batman in Detective Comics, Superboy and Supergirl in Adventure Comics, and in Superman Family on Lois Lane, Jimmy Olsen and Supergirl as well as on Spidey Super Stories with Spider-Man).

The Support Team Behind The Nurse 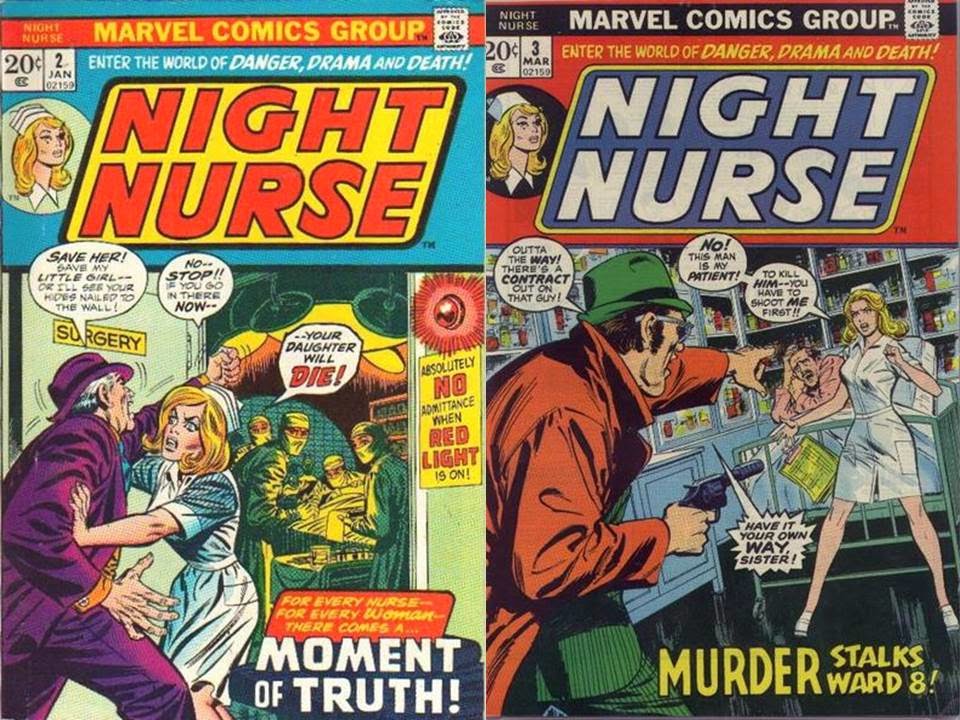 The stories don’t even deal with the rest of the Marvel Universe of the time, focusing instead on the relationships of the ladies, and problems like blackouts and the mob…at least until the fourth issue, focusing on Christine Palmer and ghosts (with a great cover by John Romita and Joe Sinnott…the other covers were by Win Mortimer)….and the series ended with #4 in May 1973.

The Return of the Night Nurse 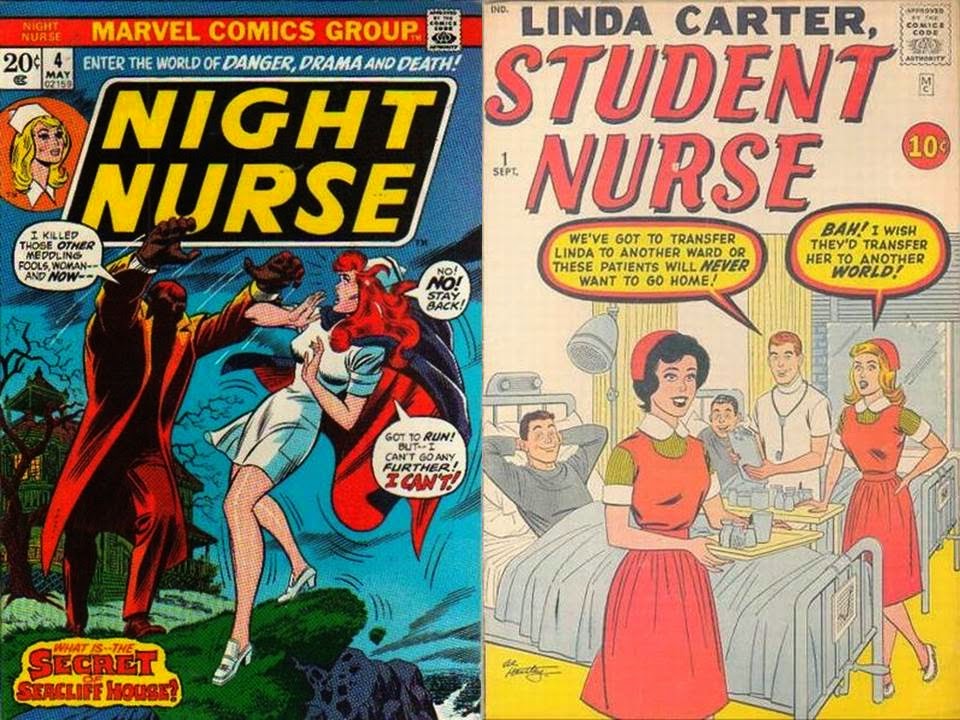 But, that wasn’t the end of the Night Nurse, as a Night Nurse came back to help Daredevil in Daredevil #58 (May 2004) (and that was her identity, later to be revealed as Linda Carter…no relationship to the Lynda Carter who played Wonder Woman in the later 1970s, by the way).  Linda Carter also returned to hook up with Doctor Strange in the Doctor Strange: The Oath mini-series, as well as siding with Captain America’s team during Marvel’s Civil War, but these times, she had moved up from being a nurse to being a full-fledged doctor.  Christine Palmer also returned during the 2004 Nightcrawler mini-series…. 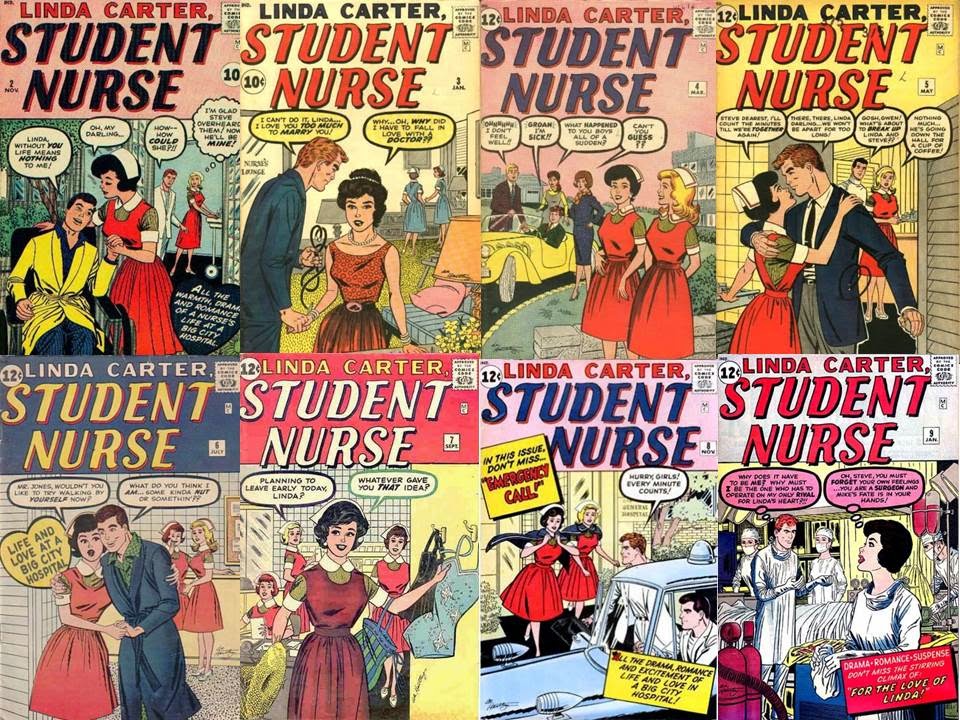 …but it doesn’t end there.  Appears there was a series published by Atlas Comics (the precursor to Marvel), staring (and titled) Linda Carter, Student Nurse that had a nine issue run from September, 1961 to January, 1963, with art and coves by Al Hartley and stories by Stan Lee…and that was the same Linda Carter as was in Night Nurse (even if she was a brunette then)!   Seems these nurses can travel time and space as well, being great doctor’s companions (and, wasn’t there another Doctor who had companions…specifically a blond, brunette and a redhead…that we’re all thankful for?)
Posted by Dave's Not Here Comic Blog at 6:30 AM