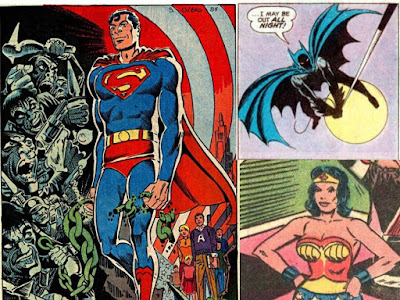 The comic industry is mourning the loss of one of its greats, Steve Ditko, the co-creator of Spider-Man (and many of his foes, like the Sinister Six) and Doctor Strange.  A little less well known is some of his DC work, on characters of his own, such as the Creeper and Hawk & Dove.

But, in a career that spanned decades, Steve Ditko worked on DC trinity only a few times, and this seems like a great time to take a look at those pieces of work. 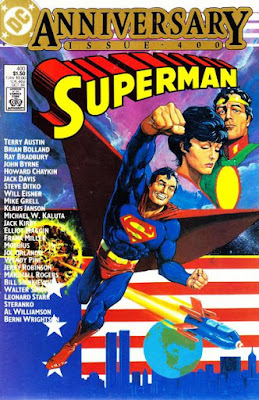 In Superman #400 (October, 1984), under a cover by Howard Chaykin, was an incredible opportunity to see artists at the time who normally did not work on Superman.

Along with multiple stories exploring the various legends of Superman (including a multi-generational saga by comic legend, Jim Steranko), there were various pin-ups of the Man of Steel within the issue, done by a laundry list of who's who in the comic community....and, individuals who had not normally drawn Krypton's last son. 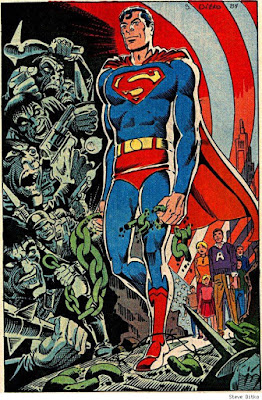 One of those was Steve Ditko, who did this impressive piece...

...wonderfully capturing the iconic image of the Man of Steel in that Ditko style.

It makes me sad that Ditko had not gotten the chance to do more Superman work, seeing how well this particular piece worked out.... 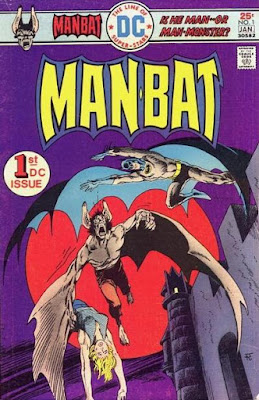 Next up, Steve Ditko draws the darknight detective, Batman...


Man-Bat, an odd character himself, with a bit of a history before this issue, really came into his own with this, the first of two issues of his own title, here facing off against a sorcerous foe, Baron Tyme. 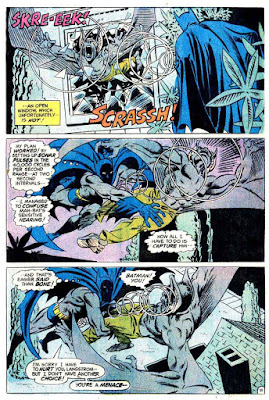 Ditko really gave an impressive look to Batman on every page he drew the hero, who was there to face off against Man-Bat, due to the magical manipulations of Baron Tyme.

Though Ditko would not get any more opportunities to draw Man-Bat, he did get another shot at Baron Tyme, in a back up featuring Jack Kirby's Demon in Detective Comics. 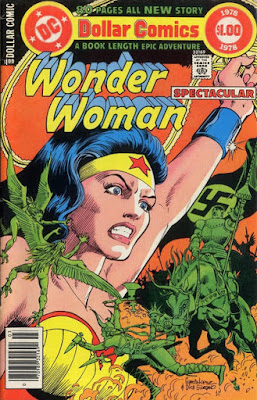 Last, but not least, a hard battle to find a version of Steve Ditko's Wonder Woman, which eventually paid off with a lengthy search of the Wonder Woman Spectacular, published under the title of DC Special Series #9 (1978), this under a disturbing cover by Jose Luis Garcia-Lopez and Dick Giordano.

In the 1970s, thanks to the first year of Lynda Carter's Wonder Woman TV series, DC pushed the comic adventures of Wonder Woman back to World War II, in her regular issues, as well as in a few back-ups in World's Finest Comics.  This issue featured a jam of different artists including Russ Heath....and Steve Ditko. 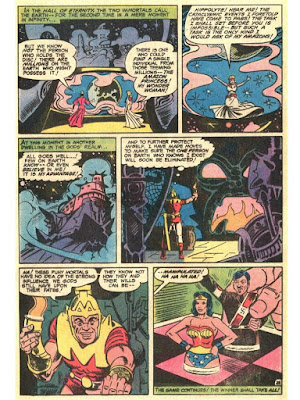 But, it was a bit of a search to find any panels of Wonder Woman drawn by Ditko....as his parts of the story focused on the Amazons and the Olympians, some truly stunning work by a man known more for his gritty realism, but lacking in a certain Amazing Amazon who was the focus of the book....at least until you hit one page, where god of war, Mars, was looking over a chessboard, with pieces he was manipulating, including Wonder Woman and Hitler. 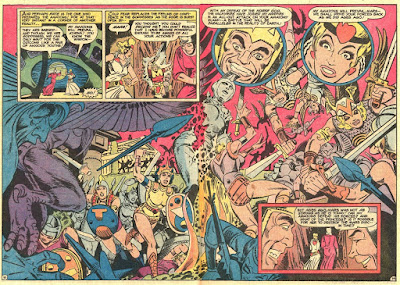 It is worthwhile to take a look at one of the two page spreads, done by Ditko as well, just to show that he did quite the job with this topic he usually didn't cover....


More would be said, but quoting from the man himself from this profile on Steve Ditko, with his works of the Creeper, Hawk and Dove, Stalker, the Odd Man, Shade the Changing Man, and his outer space prince Starman... 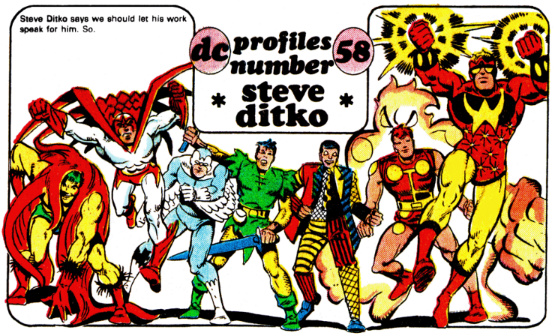