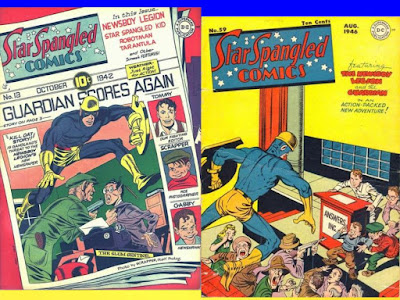 Back in the 1940s, kids were regularly put in danger...even by super-heroes (though, back then they were called mystery men....except for the ladies that fought crime, of course).  One of the more interesting of the lot was the Guardian, a beat cop in Suicide Slum (a part of Metropolis), who worked with a group of kids, the Newsboy Legion, stopping crime and other trouble in tales mostly by Jack Kirby and Joe Simon. 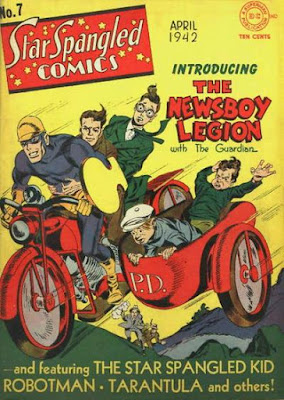 The first tale of the Guardian and the Newsboy Legion appeared in Star-Spangled Comics #7 (April, 1942) by Joe Simon and Jack Kirby, where readers were introduced to Officer Jim Harper, who has criminals hand him his head....so, to get back at them, he designs a costume, learns to fight, finds those criminals and turns them over to the police, taking the name of the Guardian, which proves to be apt for Harper's alter ego, as Harper finds four hooligans on the streets, but instead of having them thrown in jail, agrees to become their guardian.  The boys, who then peddle papers as the Newsboy Legion, are talkative Gabby, feisty fighter Scrapper, tall and intelligent Big Words and the handsome leader of the group, Tommy (Tommy Tompkins), suspecting officer Jim Harper to be the Guardian, and helping the sometimes over his head hero out on his cases. 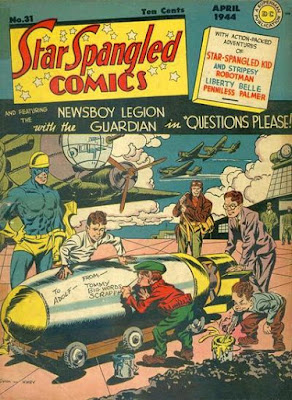 The Newsboy Legion (who were the stars of the feature) and their adult sidekick continued their adventures in Star-Spangled Comics, and even worked with the Golden Age Sandman and the Boy Commandos in Boy Commandos #1 (Winter, 1942) and Detective Comics #76 (June, 1943) being a part of very few series crossovers at the time.  Sadly, Jack Kirby and Joe Simon did not cover all of the Newsboy Legion's adventures, and after they were gone (having to be in the war for a time, then coming back, with their last issue appearing in Star-Spangled Comics #59 of August, 1946), the series didn't last long, ending with Star-Spangled Comics #64 (December, 1946, with art by Curt Swan and Steve Brodie), with the Guardian last appearing in the prior issue. 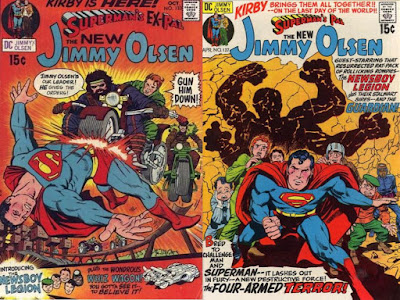 Jack Kirby came back to DC Comics in the 1970s, and brought the Newsboy Legion back with him.  Jack Kirby worked on Superman's Pal, Jimmy Olsen from issues #133 (October, 1970) to #148 (April, 1972), bringing the Newsboy Legion back as the sons of the original Newsboy Legion (with the same nicknames), with the adults now being scientists at the DNA Project, creating odd genetic menaces for Jimmy Olsen (who now had five sidekicks to help him, as Flippa Dipper, who was the son of another scientist at the facility and the Whiz Wagon for transport). 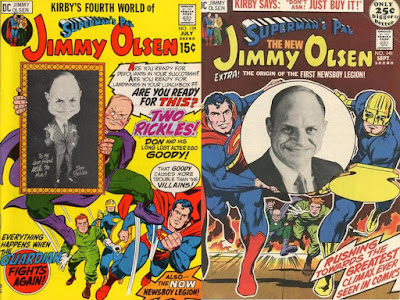 In Superman's Pal, Jimmy Olsen #135 (January, 1971), readers met the Golden Guardian, a clone of the original Guardian created by the original Newsboy Legion from DNA from Jim Harper, who had been killed by members of Inter-Gang, a group of organized criminals who received superior weapons from Darkseid of the Apokoliptian New Gods as a part of Kirby's Fourth World work, along with New Gods, Forever People and Mr. Miracle.  The Newsboy Legion and Golden Guardian pretty much faded from Superman's mythos at the time, other than one quick exit in Superman's Pal, Jimmy Olsen #150, and a few issues of Superman Family in the #190s.... 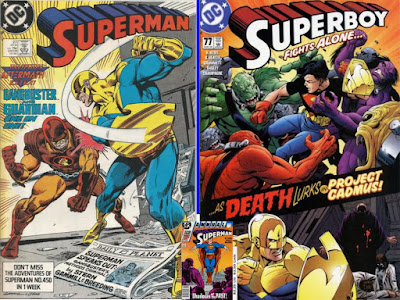 Still, the Newsboy Legion and the Guardian were now a part of Superman's back story, and, after the Crisis on Infinite Earths, were reintroduced to Superman in Superman Annual #2 (1988), with a few changes (the boys now being clones of the original Newsboy Legion who were given full real names: Gabby/John Gabrielli, Big Words/Anthony Rodriguez and Scrapper/Patrick MacGuire, and the Guardian being a cloned body of Jim Harper with Jim Harper's memories), all stemming out of Project: Cadmus. 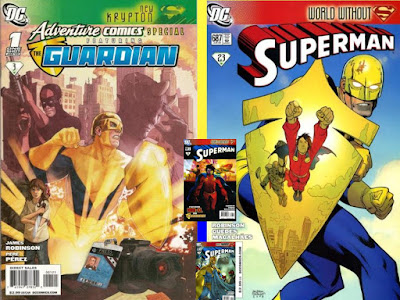 This was the location Superman went to when he needed biochemical scientific assistance (and he wasn't working with S.T.A.R. Labs).  Later, when Superman was thought dead after a battle with Doomsday, Cadmus created the clone of Superman, who escaped and later became Superboy (who worked with Project: Cadmus, the Guardian and the Newsboy Legion, as well as Young Justice and the Teen Titans for a time as well), and Guardian returned later to deal with Mon-El replacing Superman for a time, and the possible death of the original Newsboy Legion members. 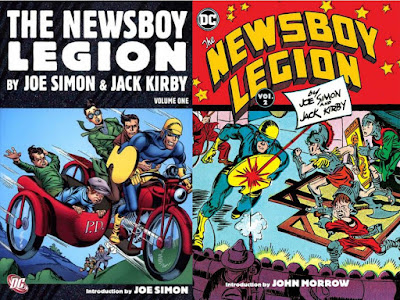 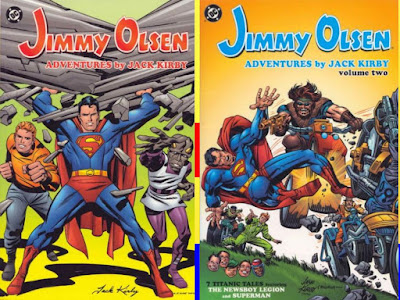