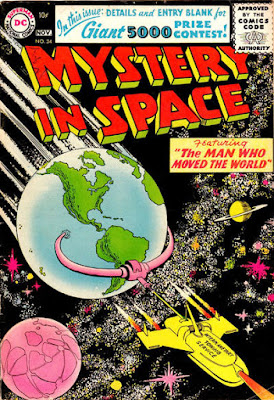 Remembering artist Gil Kane on his birthday, with a pair of covers he drew!

Gil Kane was an artist who changed the world on Green Lantern, Atom, Spider-Man and more, and Gil provided the cover to Mystery In Space #34 (October-November, 1956), which featured the story of "The Man Who Moved The World" by John Broome and Sid Greene.


Though Gil didn't do any work on that story, he did draw the Space Cabbie feature in the issue. 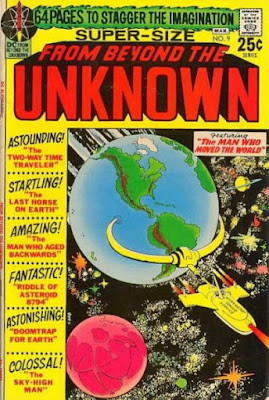 This story of "The Man" found itself reprinted in From Beyond The Unknown #9 (February-March, 1971), with the art slightly altered (this man was an aimless wanderer looking for something to do...not knowing his own fate).

A Gil Kane drawn story was reprinted in this issue (from Strange Adventures #108 of September, 1959), "The Last Horse On Earth"...


....with a space cowboy who used a robotic steed, that everyone ridiculed the cowboy for having (and the cowboy based himself on the western Johnny Thunder (Gil co-created Madame .44, in All-Star Western #117 of February-March, 1961)... 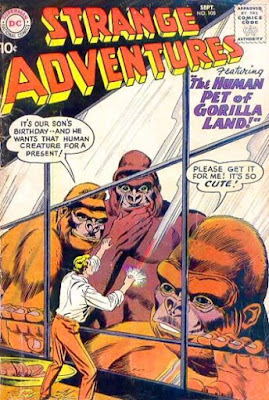 ....though the Strange Adventures story of a human held by gorillas, only had a cover by Gil Kane.

Still, no monkeying around, but remembering the talent of Gil Kane!

Email ThisBlogThis!Share to TwitterShare to FacebookShare to Pinterest
Labels: DC Comics, From Beyond The Unknown, Gil Kane, Mystery In Space