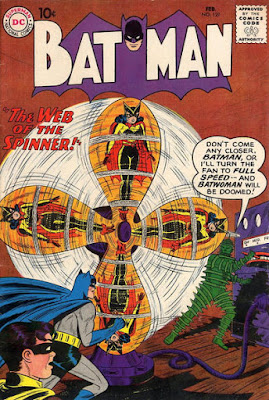 Back in the day, Batman and Robin faced many a strange foe, and one of them was...the Spinner, and he happened to be Batwoman's biggest fans!


Premiering in Batman #129 (February, 1960 by Bill Finger, Sheldon Moldoff and Charles Paris) in "The Web Of The Spinner", Batman and Robin were chasing the green armored villain, the Spinner, while Batwoman searches for Swami Ymar, a leading criminal running his own racket on the wealthiest of Gotham City.  The heroes paths intersected, finding out the secret of who was under the Spinner's spinning helmet!

Then, that was it for the Spinner! 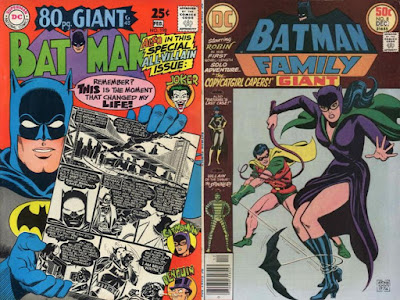 True, the Spinner's story was reprinted in Batman #198 (January-February, 1968, under a Carmine Infantino/Murphy Anderson cover), and then again in Batman Family #8 (November-December, 1976 under an Ernie Chan cover, with Robin facing Catgirl, who was another villain in disguise), but he really was a one and done villain (with the secret that the Spinner was really the Swami!). 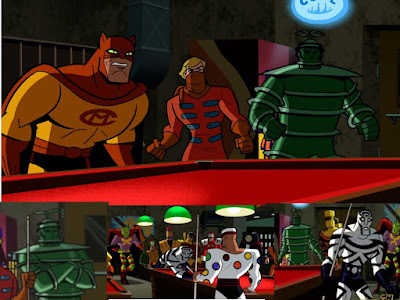 Still, he must have made an impression on someone, because he also ended up as a background villain on the animated Batman: Brave and the Bold series, with such luminaries as Mr. Polka-Dot, Zebra-Man, the Eraser, Calendar Man, Cat-Man, Cluemaster and Killer Moth!

That anyone remembers the Spinner makes me dizzy!
Posted by Dave's Not Here Comic Blog at 4:00 AM