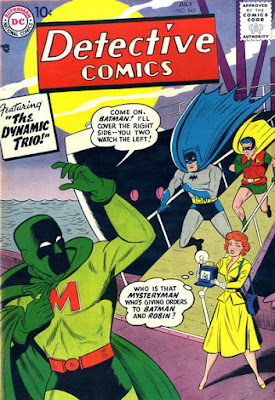 Batman isn't quite up to the task, with Commissioner James Gordon being ordered by the mayor to call in the dynamic duo to help against smugglers...and Batman and Robin become "The Dynamic Trio", adding Mysteryman to the group in Detective Comics #245 (July, 1957), with the story by Edmond Hamilton, Sheldon Moldoff and Charles Paris.


Reporter Vicki Vale wonders who Mysteryman is, and how he's able to order around Batman and Robin, following him around as they capture villains and thugs, first thinking he was a robot, then, believing him to be Superman.... 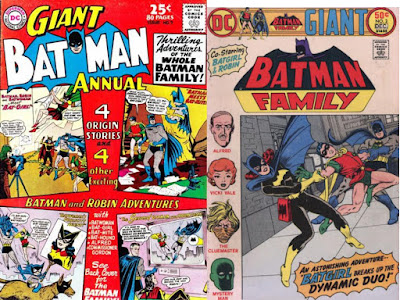 Mysteryman only had the one appearance, but that appearance was reprinted in Batman Annual #7 (Summer, 1964), Batman Family #2 (November-December, 1975) and in the Batman Annuals Hardcover #2 of 2010 (and the name of that man is on the reprint covers), but he also had a one page cameo in Kingdom Come #4 (August, 1996) with an unexplained appearance...

Or keep reading for the solution!

The secret of Mysteryman was discovered  by Vicki Vale.... 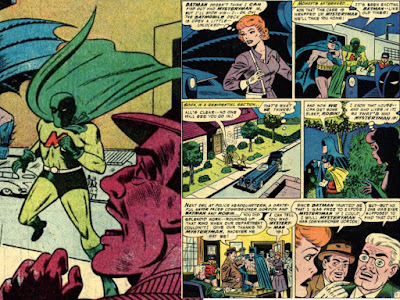 ...the man who did not want to disobey the mayor, but wanted to continue on the case, the Gotham Commissioner James Gordon!
Posted by Dave's Not Here Comic Blog at 4:34 AM