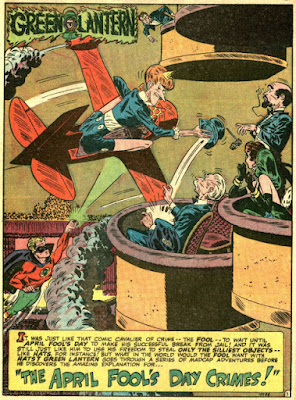 
Haven't heard of the Fool?


Most people haven't.  He didn't even make the covers in the Golden Age of his very few appearances as he menaced Green Lantern Alan Scott with his toy trickery! 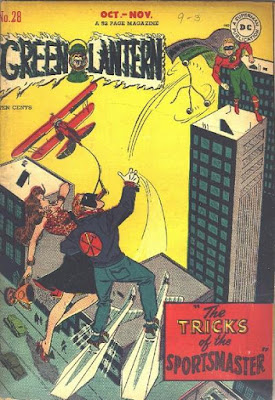 The Fool first appeared in Green Lantern #28 (October-November, 1947) when "The Fool Came To Town" by John Broome and Alex Toth to fight against Green Lantern, after using chewing gum to blow a bubble to allow him to escape prison.


After landing, he fashioned himself a simpleton's costume, complete with dunce cap, and tried to steal from a charity program of Alan Scott's radio station, which led him into conflict with Green Lantern, eventually returning the Fool to Gotham prison.


The Fool didn't make the cover, Sportsmaster did. 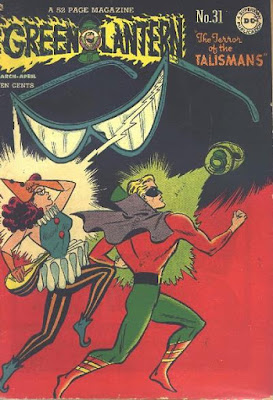 The Fool returned in Green Lantern #31 (March-April, 1948) by John Broome and Alexander Toth, with "The Beauty and The Fool".


This time around, the Fool stole Pop-Jacks Candy boxes (to hide diamonds in, having heard that the manufacturer hid diamonds in one box), and after facing toy trains, Green Lantern captured the Fool, yet again (and this time, the cover was taken by the Harlequin...


..another of Alan's reoccuring foes, though this beauty was not the beauty of this tale, that was instead a lady reporter). 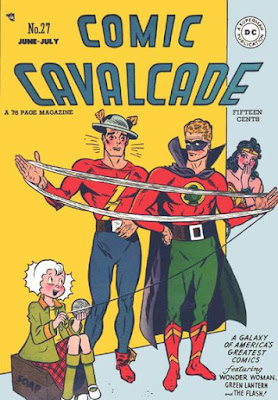 Last, but not least, the last appearance for the Fool, from Comic Cavalcade #27 (June-July, 1948) by John Broome and Alex Toth....that story that relates to the day...with "The April Fool's Day Crimes".


This time around, the Fool escaped prison on April 1st to steal hats (really a feint to allow him to steal priceless artwork and to vex Green Lantern and his pal, cab driver Doiby Dickles).

Another issue without the Fool on the cover (this time, Green Lantern, Flash and Wonder Woman....). 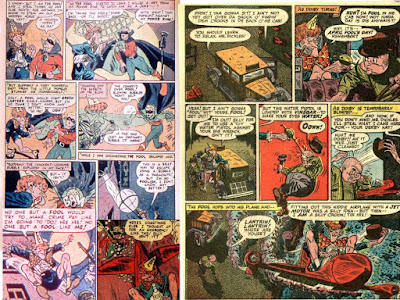 Sadly, none of these Golden Age stories have been reprinted...